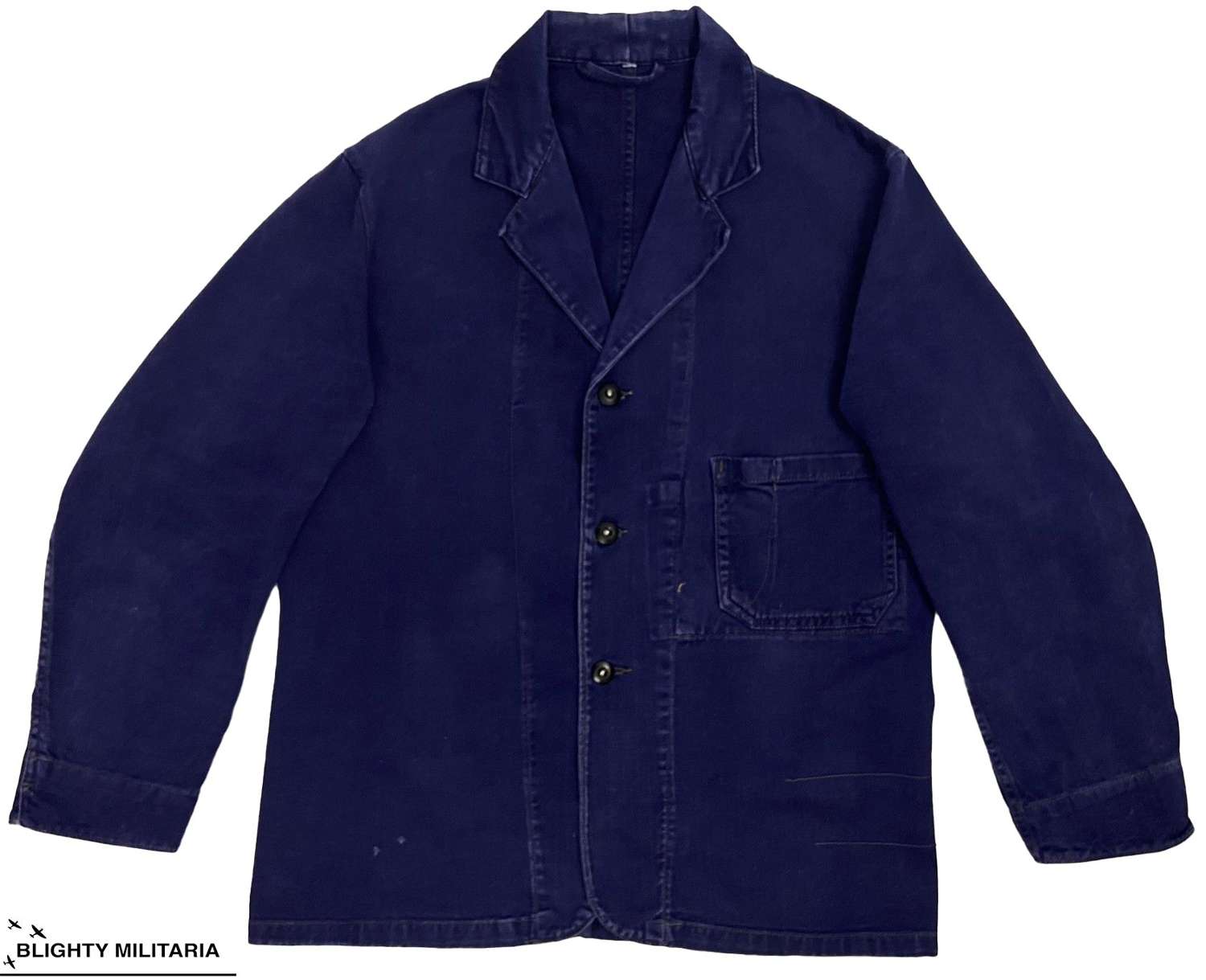 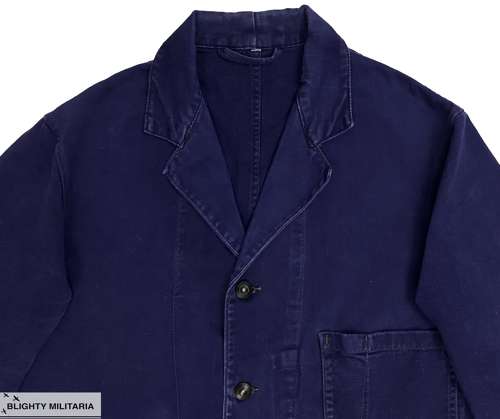 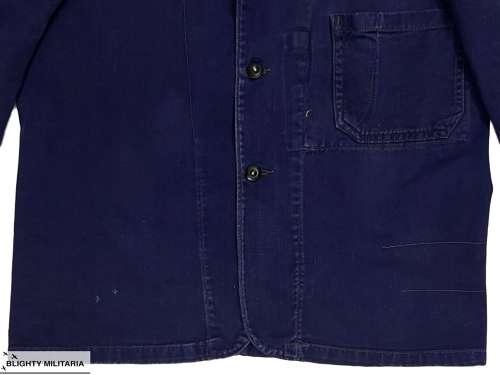 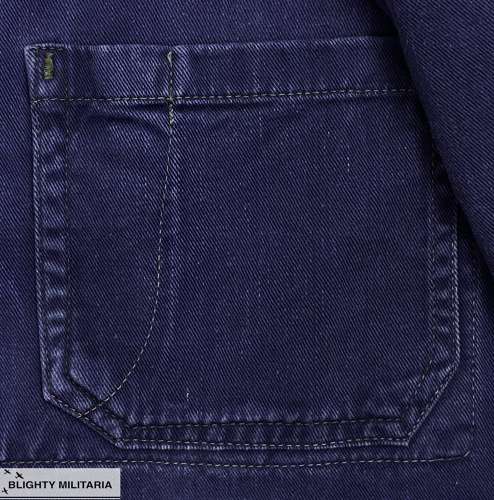 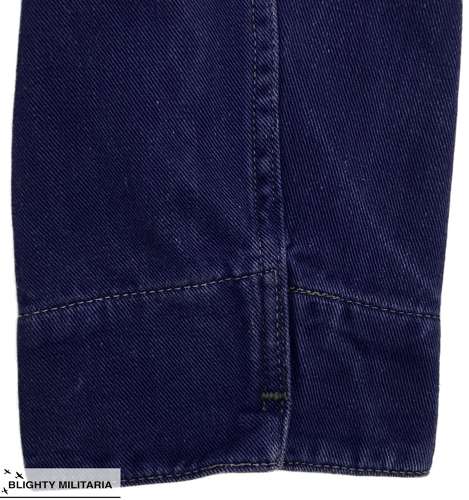 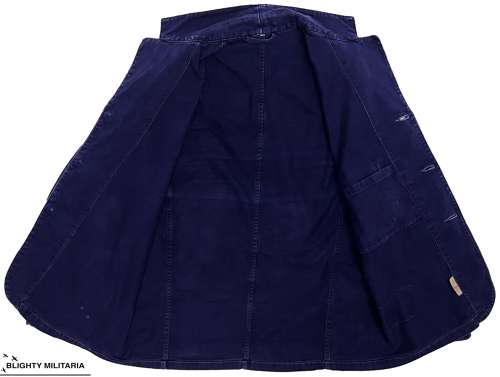 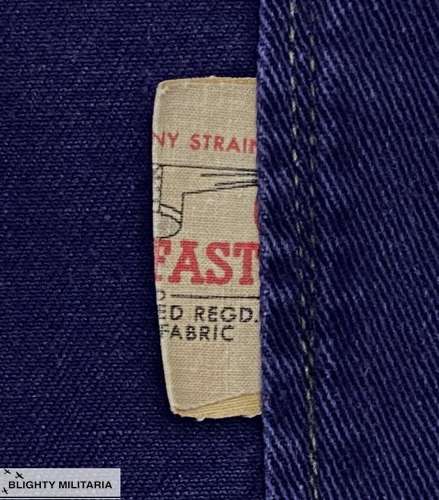 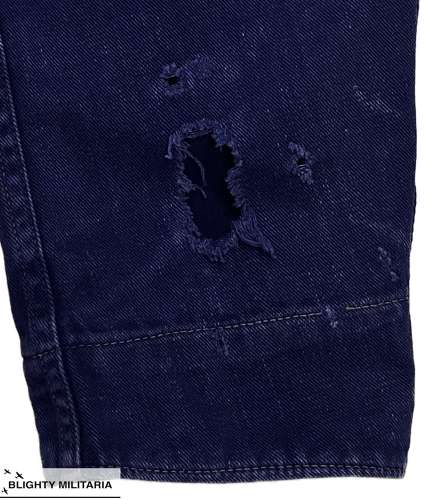 This style of jacket was very popular in the UK throughout the first half of the 20th Century. The simple three button design is typical of the period a are the revolving shank 'bachelor' buttons which can be removed when the jacket is washed. The jacket features only a single breast pocket rather than the usual three making it more utilitarian than usual. The pocket also features a stitched section which is formed in a crescent shape which is another nice detail. The jacket is made from a cotton drill material and features no rear vent which is another typical period feature.

Inside the jacket the original label is still present. It features the classic 'holdfast' label ised during the 1940s which is now very sought-after and collectable.

The jacket is in good condition as can be seen in the photographs. It shows signs of age and wear as well as washing etc. There are two small abrasions to the front and a larger hole to the rear of the right sleeve, as illustrated in the pictures. Please study the pictures before purchasing and bear in mind that this is a vintage item which may have small issues commensurate with age.

A nice piece of British workwear in a classic colour and complete with its original label.