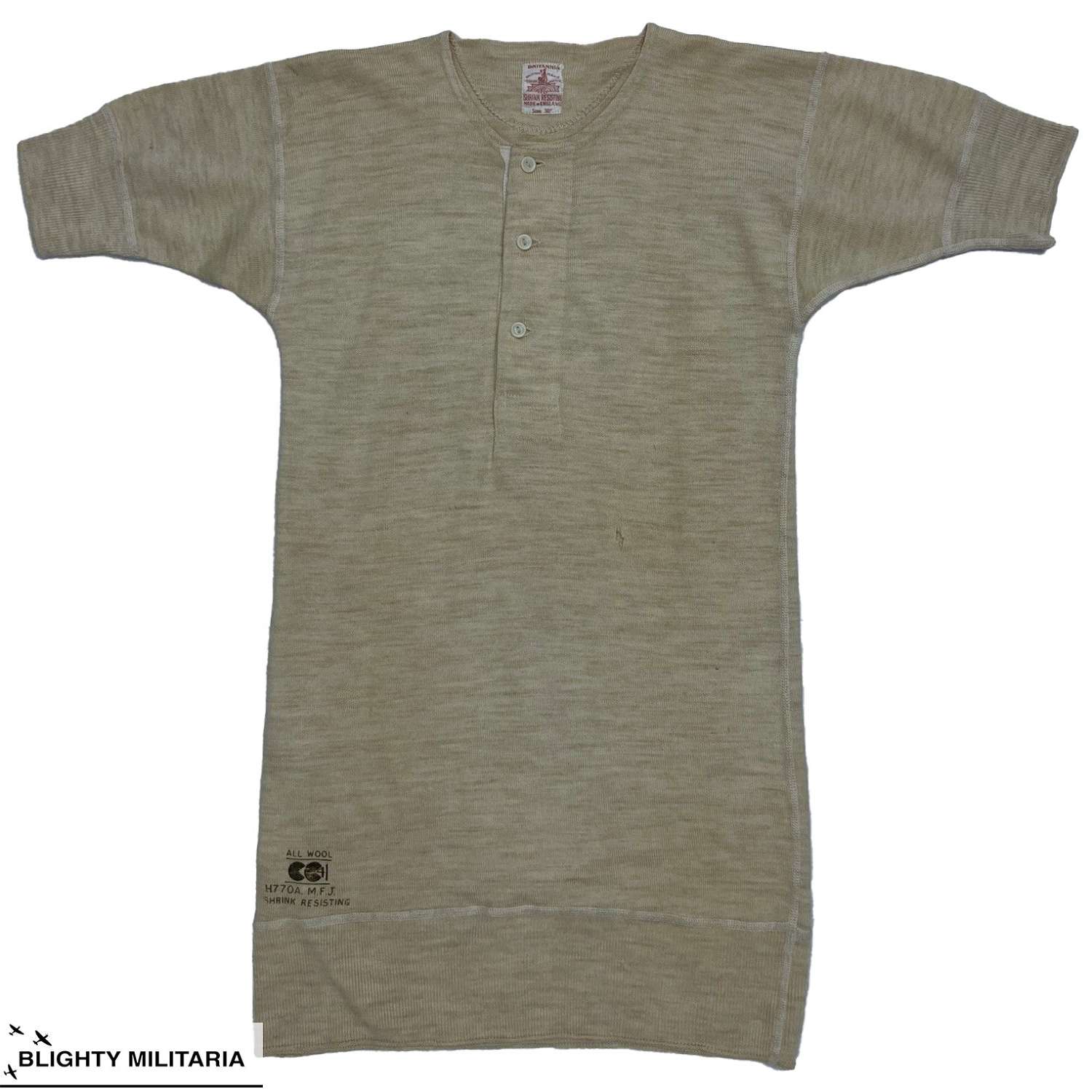 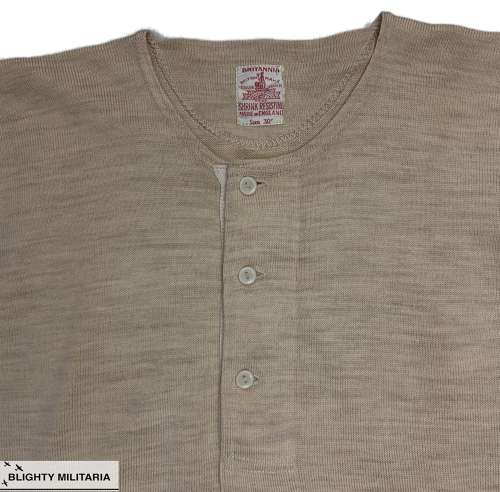 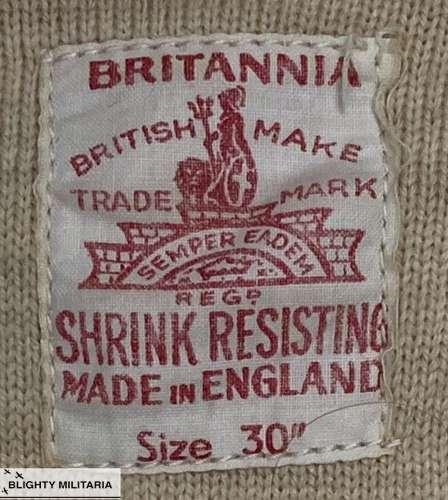 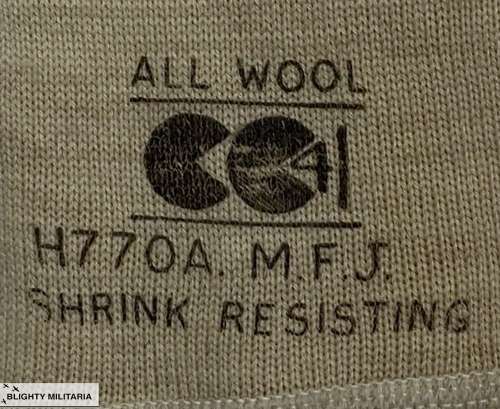 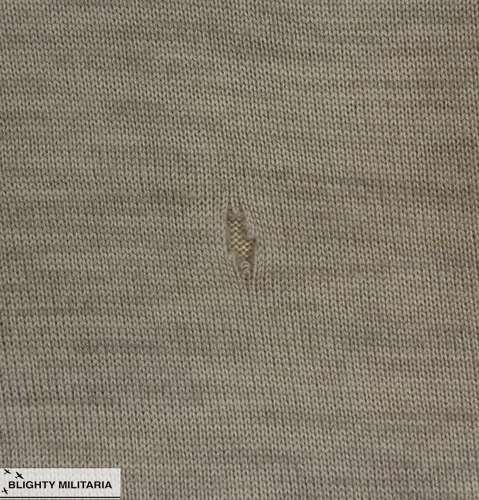 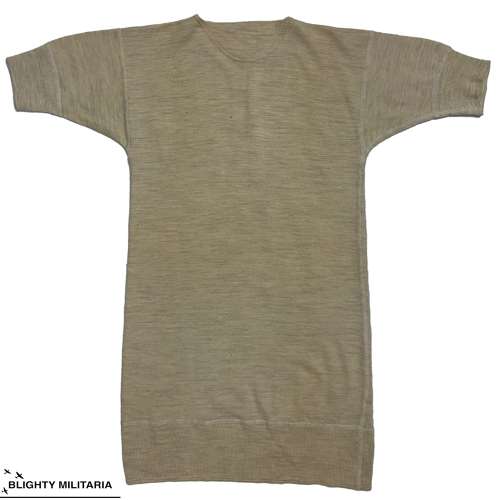 An original men's woollen undershirt made by 'Britannia' during the 1940s as part of the CC41 utility clothing scheme which was brought into effect in the UK in 1941 as part of the larger rationing scheme. The idea behind it was that affordable, quality clothing would be available to everyone of every class and could be bought using coupons.

The construction of the undershirt is typical of the period. It is made from an oatmeal coloured wool which is machine made. It features a round neck and a three button fastening which is a style often referred to as 'Henley' today. The CC41 logo is printed to the bottom front of the vest and features the words 'All wool', as was commonly seen at the time.

Inside the shirt the original label is still present and bears the maker's name along with a graphic depicting Britannia. The size is marked as 30". When laid flat the shirt measures -

The shirt is in reasonable condition but does have a small hole to the front as illustrated in picture 5. It displays well but is a vintage item so please take time to study the pictures and bear in mind that it is a pre-owned item which may have small issues commensurate with age.