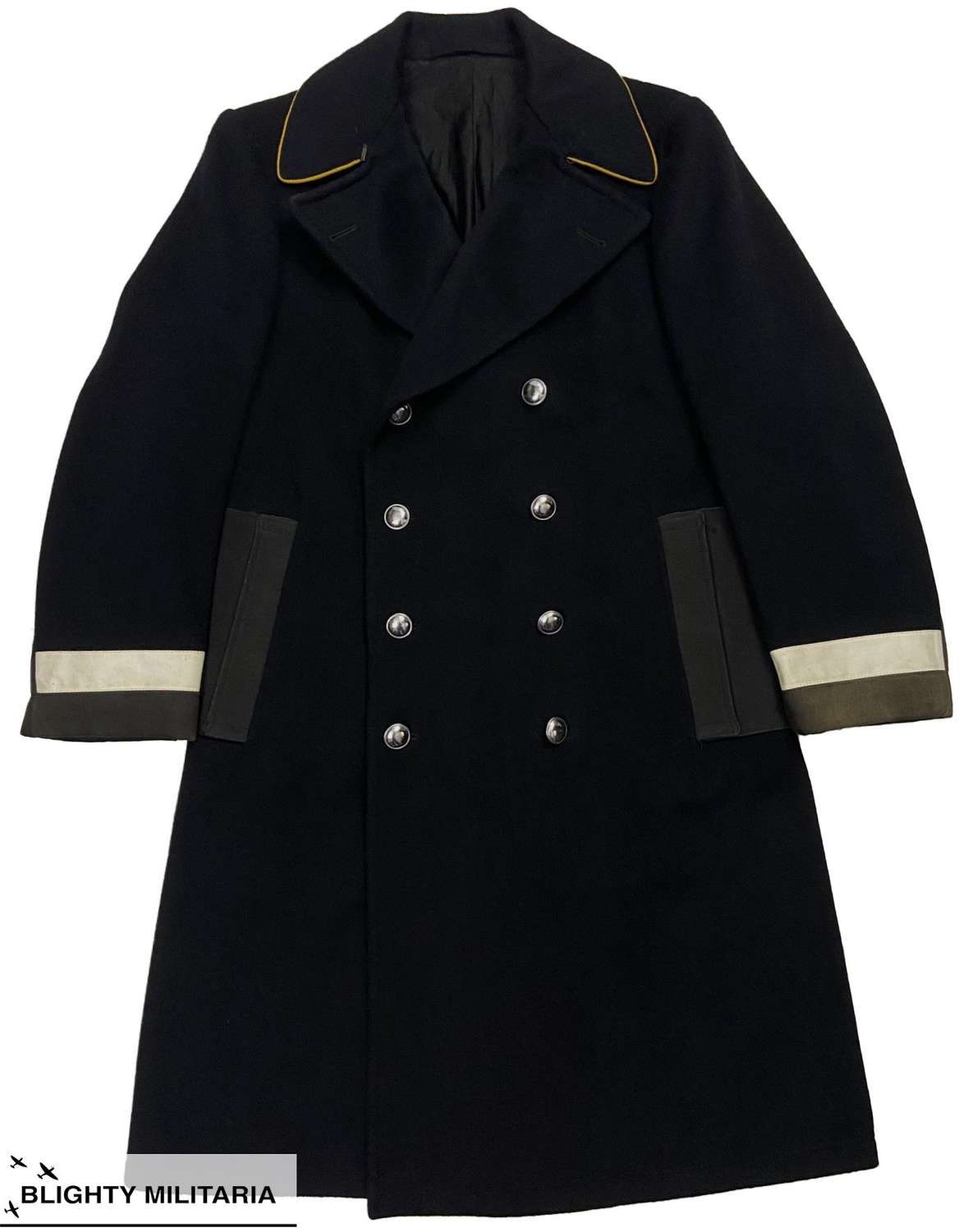 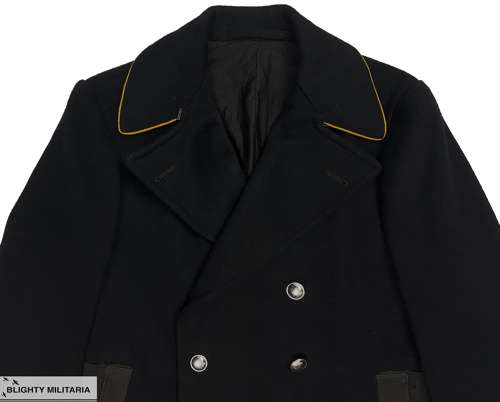 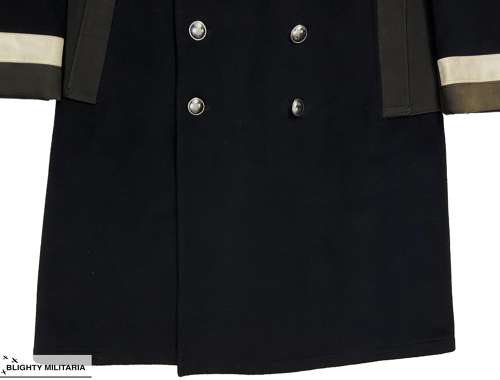 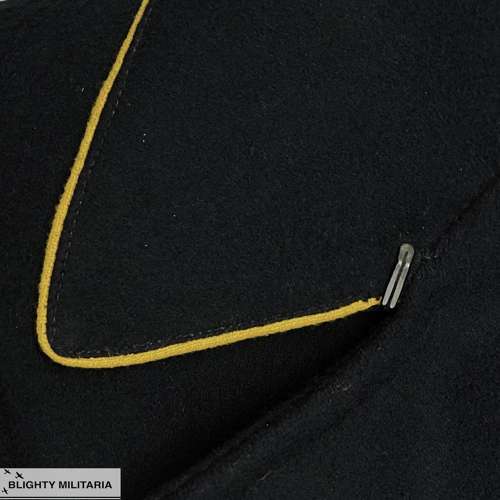 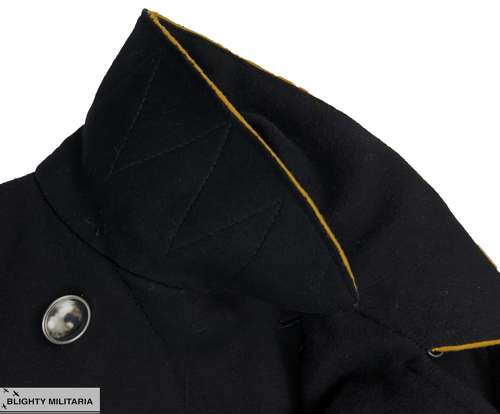 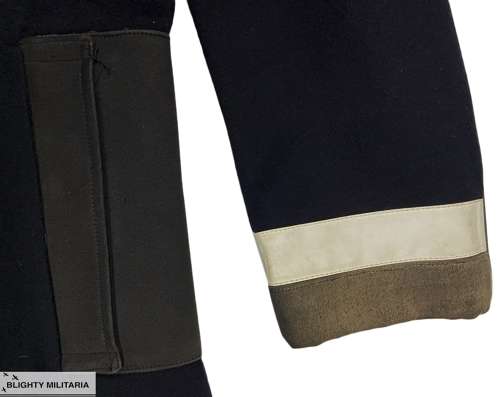 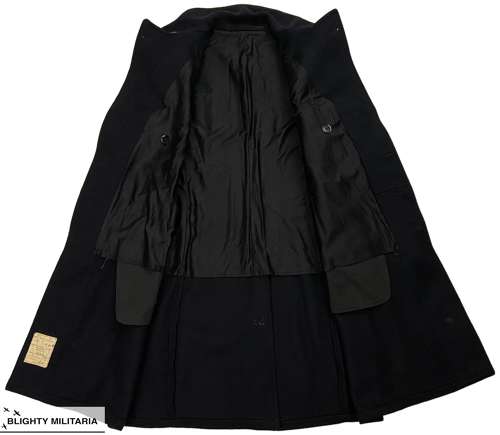 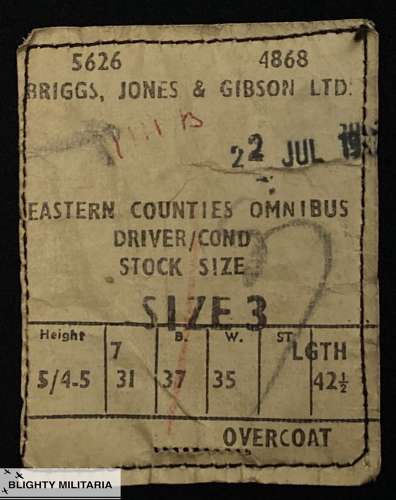 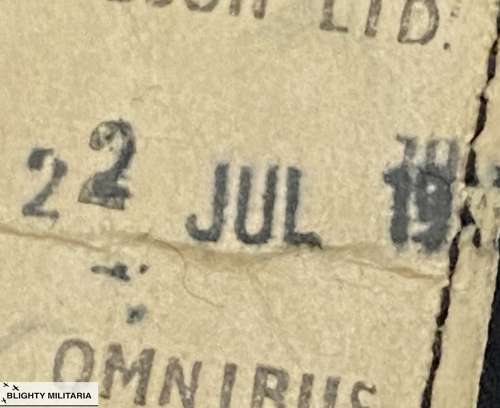 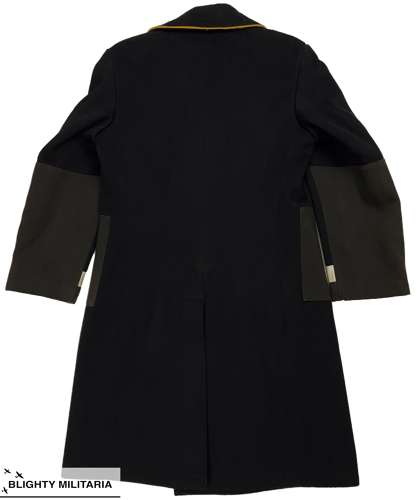 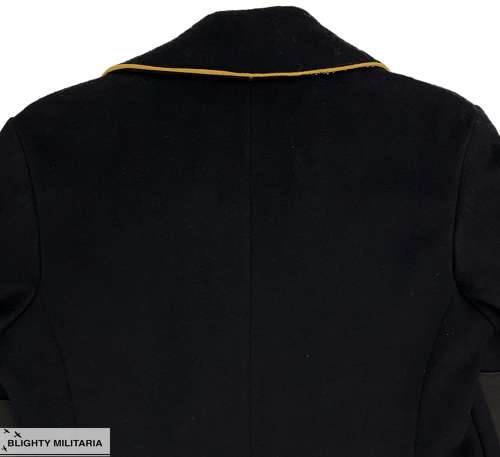 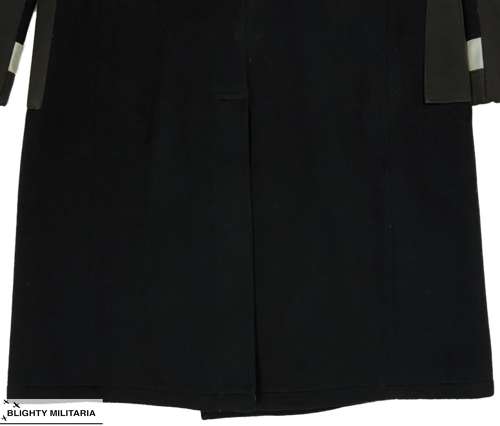 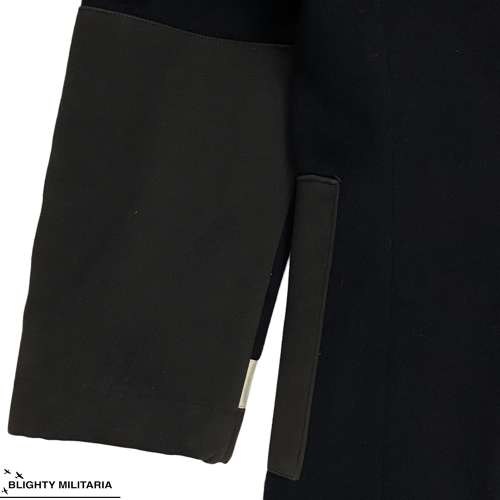 An original British Bus Driver or Conductors coat dating from the 1940s and in good condition.

This coat was specifically made from bus drivers and ticket conductors who worked on the Eastern Counties Omnibus which ran from Norwich and around the county of Norfolk. It is made from a heavyweight, black coloured wool serge which would have been chosen for its warmth as buses were not heated during this period. It features a double breasted front and a notched lapel which has yellow piping to the edge. Large, silver coloured metal buttons fasten the front and the rear features a long single vent.

The nicest features on the coat however are the reinforced pocket openings and cuffs. More of this heavy wearing moleskin material is located to the rear of the sleeves and there is a white coloured reflective band fitted to each sleeve which gives the coat a true workwear feel and shows it was designed to combat heavy wear and use.

Inside the coat the original label is still present and is bright and legible. It is a paper example as were commonly found on military and workwear items produced in the first half of the 20th Century. It bears the maker's name of 'Briggs, Jones & Gibson Ltd' as well as the size of 3 which is intended to fit a 37" chest, according to the label. There is also a date stamp which is the same as those used on British military clothing during the Second World War which further helps to date the coat.

The coat is designed to fit a 37" chest but will fit a bit larger, depending on desired fit. When laid flat it measures -

The coat is in good condition with no real signs of previous wear or use. It displays well and is still totally wearable with no serious flaws or damage. There is some very minor moth grazing but this is only noticeable under very close scrutiny due to the colour of the fabric and the very limited extent of the damage.

A very nice original 1940s overcoat with some fantastic details!