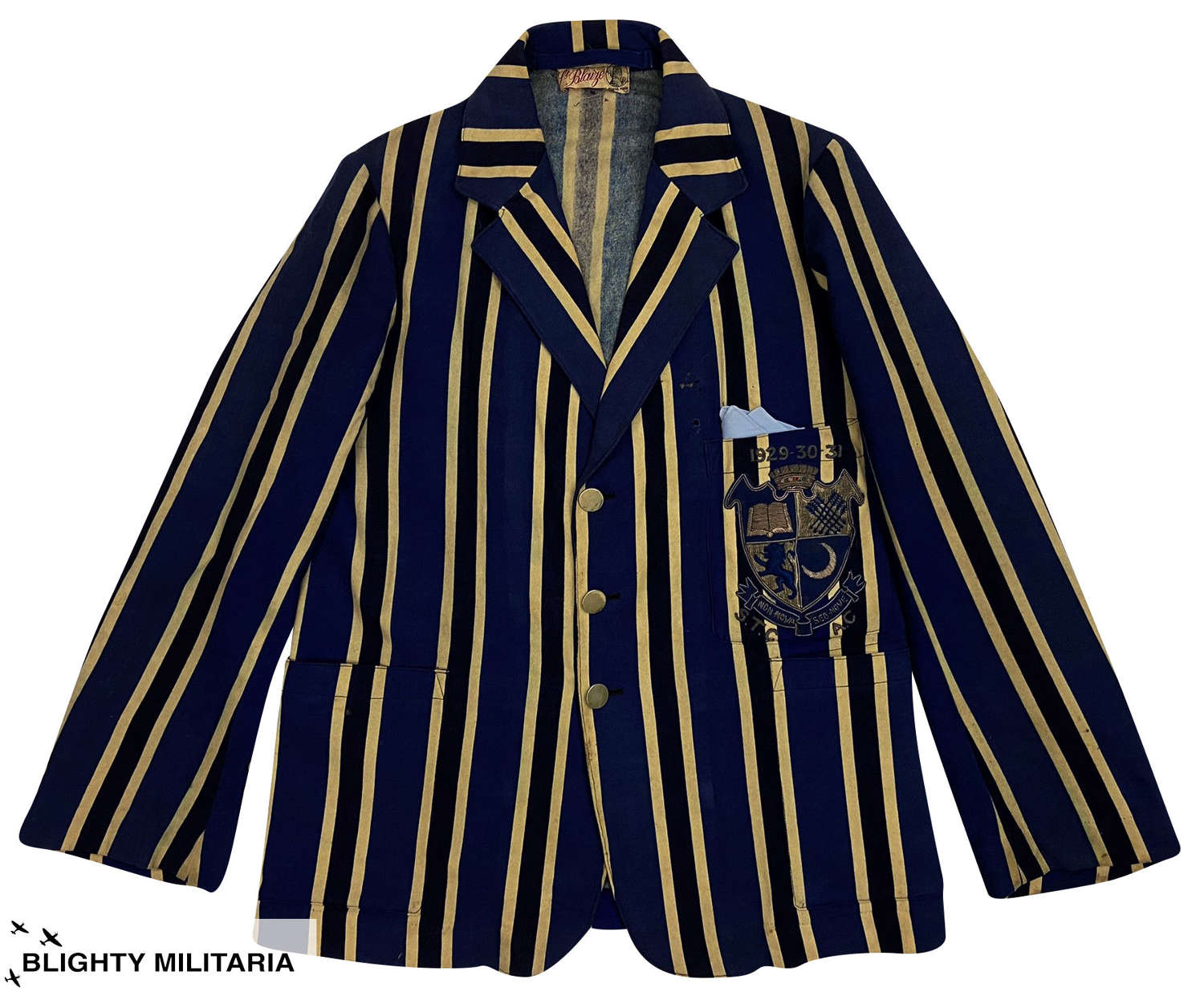 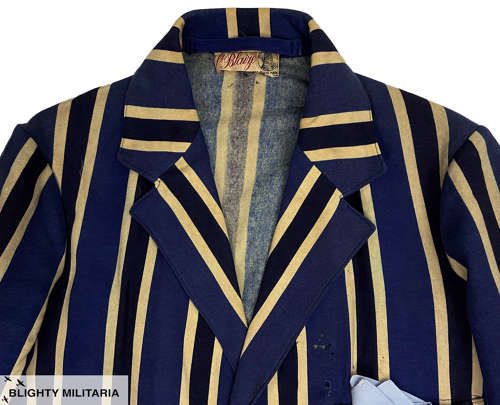 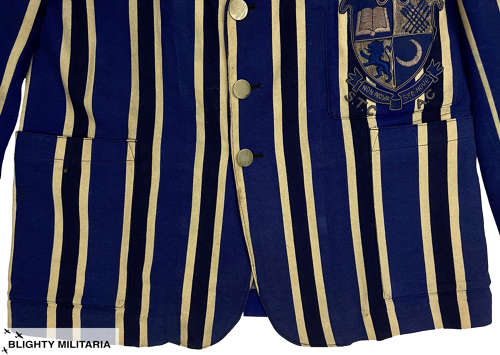 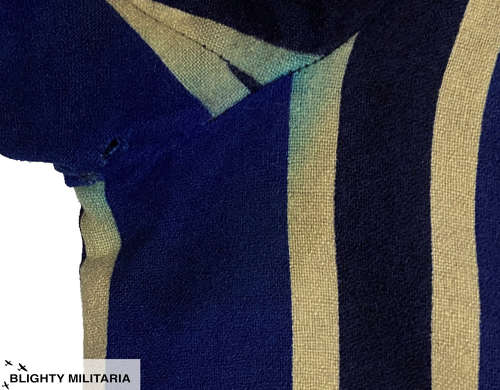 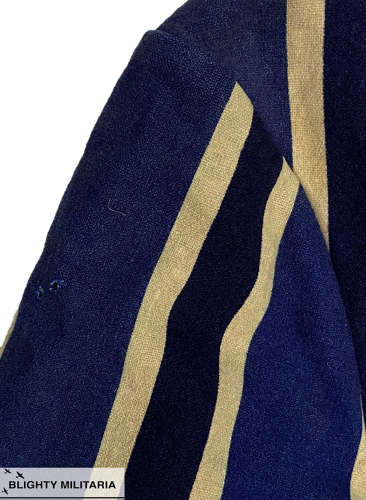 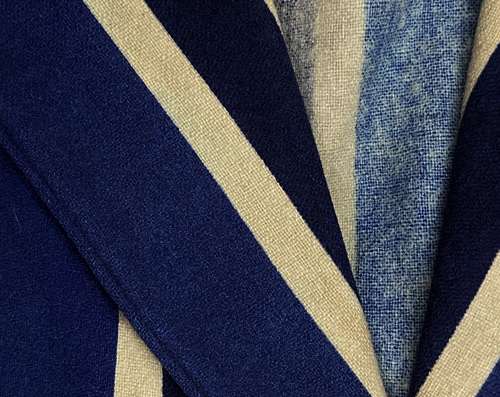 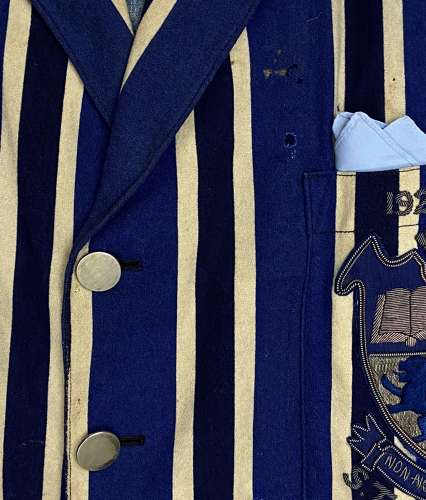 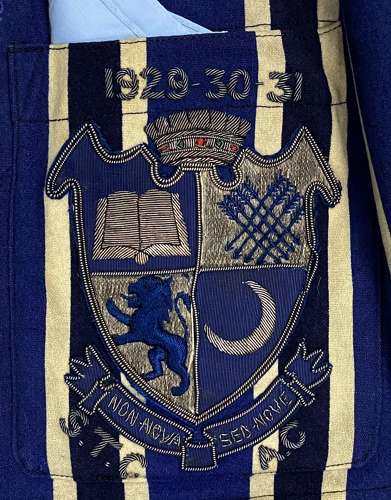 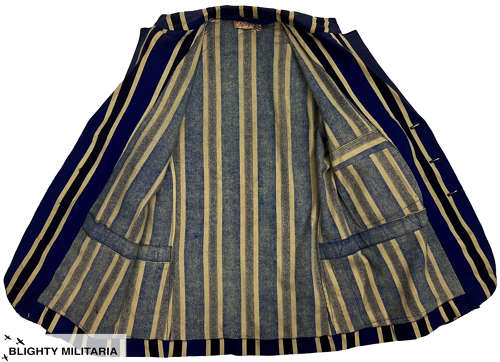 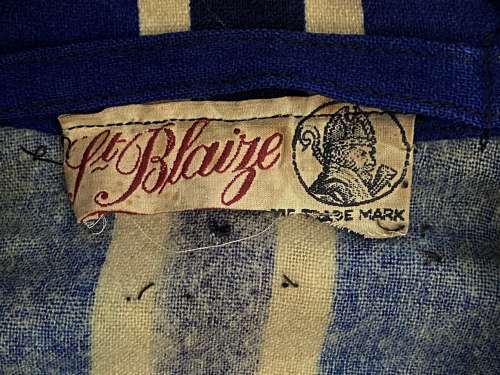 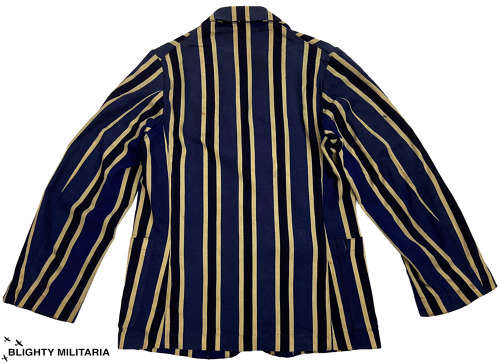 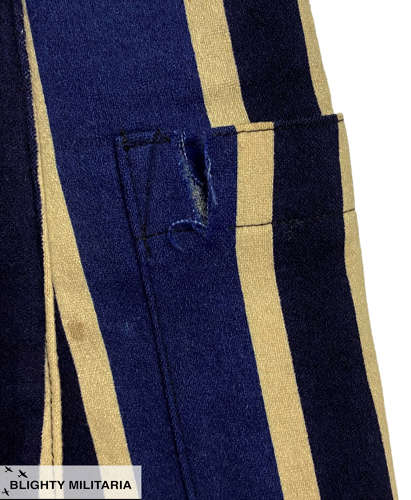 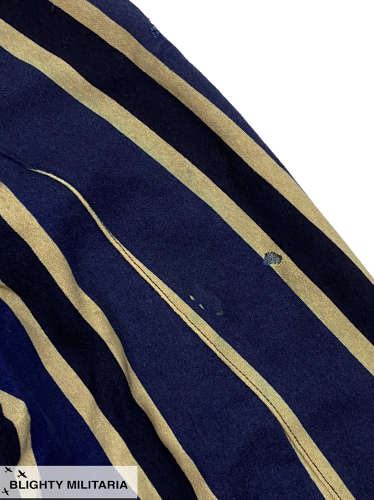 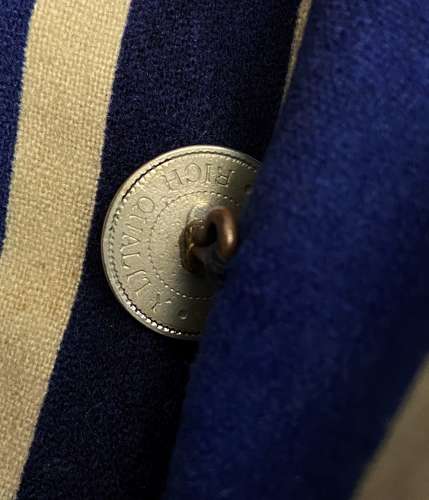 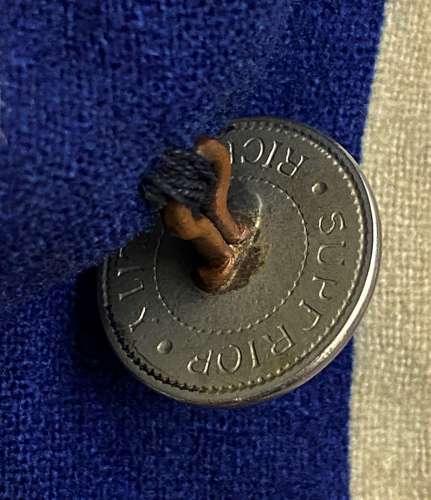 An original British college blazer dating from 1931 and in a striking white and blue colourway.

The jacket is made from French blue coloured wool and features a striking navy blue and white striped pattern. It has a single breasted three button front which fastens with nickel plated buttons which are marked 'Superior Rich Quality' to the reverse. The jacket features a pronounced notch lapel and no rear vents which is typical of 1930s jackets. The breast pocket features a bullion embroidered badge which bears the words 'Non Nova Sed Nove' to the scroll. At the top are the dates of 1929 - 30 - 31 and to the bottom are the letters 'S.T.C A.C' which most likely relate to an athletic club. The jacket comes complete with an original light blue coloured pocket square which was found in the pocket.

The jacket is unlined as is common with this style. The original label is present and whilst partially missing bears the maker's name of 'St. Blaize' and a graphic depicting a clergyman.

The jacket is in reasonable condition and displays well although it does have some flaws which are detailed in the pictures. There is a tear to one of the lower patch pockets and holes to the sleeves and chest. There is some discolouration and staining so please study the pictures and bear in mind that this is a vintage item with flaws commensurate with age and wear.

A striking original 1930s jacket which would make a great addition to any wardrobe or collection!