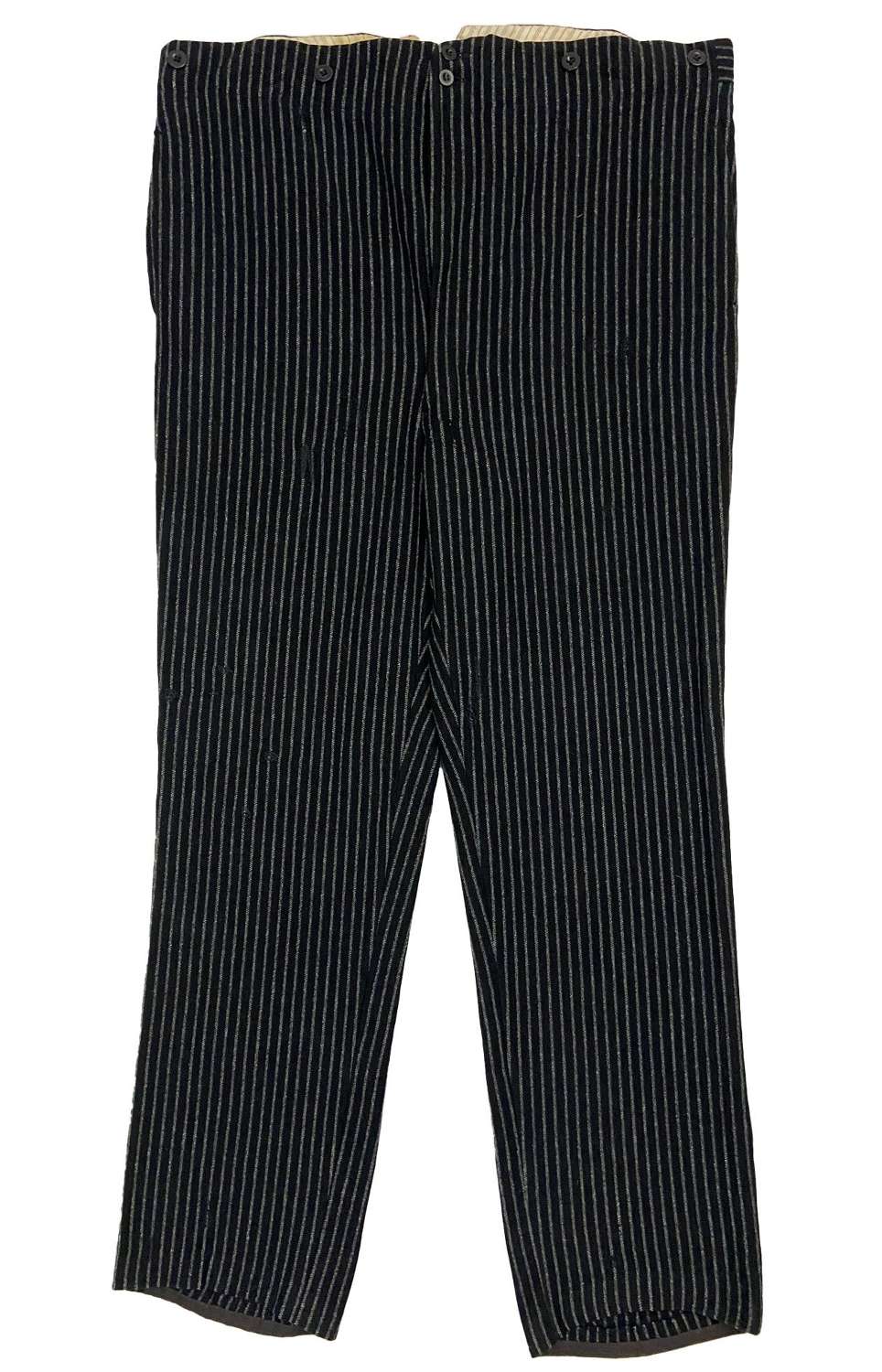 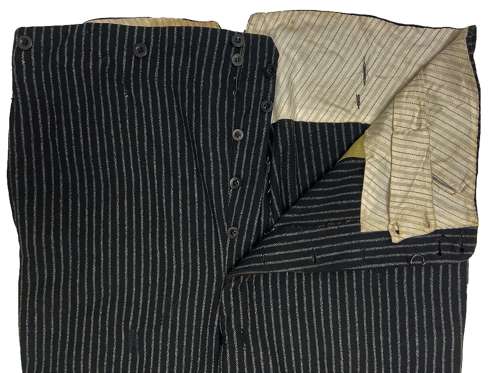 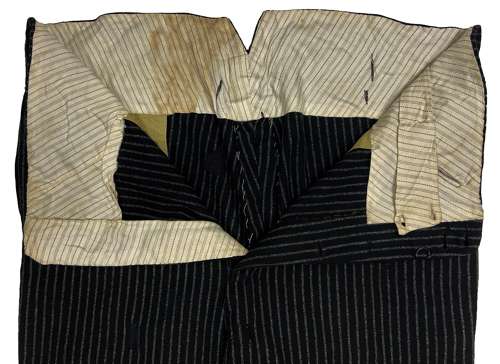 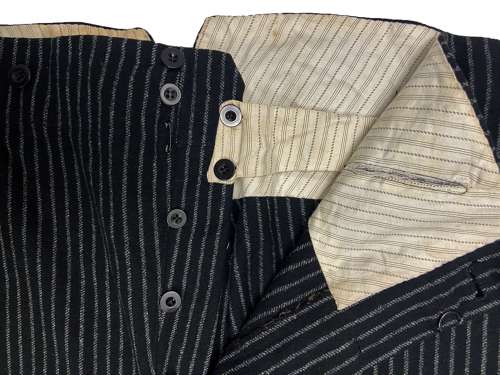 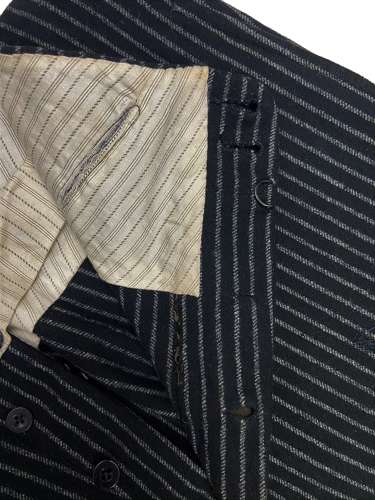 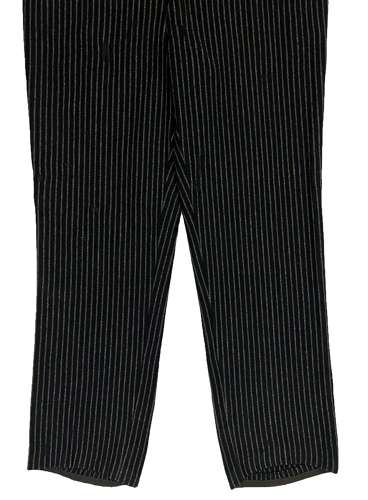 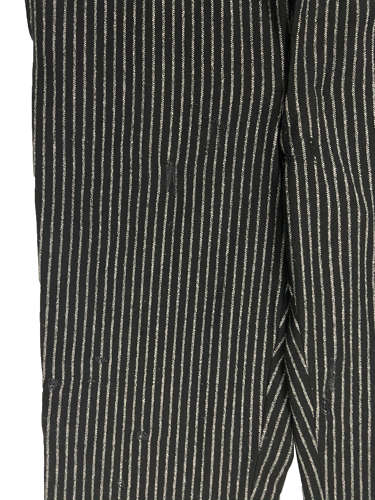 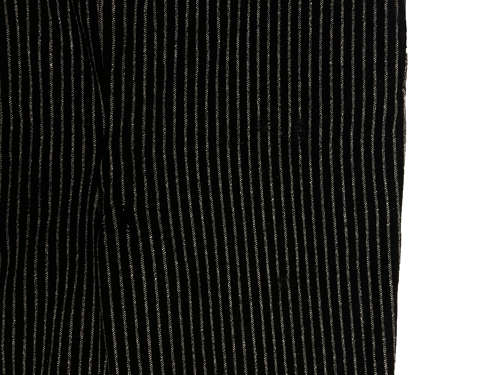 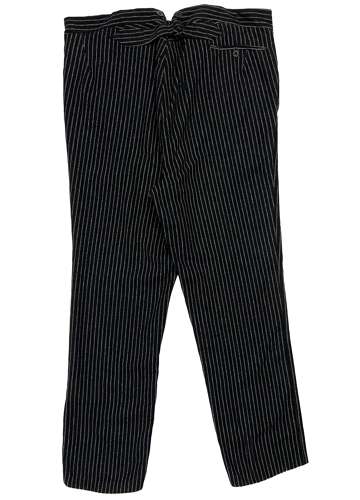 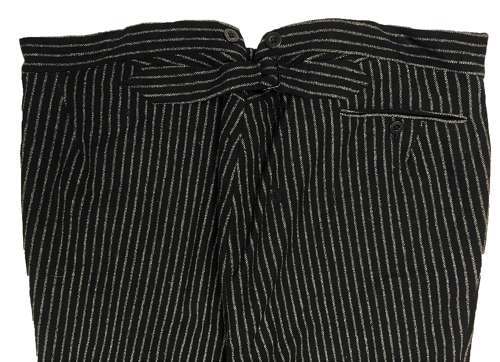 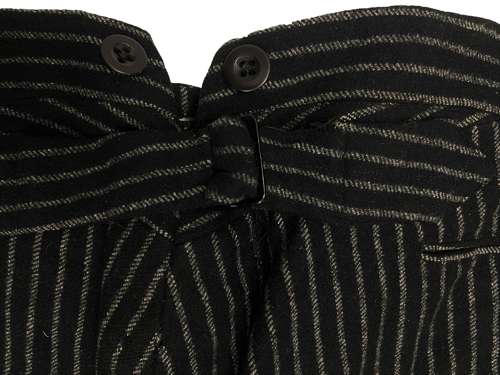 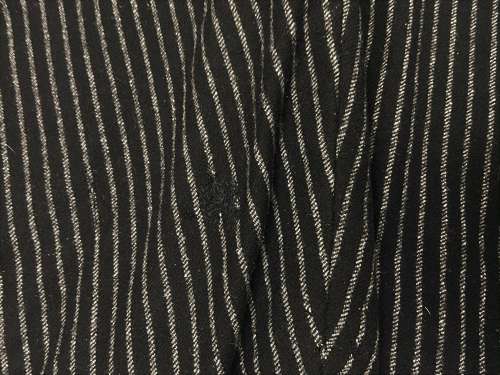 An original pair of 1940s men's striped work trousers made in France in the 1930s.

This style of trousers was very popular during the 1930s and 1940s as workwear in France and can also be seen in many period photographs of the French Resistance and Maquis units. They are made from a black wool which features a white chalk stripe. They feature a flat front, slash pockets to the hips and a single rear pocket. The trousers fasten with buttons and a large hook and eye which is typical of French trousers from the period. There is also an internal flap which buttons across the fly which is again a feature often encountered on 1930s and 1940s trousers made in France. The rear of the trousers features a cinchback belt and buckle as were often fitted to work trousers of the 1920s and 1930s, as well as the 1940s although it was less common by this point.

The trousers are in good condition for their age and appear to be very wearable. There are various period repairs but overall they present well but may have other small issues commensurate with their age.