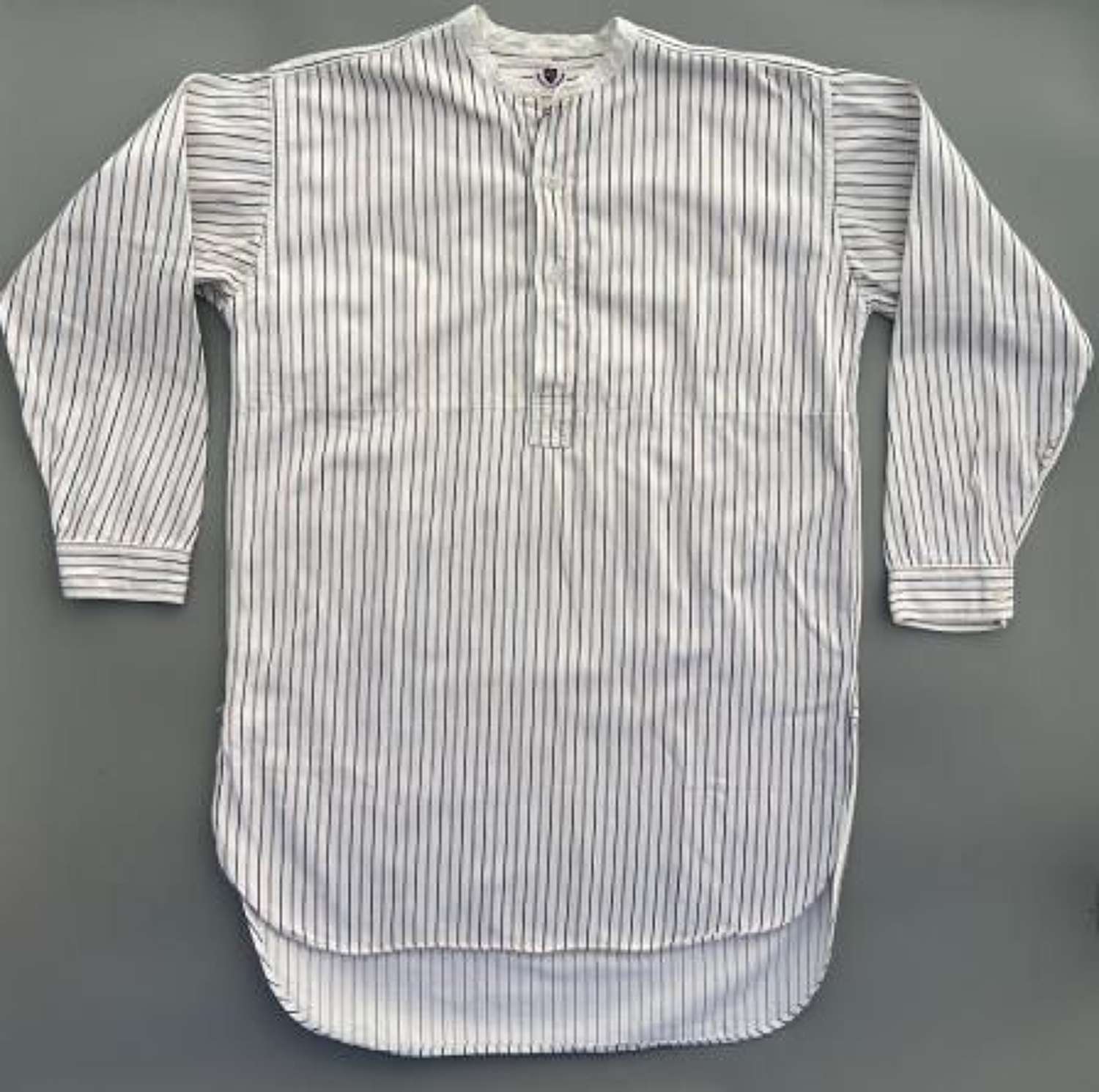 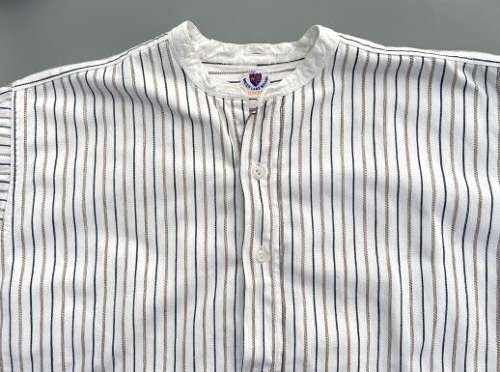 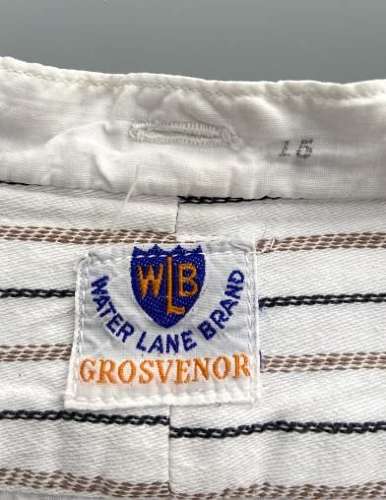 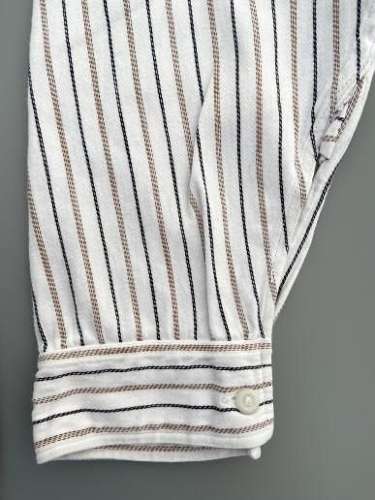 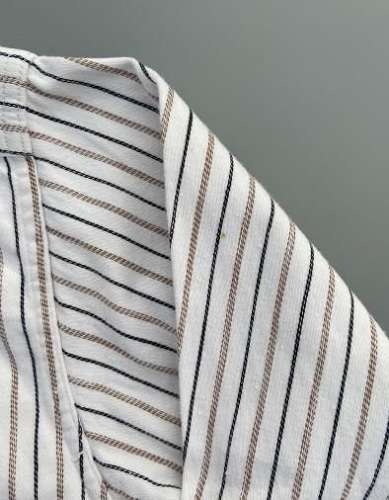 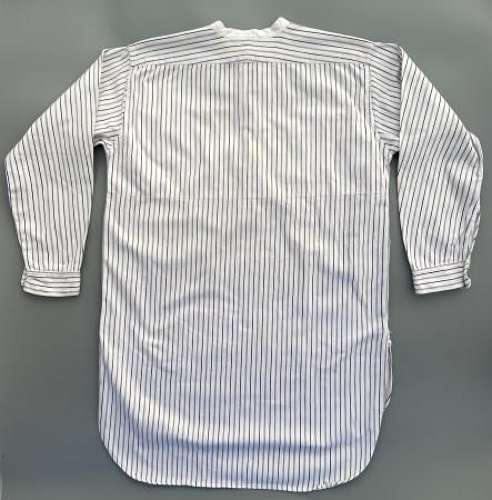 SOLD
An original men's shirt made by 'Water Lane Brand' dating from the 1930s and in dead stock, unworn condition.

Water Lane Brand date back to the Victorian era and were a prolific manufacturer of workwear in the first half of the 20th Century. Sometimes referred to as 'W.M Sudgen' who owned the brand and are still making shirts today, the Water Lane Brand was founded in 1924 and named after the street the first factory stood on in the late Victorian period.

This particular shirt dates from the 1930s. It is made from a wool cotton mix which is reasonably thick and designed to keep the wearer warm in the days before central heating. It features a half button, or 'tunic' front as was usual in the UK before the Second World War which eventually was replaced with full button designs by the late 1950s. A neckband collar is present and is again typical of the pre-war period being designed to be worn with a detachable collar.

Inside the neck of the shirt is the original label which reads 'Water Lane Brand, Grosvenor' and features the WLB yellow on blue shield logo. The name Grosvenor is the name of this specific shirt and was most likely named after one of the streets adjacent to the factory, this being a feature of the brand. The neckband is also marked with the number '15' which relates to collar size.

The shirt will fit around a 38" chest depending on desired fit. This style of shirt is always cut very wide across the chest to allow it to be pulled on over the head. When laid flat it measures -

The shirt is in stunning unworn condition and displays very well indeed. There is an extremely small mark to the rear of one sleeve which is only noticeable on close inspection, but aside from this it is a beautiful example of a pre-war men's work shirt.

This would make an excellent addition to any wardrobe or collection. Not only is it in fantastic condition but it is also a wearable item.