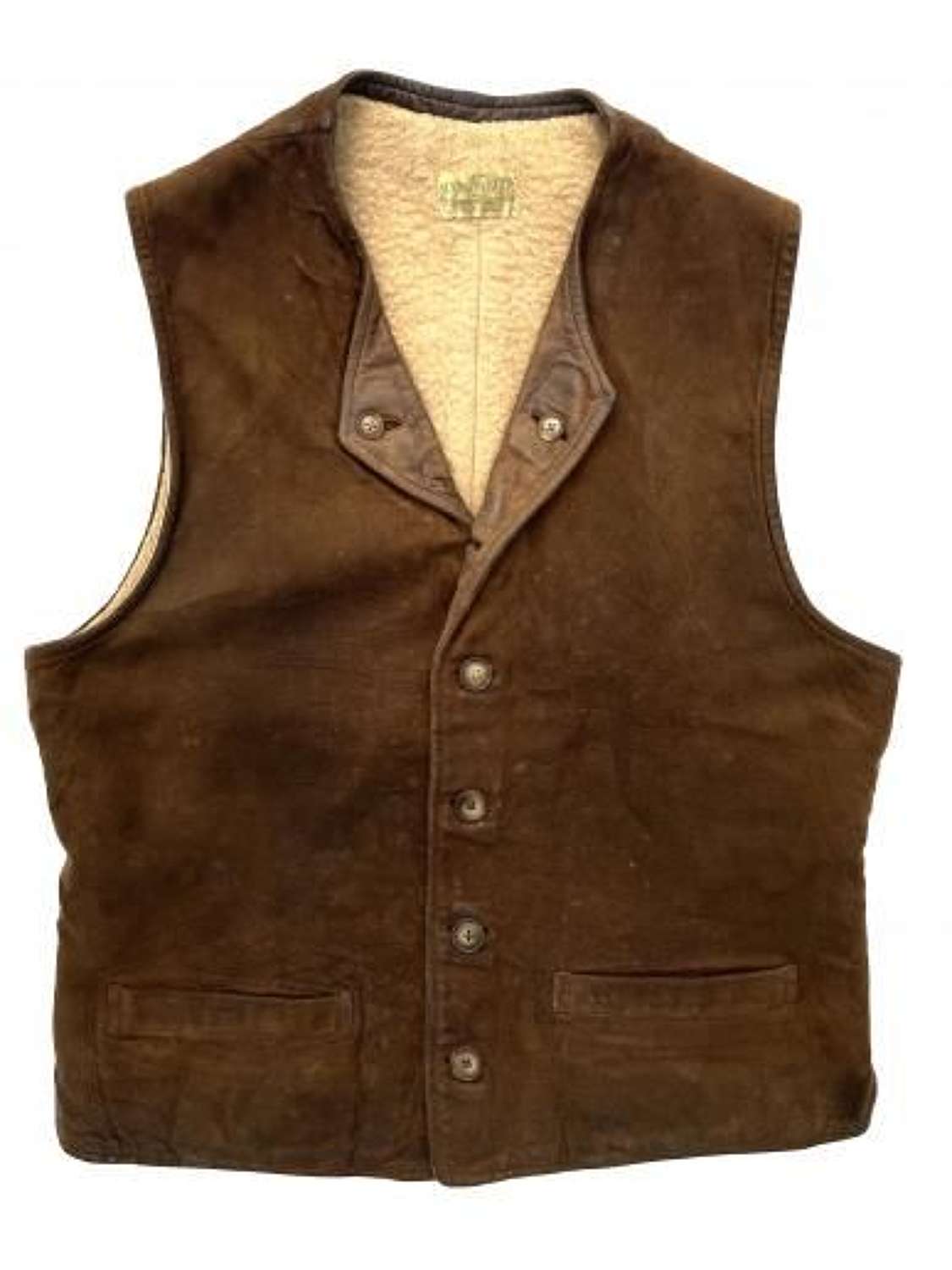 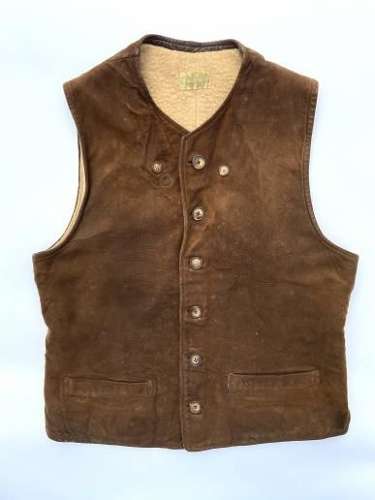 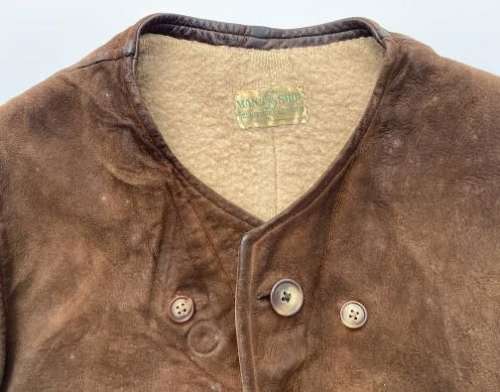 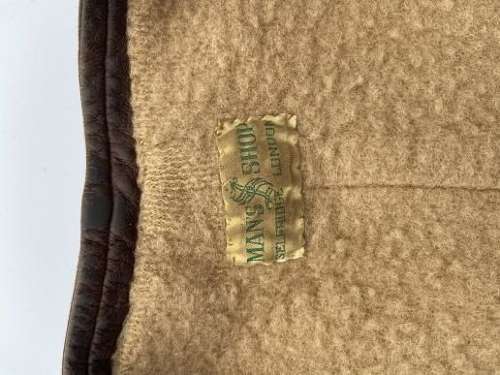 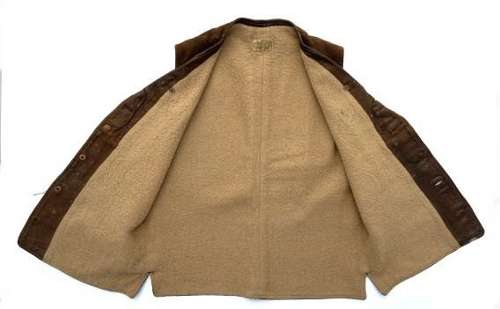 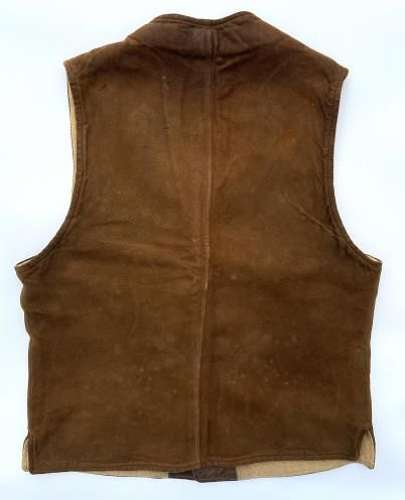 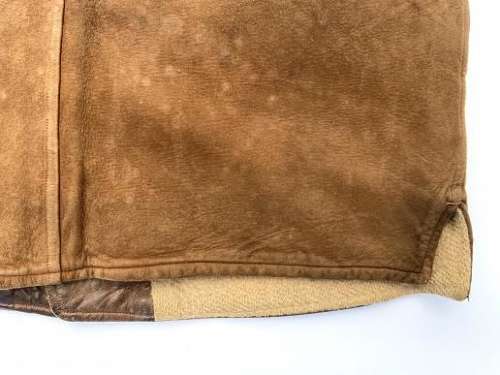 SOLD
A stunning original 1930s sheepskin lined suede waistcoat by ‘Selfridges’ which belonged to Ron W Durrant who was a flight Lieutenant in the RAF during the Second World War.

From some brief research I believe the original owner was a flight a Engineer and Engineering Officer at one stage at 22 OTU and later 10 OTU during the summer of 1944. No doubt whilst being rested from Ops as he appears in the London gazette with the same service number at the beginning of 1943.

Whilst this isn’t necessarily a piece of flying clothing, it is well known that aircrews flying in heavy bombers wore numerous layers of clothing so it would make sense that Ron would have worn this item he purchased before the war as it would have been ideally suited to the conditions.

The label and construction date this piece to the 1930s. The label reads 'Man's Shop, Selfridge London' and is known to date form this period, featuring typical graphics of the period. The cut of the waistcoat was favoured by motorists in the early part of the 20th Century featuring a single breasted button front and sheepskin lining. The top of the opening fastens back as shown in the pictures and is a typical feature of this pre-war style of waistcoat. The inside face is lined with leather which is another nice detail.

As is often the case with original items of this period, the waistcoat is a small size and will suit someone of around a 36" chest depending on desired fit. When laid flat it measures -

The waistcoat is in good condition for its age with displays well. It has various signs of age and use but no damage that I can see. It is still a very wearable item today but please study the pictures and bare in mind that this is an 80+ year old vintage, pre-worn item!

A fantastic piece of early mid-century men's clothing with some fantastic history. This could make an excellent addition to a collection without a doubt!