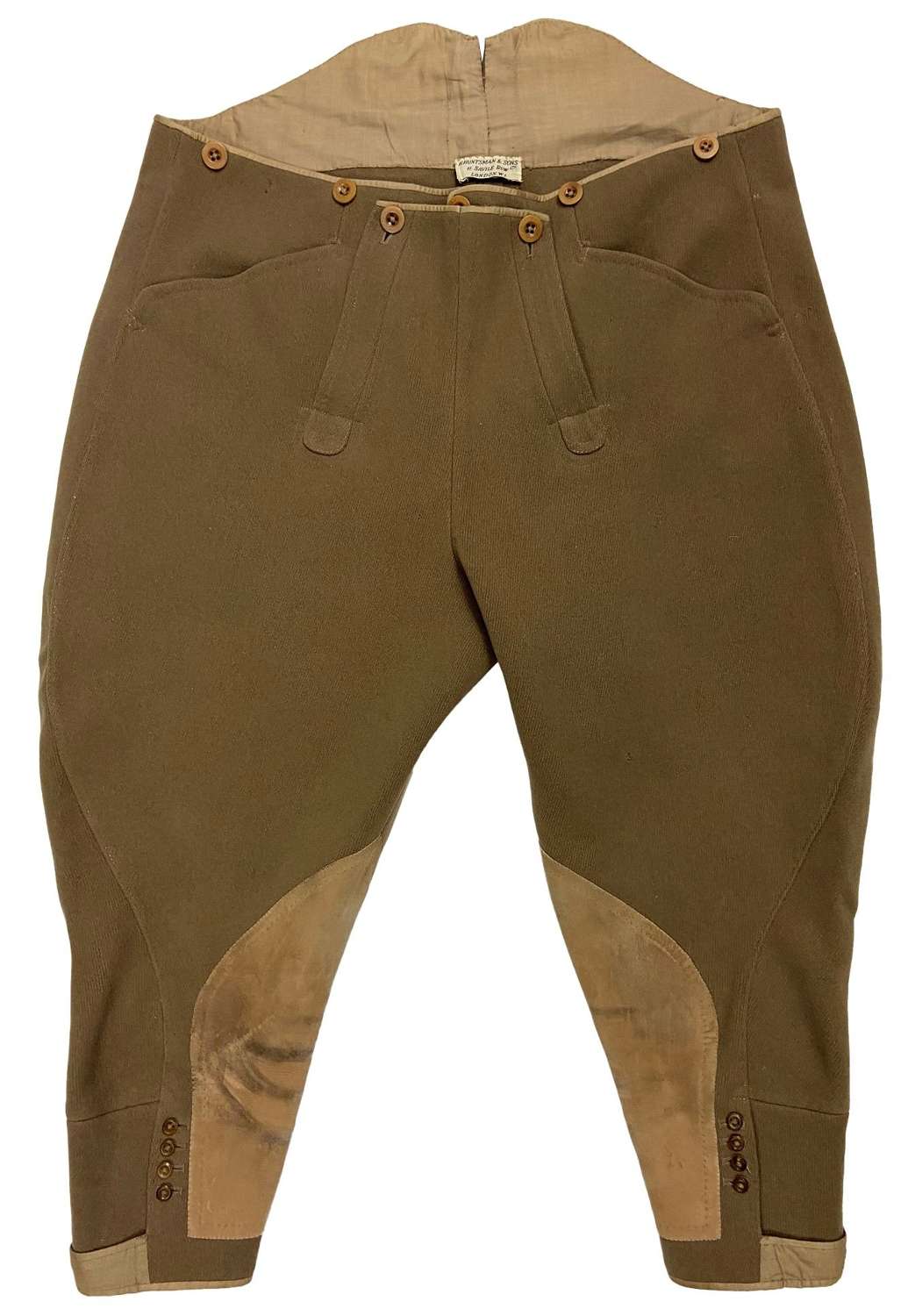 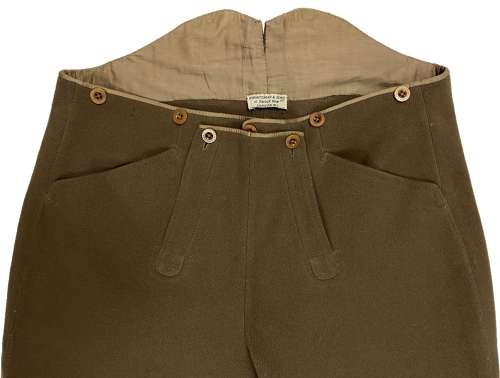 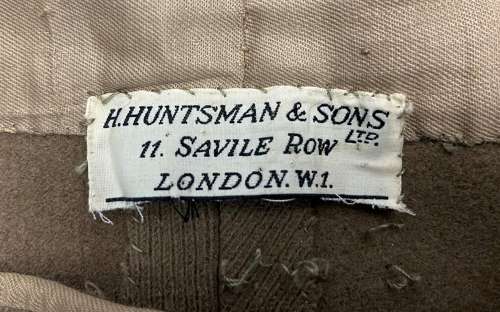 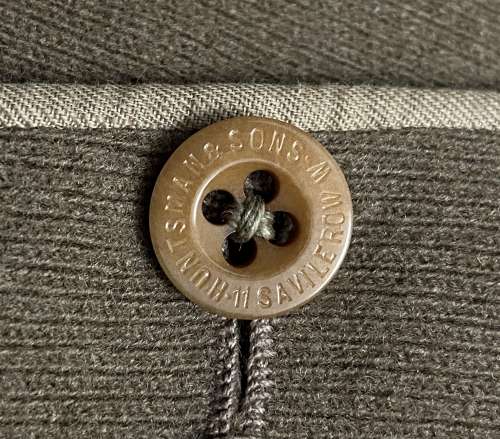 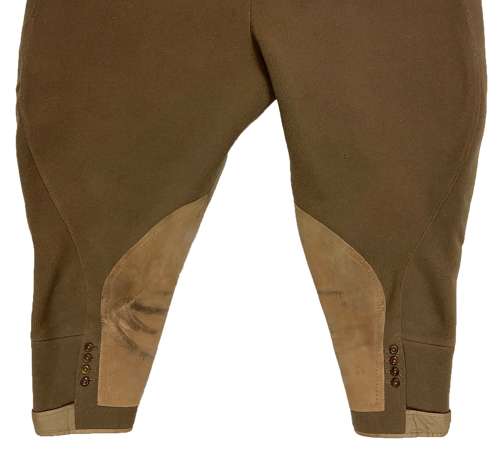 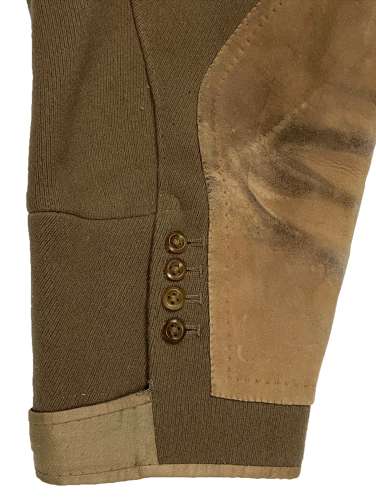 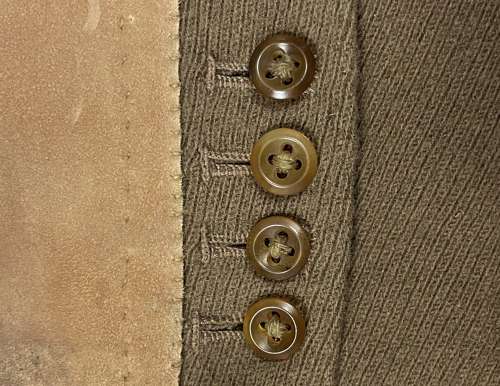 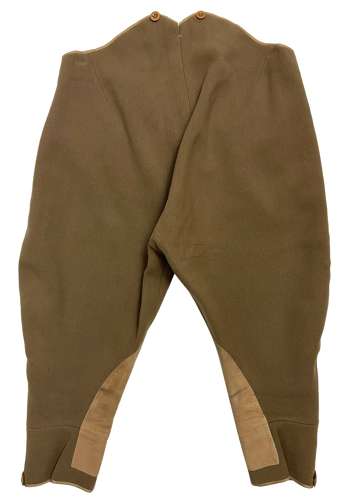 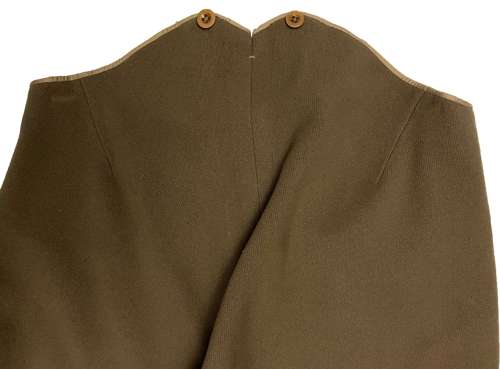 An original pair of khaki coloured whipcord breeches made by the Savile Row tailor 'H. Huntsman & Sons' in the 1930s.

This style of breeches was popular during the first half of the 20th Century and were worn by British Officers during the Great War and in the inter-war period. By the beginning of the Second World War they were being phased out of use with the British Army but would have still been worn for country pursuits.

This particular example features a flap front, or 'split falls' as they are properly called - a design which has its origins in the 19th century. This style was was the approved pattern for various cavalry regiments during the first half of the 20th Century. They feature frog mouth pockets to the front and buttons to which braces can be attached. All the buttons are marked 'Huntsman & Sons 11 Savile Row W.' aside from the small buttons used to fasten the calf. The breeches feature no rear pockets and an extra high, fishtail cut to the rear which is so typical of the period.

Inside the breeches the original tailors label is still present. The bottom half which would have borne the original owner's name has been removed as is often found with tailored items such as this. The makers name 'H. Huntsman & Sons Ltd' is present as is the address of 11 Savile Row London W.1.

A nice pair of interwar breeches from a prestigious West End tailor!