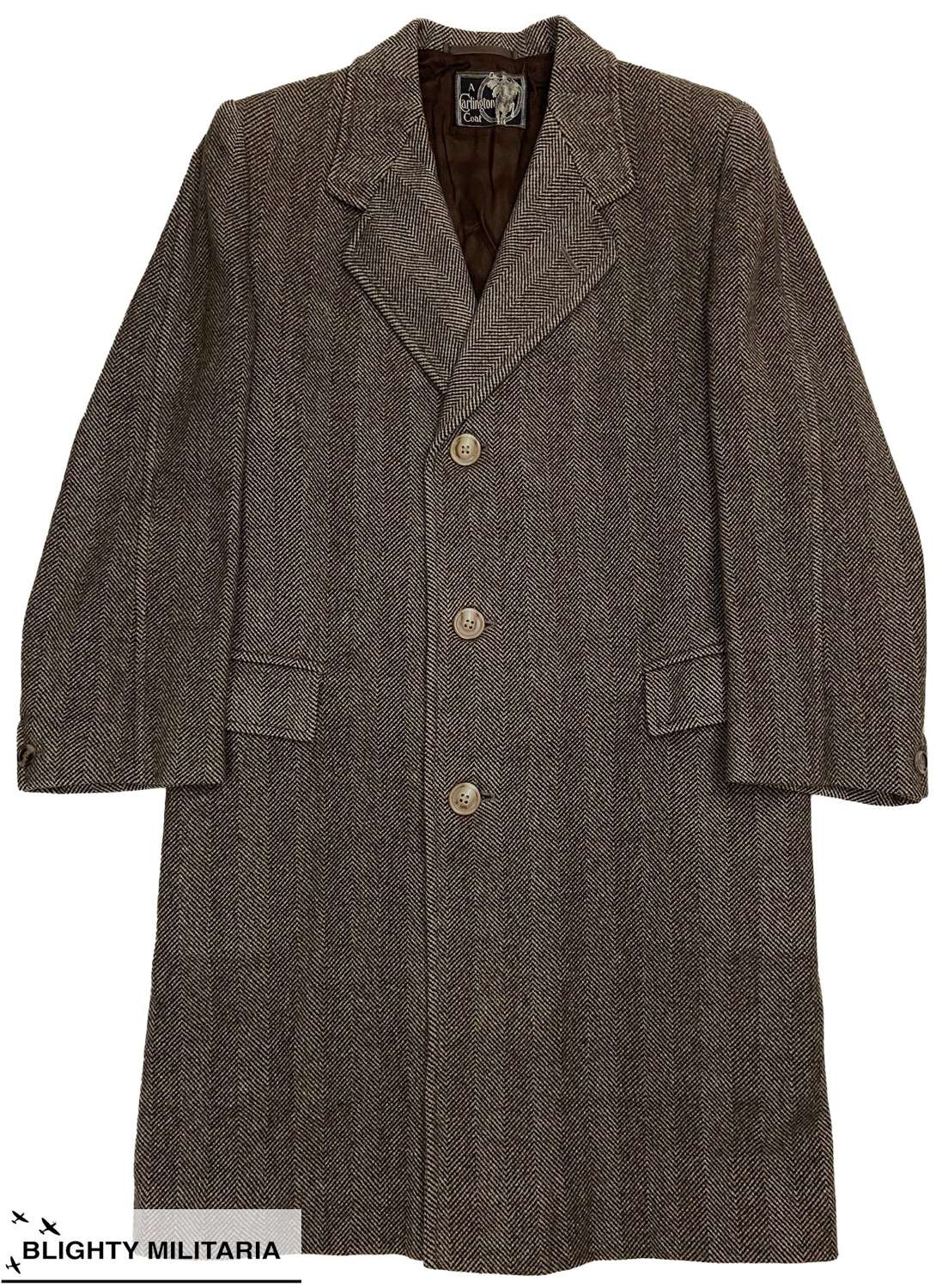 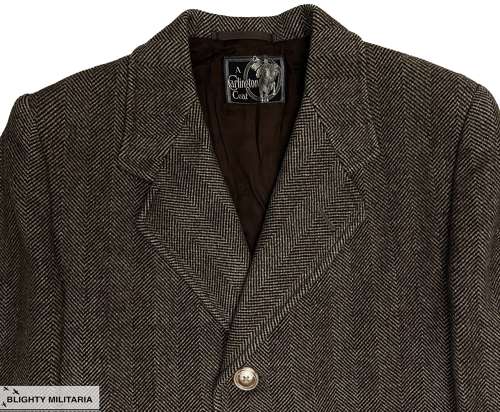 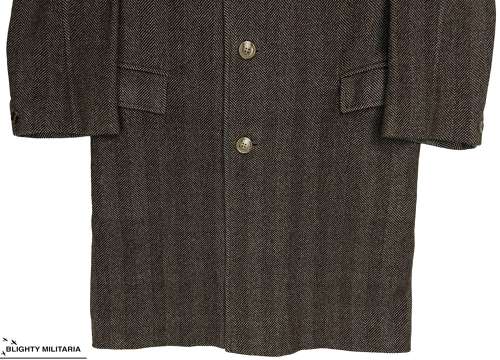 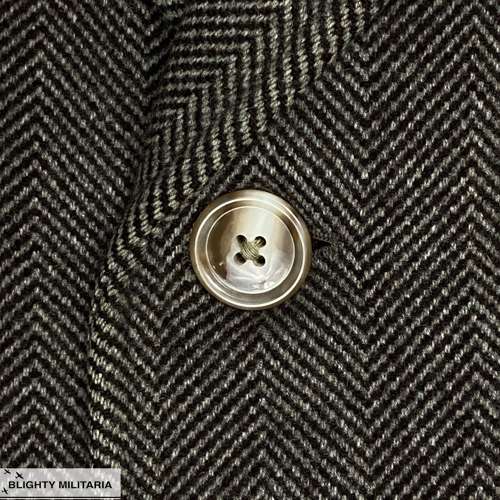 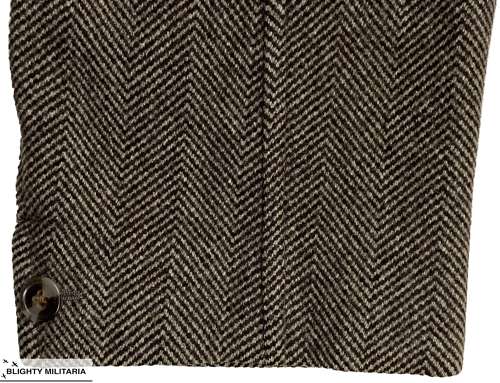 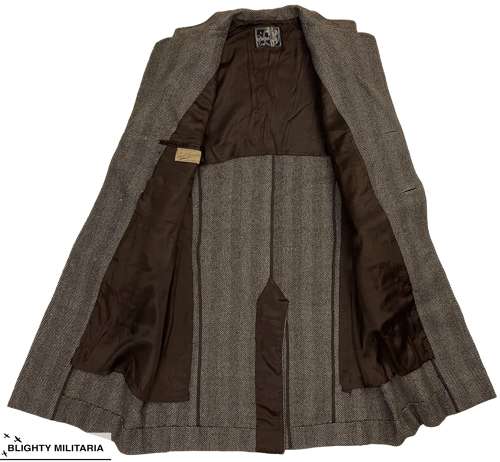 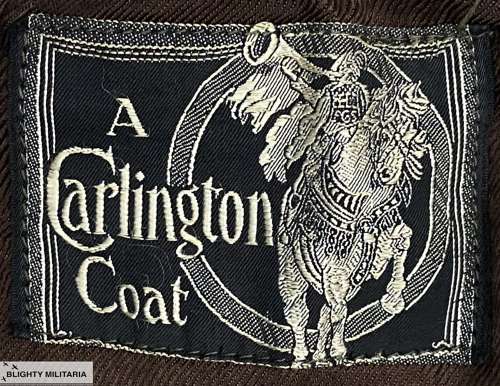 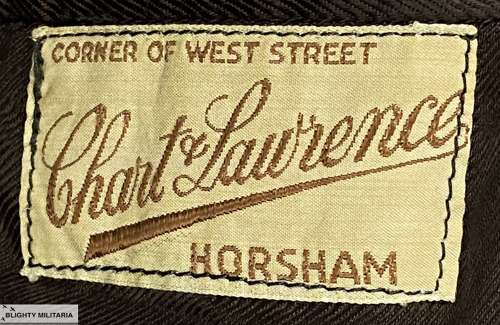 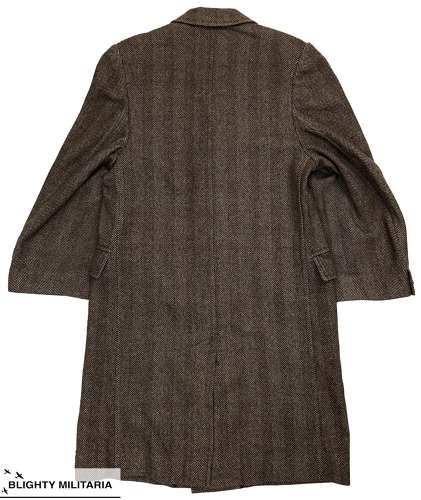 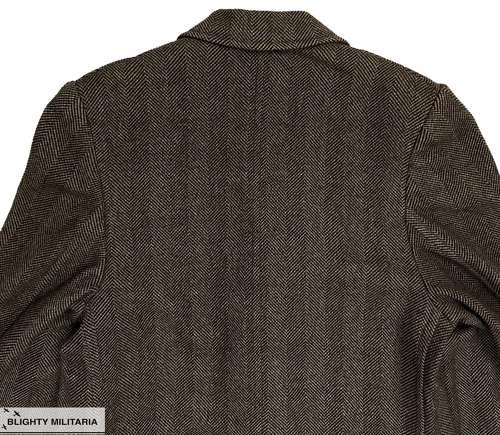 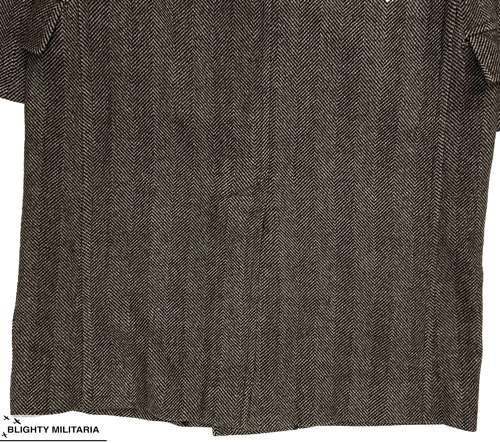 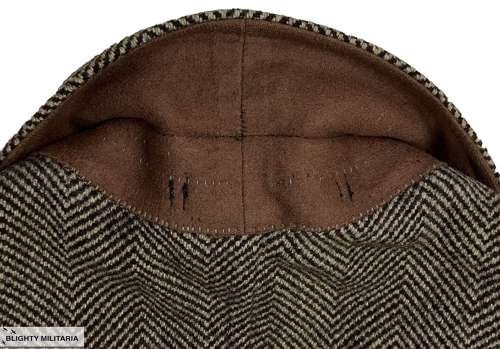 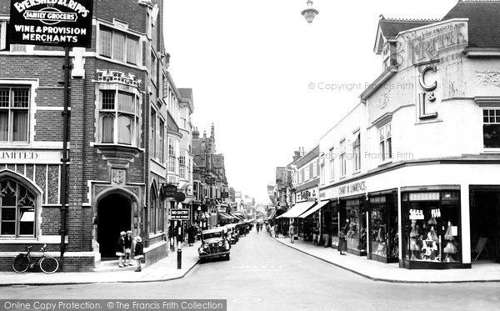 An original men's herringbone stripe wool overcoat made by 'Carlington' during the 1930s. It was sold by 'Chart and Lawrence' which was a department store in Horsham.

This British made coat is typical of the 1930s. It features a single breasted, three button closure to the front, a notched lapel and flapped pockets. It is made from a heavyweight wool which has a bold grey and brown herringbone stripe pattern running through it, typical of the era. The interior is half lined in a brown coloured rayon and there is a hanging loop at the neck. Below this is the maker's label which reads 'A Carlington Coat' and features typical period graphics. Carlington coats are always of a particularly high quality, and this example is no exception. There is also an interior pocket below which is the suppliers label which reads 'Chart & Lawrence Horsham' which was a large department store during the 1930s. A picture of the store taken around the time this coat was sold is attached here.

These crombie style coats are cut wide across the chest meaning that this was designed to fit a 38" chest, although it may fit bigger depending on desired fit. When laid flat it measures -

The coat is in very good condition for its age with no serious flaws or damage. It displays well and is still very wearable but please take time to study the picture and bear in mind that it is a vintage, pre-owned item which may have small issues commensurate with age.

All in all, a very nice coat from the late 1930s which would make an excellent addition to any winter wardrobe.