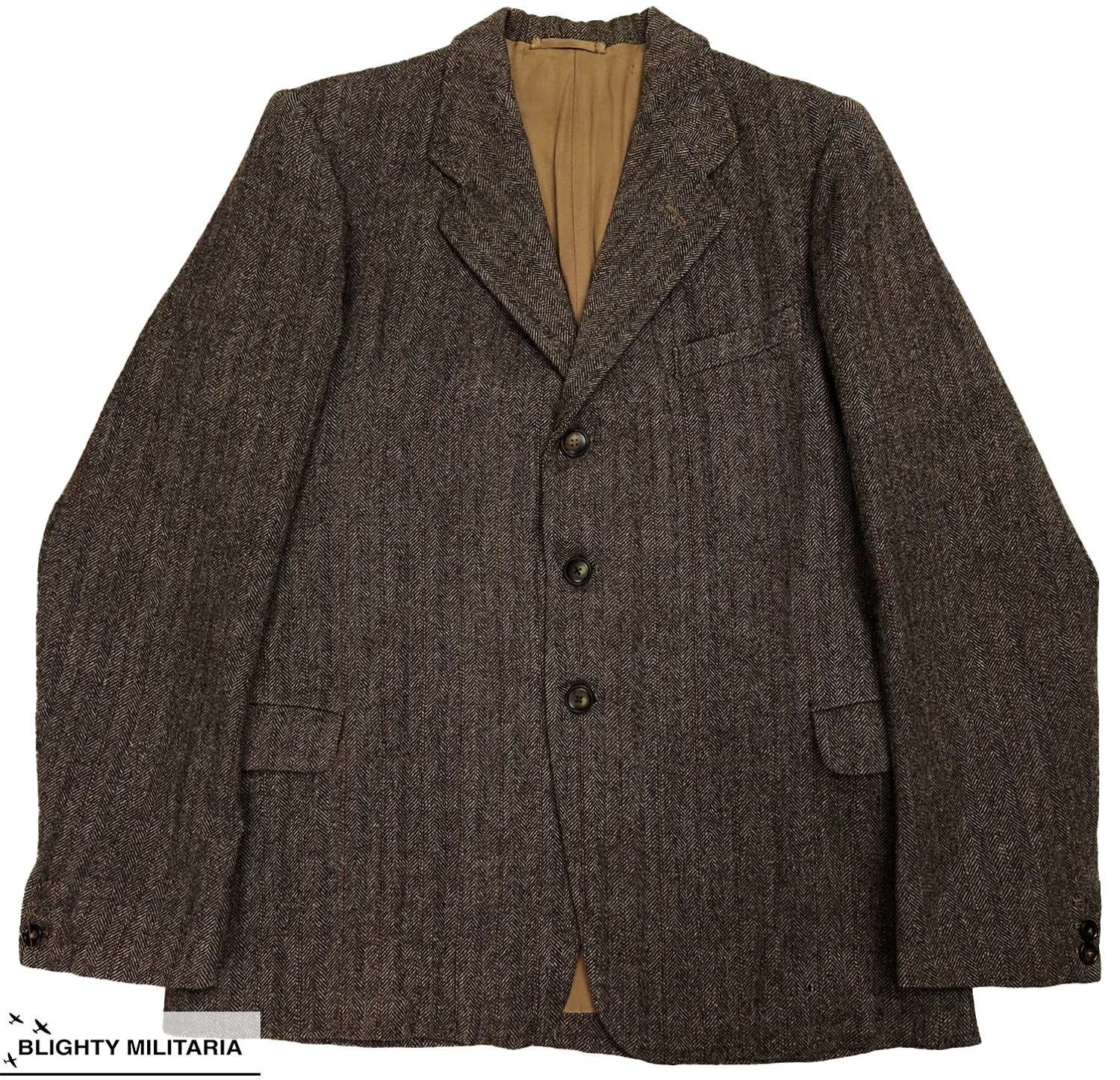 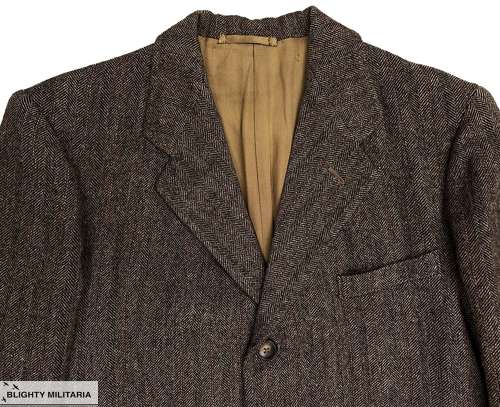 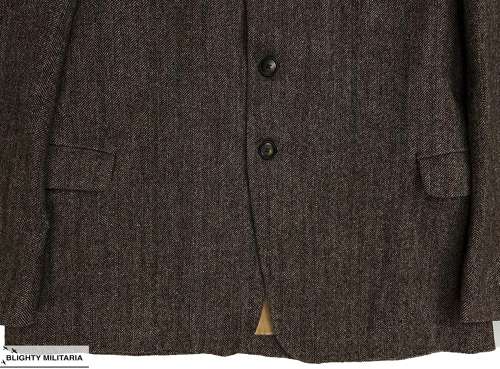 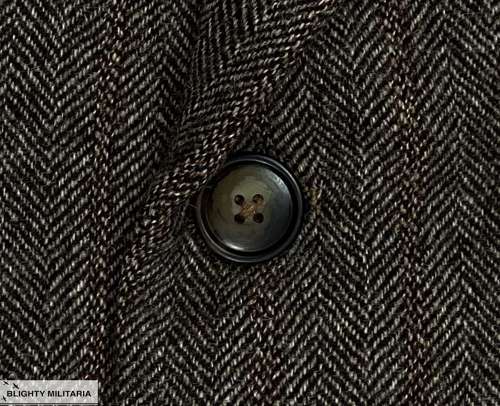 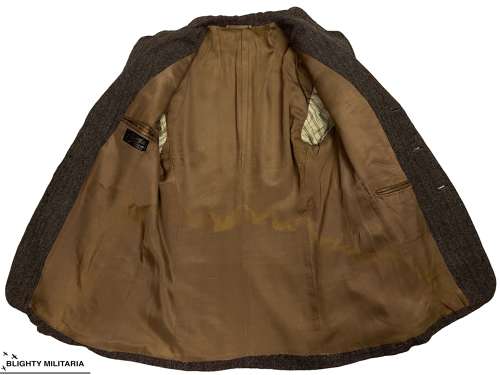 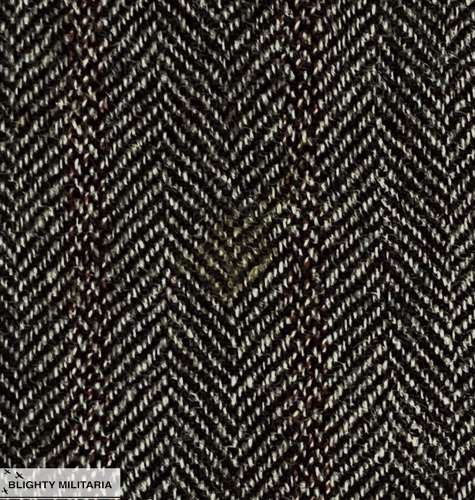 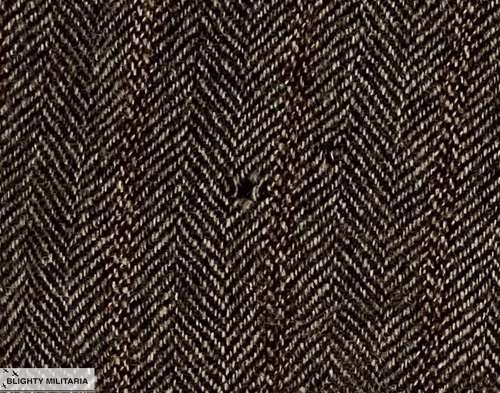 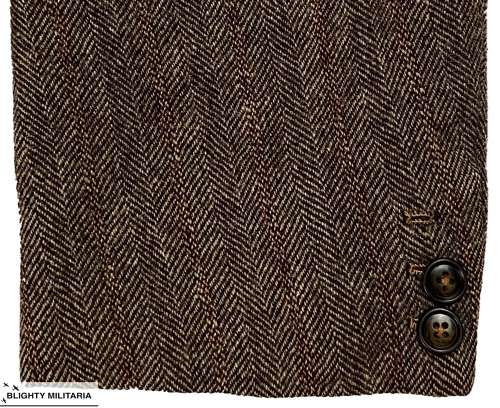 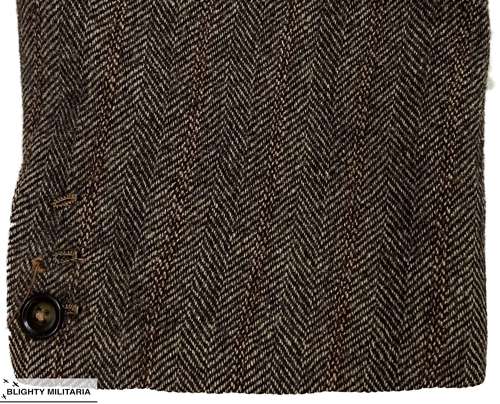 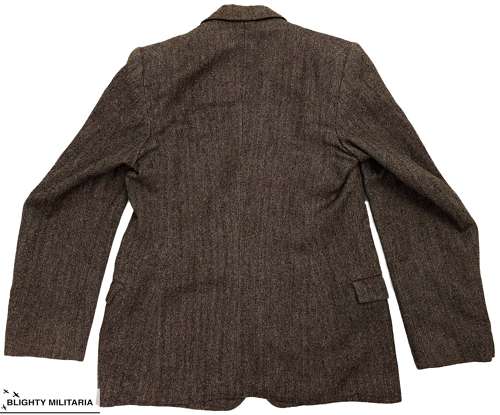 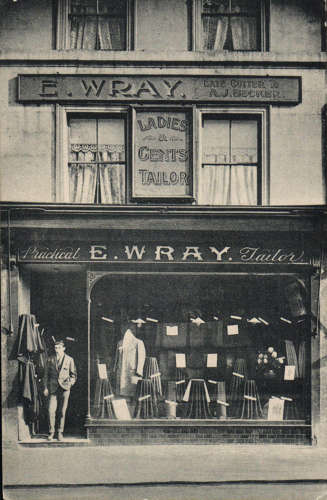 A lovely original men's Herringbone Stripe three button jacket made by 'E. Wray' during the 1930s.

This jacket is typical of those made in the late 1930s and may have originally been part of a suit. It is cut from a striking herringbone striped material which is very evocative of the period. It features a three button front, notched lapel and flapped pockets to the skirt. There is a welt pocket to the breast and there is no vent to the rear which is a typical feature of 1930s and 1940s jackets. It is also cut short in the body, a style which is sometimes referred to as 'bum freezer', which was a popular length at the time.

The interior of the jacket is fully lined in a golden coloured rayon and there is a hanging loop at the neck. The original maker's label is still present below the interior pocket and it features typical early graphics which were popular during the Edwardian period and 1920s, but still seen in the 1930s. The maker's name of 'E. Ware' is featured in gold on a black field. The words 'Practical Tailor' surmount the maker's name and the address of 293 Rye Lane, Peckham S.E' is also present. I have included a picture of the shop on Rye Lane which is still there, although it is now a Tiawanese restaurant.

The jacket is in good condition with various signs of wear and age. There is some staining to the lining and a couple of very small holes, as illustrated in the pictures. Both cuffs are missing some buttons but these could be sourced and replaced. Overall, the jacket is very wearable and displays well but please take time to study the pictures before purchasing and bear in mind that this is a vintage, pre-owned item which has some small flaws commensurate with age.

A classic 1930s British jacket in a striking fabric and with a great label!