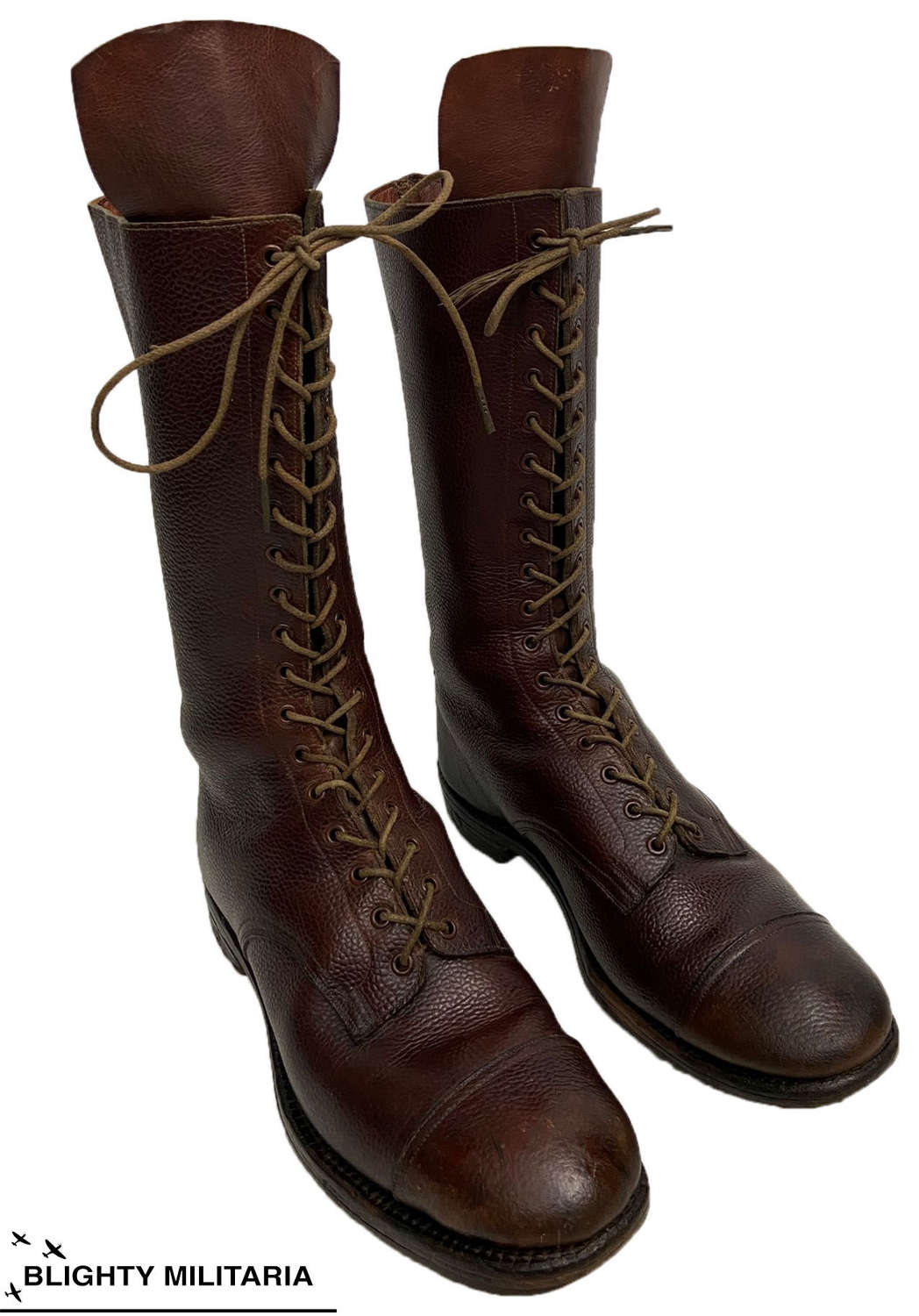 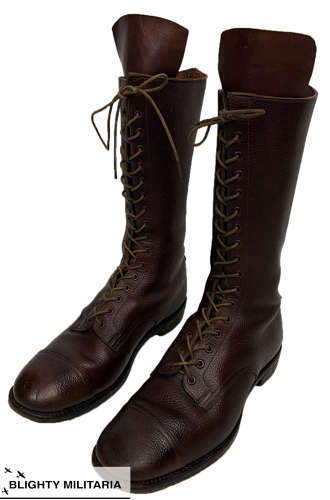 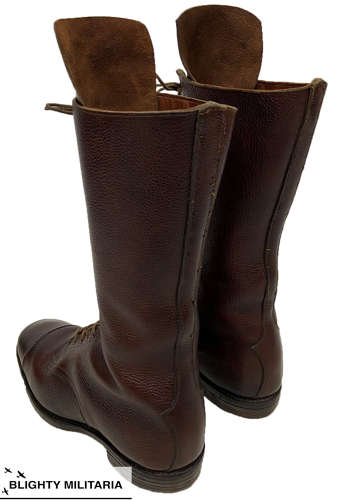 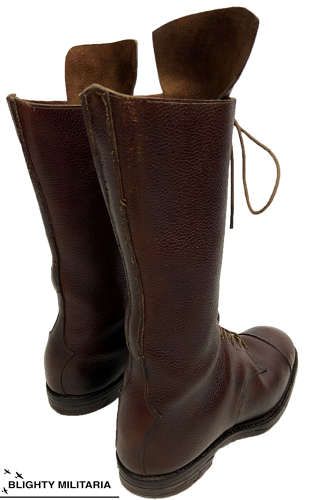 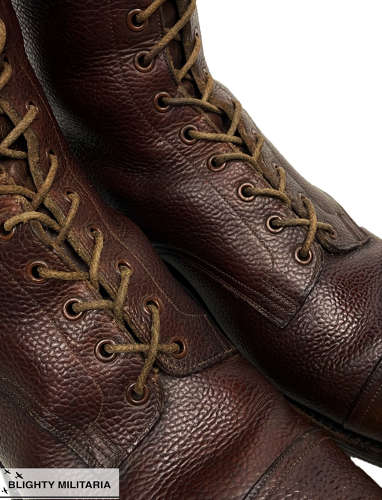 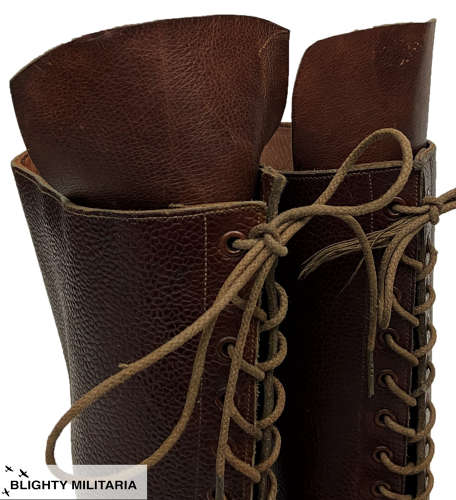 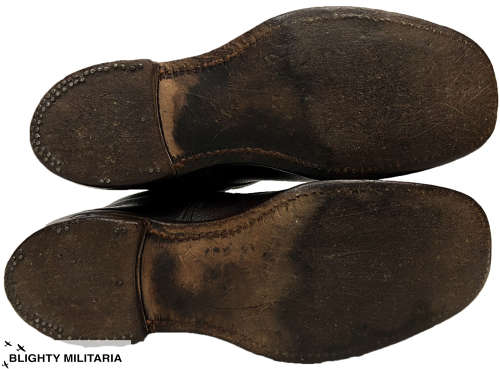 A fantastic pair of original women's brown leather boots dating from the 1930s and in good condition.

This style of boot was produced for women in the inter-war period for use on motorcycles or similar. They are rare to find today as only a limited number of people at the time could afford their own transport and the clothing to match.

The boots are typical of the inter-war period and are made from a brown coloured leather which has a pebbled finish. They are a tall boot which fasten well above the ankle, half way up the shin. This tall style is evocative of the era and is designed to be practical when used for outdoor pursuits. The boots feature a stitched toe cap which is again typical of British footwear from this period as well as a leather soles and heels. They also have an extra long tongue which protrudes over the top of the boot which is an interesting detail. The boots are fitted with their original laces, the end of one is frayed.

There is no size or maker marked anywhere on the boots; just some faint ink to the interior which would suggest that they are bespoke made. The soles measure 10 3/4" in length and 3 3/4" at the widest point.

The overall condition of the boots is very good as can be seen in the pictures. They display very well with no serious flaws or damage. The stitching all appears to be strong and they look like they will be a very wearable pair of boots. They are of course a vintage, pre-owned item so may have small issues commensurate with age.

A fine pair of highly quality boots from the 1930s!