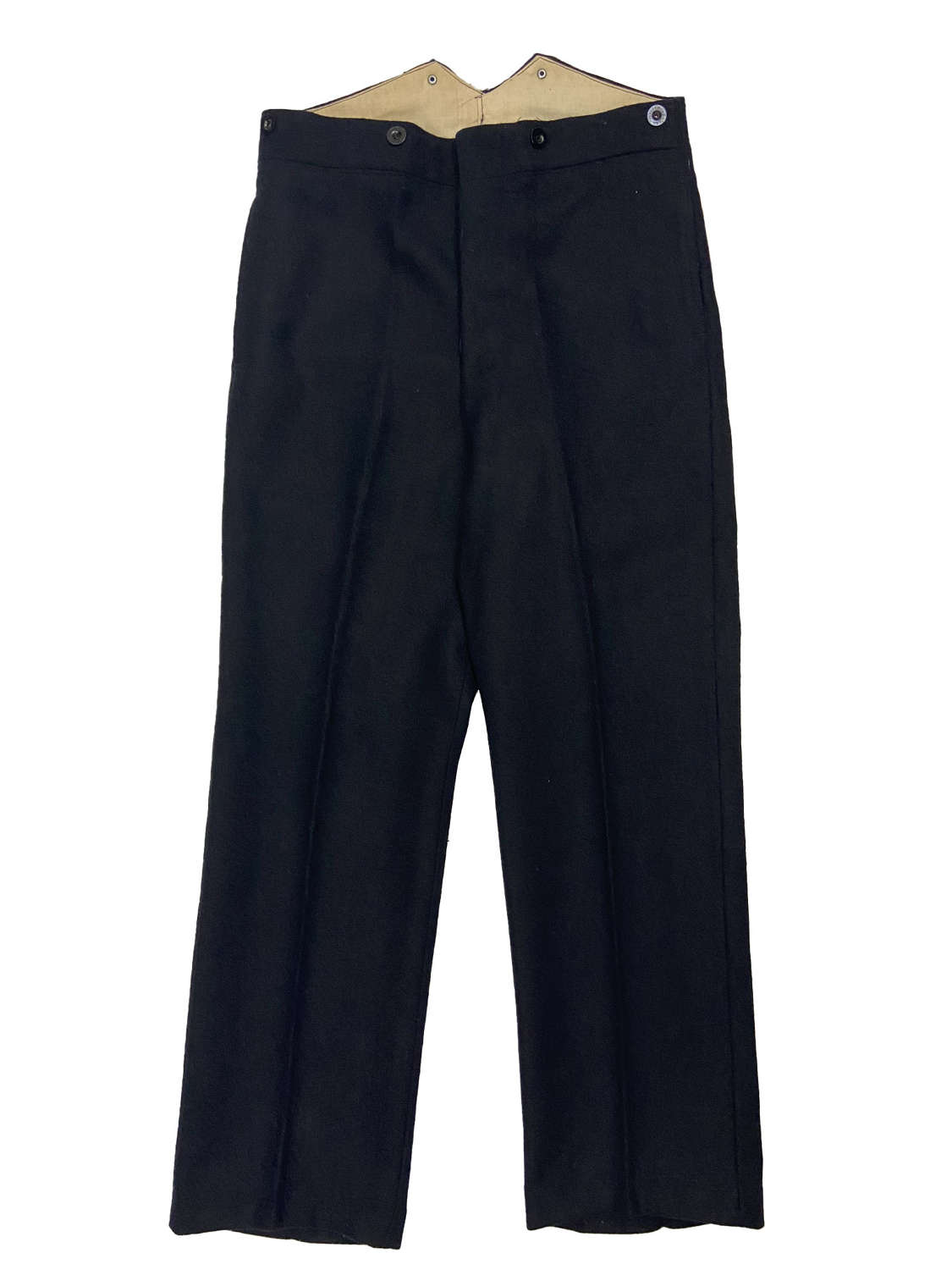 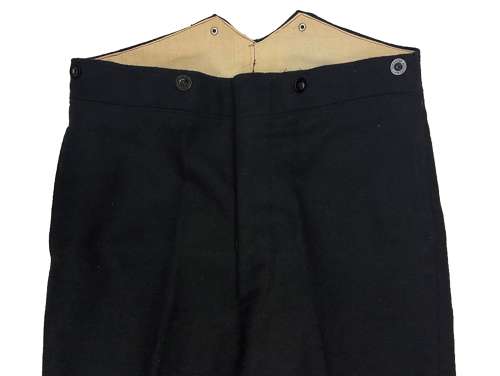 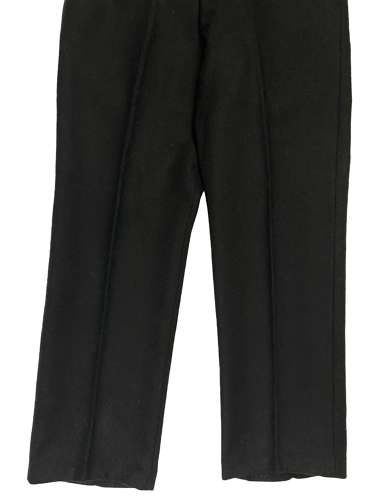 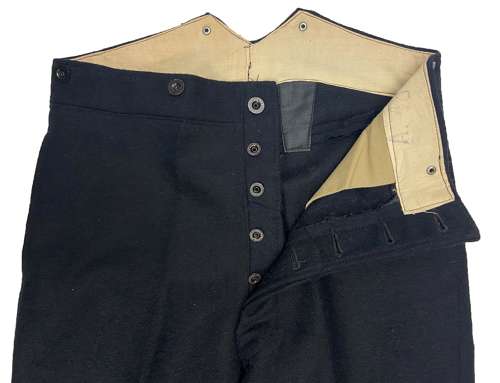 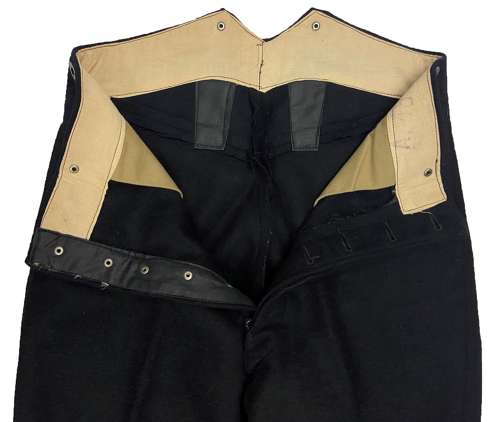 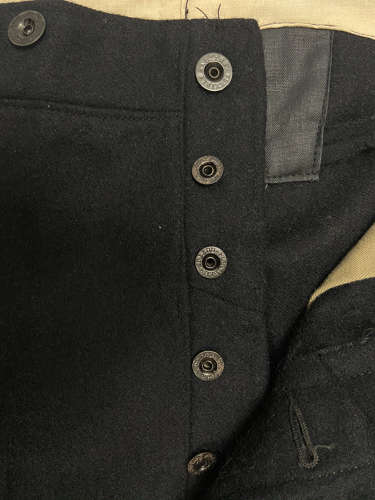 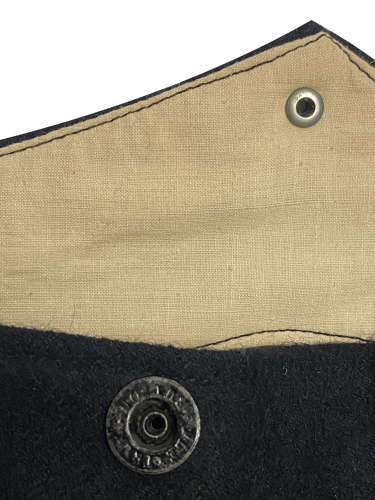 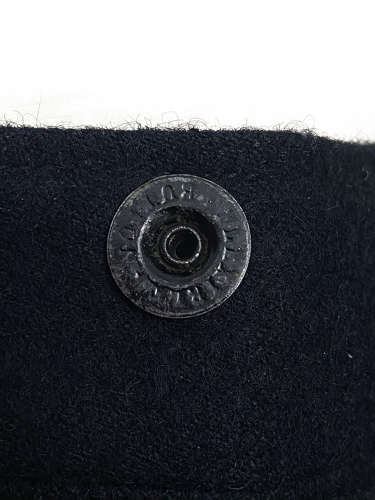 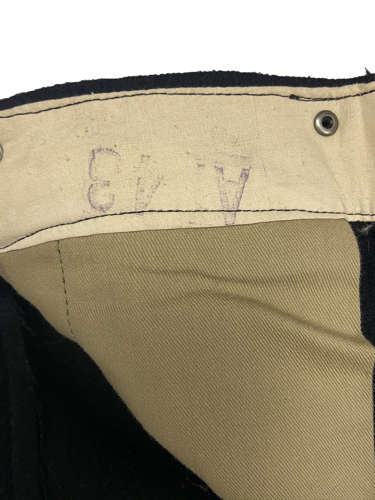 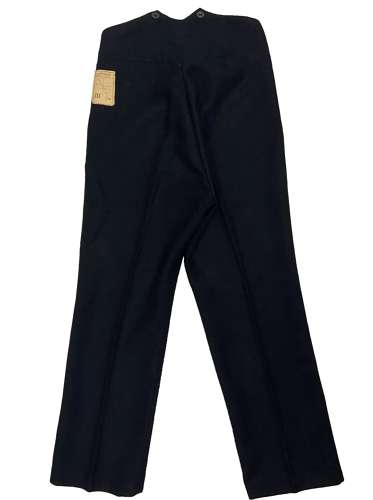 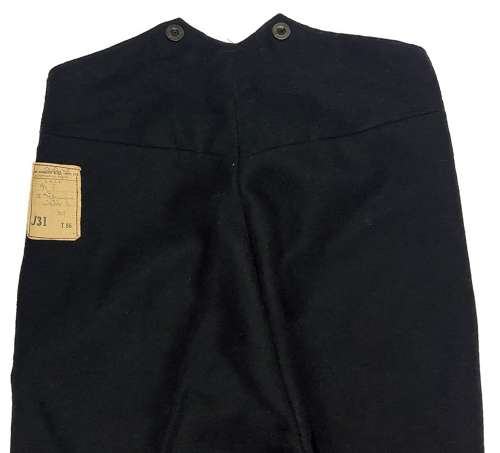 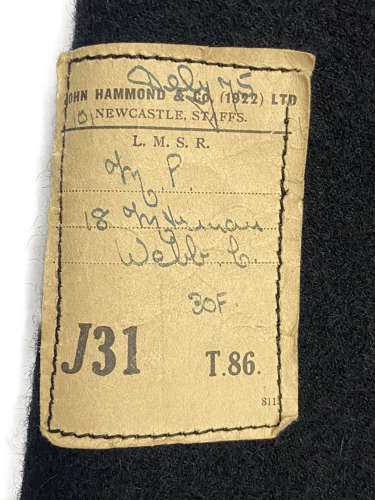 The LMS Railways was formed on the 1st of January 1922 and stayed in operation until the nationalisation of the railways in 1947, becoming British Rail on the 1st of January 1948. This dates the waistcoat to having been made in this timeframe and the paper style of label would indicate Pre-war manufacture. This style of trouser would have still been worn throughout the War Years, making it an interesting Home Front collectable.

The trousers are made from a black serge wool as was often used for workwear items during this period. They feature a high rise waist and fishtail back, the construction of which is typical of British military and workwear clothing of the era.  Slash pockets are located to each hip and the fly fastens with buttons. More buttons are located around the waist to which braces can be attached. All the buttons are made of metal and revolve around a central rivet. This heavy duty style of button is typical of workwear from this period as they are much more secure than standard stitched examples and they are each marked 'Buttons LTD'.

To the seat of trousers the original paper label is still present. It features the manufacturers name of 'John Hammond & Co (1922) Ltd' who were a prolific maker of workwear as well as clothing for the military. The London, Midland and Scottish Railway initials are also present amongst other markings.

The trousers are in very good condition and appear to be unworn. Usually the label would either be removed before wear or would wear off quickly. Overall they display very well but it may have small issues commensurate with age.