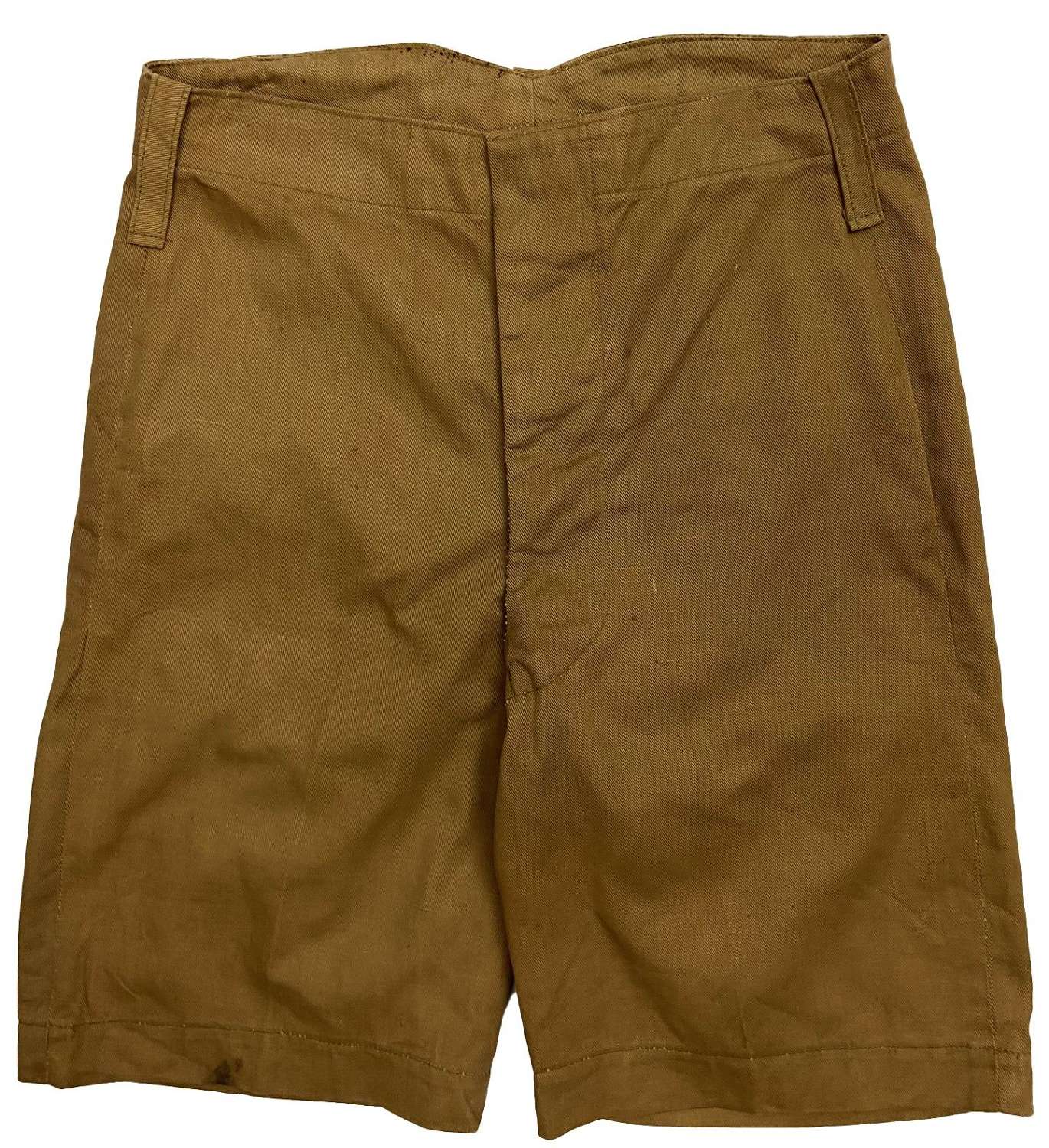 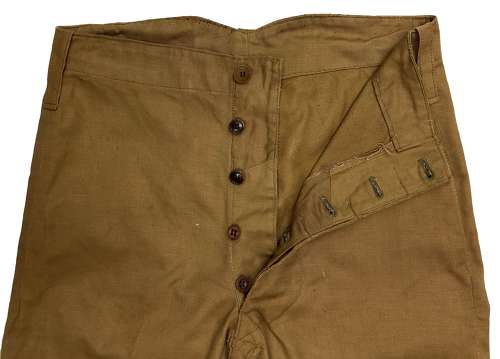 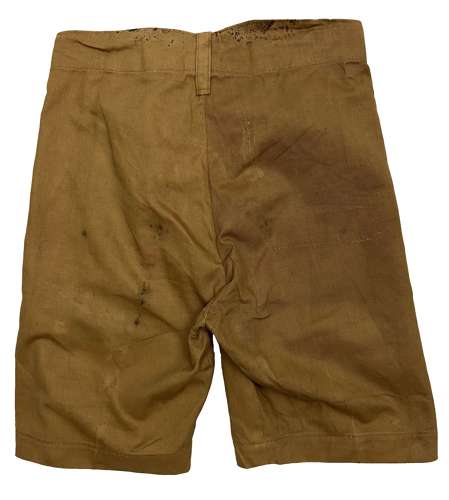 An original pair of French made Khaki Drill shorts dating from the 1930s.

These shorts are typical of those made in the inter-war period in Europe. They are made from a tan coloured cotton drill and feature slash pockets to the hips and a fish tail back - a detail rarely seen by the time the Second World War had begun. The fly of the shorts fastens with buttons which look to be French and belt loops are positioned around the waist. There is evidence of where a rear patch pocket has been removed previously.

The shorts are in wearable condition but have some staining as shown in the pictures. This has been reflected in the price but please take time to study the pictures before purchasing.

A good pair of inter-war shorts!