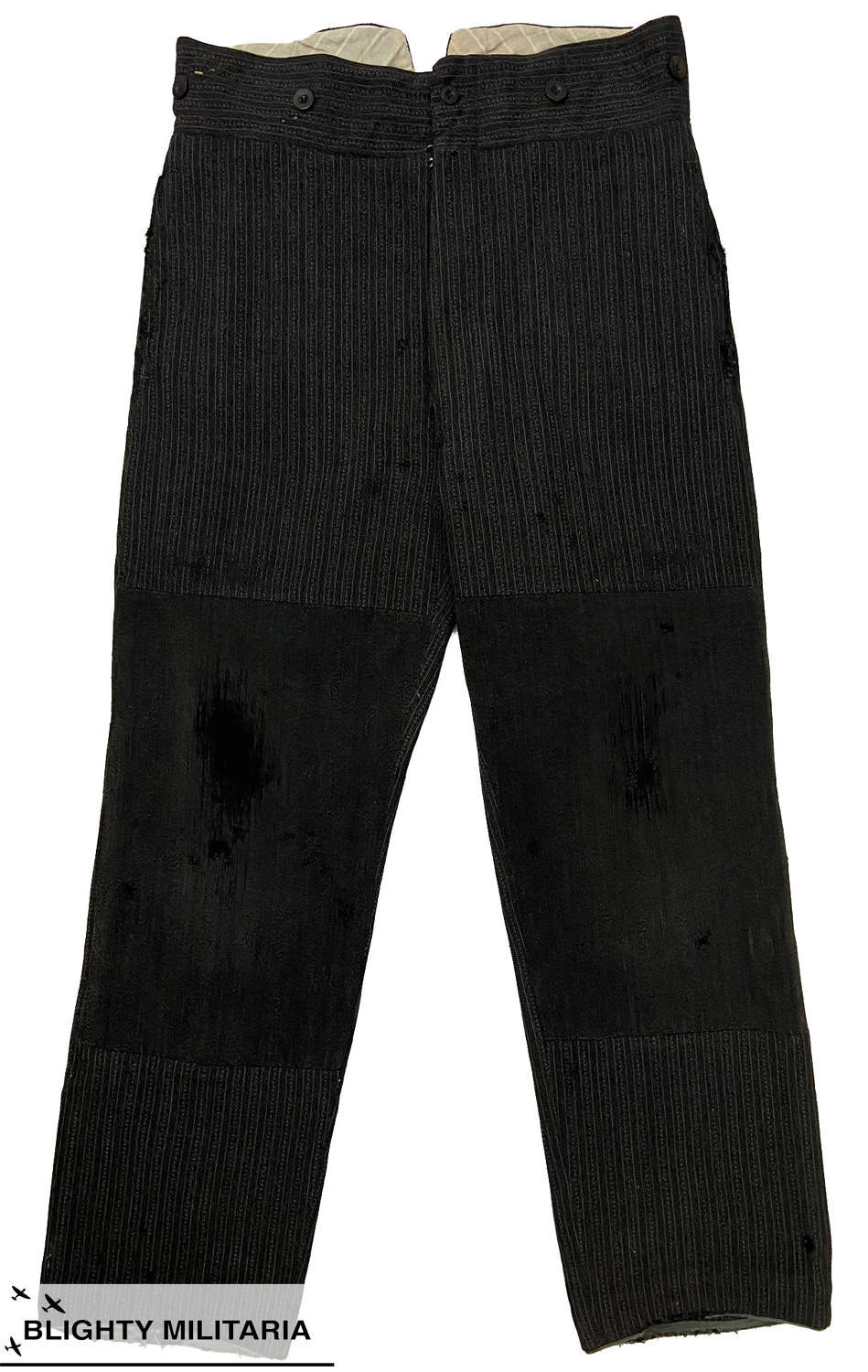 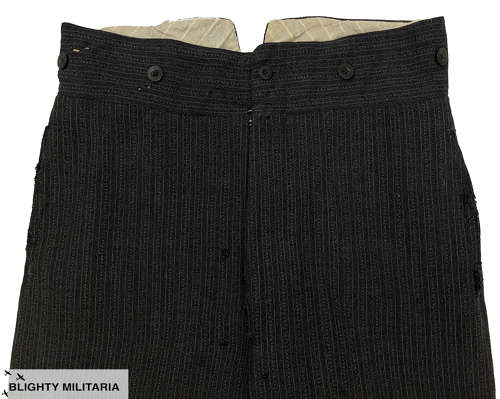 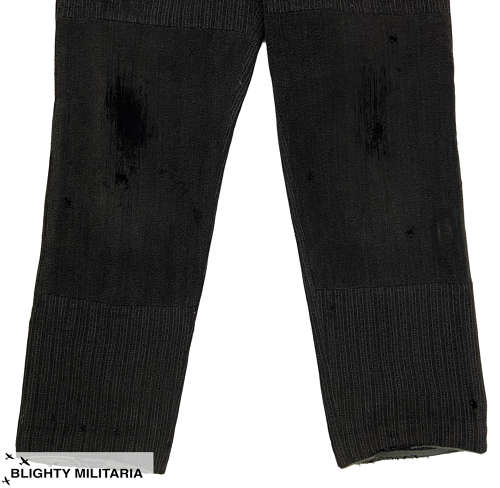 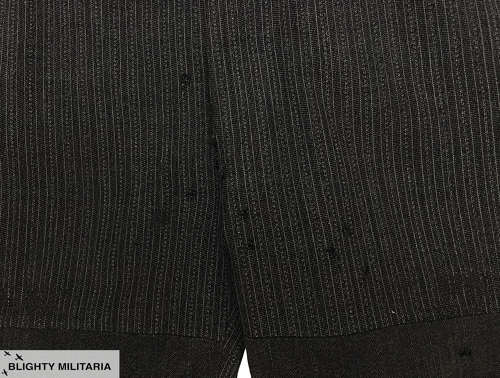 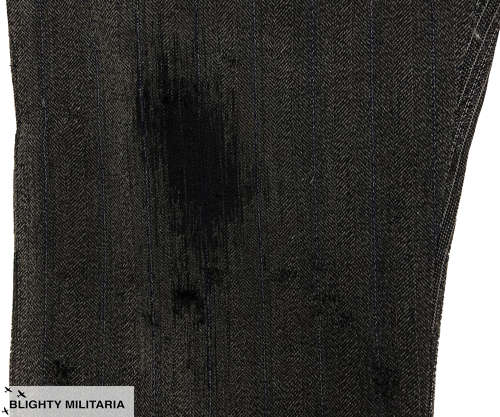 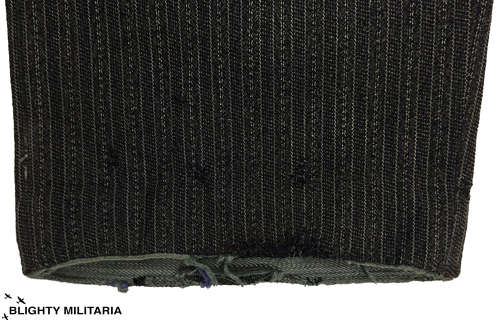 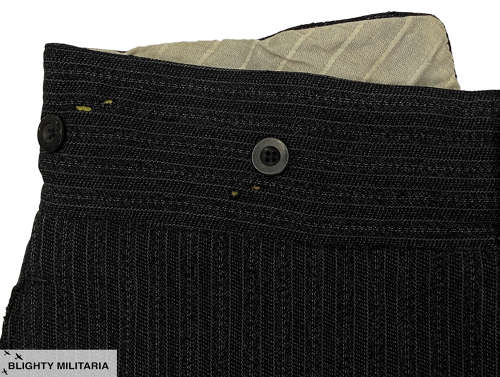 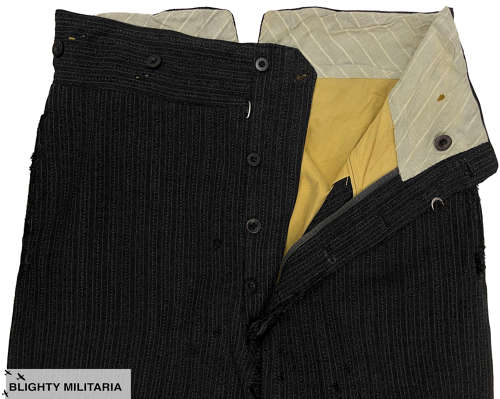 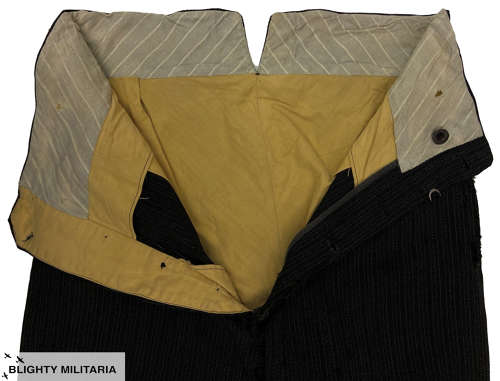 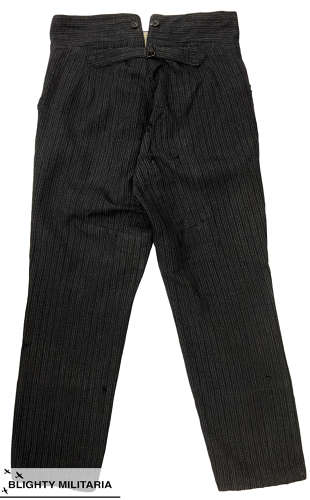 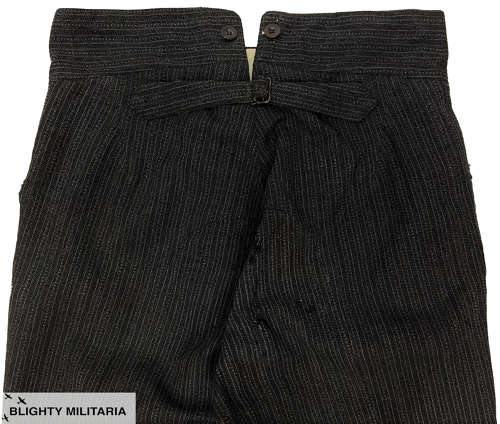 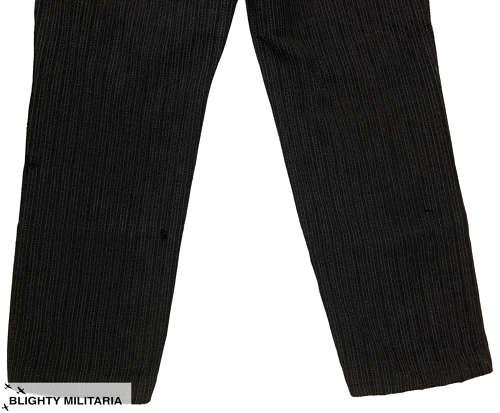 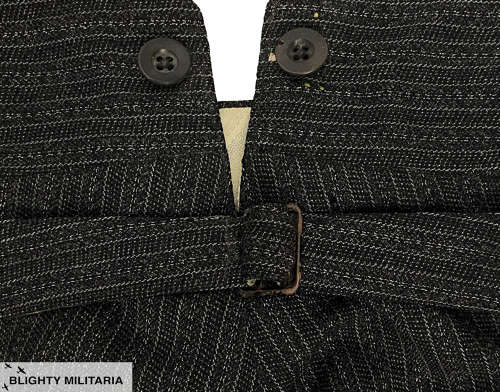 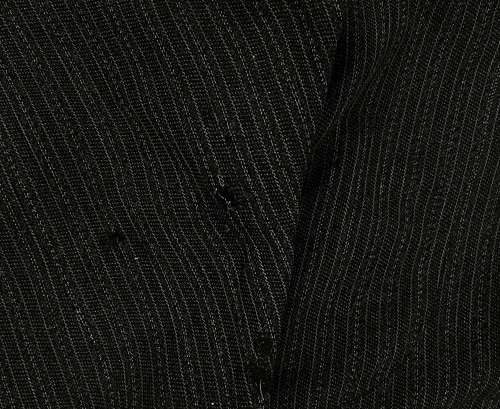 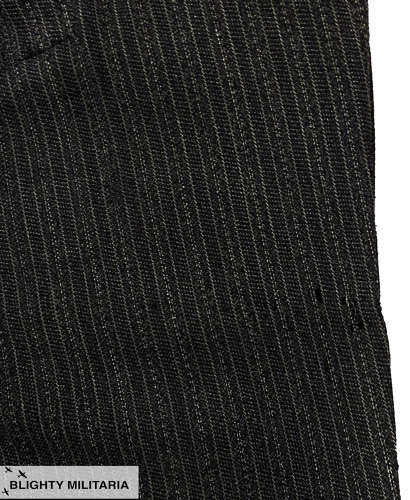 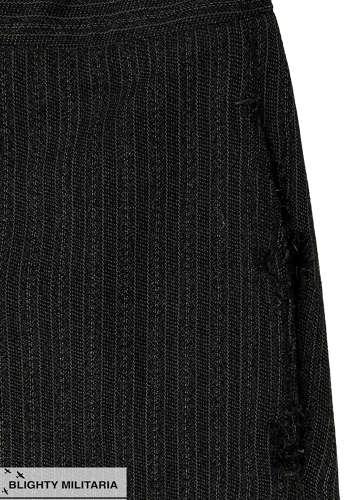 An original pair of French work trousers dating from the 1930s and in well worn condition.

The trousers are made from a dark grey wool which features a white striped pattern. They feature a flat front, slash pockets to the hips and no rear pockets. The trousers fasten with buttons and a large hook and eye which is typical of French trousers from the period. They feature a deep waistband and buttons are fitted around the waist to which braces can be attached. The rear of the trousers features a cinchback belt and buckle as were often fitted to work trousers of the 1920s and 1930s, as well as the 1940s although it was less common by this point.

The trousers are in heavily worn condition. There are various period repairs including two large patches to the front which are typical of the period. There are also numerous holes and wear to the cuffs. I have included photographs of the wear and damage so please study them before purchasing and bear in mind that they are a very worn pair of vintage work trousers and far from perfect.

A classic pair of French Workwear trousers with some typical pre-war features and great repairs!