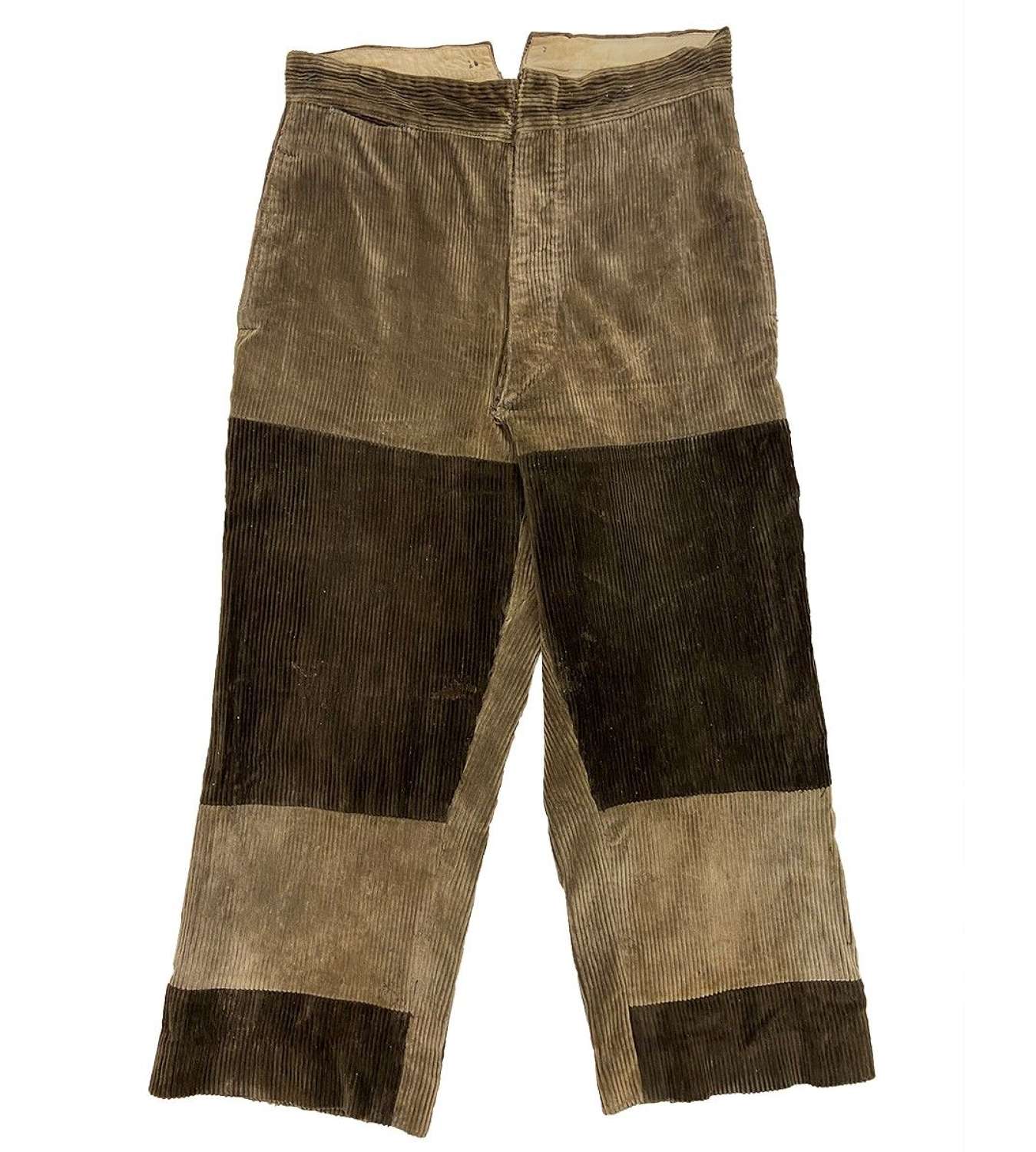 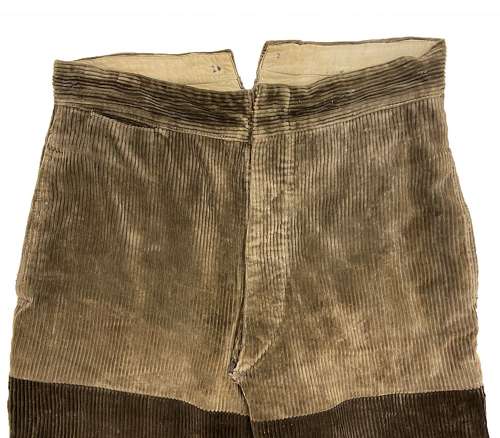 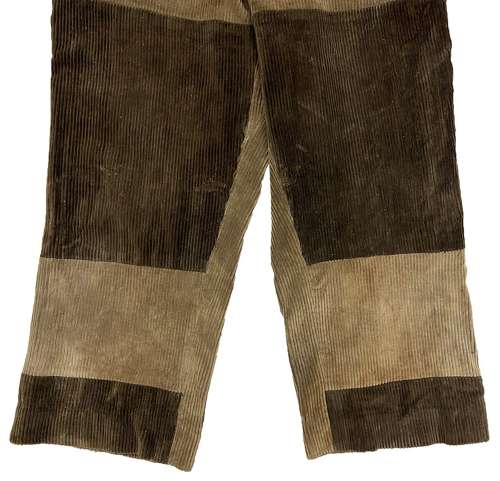 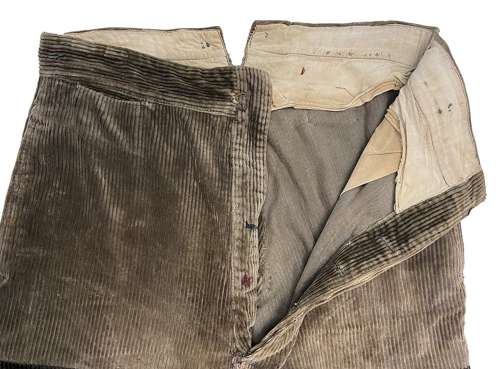 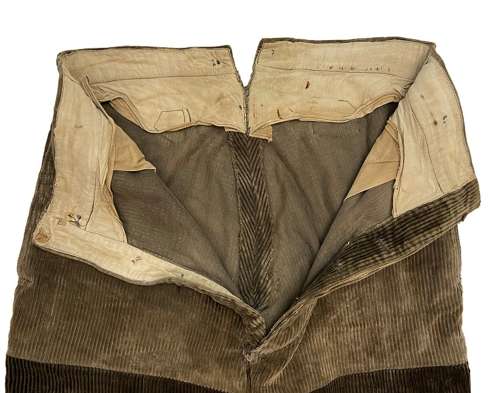 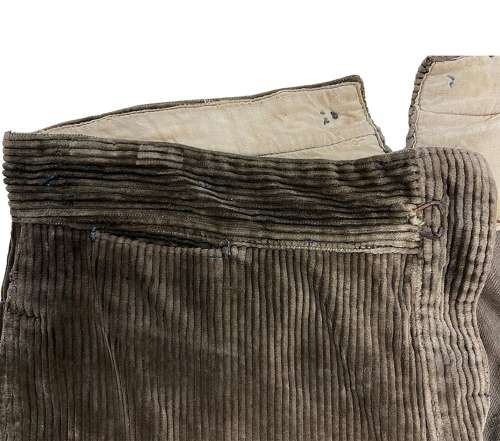 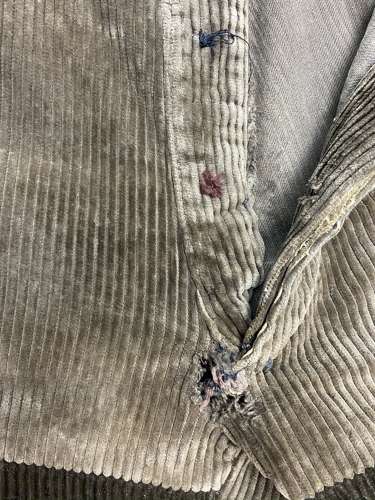 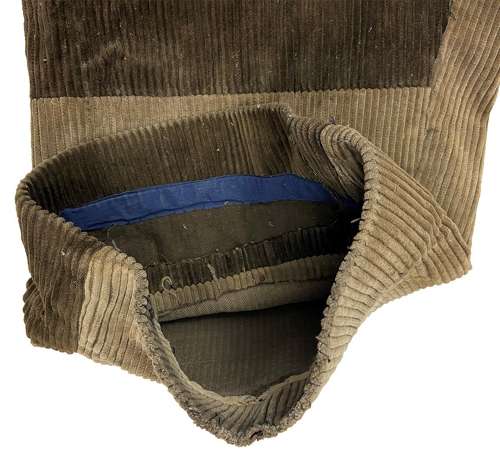 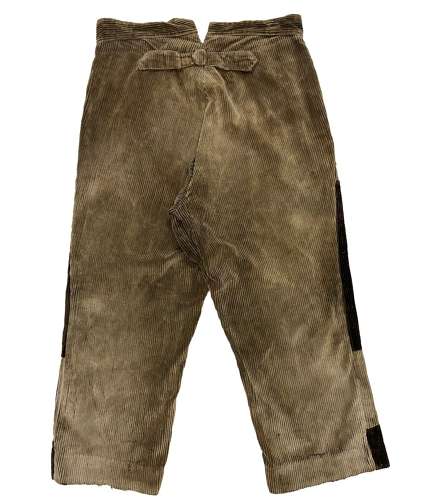 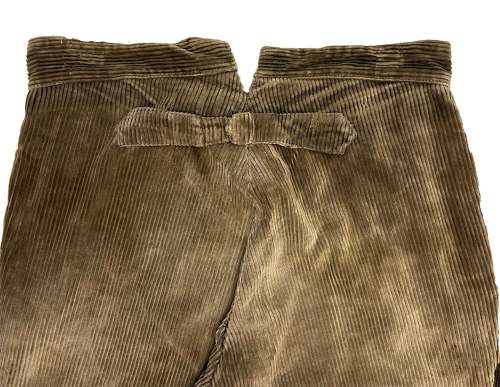 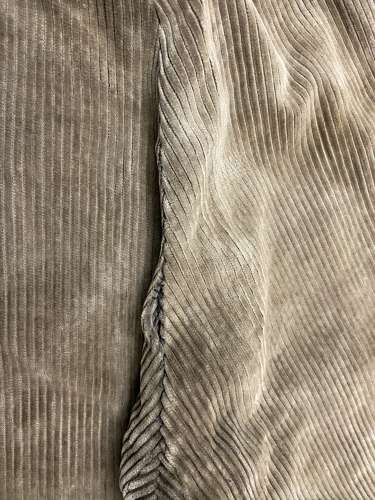 An original pair of French Corduroy trousers dating from the 1930s and in a small size.

This style of trousers was extremely popular with French labourers, Artisans and workers during the inter-war period. Made from a brown coloured thick corduroy material, the trousers feature a high rise waist and wide leg as was popular during this period. Slash pockets are located on each hip and a small ticket pocket is present to the waistband. To the rear of the trousers a cinch back belt and buckle is present and is a typical feature of inter-war french work trousers.

The trousers feature contasting dark brown corduroy repair patches which give the trousers their own unique look. This style of repair was common in France and was often worn as a sign of ones hard work.

The trousers are in worn condition as can be seen in the pictures. There is a hole to the crotch, buttons are missing from the fly and the metal loop which fastens the trousers at the waist has broken. There is a slight loss of stitching to one layer of stitching at the seat although this is not a hole as the other line of stitching appear intact. These trousers wold require work before they would be wearable again.

A classic pair of pre-war French work trousers with some great details.