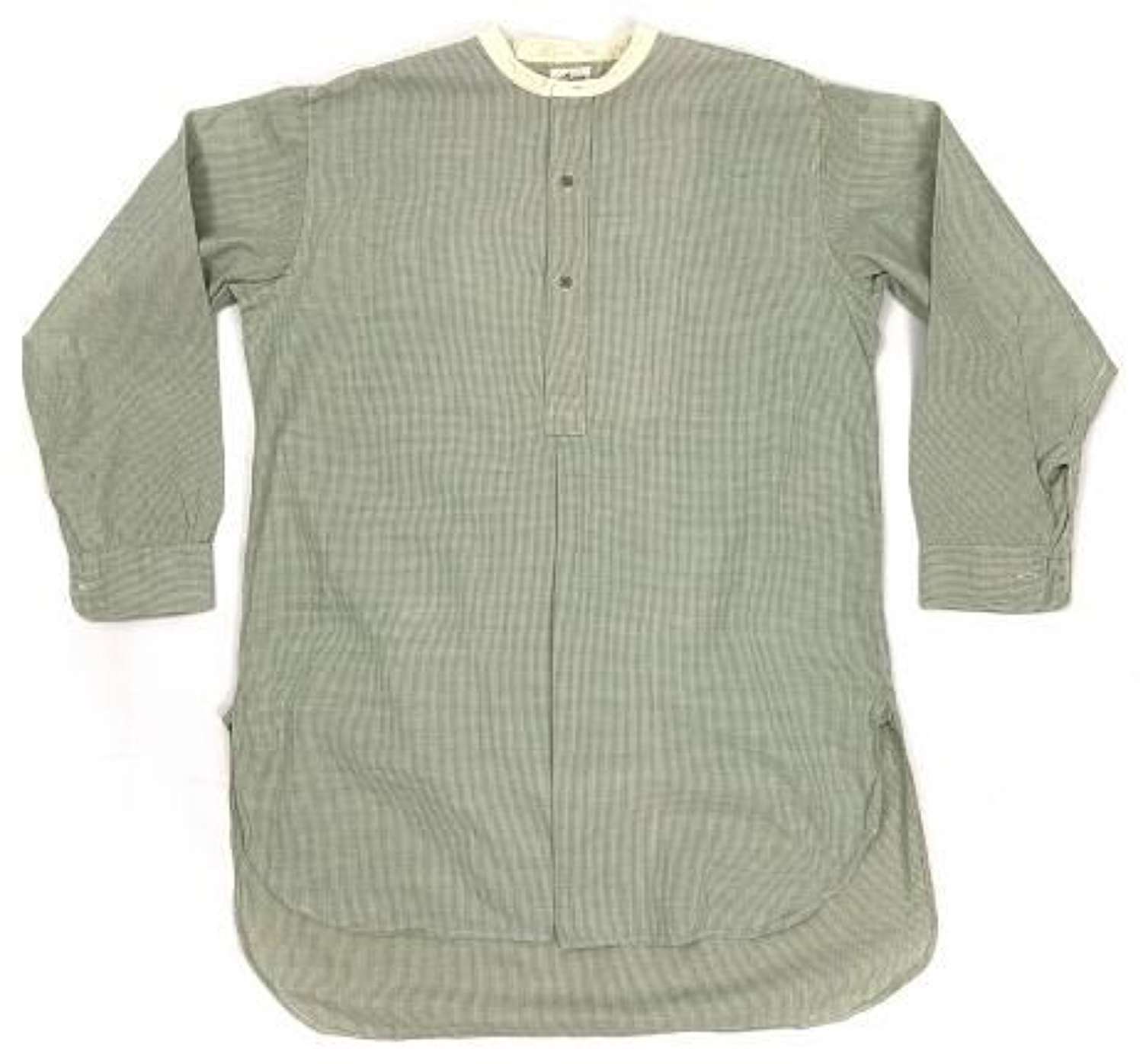 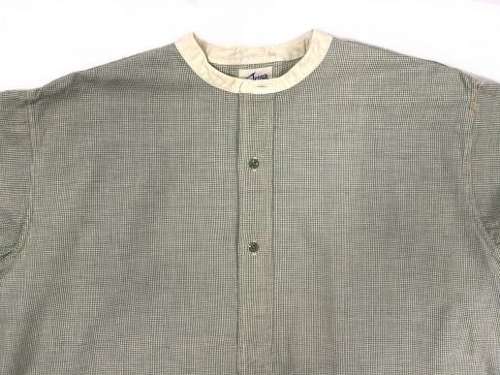 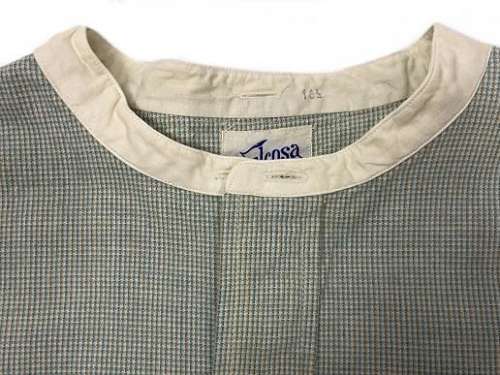 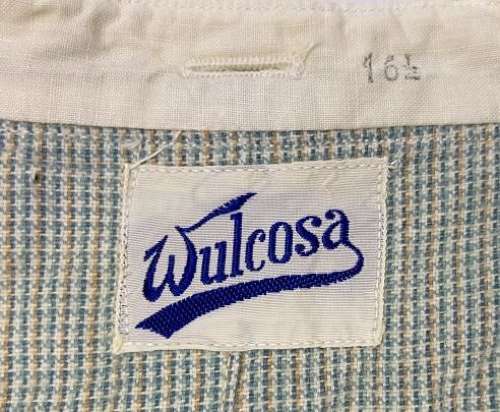 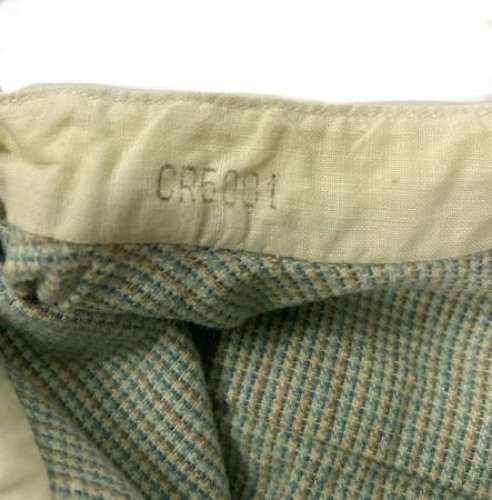 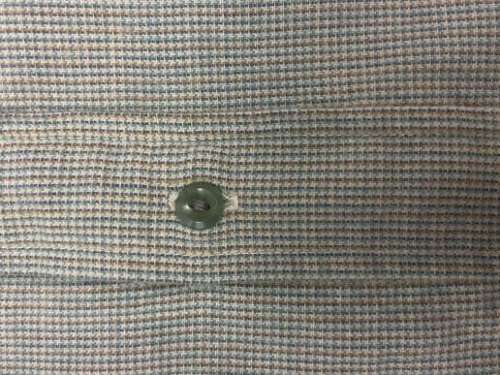 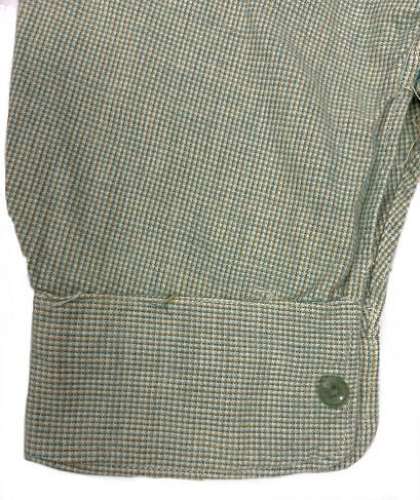 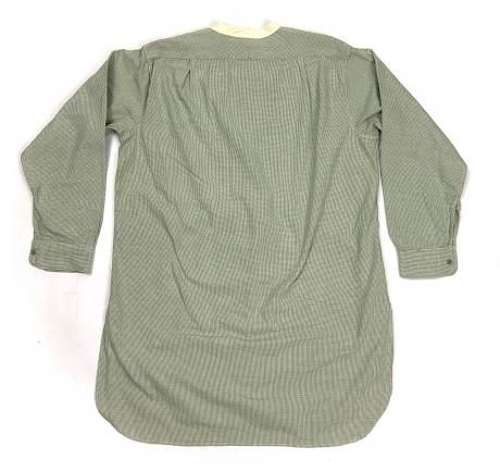 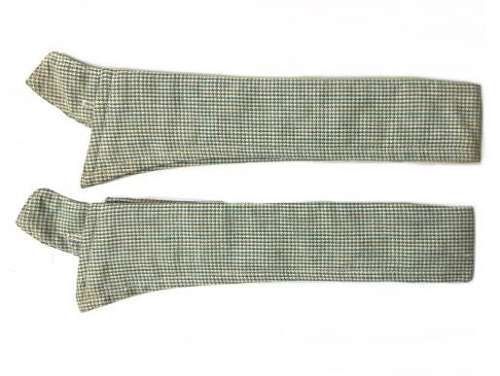 An original men's collarless shirt made by 'Wulcosa' and dating from the 1930s.

This shirt is a dead stock, unworn item which was still in its original string and paper packaging until recently (included with shirt). It has been carefully removed and dry cleaned and is now ready to wear!

This shirt is typical of the inter-war years being of half-fronted, collarless design as was popular in the UK in the first half of the 20th Century. It is made from a soft wool flannel which features a subtle dogtooth check of orange, blue, green and cream making for a very period colour pallet. It comes with two matching collars which attach to the white cotton neck band with collar studs (not included).

The neckband of the shirt is stamped with the size of 16 1/2" which is worn with the corresponding supplied 17" collars.

inside the neck of the shirt the original label is still present and states the maker as 'Wulcosa'. The label is typical of those found in the 1920s being a simple two colour combination with no graphics aside from the brand name.

The shirt is a large size and when laid flat measures -

Both the shirt and collars are in exceptional, unworn condition as can be seen in the pictures. This is a previously un-worn item but may have small issues consummate with age - although I can find none!

A rare large size pre-war shirt in fantastic condition and cut from a fabulous cloth which is indicative of the era. Large un-worn items from this era seldom appear on the market today!