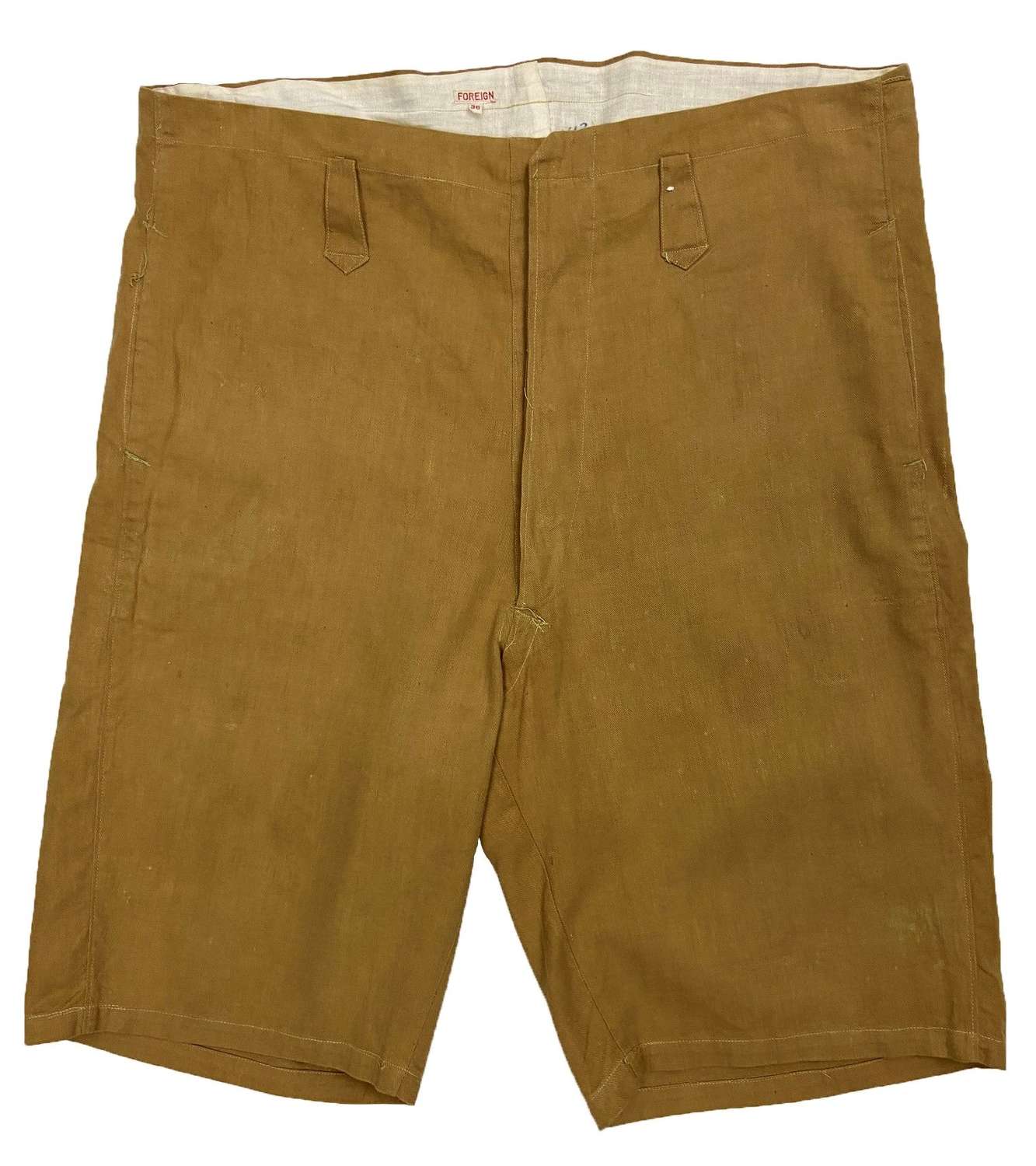 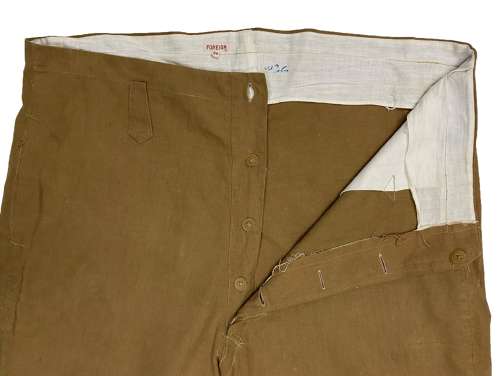 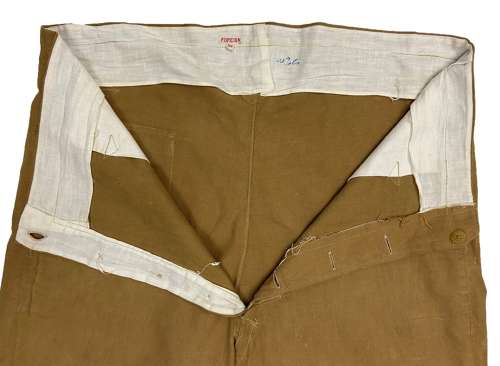 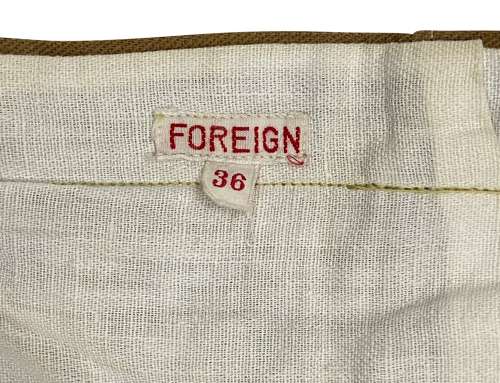 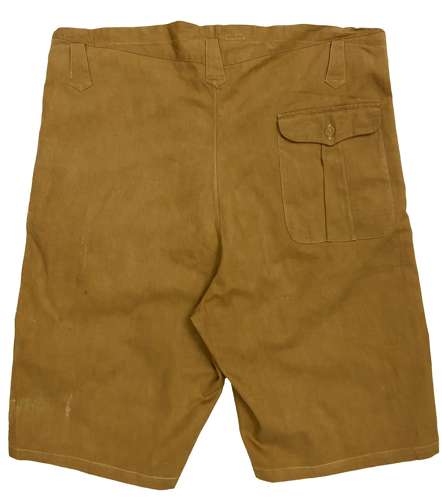 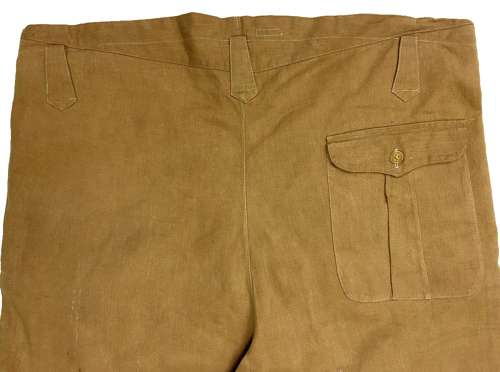 An original pair of khaki drill shorts dating from the 1920s.

The exact origin of these shorts is unknown but the label would suggest they were sold in Great Britain but made elsewhere. They may be private purchase British Army or RAF officers' shorts, or just civilian examples, although the two are quite often the same thing.

The shorts have features typical of the early inter-war and Great War period. They feature a long narrow leg, much longer than those worn in the 1930s and through to the 1960s. The design found on the upper rear portion is also typical of the era and is very similar to the design used on British Army Service Dress in the Great War. The rear also features a pleated patch pocket with flap which is again typical of early shorts. The shorts fasten with buttons and have belt loops positioned around the waist. Inside the shorts a small label is present which features the word 'Foreigh'. Below this is a smaller label which denotes the size as 36.

The shorts are in good condition for their age with limited signs of wear and age. They display well but are a vintage item so may have small issues commensurate with age.

A nice pair of early KD shorts in the hard to find early cut!