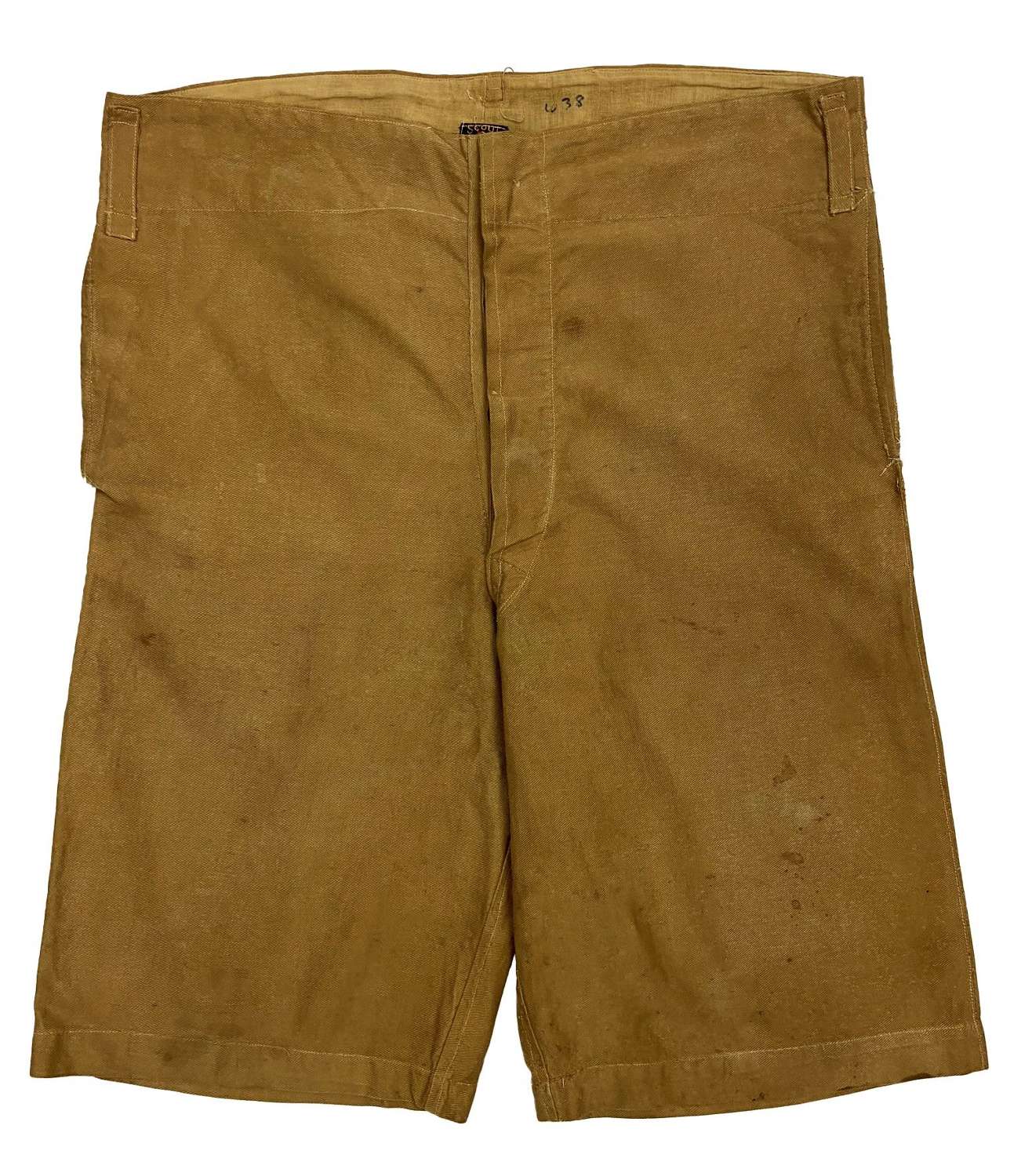 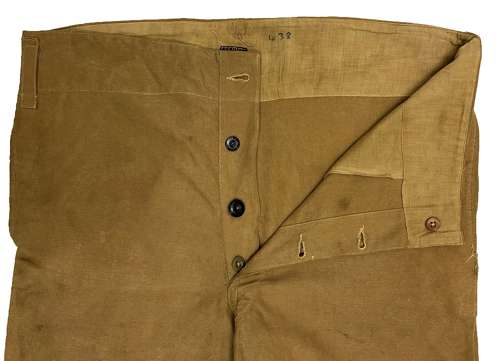 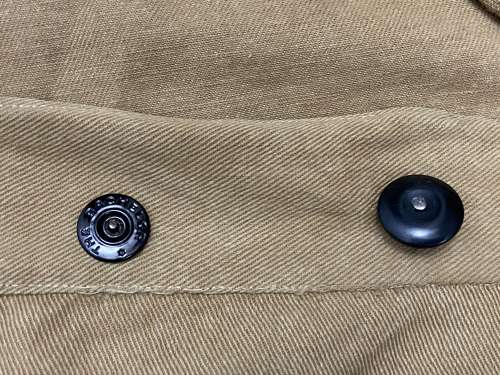 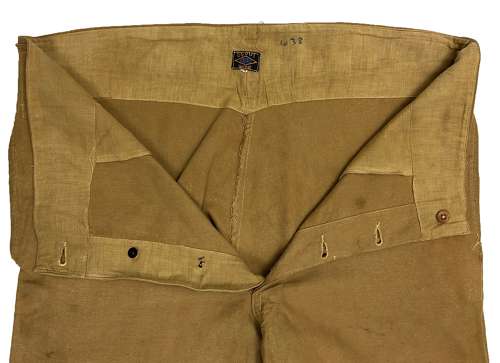 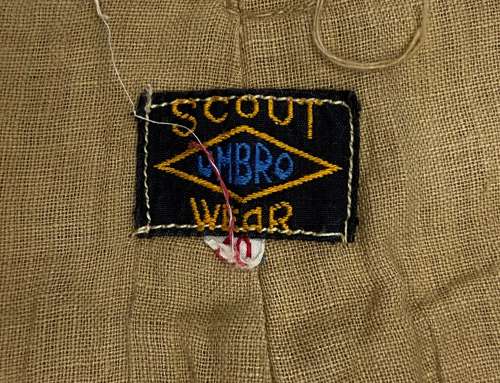 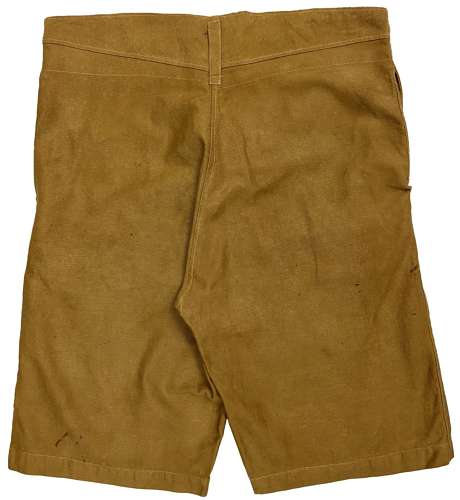 An original pair of men's khaki shorts made by 'Umbro' in the 1920s.

These rare shorts are noticeably different to later examples as they have a longer leg with a narrower cuff and when worn they have a classic Edwardian look to them. They are made from a khaki tan coloured cotton drill which is a deeper, more orange colour than usually found with later shorts. The fly fastens with buttons (some of which are clearly period replacements), slash pockets are located in each side seam and belt loops are fitted to the waist.

Inside the shorts the original label is still present and reads 'Umbro Scout Wear'. Umbro were a prolific manufacturer of sportswear in Great Britain during the 20th Century, probably better remembered for their sportswear made towards the end of the 20th Century. The label is typical of the era and is a nice addition to these early shorts.

The shorts are in very good condition considering their age. They display well and appear to be very wearable but may have small issues commensurate with age.

A nice pair of early shorts with a great label!