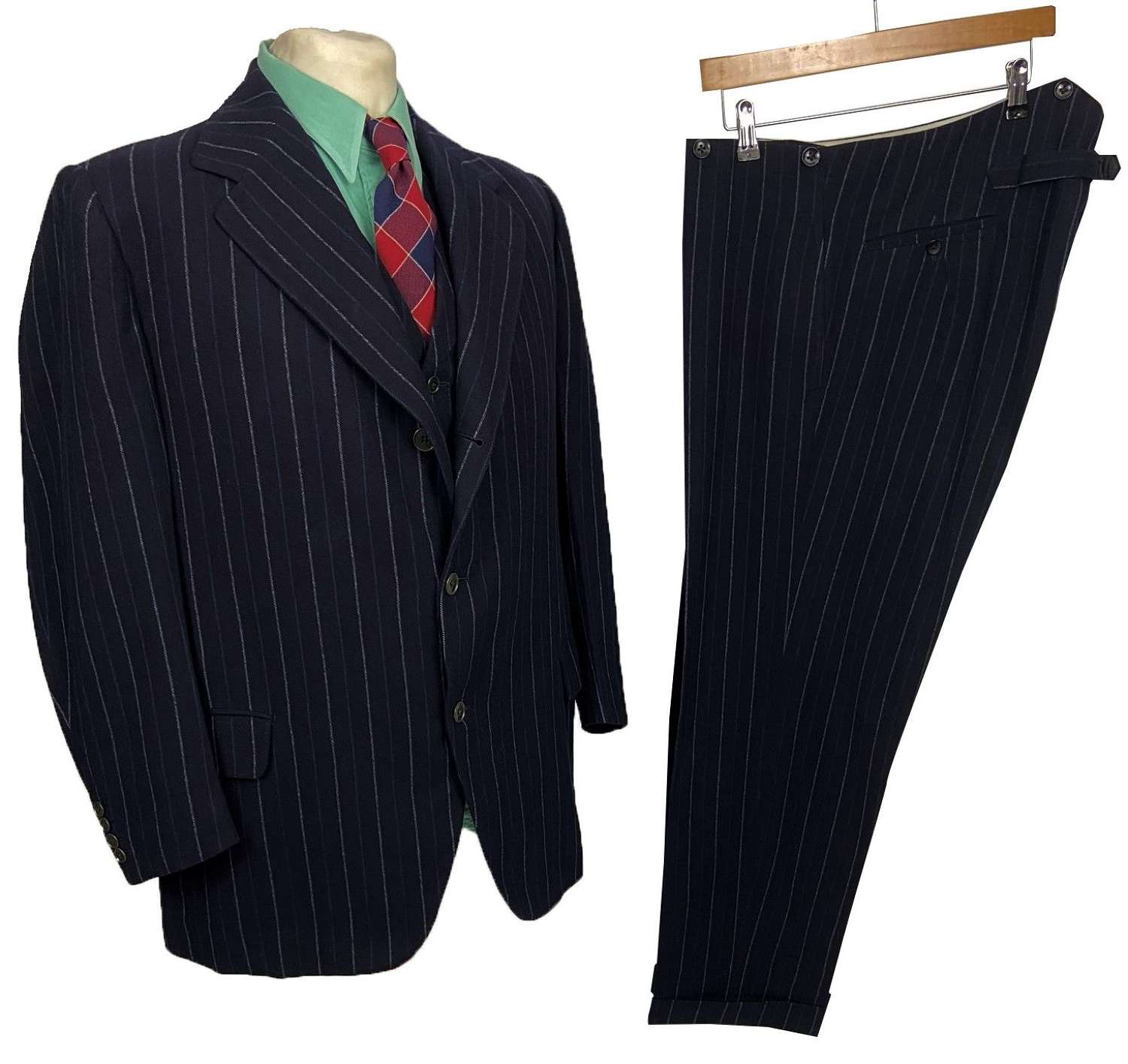 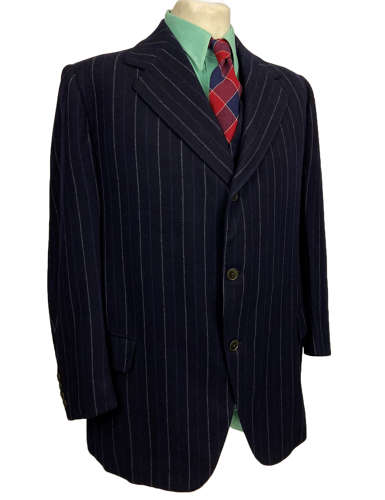 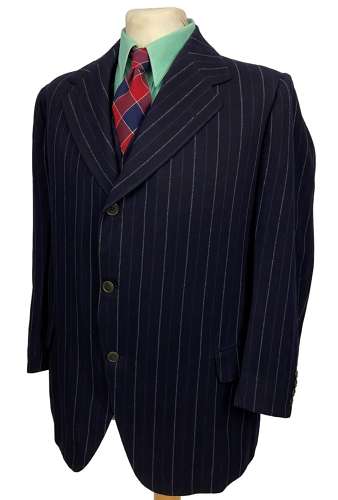 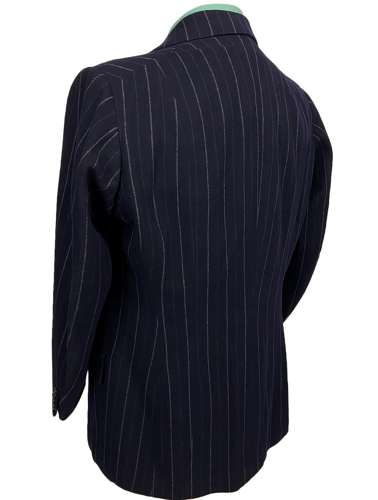 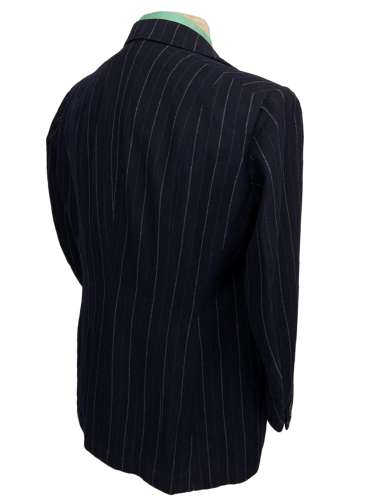 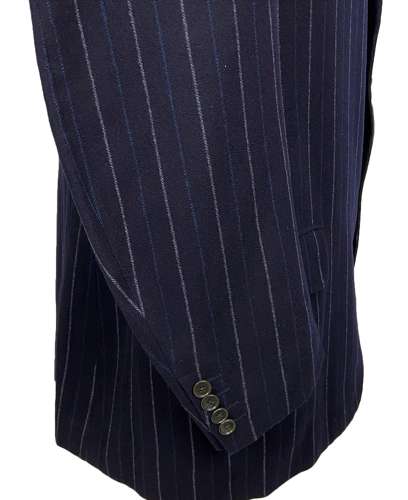 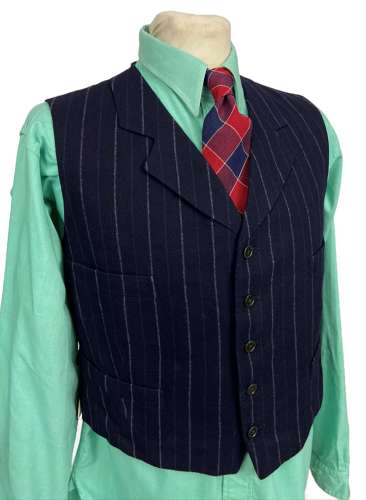 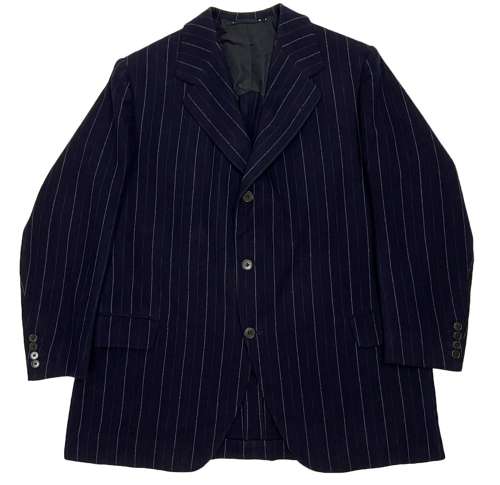 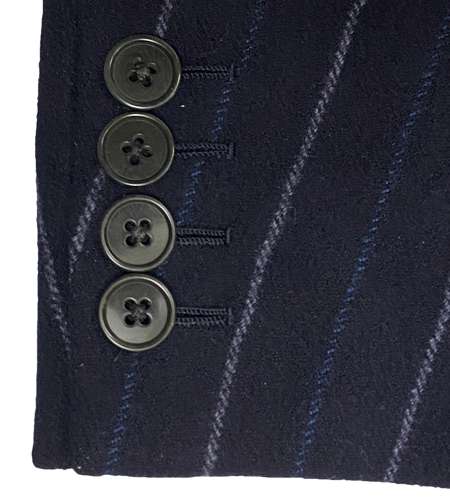 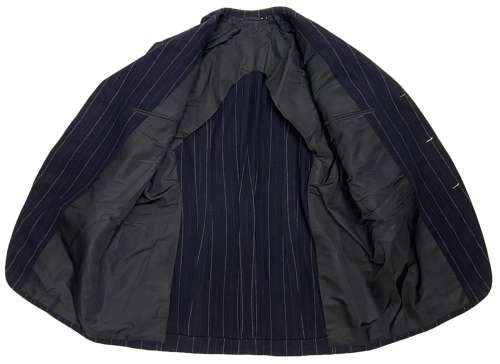 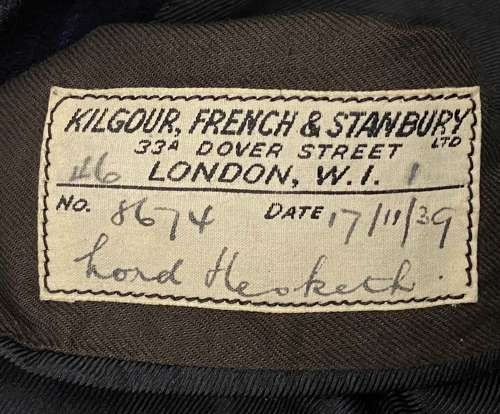 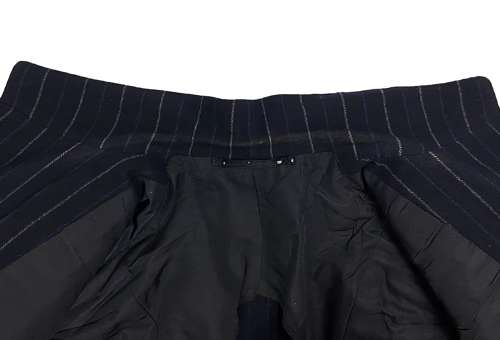 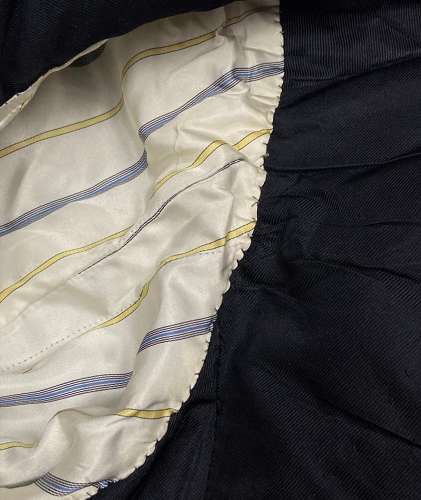 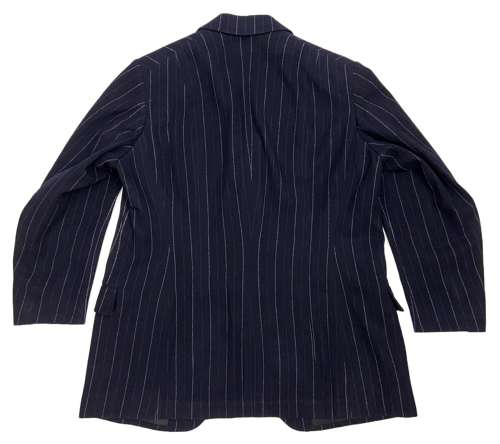 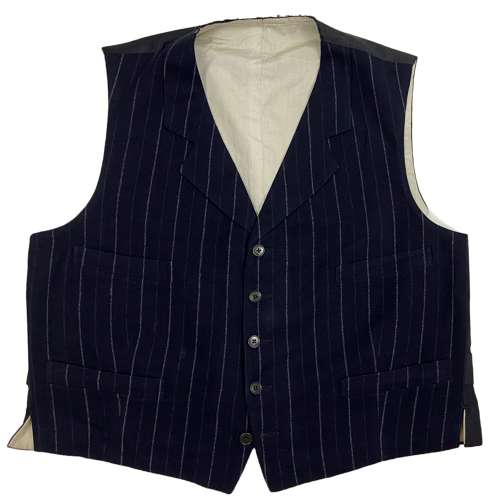 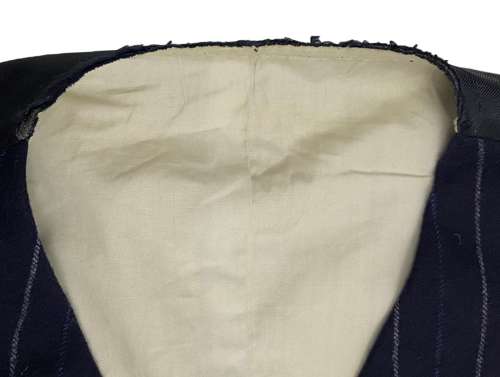 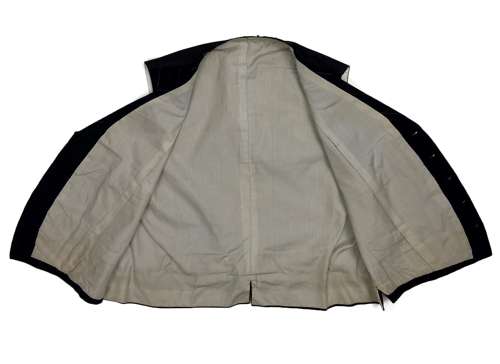 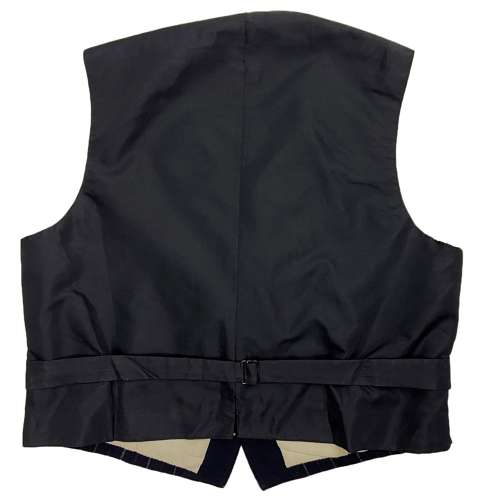 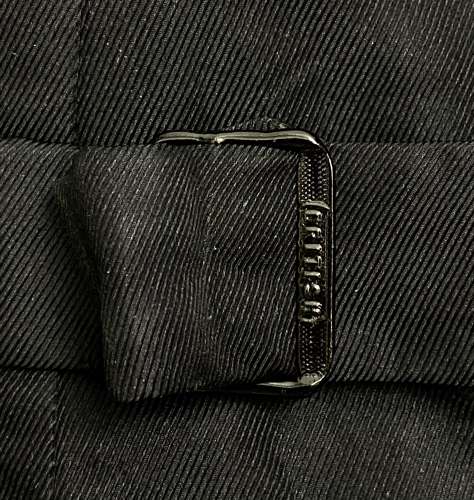 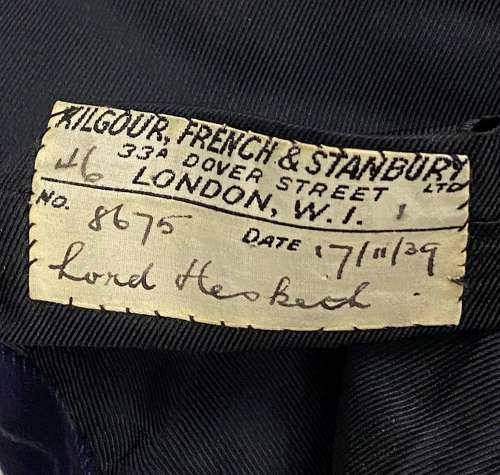 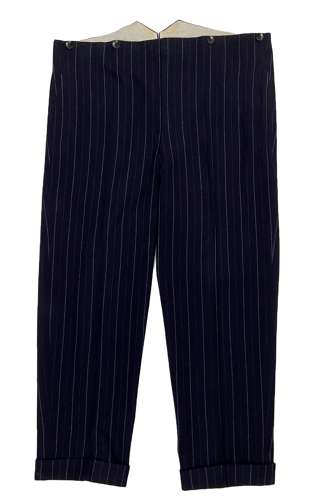 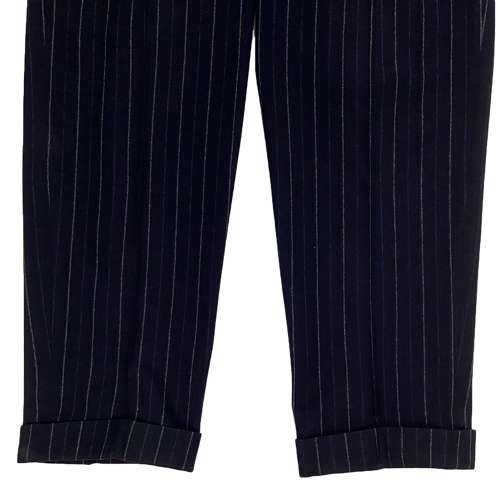 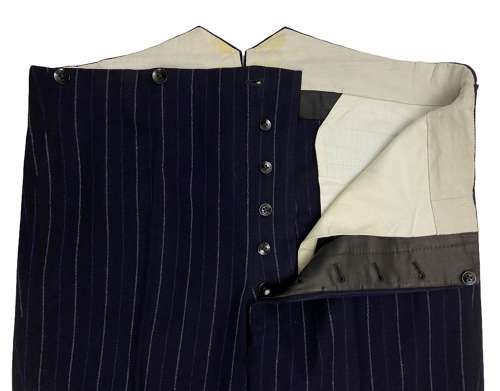 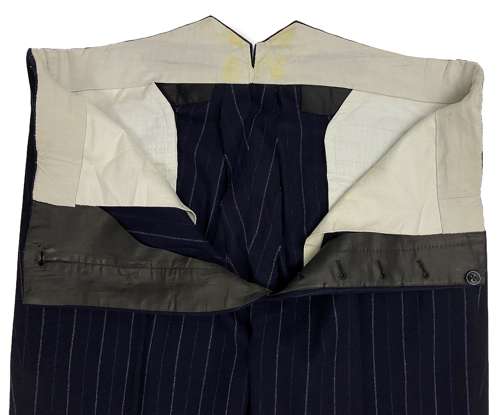 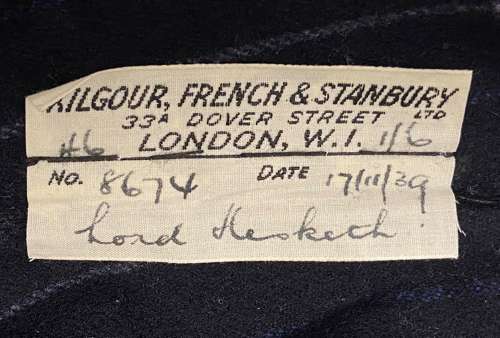 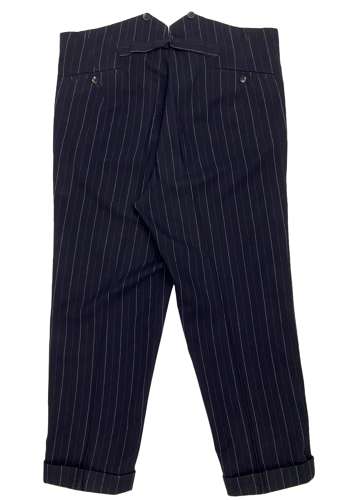 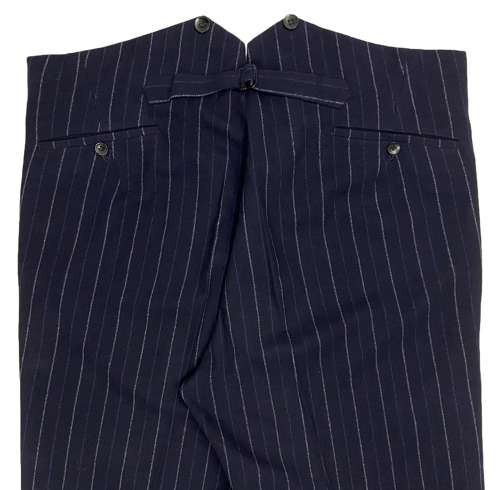 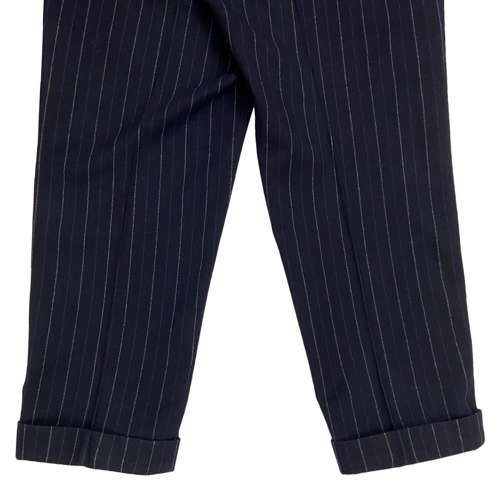 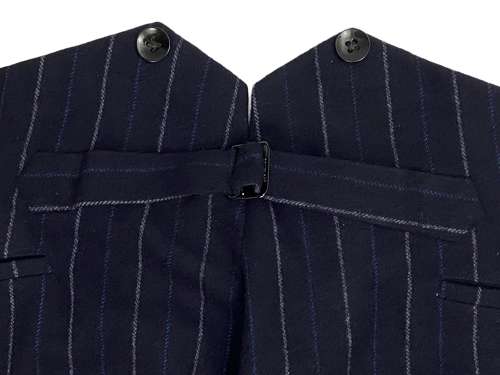 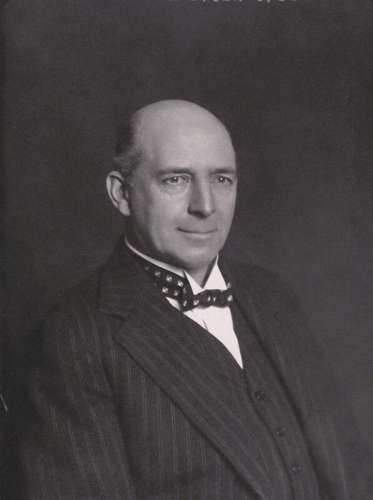 Baron Hesketh was born in 1881 and was educated at Eton, The Royal Military College of Sandhurts and Trinity College, Cambridge. He served as a 2nd Lieutenant with the Royal Horse Guards, as a Captain in the Lancashire Hussars Yeomanry and was an Honorary Major in the Territorial Army. As well as this he also served as a Justice of the Peace for Lancashire and for Northamptonshire. Hesketh sat briefly as a Member of Parliament for Enfield from 1922 to 1923 and was later High Sheriff of Northamptonshire in 1932.

He succeeded his father as eighth Baronet of Rufford in 1924 and in 1935 he was raised to the peerage as Baron Hesketh, of Hesketh in the County Palatine of Lancaster. Befitting a man of this class, Baron Hesketh had all of his suits bespoke made by 'Kilgour French and Stanbury' of Dover Street which is the road which adjoins Savile Row. The quality of the materials used, the cut and the finishing is fantastic and nothing like other suits of the period. The suit exudes quality and class in the way only bespoke made clothing can.

The suit is cut from a mid-weight navy blue wool flannel which features a very light blue and an electric blue pinstripe pattern which is typical of the era. The jacket is a single breasted example with three button front. The original owner clearly liked the 3 - roll - 2 look where the two lowever buttons are worn fastened and the top button hole is rolled back. This is a feature of many of his suits and can be seen in period pictures. Interestingly the suit does not feature a breast pocket or front pleats which were features of wartime utility suits. This suit was made at the very beginning of the war so I think it would have been personal preference rather than wartime economy measures. The jacket is cut short in the body and features no rear vents as was fashionable during this period. The cuffs are semi-functioning as the first two buttons function but the second two do not. As a testament to the quality of the suit, a lot of the pinstriping has been matched across pocket flaps and similar. Picture 6 shows that the striping was even matched on the right sleeve which looks fantastic although the other sleeve is not quite up to the same level.

The interior of the jacket features a partial lining not often encountered on British suits. A hanging loop is located to the neck and there are three inside pockets. One bears the tailors label which has the maker's name of 'Kilgour, French & Stanbury Ltd' as well as the address of 33a Dover Street, London W.1'. The name 'Lord Hesketh' has been added in ink as has the date of 17th of November 1939.

The suit comes with a matching waistcoat which features a fantastic notched lapel. This was again a feature the Lord Hesketh had on many of his suits which can be seen in period pictures. The front of the waistcoat is made from the same blue pinstriped material as used for the jacket and trousers whilst the rear panel is made from black silk. A half belt is made from the same material and fastens with a black metal buckle which is marked 'British'. To the reverse of the belt is another tailor's label with the same details which are described in the previous paragraph.

The trousers are again typical of the period featuring a high rise waist, fish tail rear and wide leg with turn up to the cuff. The fly fastens with buttons and more buttons are fitted around the waist to which braces can be attached. The rear of the trousers features twin pockets as well as a cinch back belt and buckle - a typical early feature. The turn up to the bottom of the leg is particularly fine being stiff - possibly fitted with cardboard or similar. The trousers also feature a tailor's label to the interior which again bears the same details as are found on the other two items.

The overall condition of the suit is excellent. It has clearly been very well looked after throughout its life and is still very fresh and vibrant today. The blue of the wool is still a deep colour and the pinstriping stands out well suggesting that the suit has not been overly laundered. There are no serious signs of wear or use and there is no damage to the wool flannel of the suit that I can find. There are very limited signs of wear which are noticeable under only close inspection around the collar of the jacket and to the hanging loop (picture 12) and to the edge of the waistcoat (picture 16). There are also a couple of yellow marks to the waist lining of the trousers although these are not visible when worn. Overall the suit is in incredibly good condition for its age but any flaws I can find have been included in the description for thoroughness.

The suit has been stored for a number of years and currently has a strong aroma of moth balls. This can be removed with cleaning depending on the next owners wishes.

A truly fantastic suit, the likes of which are rarely offered for sale. Not only is it a good size bespoke suit but it features some striking details and belonged to a Lord. This stands aside from other suits of the period and would be very hard to better!

The last picture is of Lord Hesketh taken in the 1930s or early 1940s showing a very similar suit which features the same key design features and cut.