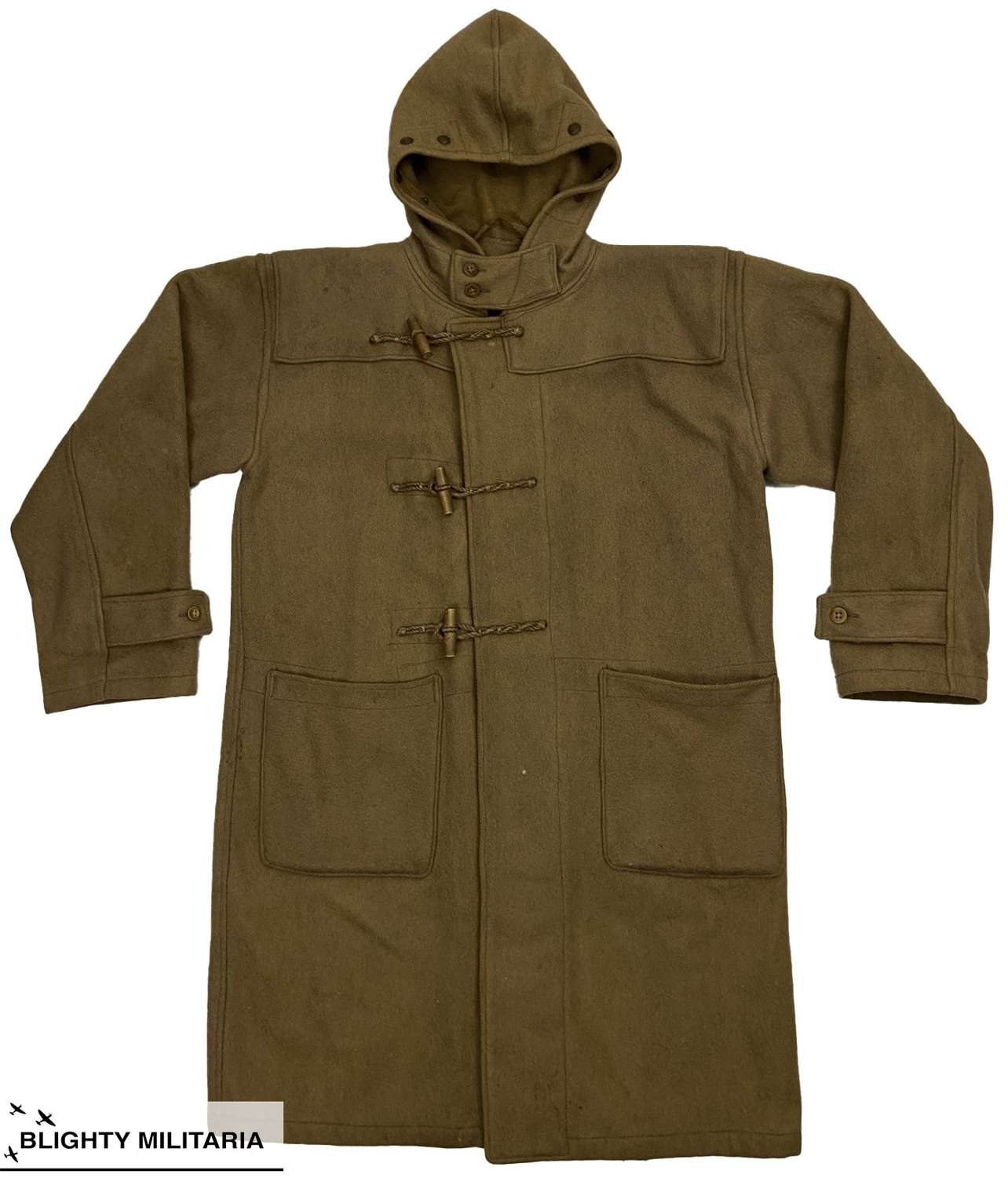 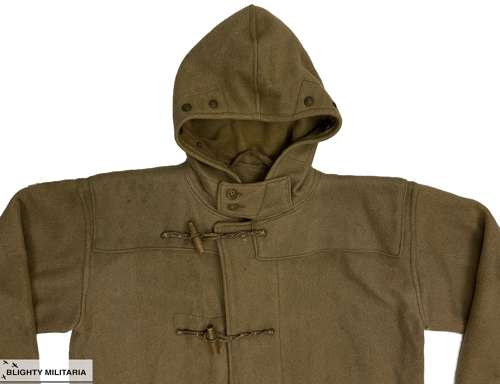 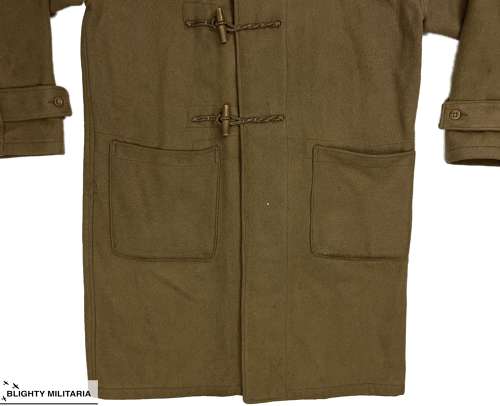 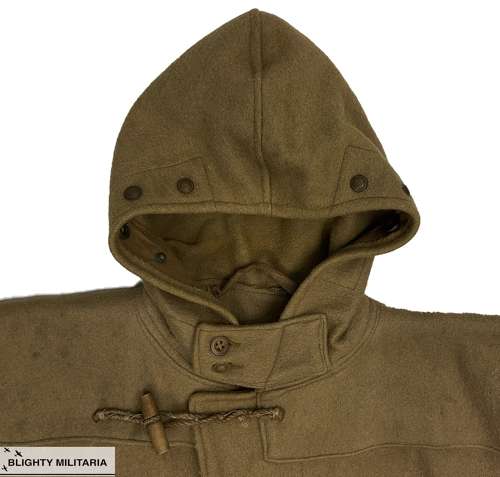 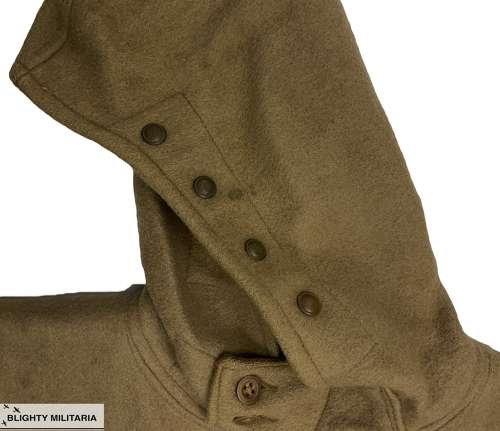 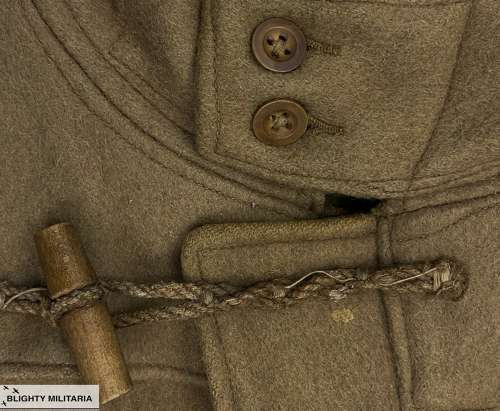 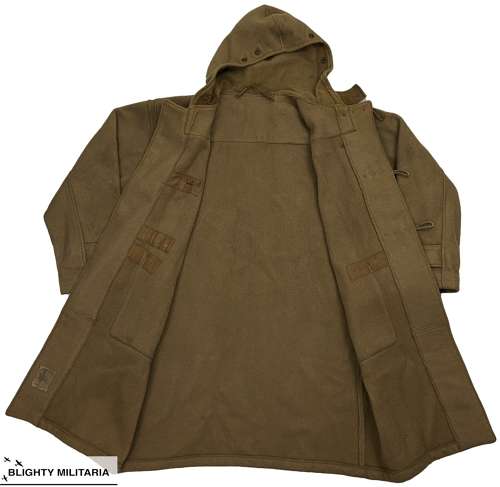 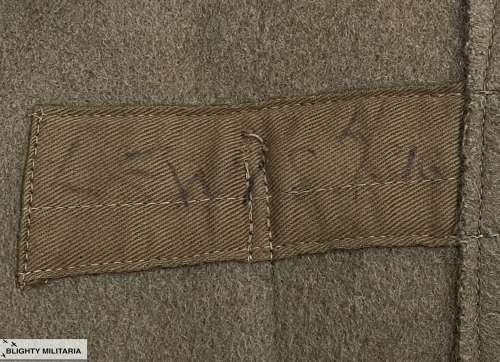 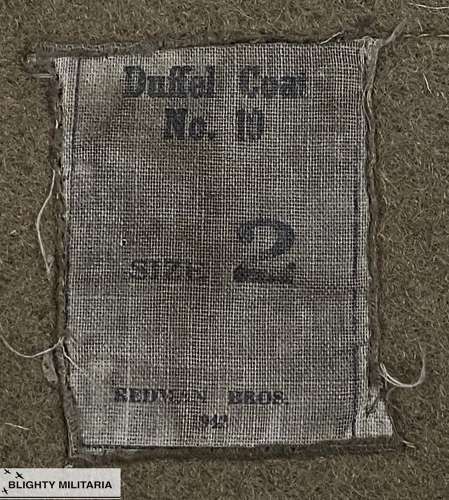 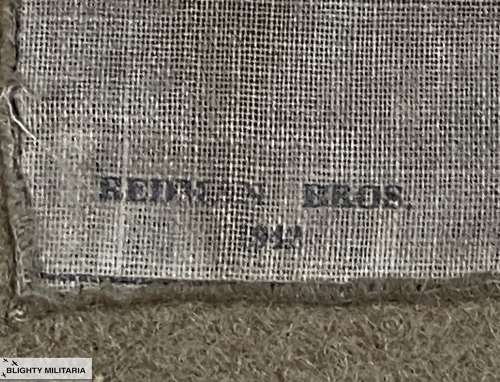 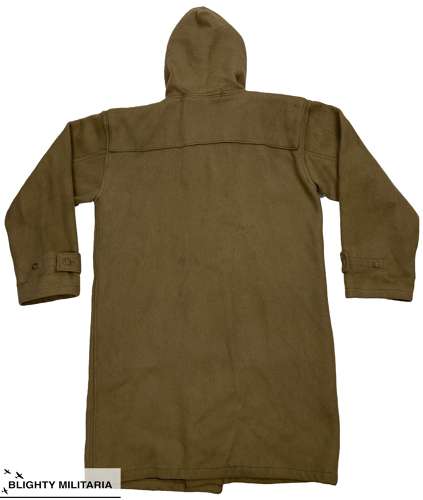 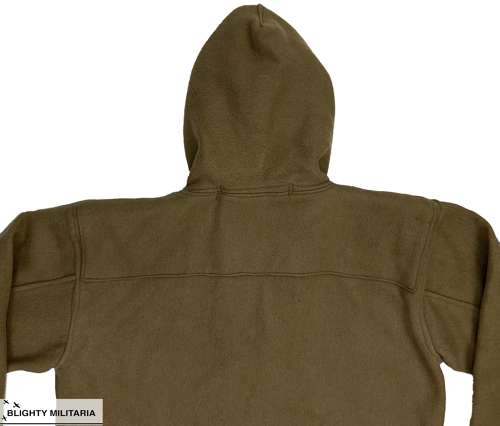 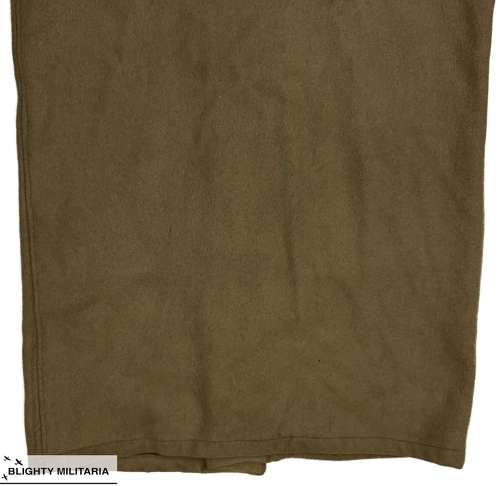 This pattern of coat was introduced during the early pattern of the Second World War and was replaced by the 4 strap version before the end of hostilities, making this a guaranteed wartime example. Another notable detail of these early coats is the brass press studs fitted around the edge of the hood which can be fastened to the lowest (male) press stud to make the hood smaller. There is also a throat latch which fastens with two buttons which was deleted from later patterns.

Inside the coat the original label is still present and legible. It bears the title of 'Duffle Coat No. 10 and the size of 2. The maker's name of 'Redman Bros' is also present, as is the1942 date.

The is in good condition with signs of wear and age. It displays well and is totally wearable but does have some staining etc. Please study the pictures before purchasing and bear in mind that this is a vintage, pre-worn coat which may have small flaws commensurate with age.

A good example of this hard to find early pattern of coat, complete with a clear wartime date. Own the original!