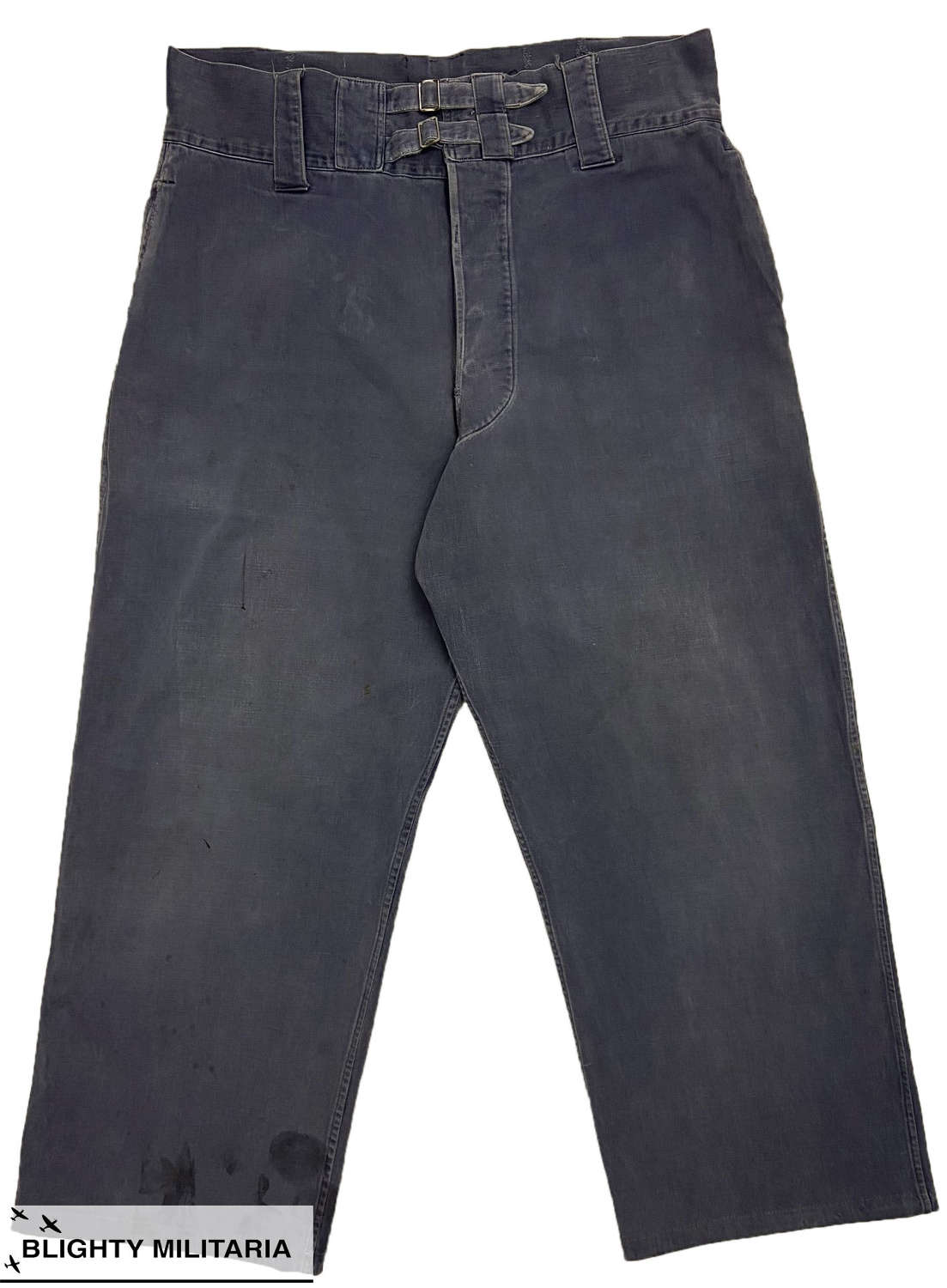 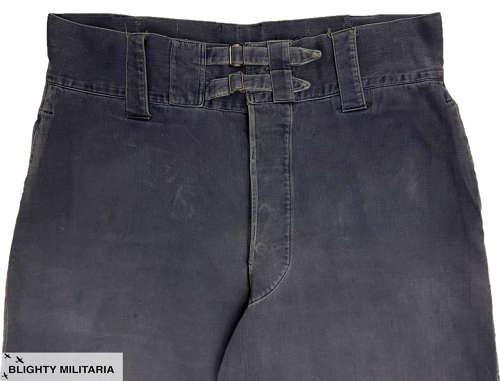 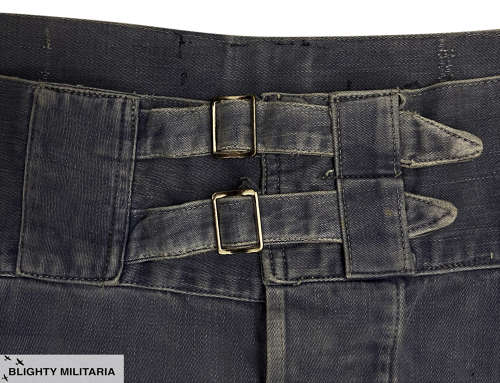 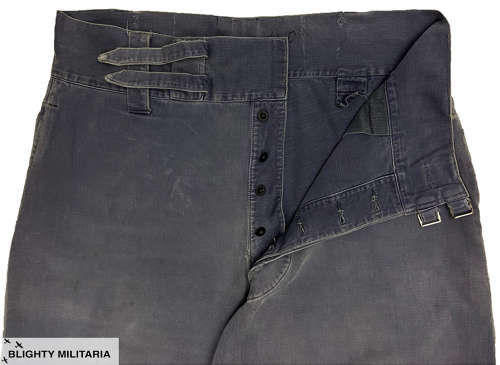 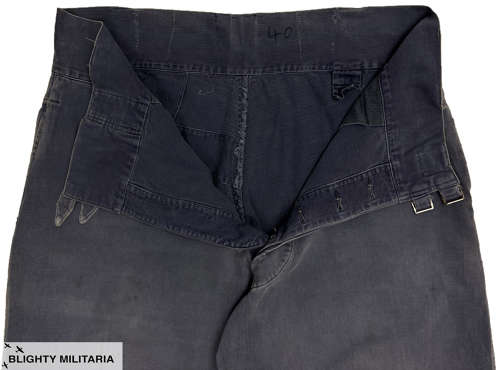 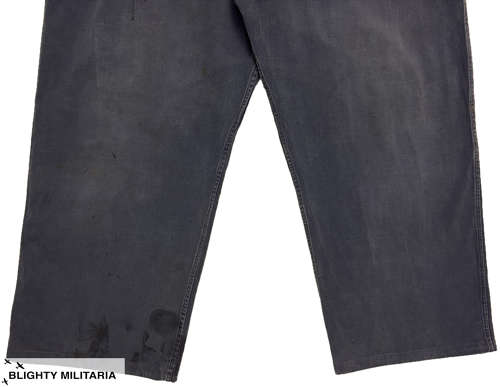 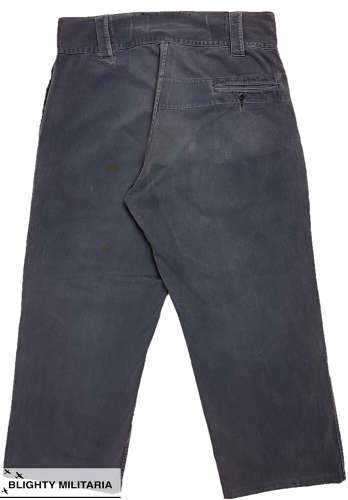 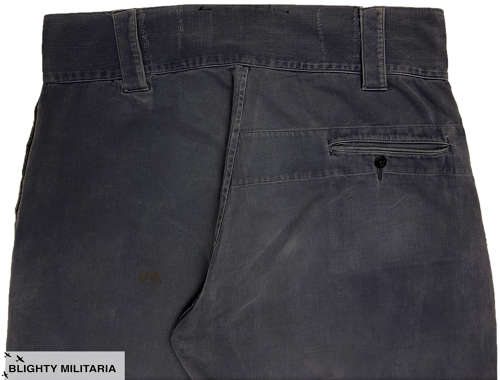 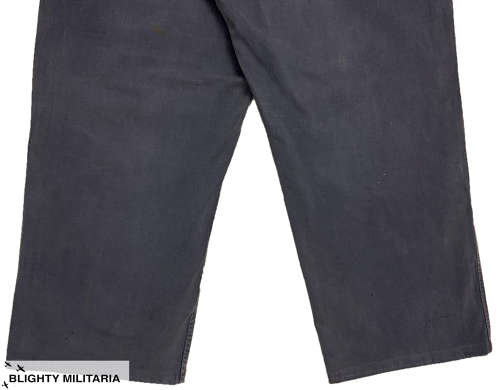 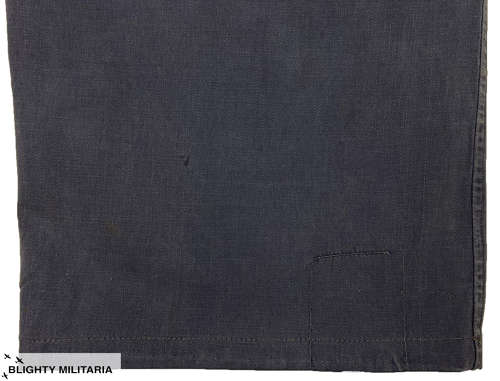 A rare pair of original Royal Navy Action Working Dress Trousers dating from the 1940s to the 1950s.

This pattern of trousers was introduced in 1945 and saw limited issue at the end of the Second World War. The trousers were worn with a shirt made from a light blue cotton and was clearly based on the US Navy chambray shirt and dungarees. This dress became the standard working dress in the post-war period and was often referred to as No.8 Dress.

The trousers are made from an indigo blue coloured cotton twill and feature double belt and buckles to fasten the waist. This style was first seen on the 1941 pattern Khaki Drill shorts and trousers and is a classic piece of 1940s uniform design. The fly fastens with buttons and slash pockets are located to the hips. A single pocket can be found at the rear and large belt loops are fitted around the waist through which the Class II waist belt was often worn.

There is evidence of where the original label was fitted to the bottom of the right leg as shown in picture 10.

The trousers are a larger size which will suit someone of around a 36" - 38" waist depending on desired fit. When laid flat they measure -

The trousers are in used condition with plenty of signs of use and age. There is some staining etc but overall they look to be very wearable. Please take time to study the pictures befoe purchasing and bear in mind that they are a pre-owned pair of work trousers which may have small issues commensurate with age.

A rare piece of British workwear!