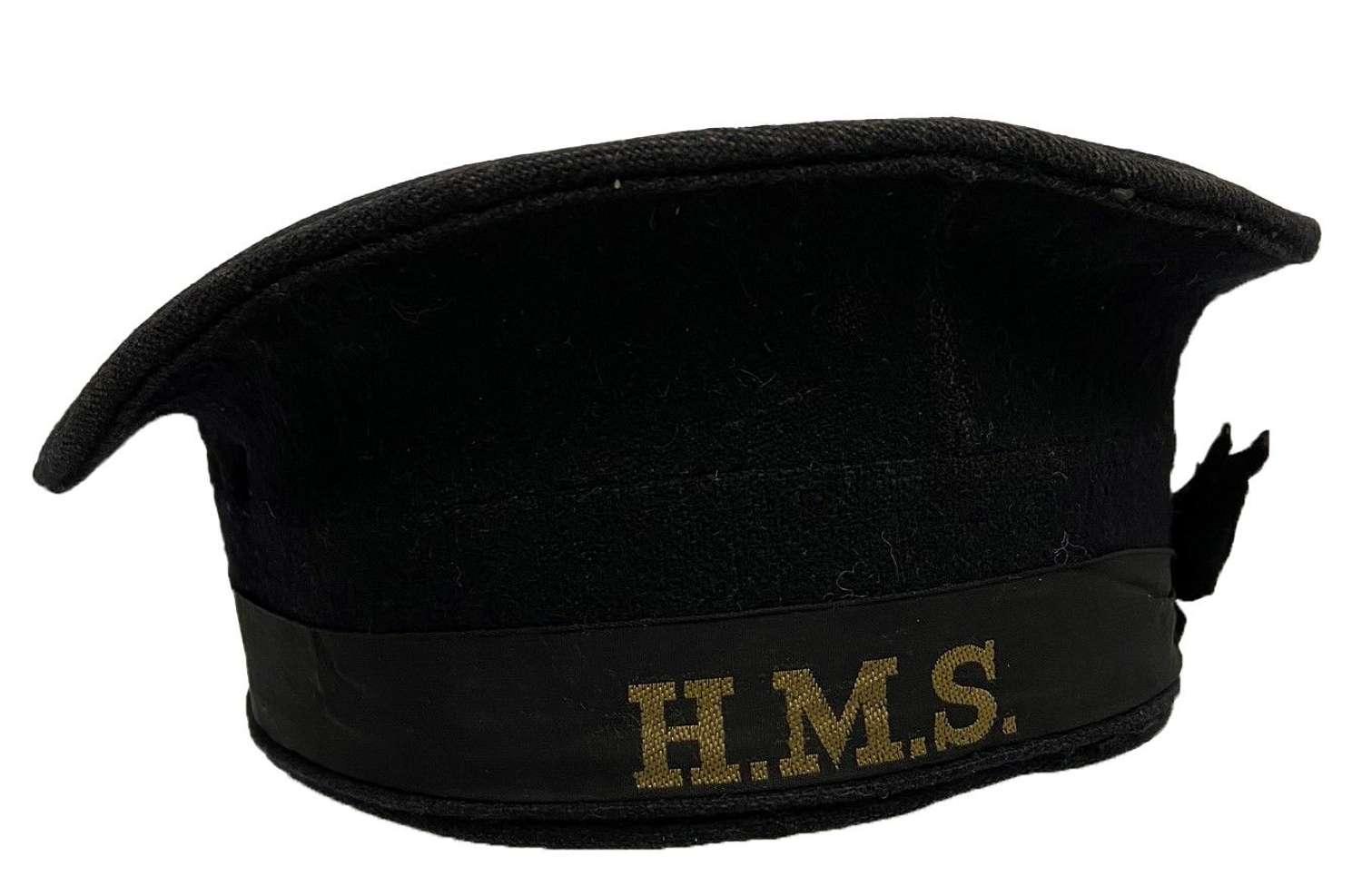 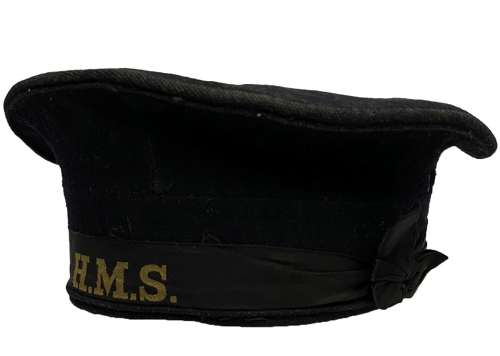 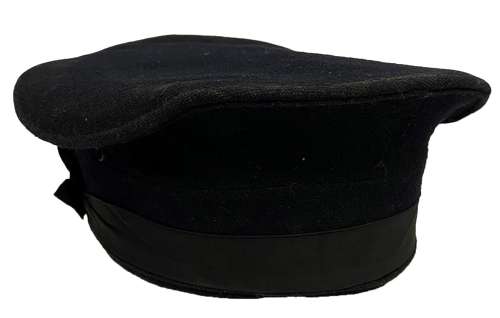 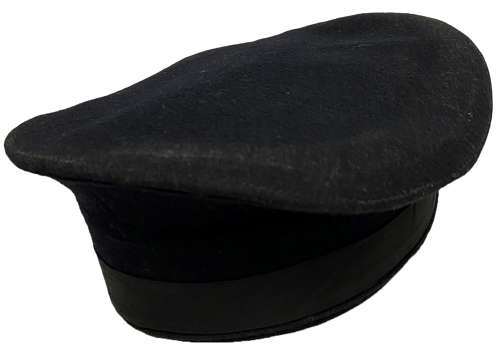 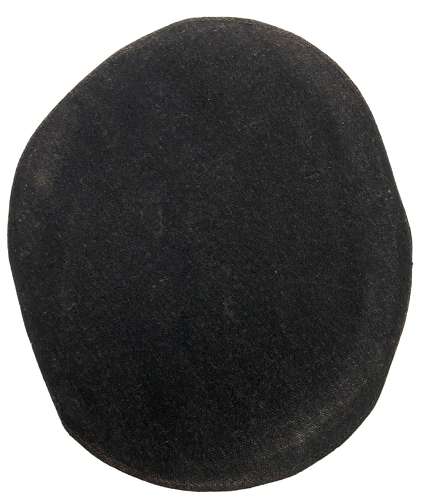 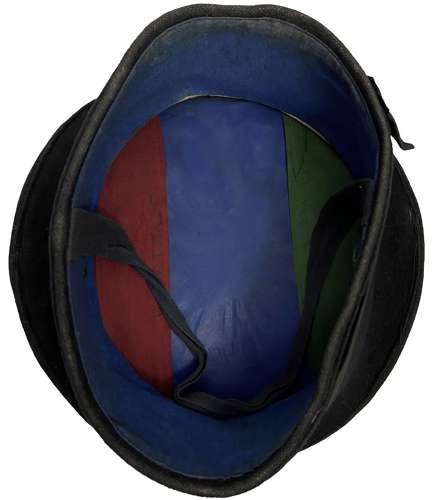 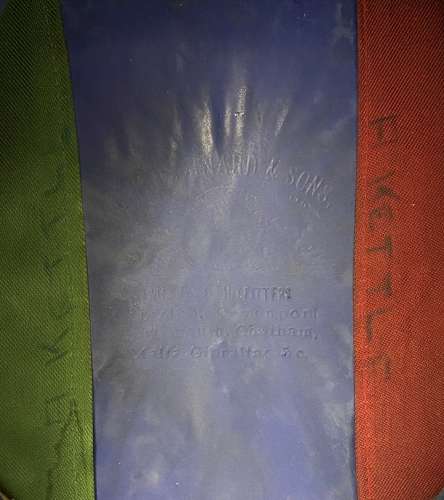 This pattern of cap was introduced in 1932 for wear in the winter months and any other times that the white duck cap was not to be worn. This pattern was replaced in September 1945 by the oval shape cap meaning this is almost certainly a wartime example. The cap has been shaped as was popular giving it a more oval shape when viewed from above but is the actually the wartime oval shape when pushed back into its original position.

This example is a commercial bought, or 'Tradesman's' pattern of cap. The colourful red/blue/green liner (denoting port and starboard sides) is typical of these private purchase caps and markedly different to the drab interiors of issue caps.

The hat is made from a navy blue coloured serge wool and features a stiff construction. The interior is lined and a pair of brass grommets are fitted to each side of the cap. The original maker's marking is present and the original owner has marked his name 'A Kettle' to the lining.

The cap is fitted with an original HMS cap tally (properly called 'gold wire ribbons') as were worn during the war in place of fully tallys with ship names. This was done for security reasons although fully tallys were still worn at times.

The cap is in good condition as can be seen in the pictures. There are some signs of age, wear and use but overall it displays well.

A nice original WW2 Royal Navy Able Seaman's cap which would make a good addition to any collection.