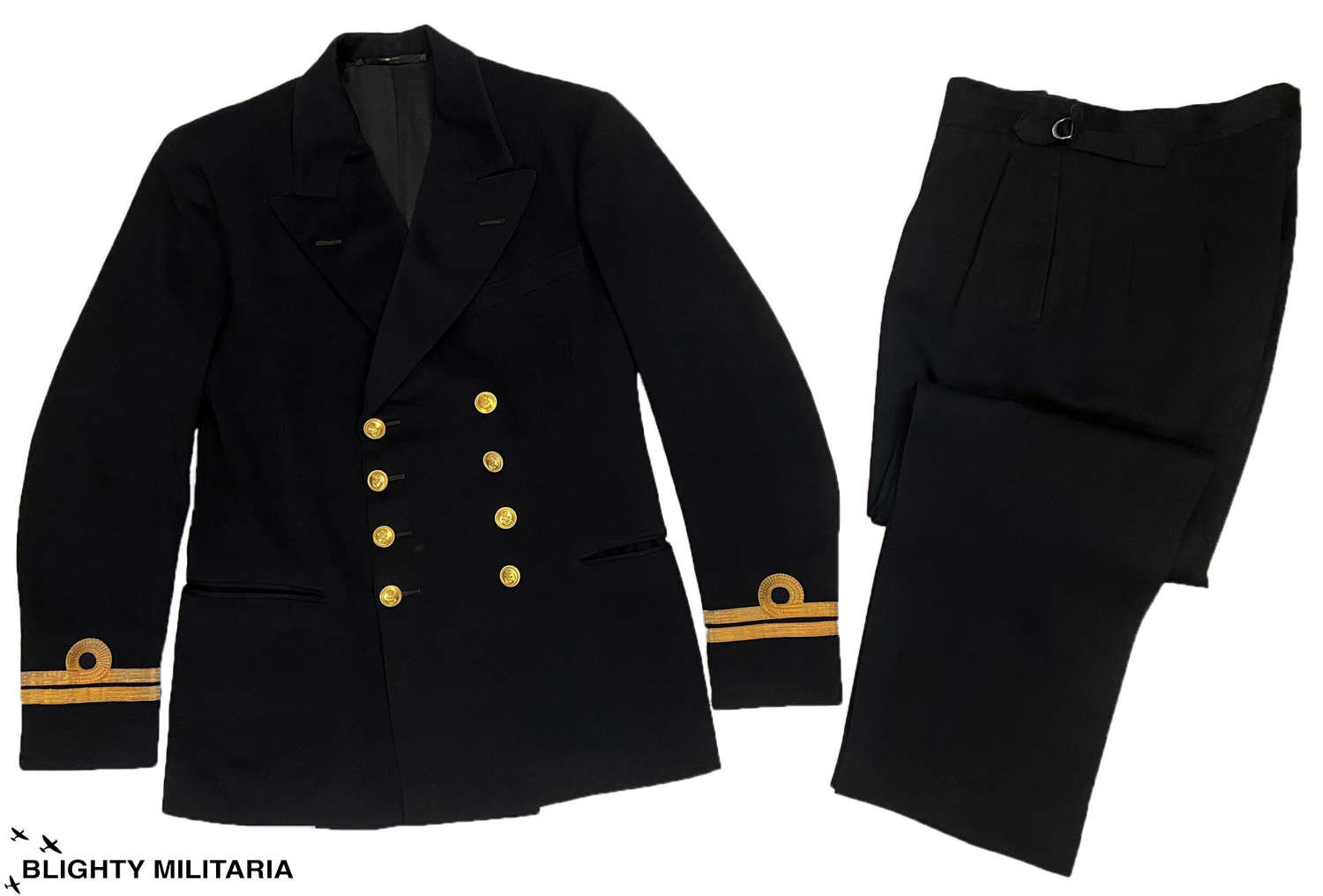 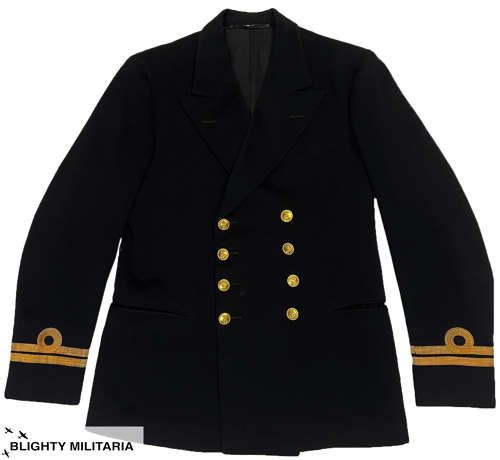 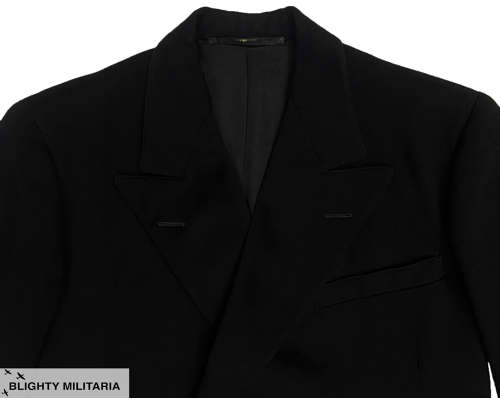 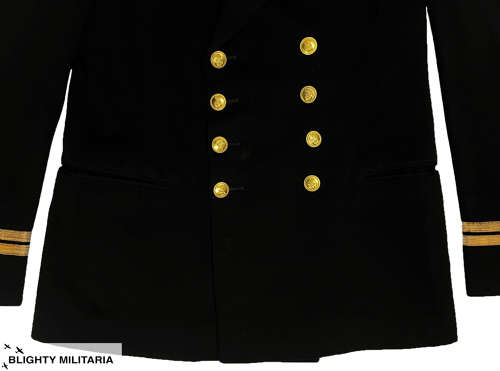 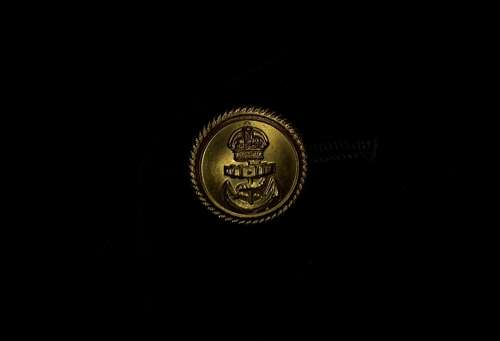 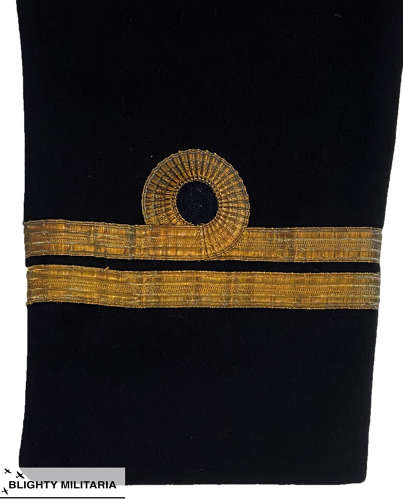 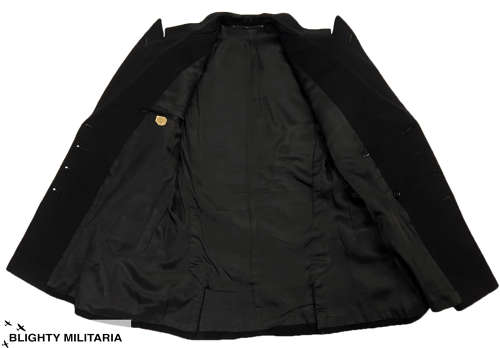 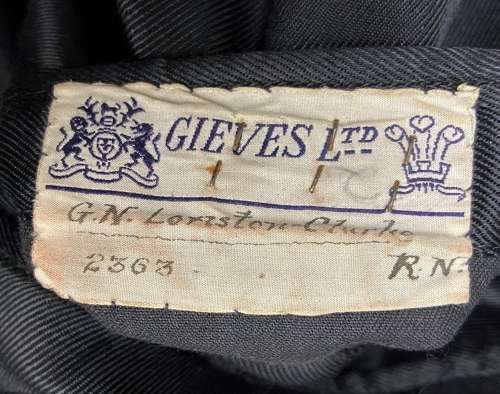 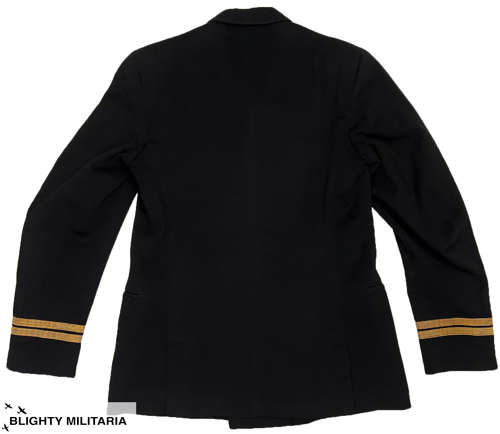 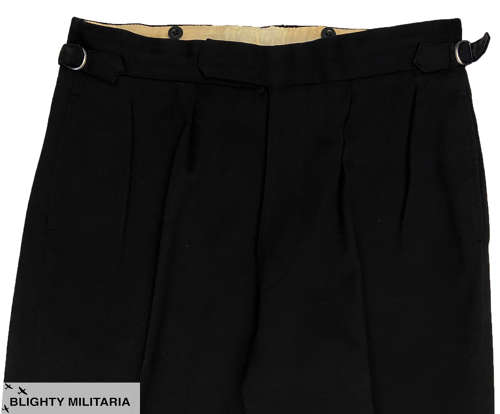 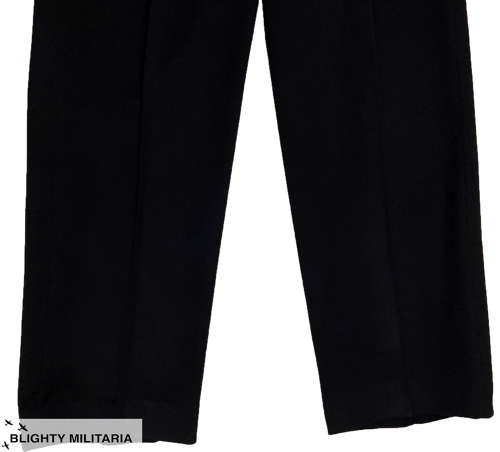 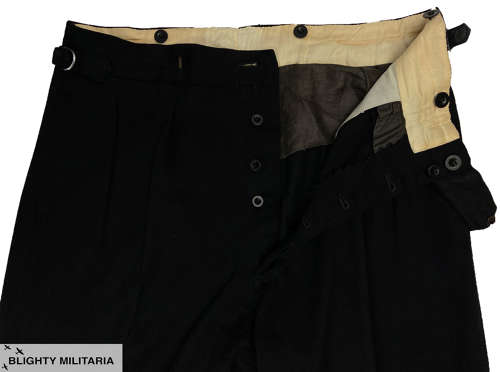 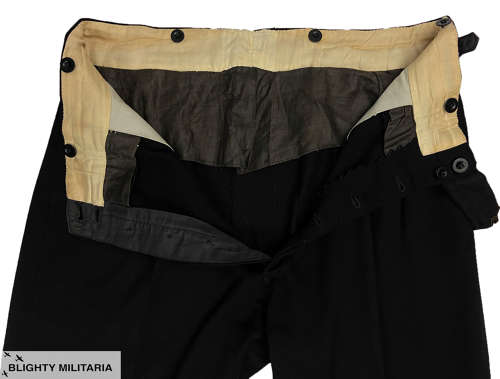 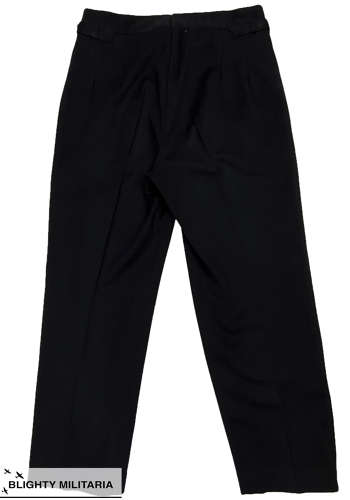 The suit itself quite possibly dates from the pre-war period. The construction inside the trousers is typical of 1920s and 1930s clothing. The sleeves also feature a full rank to the cuff, rather than the half rank which was introduced as an austerity measure in 1941.

This set consists of an officers No.5 Undress Coat (often referred to as 'Reefer' or 'Monkey' coat) and matching trousers, both made from black melton wool. The coat features two rows of four buttons, a notched lapel and turn down collar as well as two welt pockets to the lower portion and another to the breast. The cuff features gold bullion denoting the rank of a Lieutenant serving with the Royal Navy and all the buttons are brass kings crown examples.

The interior of the jacket is fully lined with rayon and features an interior pocket. The tailor's label is still present inside the pocket and states the maker's name as 'Gieves Ltd' and bears the owner's name in ink which reads G N Loriston-Clarke.

The suit will fit a 38" - 39" chest well depending on desired fit. When laid flat it measures -

Both the jacket and trousers are in good condition with the usual signs of service wear and age. There are no serious flaws and overall the set displays very well. The trousers have been let out in the waist and there is some evidence of where this has been done, although it is only noticeable under close inspection.