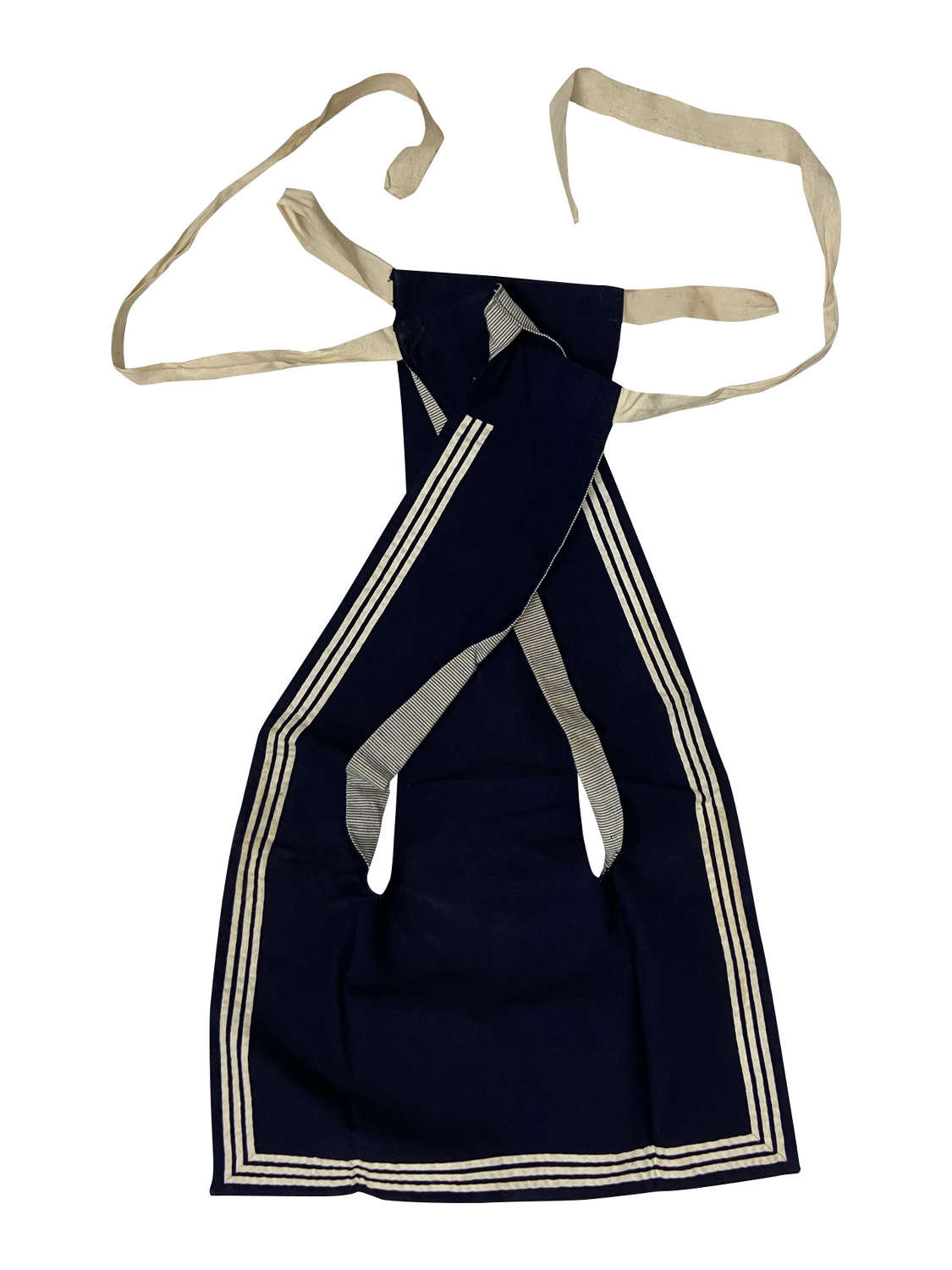 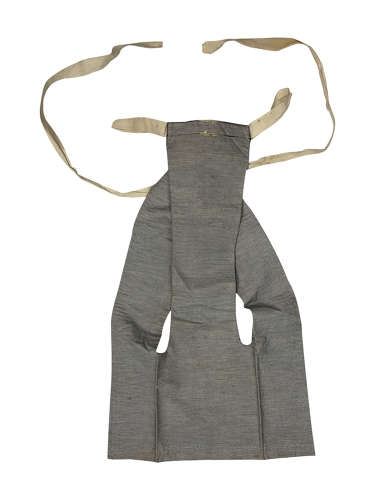 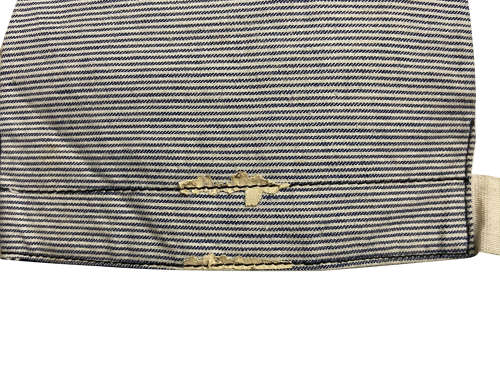 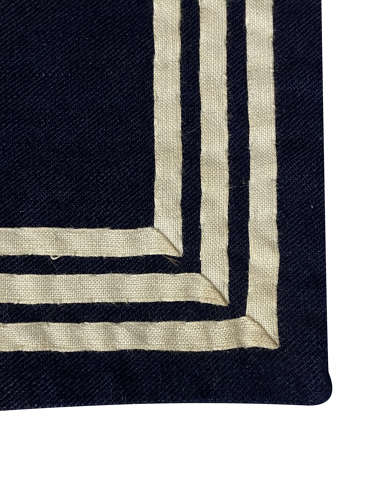 This style of collar came into use with the Royal Navy during the 19th Century and remained in use through much of the 20th. This example came with a number of uniform items all dating from the 1930s and 1940s so almost certainly dates from the same period. It is made from blue jean and features three white cotton stipes which are hand stitched as was standard before 1941 and the introduction of machine stitched examples. The reverse of the collar is made from blue and white cotton ticking.

There are some signs of age and wear but overall the collar displays well.