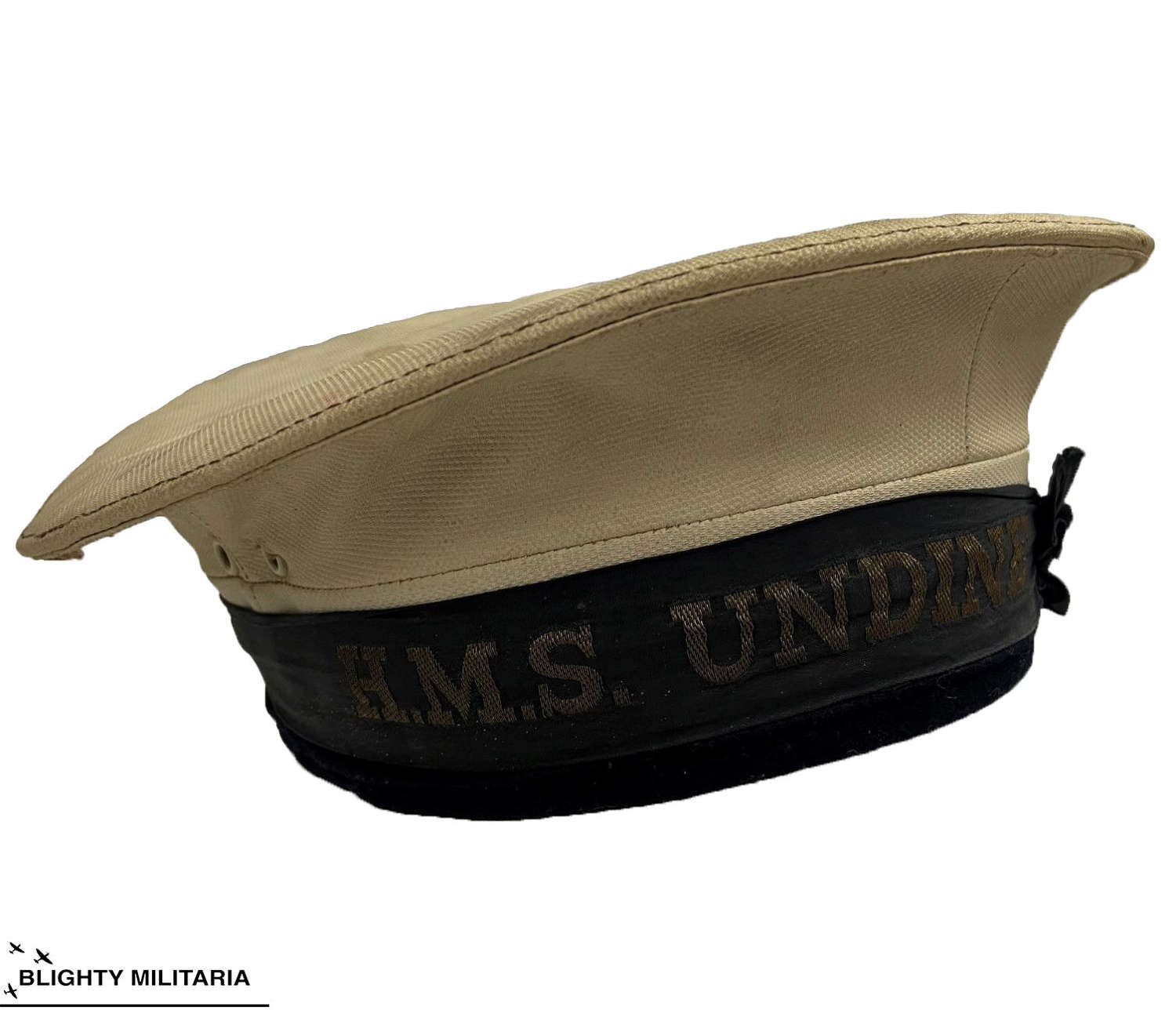 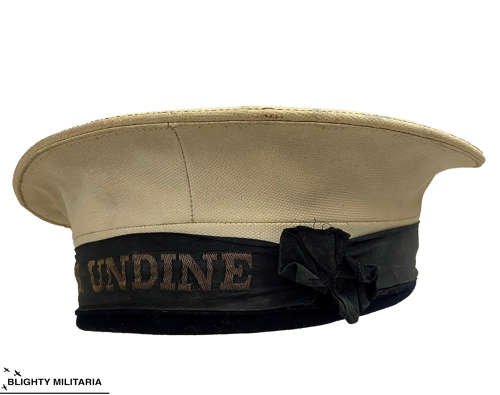 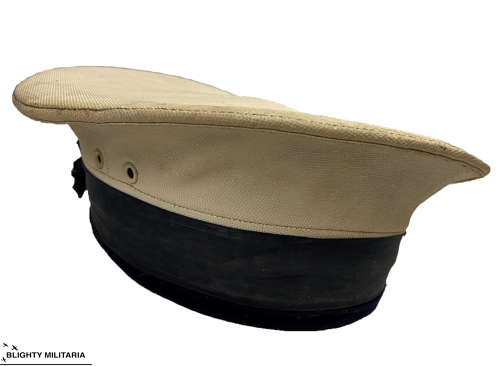 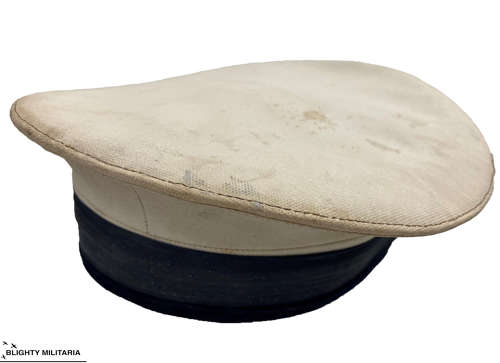 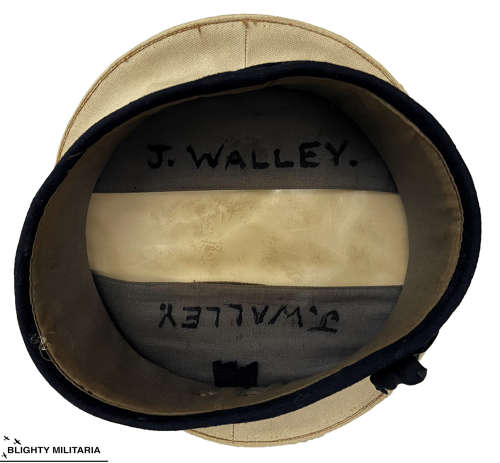 This pattern of cap was introduced into service in 1931 and was standard issue until September 1945 when it was replaced with the new oval shaped pattern. It is often referred to as the 'summer' cap as it was to be worn between the 1st of May and the 30th of September in home ports.

The cap is a regulation issue example rather than a commercial 'tradesman's' pattern. It features the standard lining found in this pattern and the original owner has marked his name which reads 'J. Walley'. The cap is fitted with an original cap ribbon, or 'Tally' as they are often referred to which reads 'HMS UNDINE'. This may refer to the U-Class submarine which was active between 1937 and 1940 or possibly more likely the U-Class destroyer launched in 1943 which saw service on D-Day at Gold Beach as well as in the Pacific theatre where it took part in the American invasion of Okinawa.

The cap is in good condition overall with signs of wear and age. It displays well and is roughly a size 7. Please take time to study the pictures before purchasing.