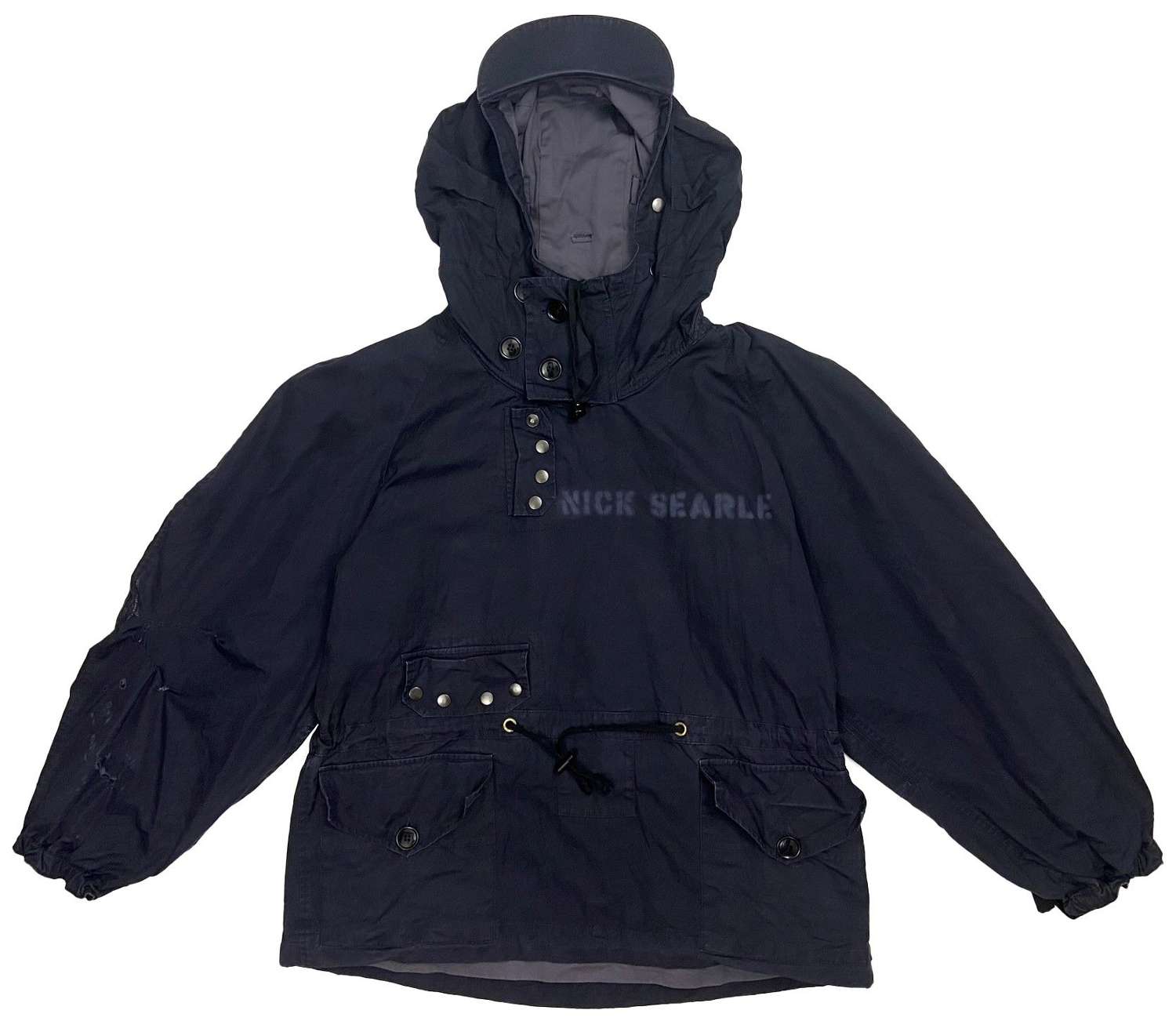 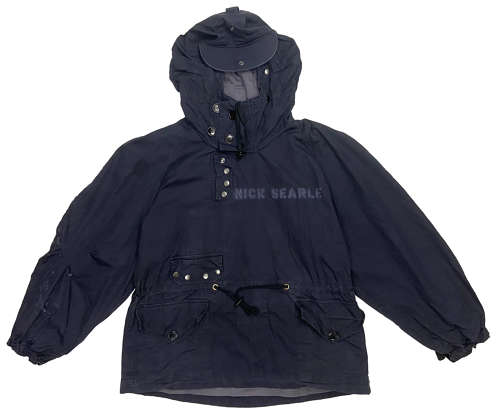 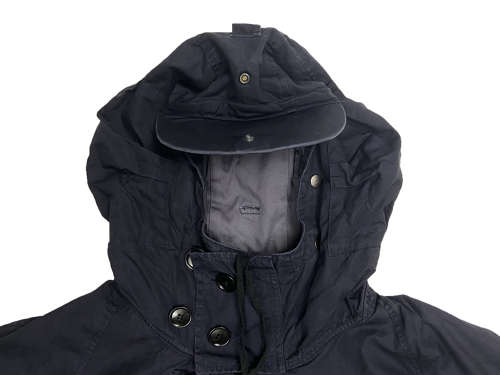 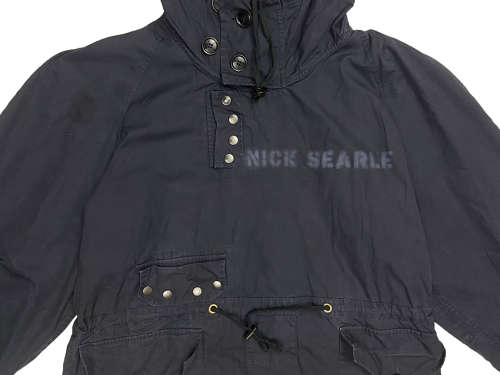 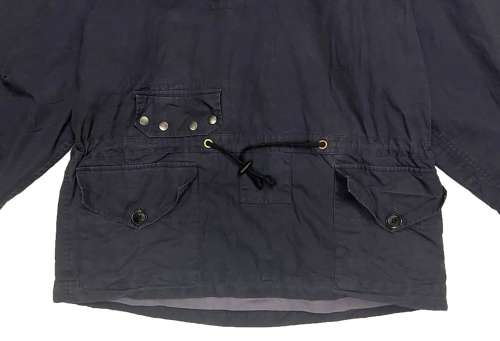 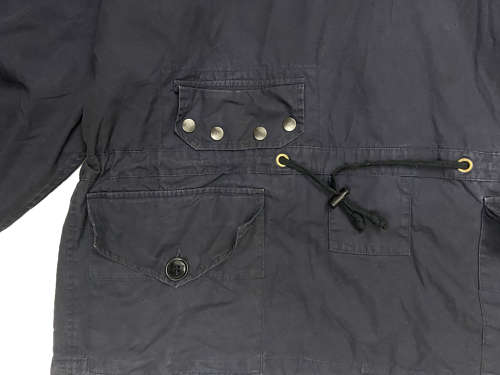 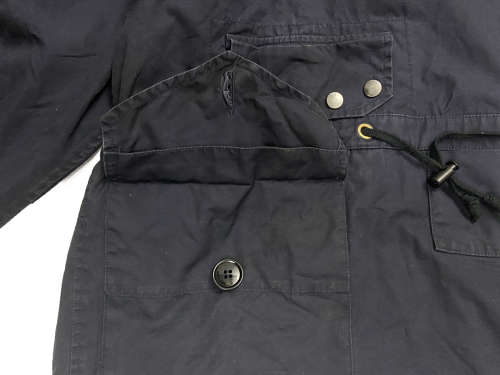 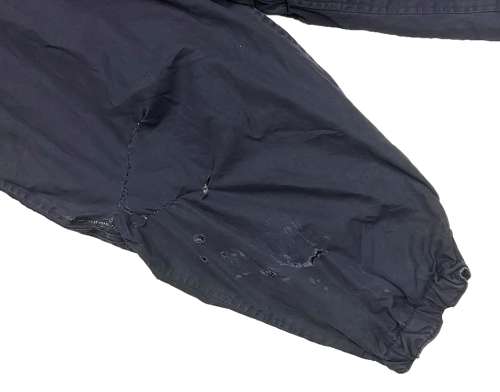 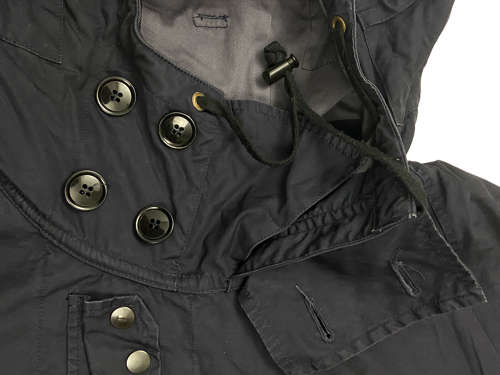 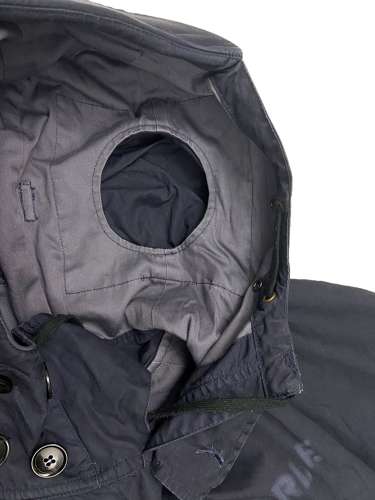 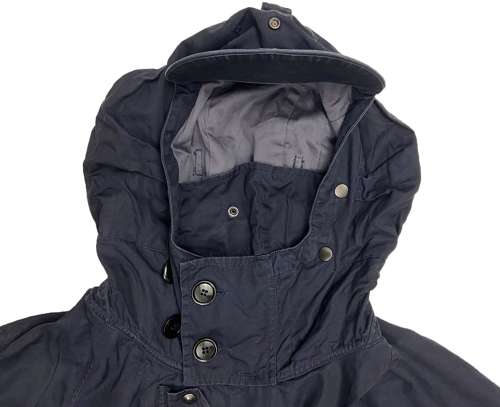 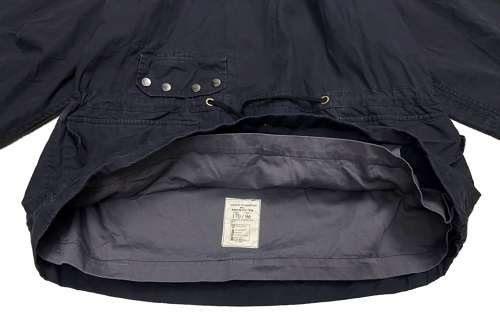 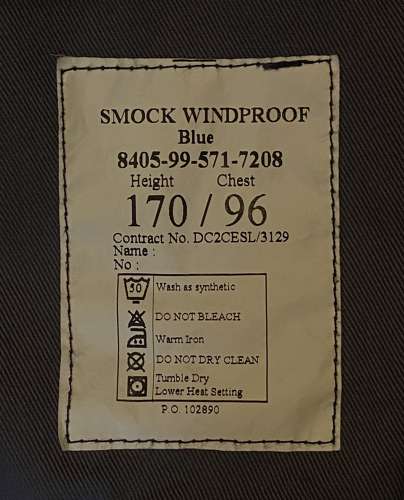 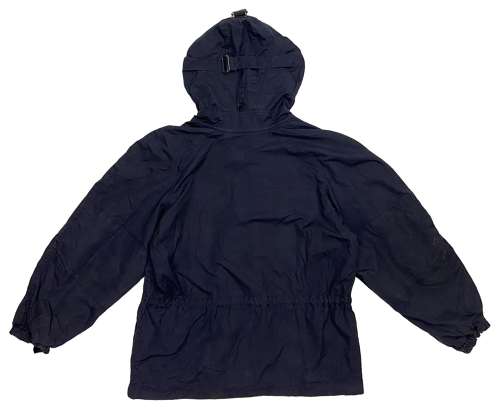 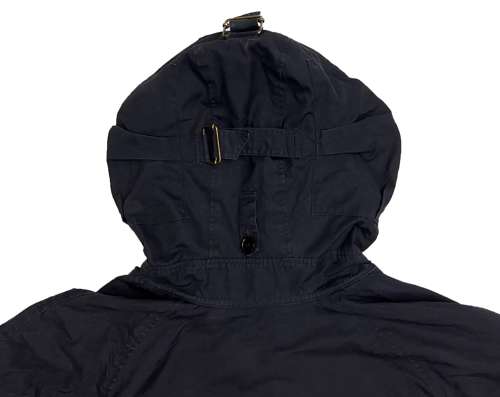 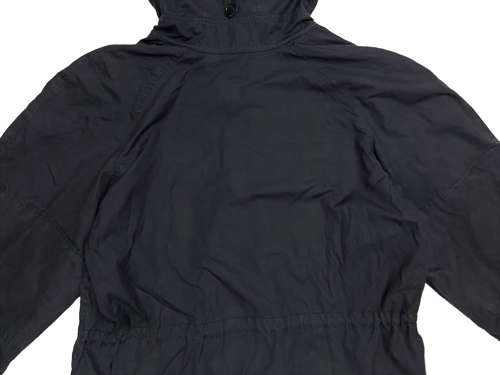 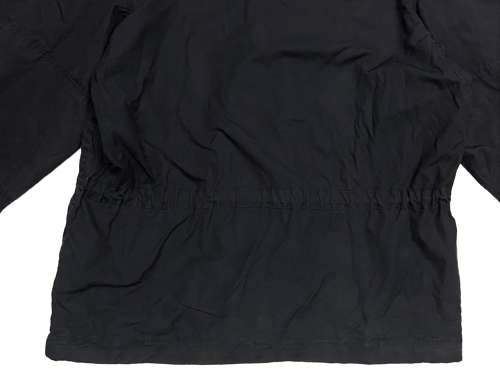 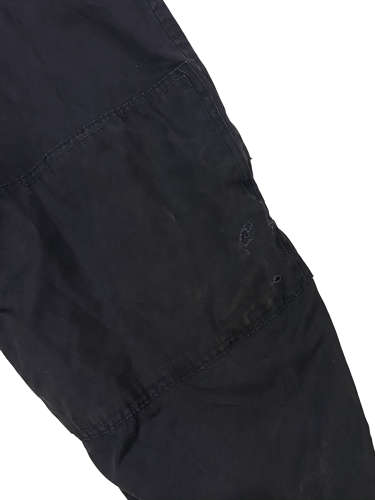 This pattern of smock was first introduced in the 1960s for members of the Royal Navy serving on the decks of Aircraft carriers and similar. Made from ventile cotton which is well known for its waterproof qualities, this smock features a plethora of details. The hood features straps to help tighten it to the wearer's head and also has an area to the interior to accommodate headphones (Picture 10). A fold down peak is held in the up position with a pop stud and there is a fold out mouth cover as detailed in picture 11. Two tabs are located to the chest and are held in place with pop studs. These are designed to hold any communications cables for headsets of microphones to the wearer's body and to stop them snagging on anything. Patch pockets are located to the lower portion of the jacket and feature the long, turnover tops underneath the pocket flap as seen on the RAF Ventile Smock and Parka. The waist can be fastened in by using the cotton cord which passes through brass eyelets at the waist of the jacket.

Inside the jacket the original label is still present and is bright and legible. It bears the title of 'Smock Windproof Blue and the size is stated as 170/96 meaning the smock is designed to fit a 38-40" chest. The contract number is also present as are details pertaining to care and washing.

The smock is in good condition as can be seen in the pictures. It has been worn and laundered but overall it displays very well and is still very wearable. There are a couple of repairs to the right hand sleeve and a couple of holes as detailed in pictures 8 and 18.

A good example of this pattern of smock which is now becoming very sought after.