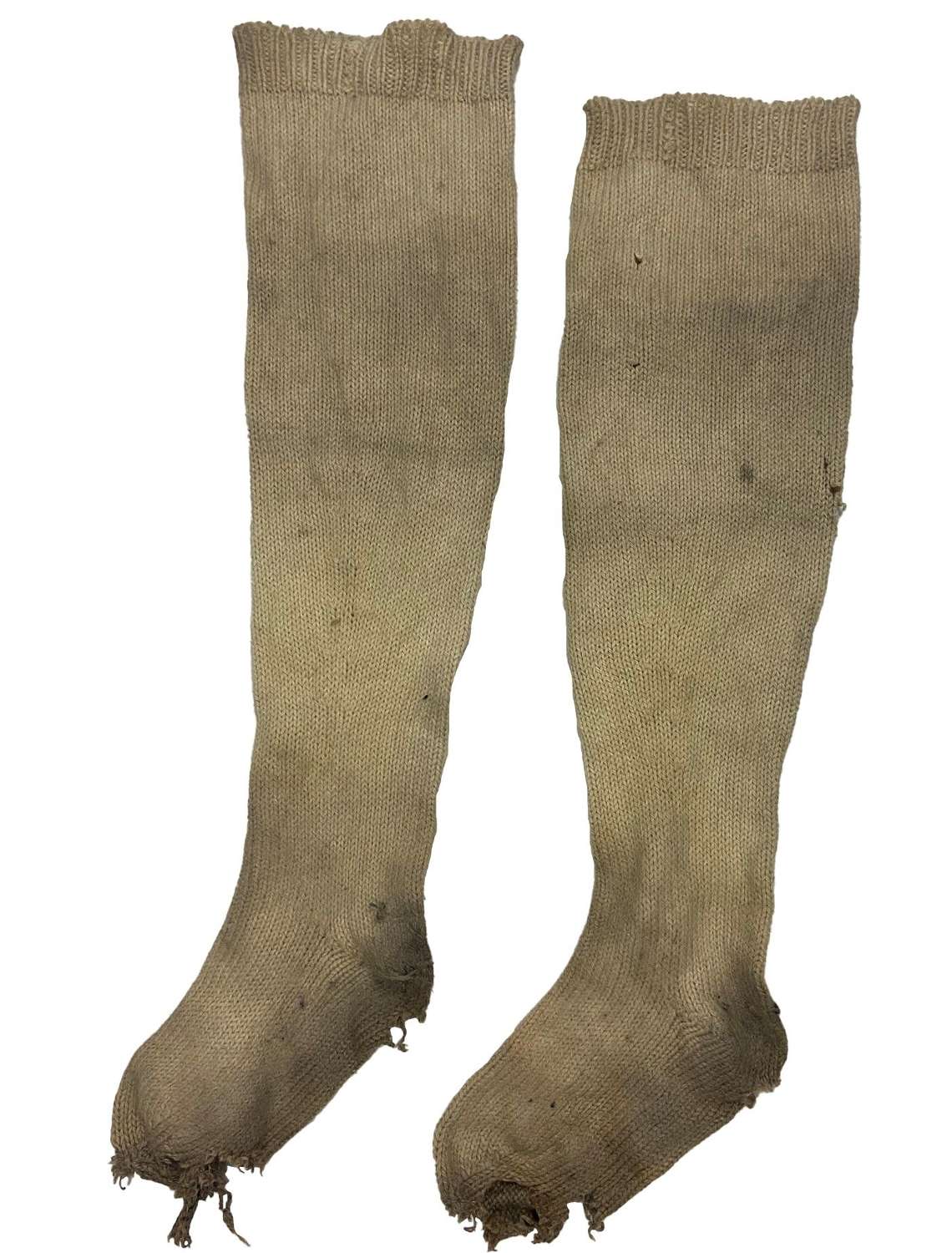 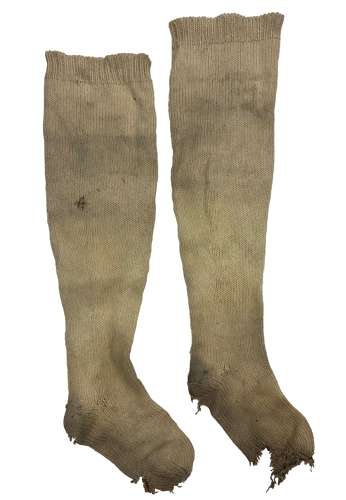 An original pair of British Royal Navy Sea boot socks which belonged to A. Kettle who served with the Royal Navy in the 1940s and 1950s.

These are the standard style of sea boot socks used for many years by the Royal Navy. They are made from a heavyweight wool and are long in the leg. They were also used by civilians for working and motorcycling.

These particular examples are in very worn condition with large holes. Please study the pictures provided.

Whilst in poor condition these are original Royal Naval examples which could make a good addition to a display or similar.