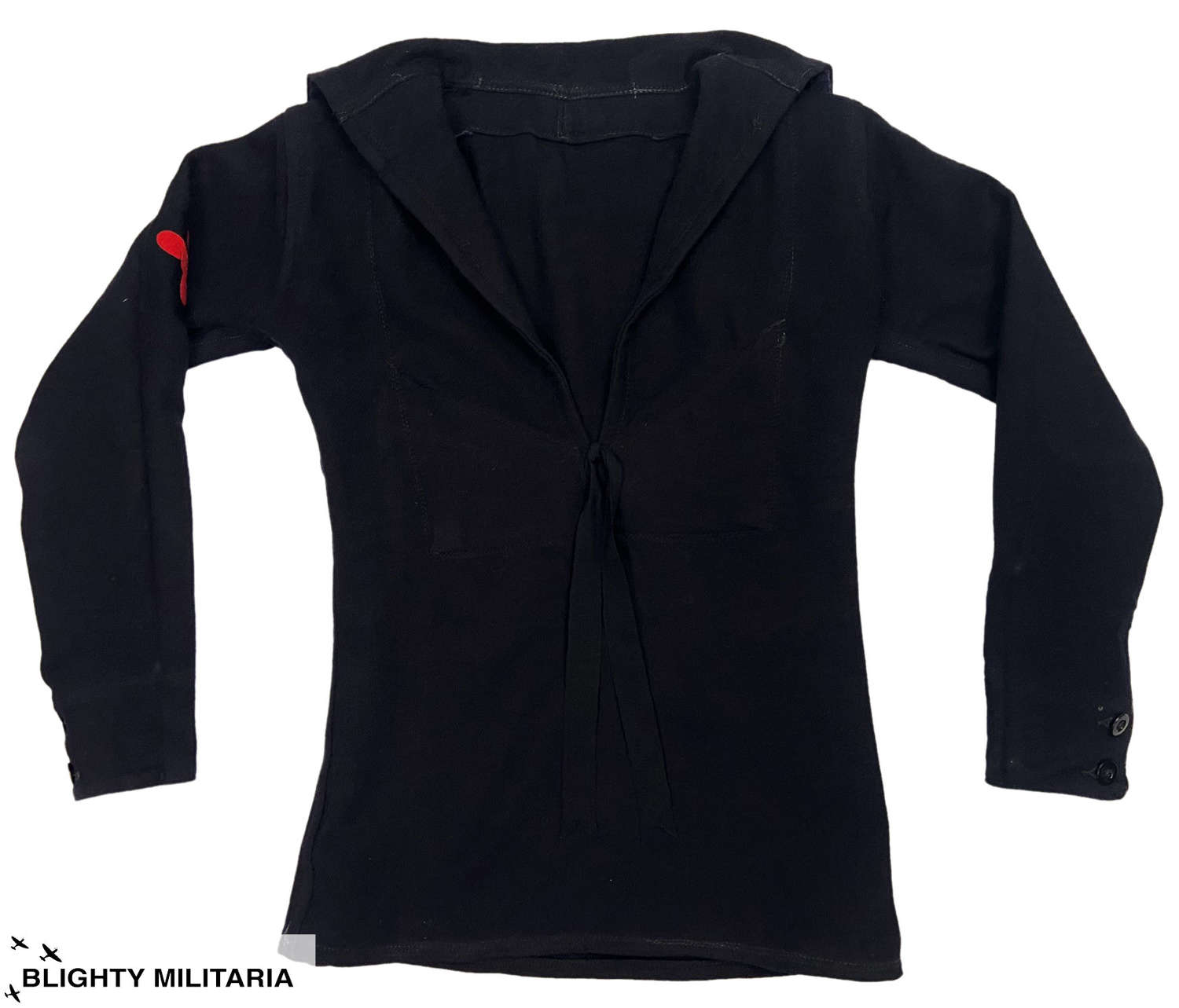 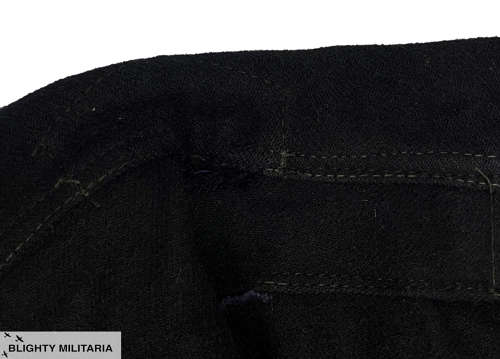 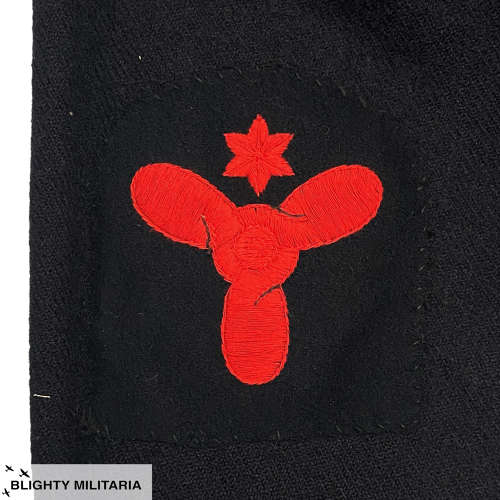 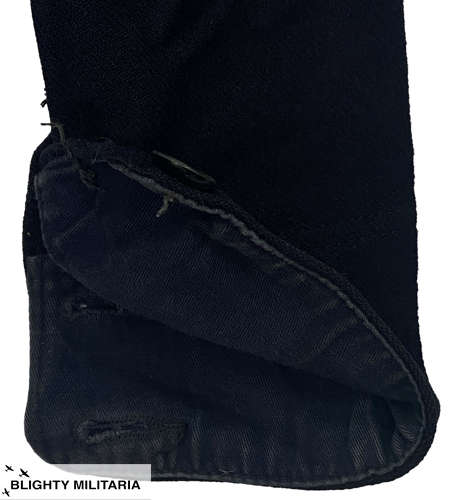 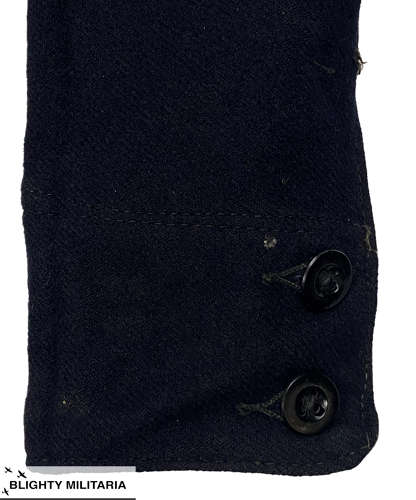 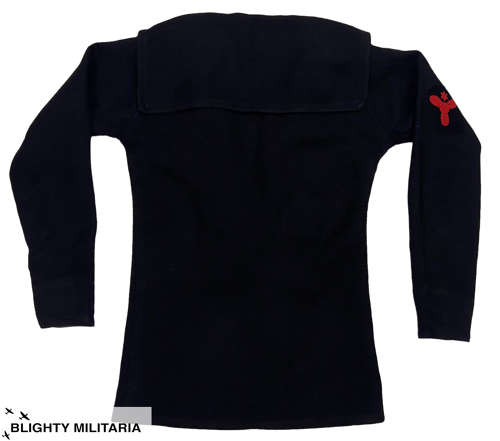 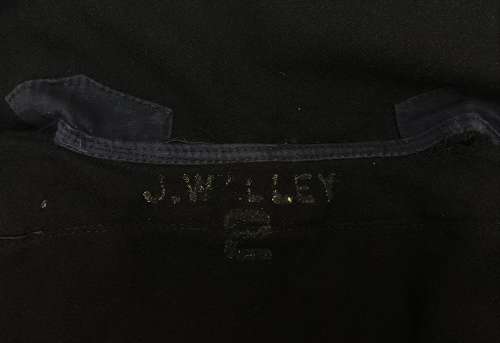 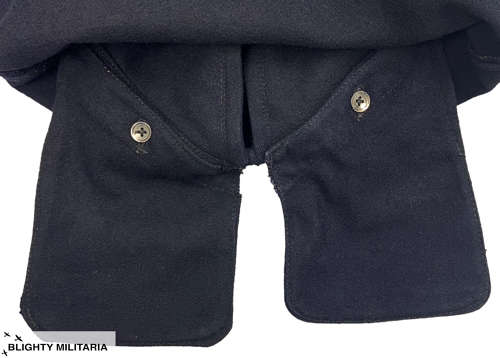 This pattern of jumper was introduced in 1932 and saw service through to the 1950s. This example features twin interior pockets which fasten with metal buttons as introduced in 1942 and a single piece collar which has reinforcing V sections of material to the underside which were introduced in 1943 and date the jumper to being made after this period.

The body of the jumper is made from the standard serge wool used during this period. The cuff fastens with two buttons and the interior of the cuff is lined with a navy blue coloured cotton drill. To the right sleeve is a stoker first class trade badge in red on black.

Under the rear flap the original owner has marked his name which reads 'J. Walley'. Below this is the number 2 which means it is part of his 2nd set of uniform.

These jumpers are designed to fit closely to the wearer's body. This example would most likely suit a 36" chest and when laid flat measures -

The overall condition of the top is good although it does have signs of wear and age. There is a hole around the neck where the collar is attached as shown in picture number 2 which is approximately 1 1/2". There are also some small marks, all of which is reflected in the price.