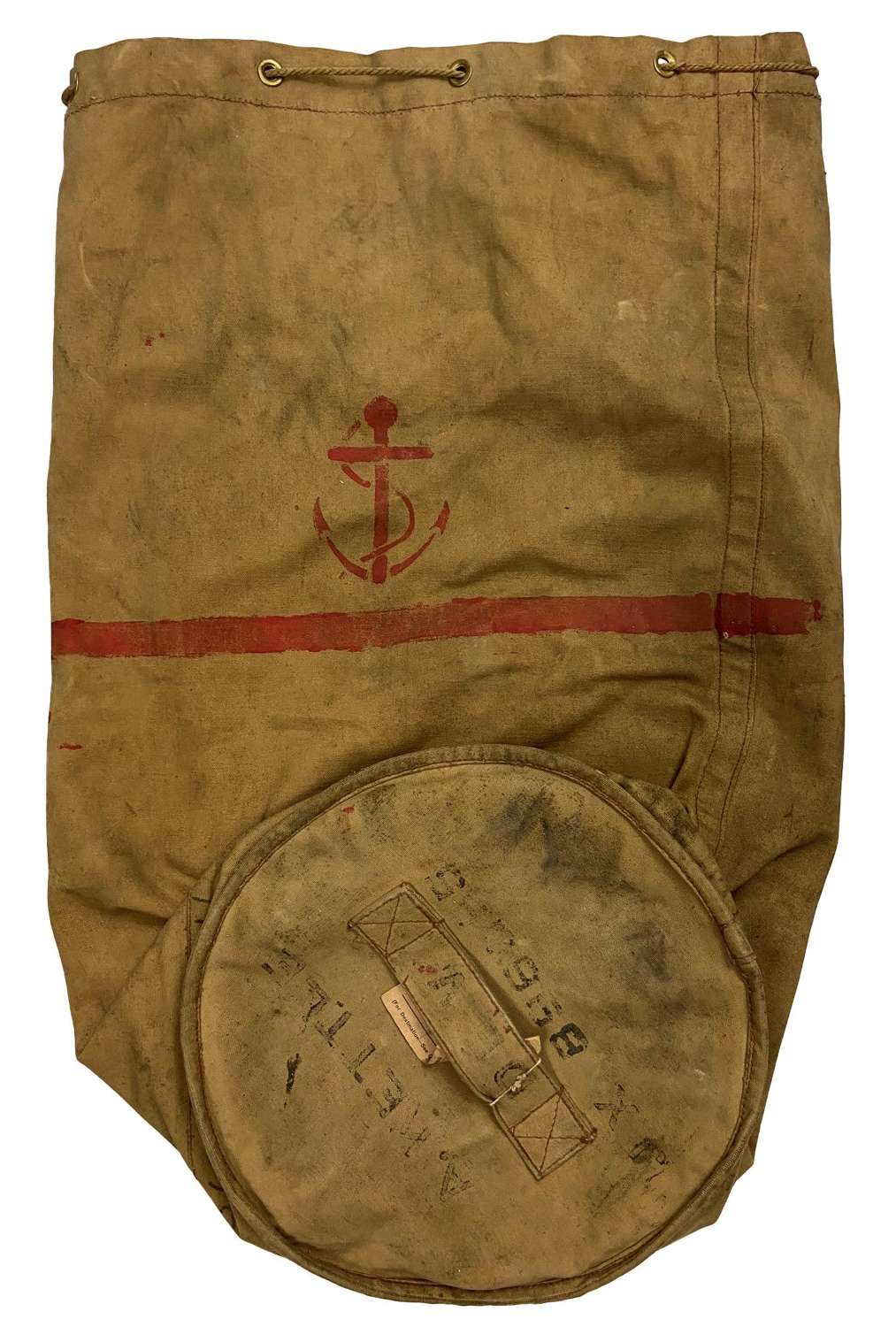 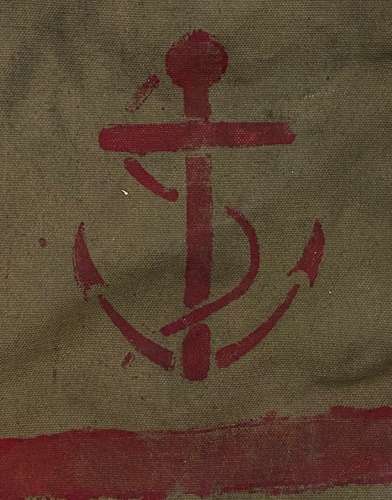 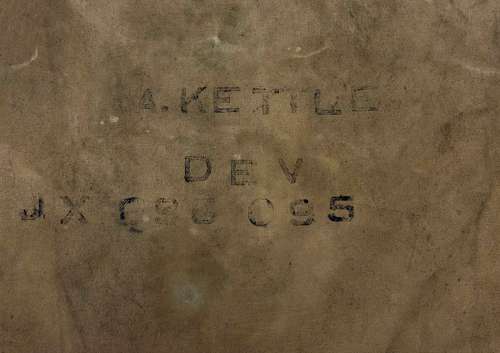 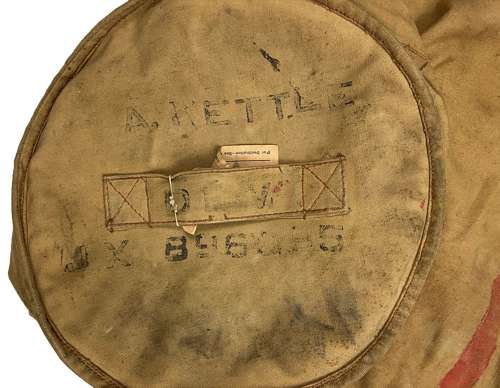 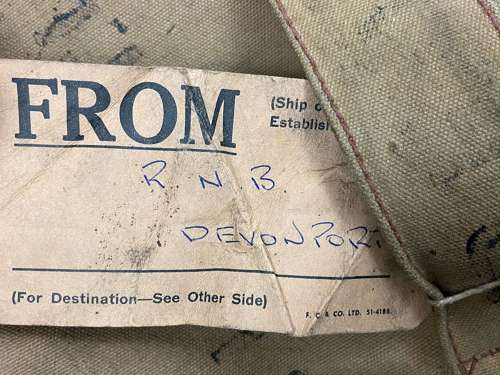 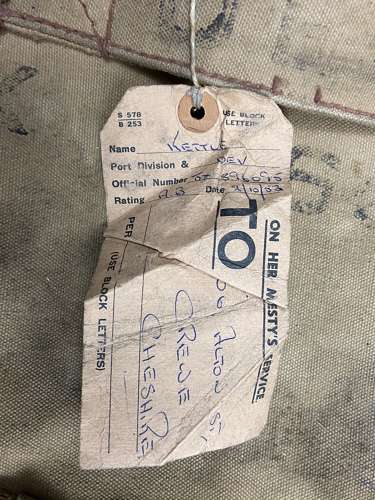 The bag features a red painted anchor as well as a red band around the waist of the bag. The original owners details are stenciled to the bottom which include the owners name 'A. Kettle' as well as his number. A paper address label is also fitted to the bag.