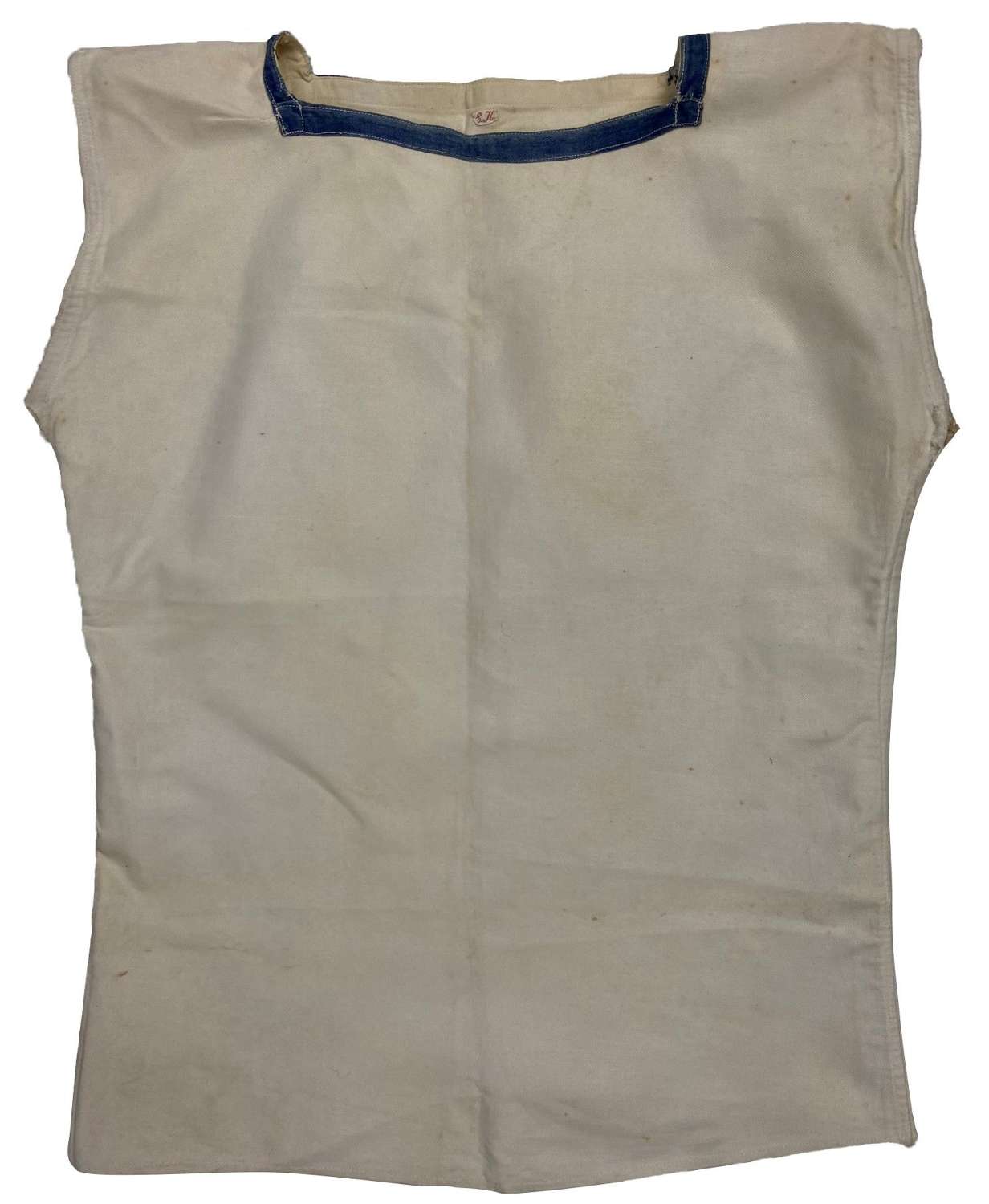 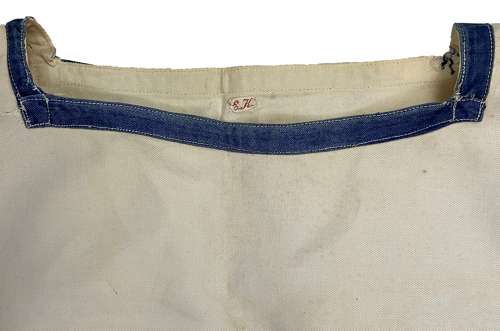 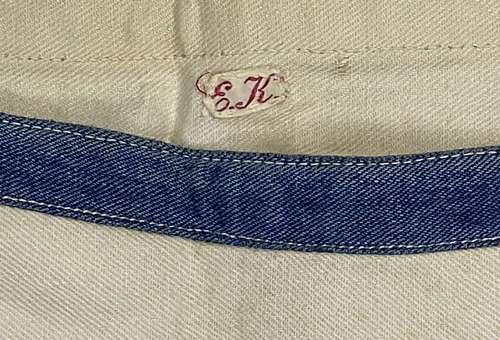 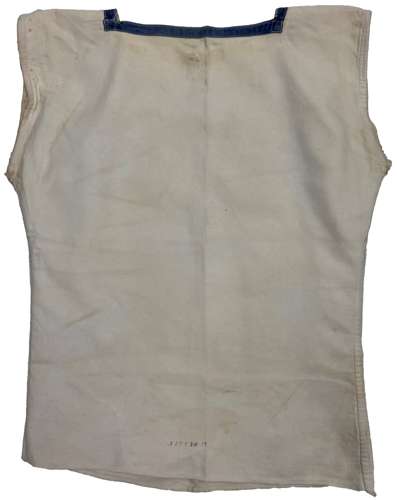 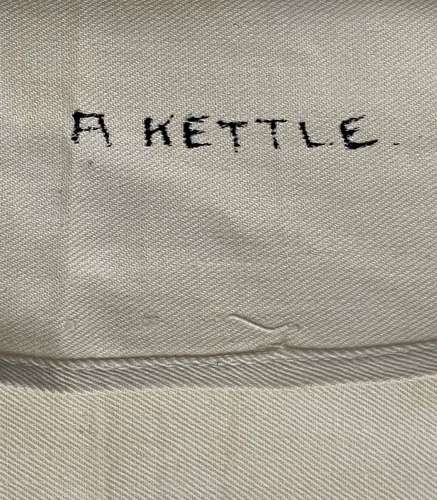 An original Royal Navy White Cotton Flannel dating from around the time of the Second World War.

This pattern of top was introduced for able seamen in 1938 replacing the earlier wool version. It was worn in home waters in  summer months as well as in the tropics. It is made from a white cotton drill and features blue cotton tape around the neck opening. It features a square neck opening and short sleeves.

The original owner has marked his name to the shirt which reads 'A Kettle'. There is also a name tag in the neck from a previous owner to Kettle which reads 'E. R'. The sleeves have also been cut off and the side seams have been slightly opened to allow for more movement. This is a typical period Royal Navy modification.

The shirt is in good condition with some signs of wear and age. Overall it displays well but please study the pictures.