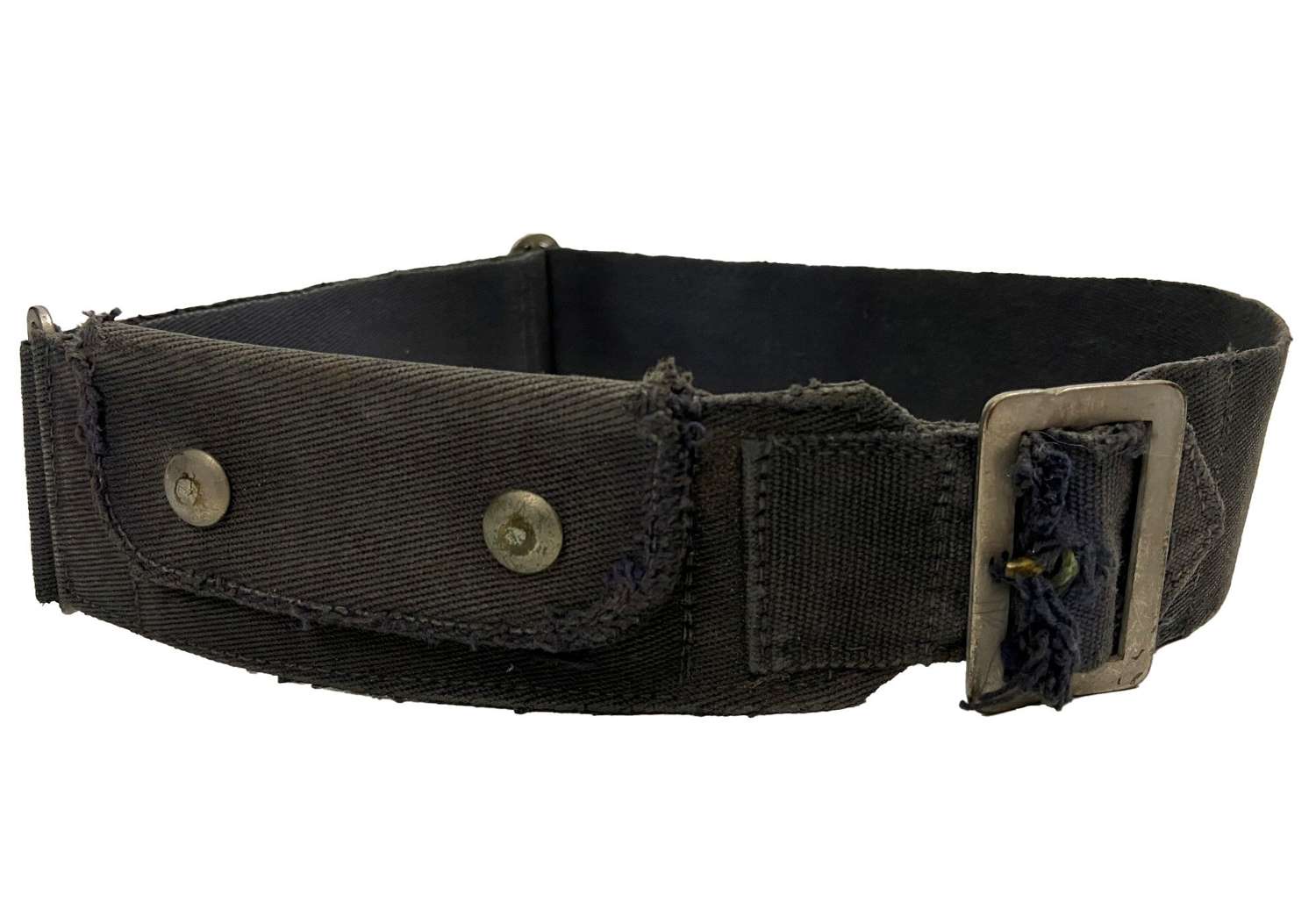 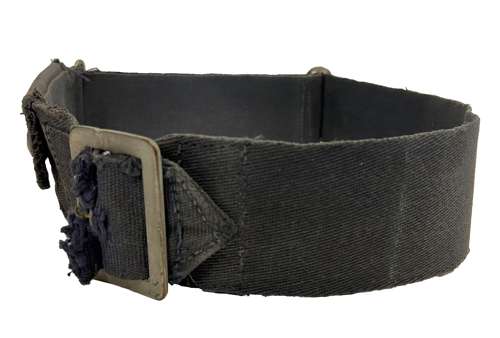 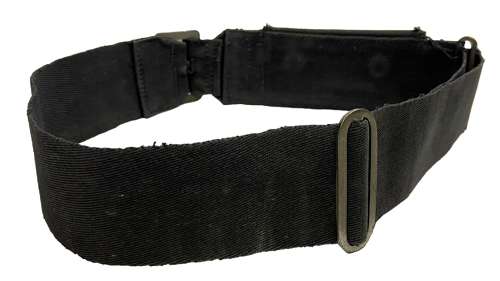 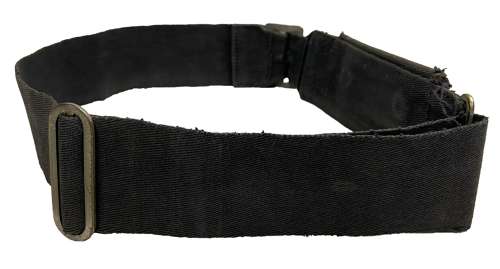 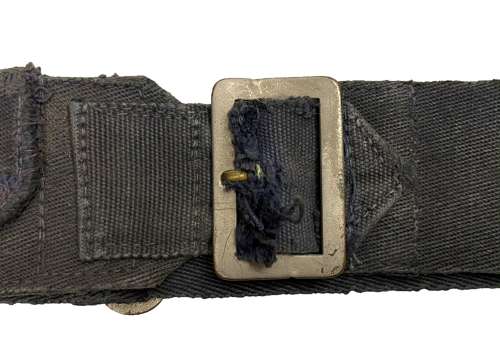 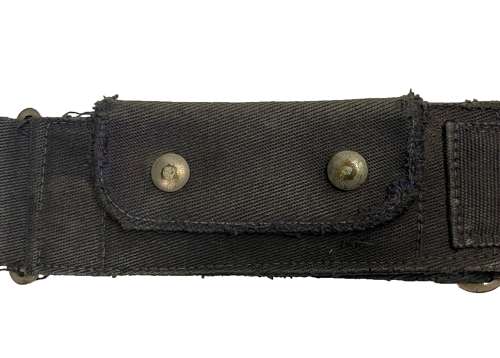 The belt is made from a navy blue coloured cotton canvas and features a pocket to the front which closes with two pop studs. It features a metal buckle to allow the belts size to be adjusted and a chrome plated buckle to the front. Due to its adjustable nature the belt will fit between a 24" and 24" waist.

The belt is in worn condition but still displays well. The most notable wear is to the tongue which passes through the buckle. The Brass eyelet which takes the single prong of the buckle is still present and functioning as it should.