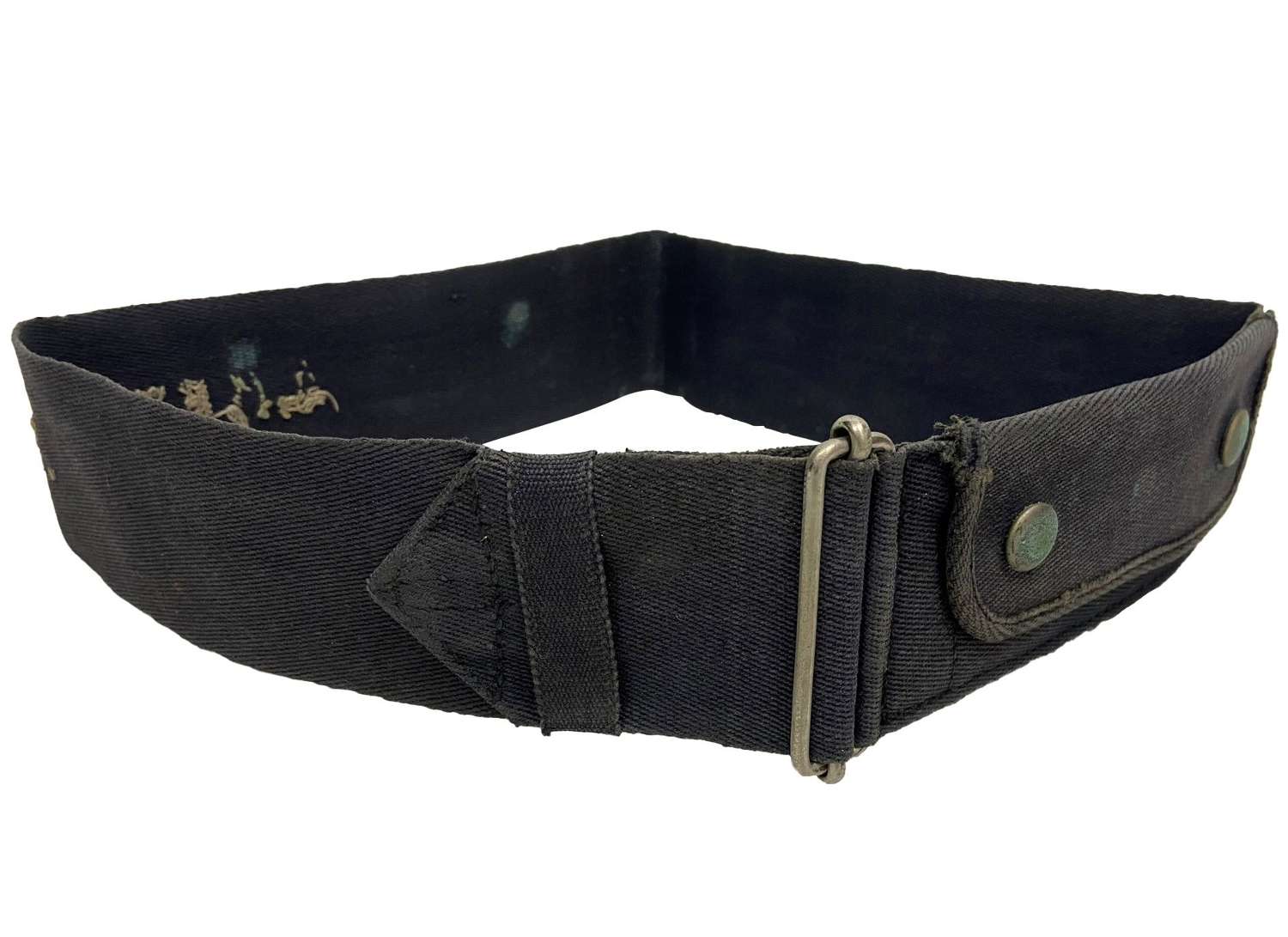 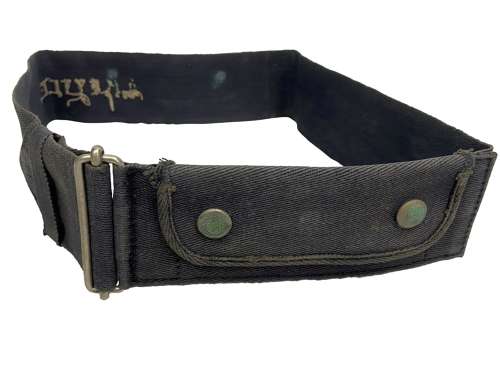 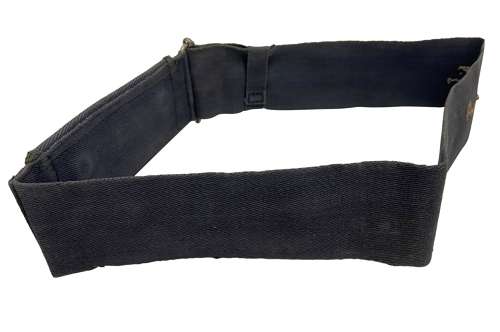 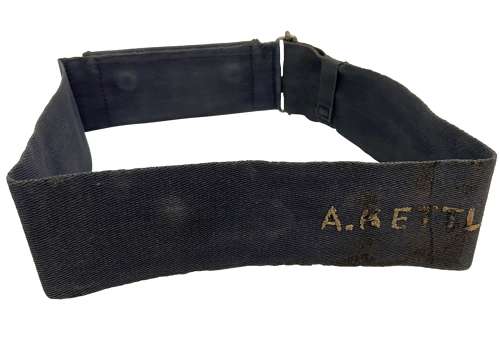 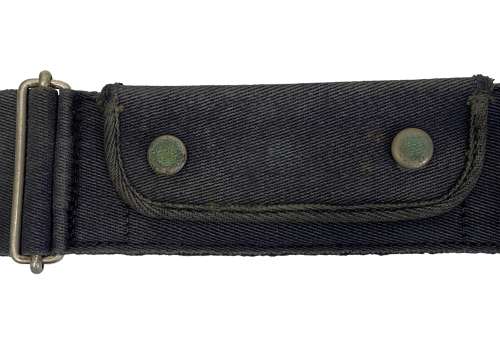 This pattern of belt was introduced in 1945 replacing the earlier pattern which had a single prong buckle. The belt is made from a navy blue coloured cotton canvas and features a pocket to the front which closes with two pop studs. It features a metal buckle to allow the belt's size to be adjusted to suit the wearer. Due to its adjustable nature the belt will fit between a 28" and 34" waist.

The original owner has handstiched his name in white to the outside of the belt which reads 'A. Kettle'.

The belt is in used condition but still displays well.