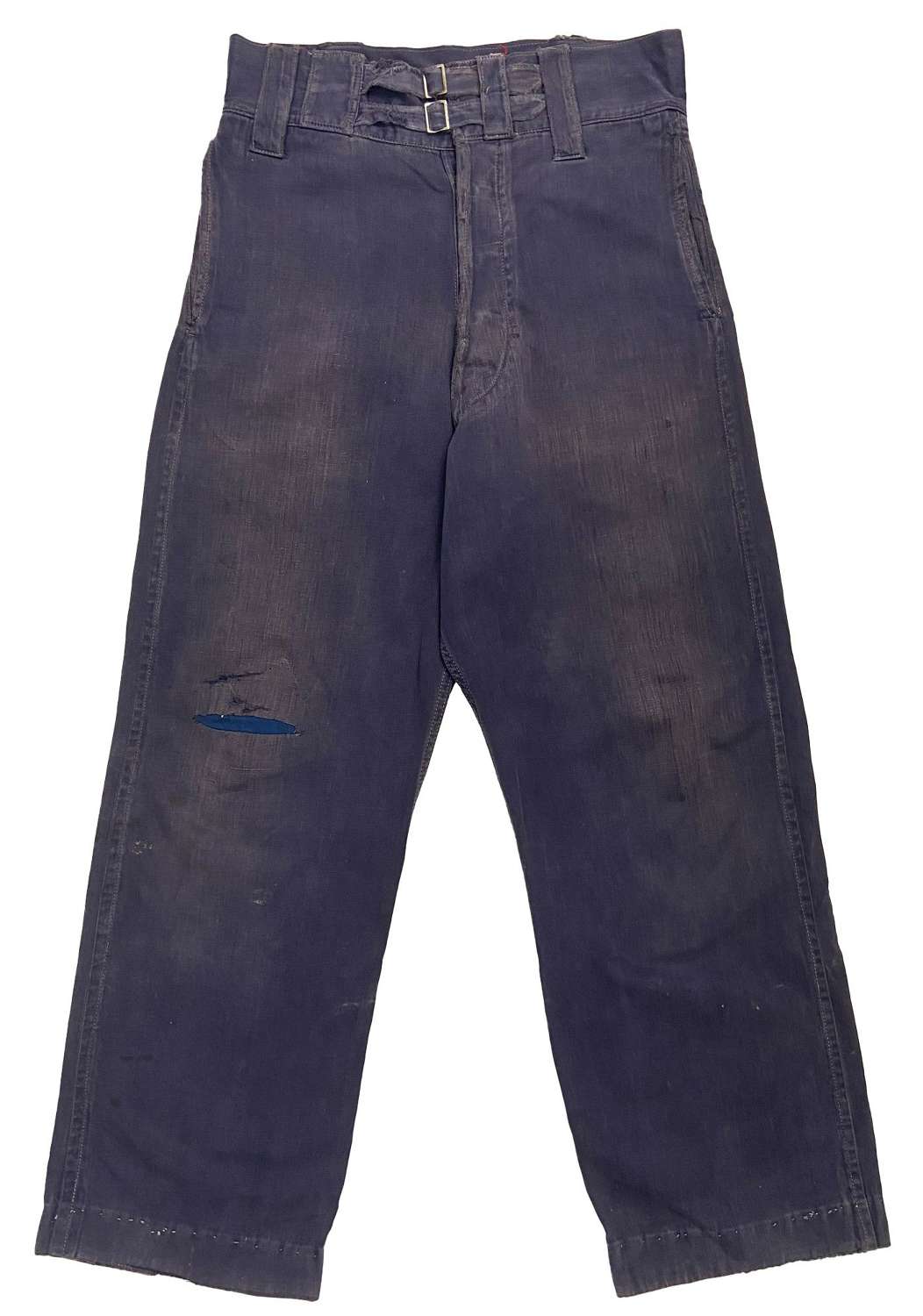 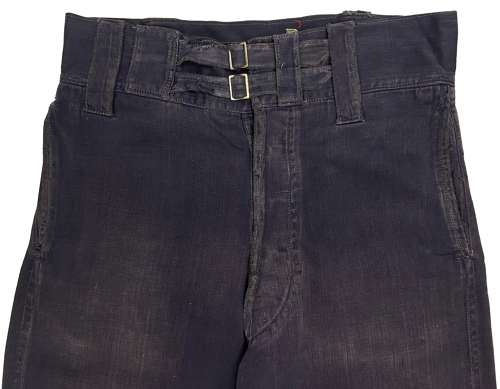 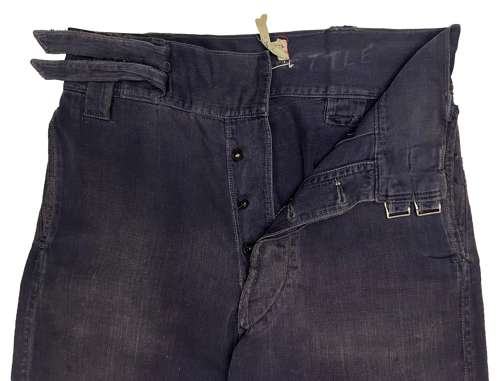 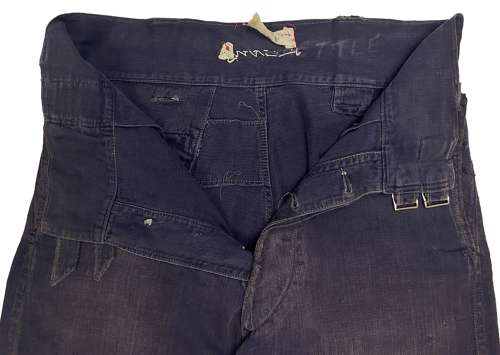 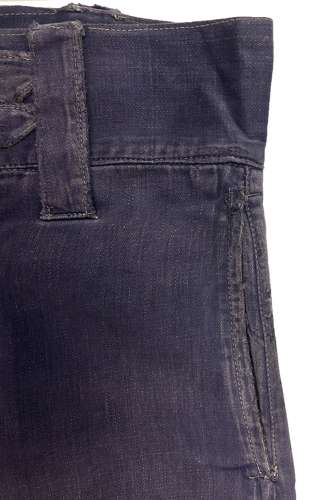 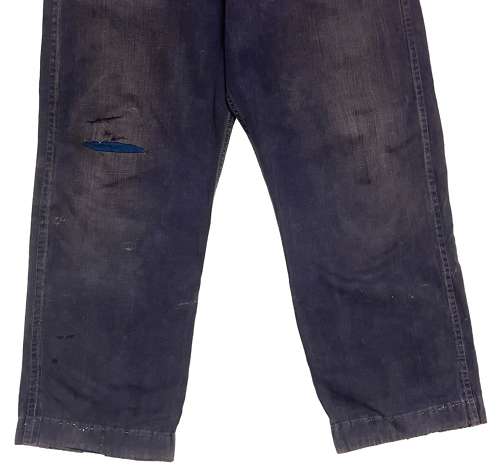 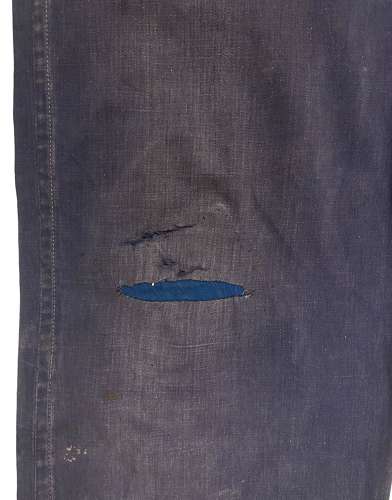 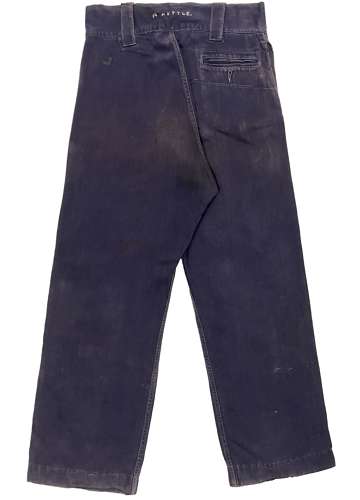 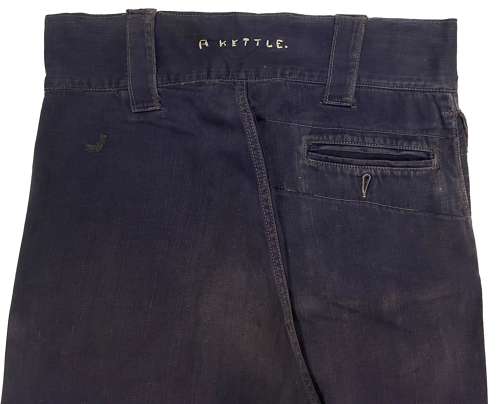 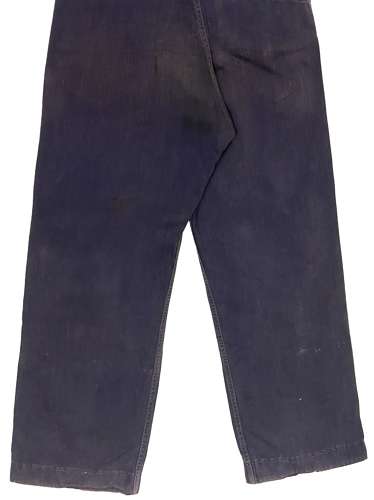 This pattern of trousers was introduced in 1945 and saw limited issue at the end of the Second World War. The trousers were worn with a shirt made from a light blue cotton and was clearly based on the US Navy chambray shirt and dungarees. This dress became the standard working dress in the post-war period and was often referred to as No.8 Dress.

The trousers are made from an indigo blue coloured cotton twill and feature double belt and buckles to fasten the waist. This style was first seen on the 1941 pattern Khaki Drill shorts and trousers and is a classic piece of 1940s uniform design. The fly fastens with buttons and slash pockets are located to the hips. A single pocket can be found at the rear and large belt loops are fitted around the waist through which the Class II waist belt was often worn.

There are no manufacturers labels or markings but the original owner has added his name to the rear which reads 'A. Kettle'.

The trousers are in used condition with plenty of signs of use and age. They have some great period repairs  and tons of character. The waist belts are worn but still function and there is a rip to the knee above the patch repair. There is wear to the pocket edges and the fly but overall the trousers are fairly solid.

A rare piece of British workwear with great details and repairs.