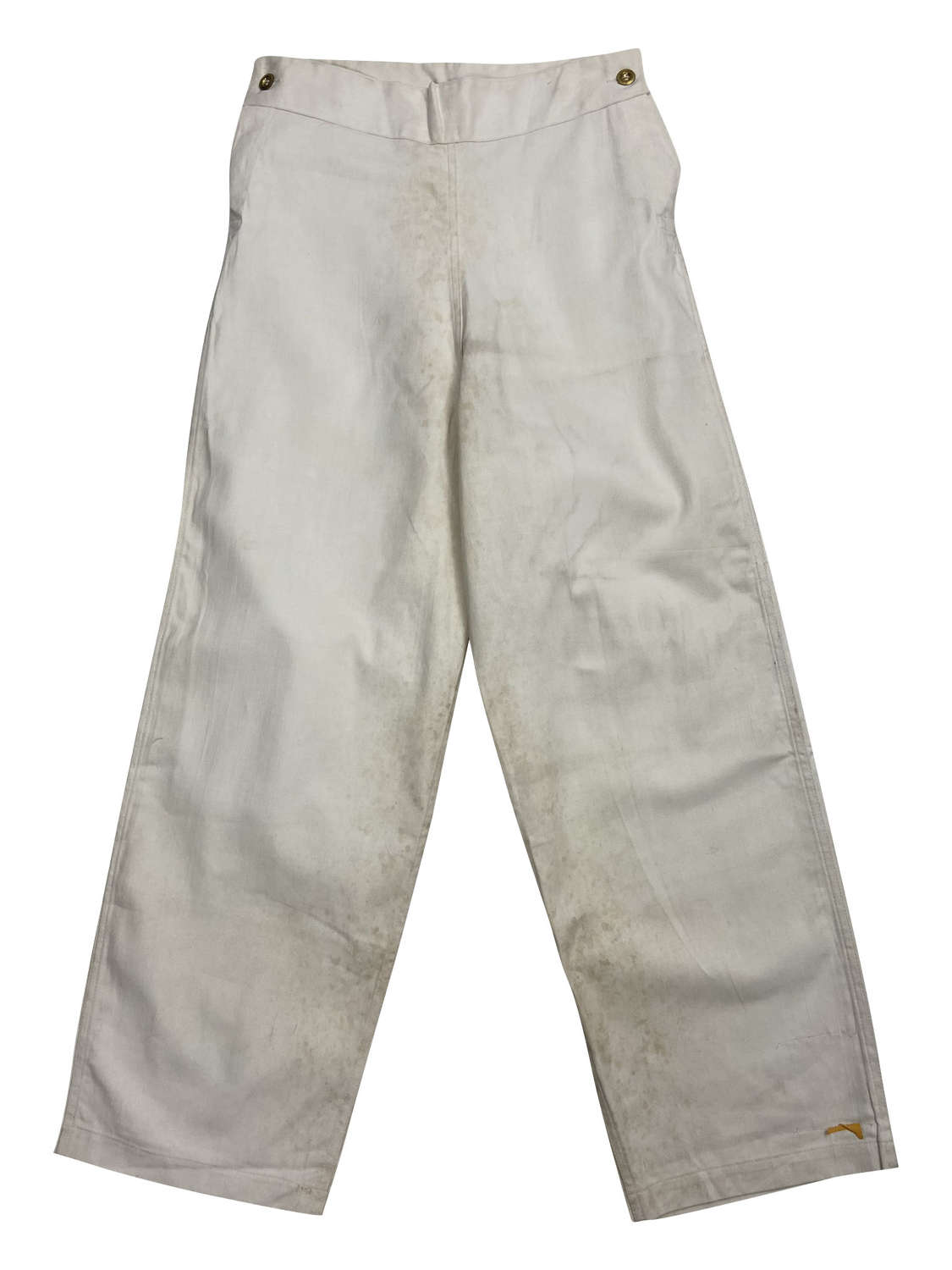 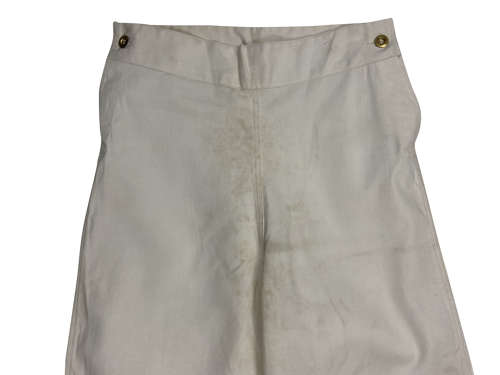 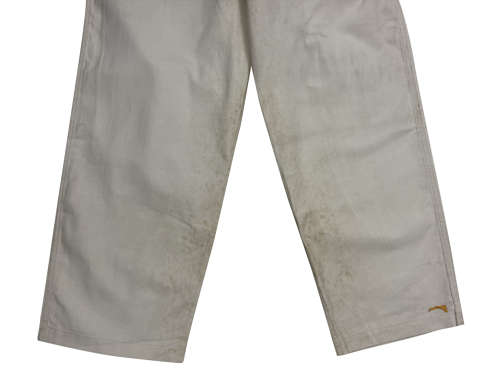 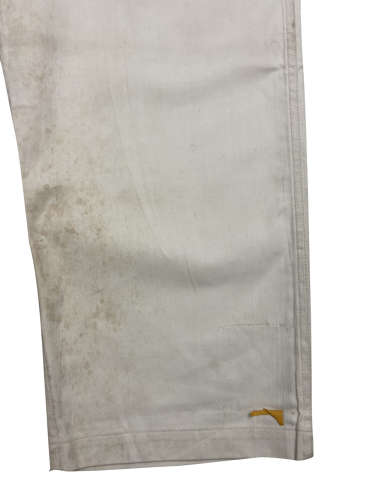 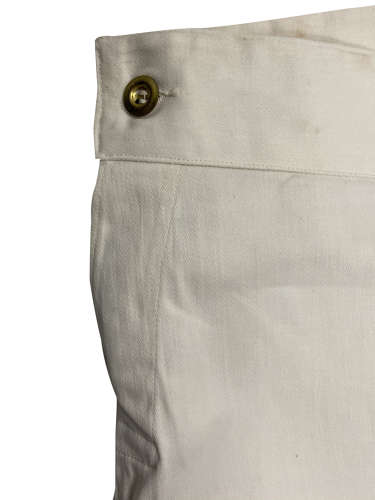 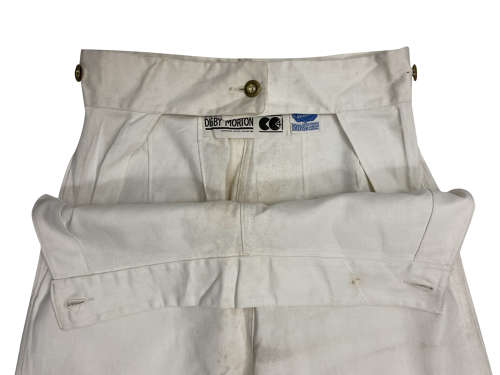 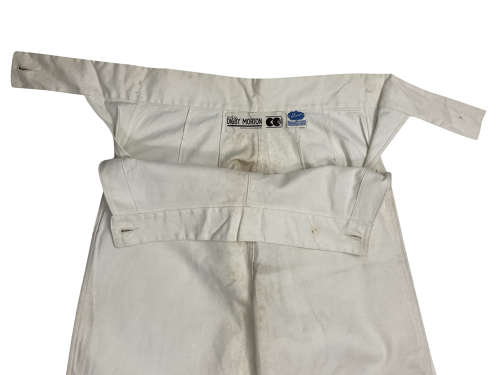 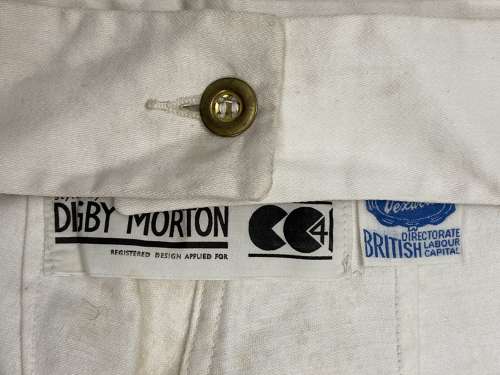 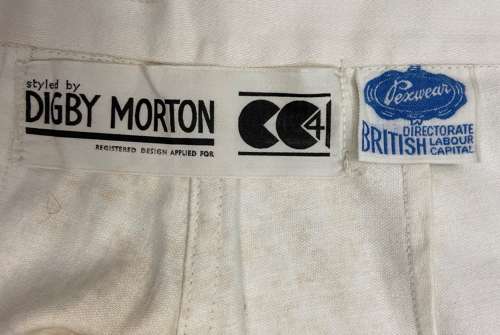 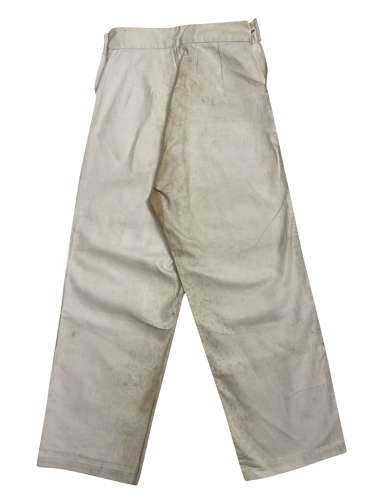 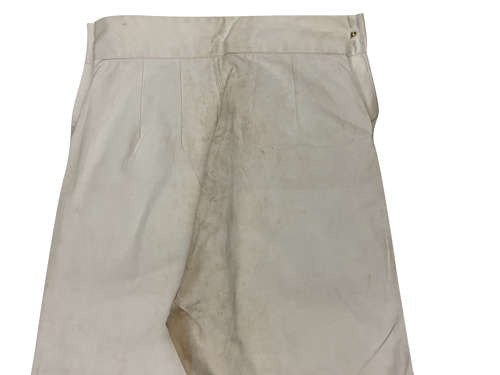 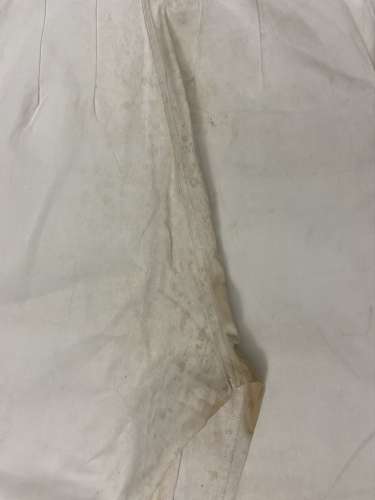 An original pair of private purchase Royal Navy white work trousers made by 'Pexwear' under the CC41 utility clothing scheme and styled by the couture designer Digby Morton.

These trousers came with a grouping of Royal Navy / WRNS uniform items, many of which were private purchase examples. These whites are a fantastic variation on the issue examples with some great labels. The Royal Navy issued heavier whites made from duck cotton as well as these lighter weight sanforized cotton examples, both of which were designed as chore pieces. Whilst white seems a strange colour for workwear (especially for stokers!) it was traditional in the Royal Navy.

These trousers closely follow the standard Royal Navy design with wide leg and flap front (which again dates back to the 19th Century). The flap fastens with stamped brass buttons as were commonplace on British military and workwear items during this period. The overall design is more simple than the issue examples - clearly part of the utility styling.

The trousers feature a number of labels to the interior. At the bottom of the left leg there is evidence of where the original card label was placed as can be seen in the listing of the matching pair of trousers.

Inside the trousers is a label which reads 'Pexwear' with the words 'British Directorate Labour Capital' below it. To the right of this is a large label which bears the CC41 logo and the words 'styled by Digby Morton' in a similar font to the utility logo. Digby Morton was an Irish couture designer who was one of the leading British names in British couture from the 1930s through to the 1950s. He played a key part in the design of many utility clothing items during the war with these trousers being just one of many of his offerings.

The trousers are in unworn condition but do have a variety of marks and stains from many years in storage. Please study the pictures to access the condition for yourself.

Altogether a very interesting pair of trousers with some fantastic labels. These would make a great addition to any collection!