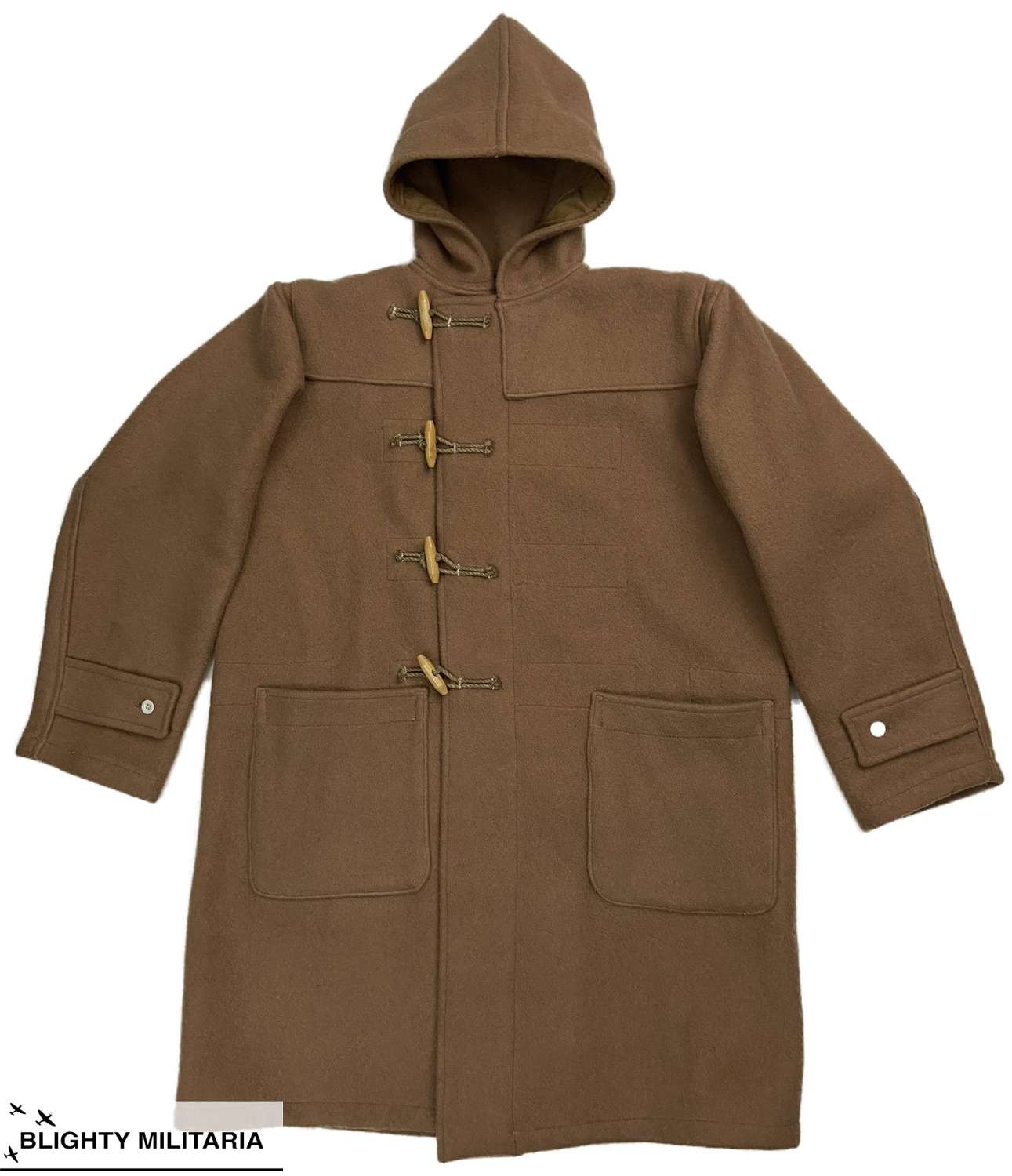 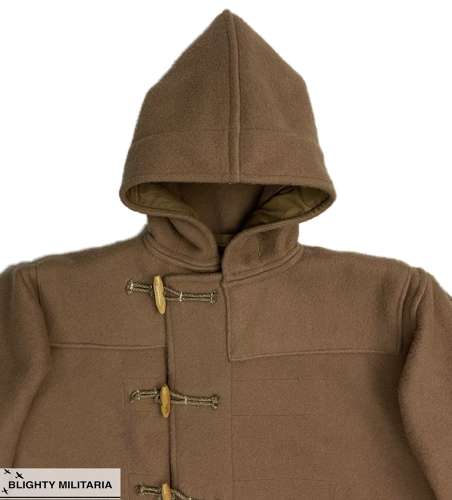 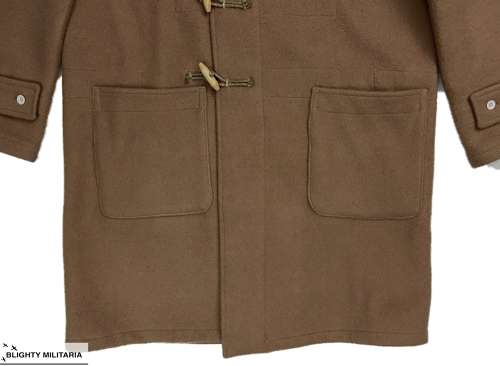 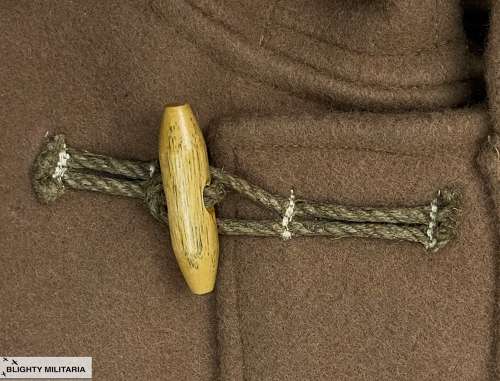 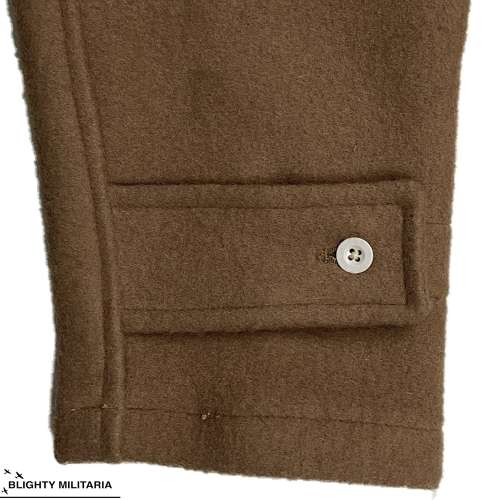 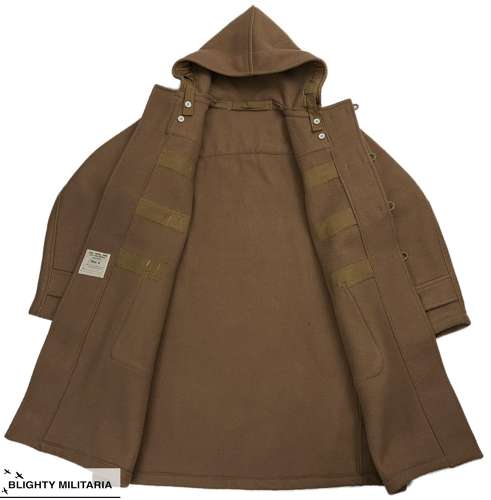 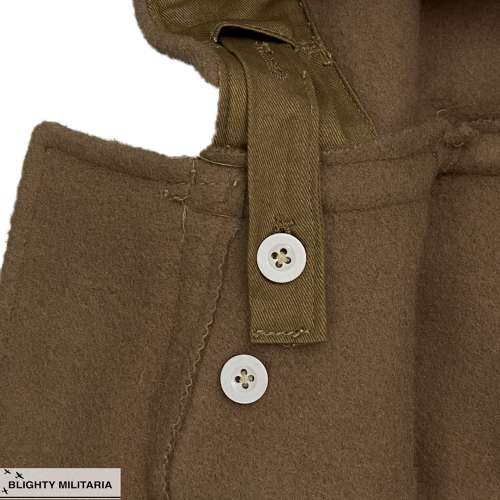 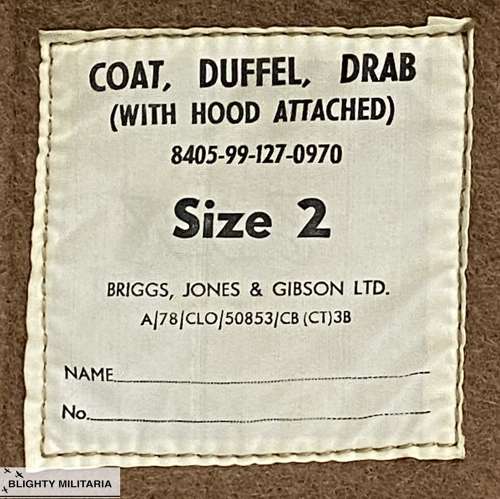 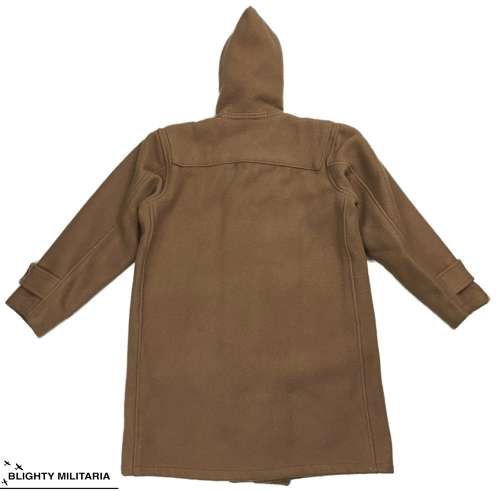 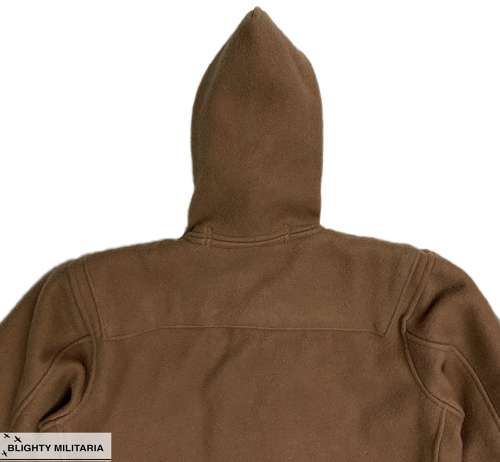 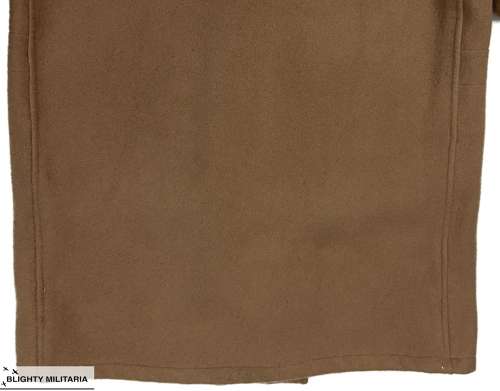 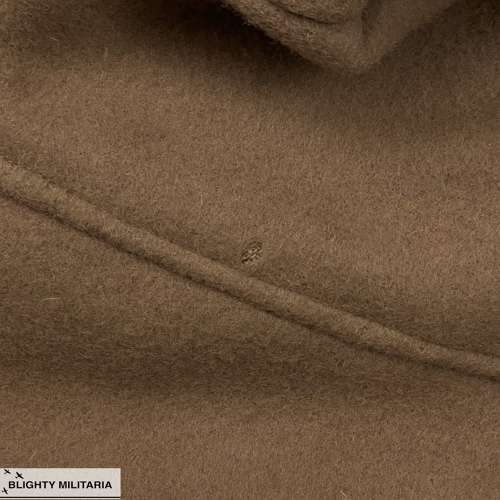 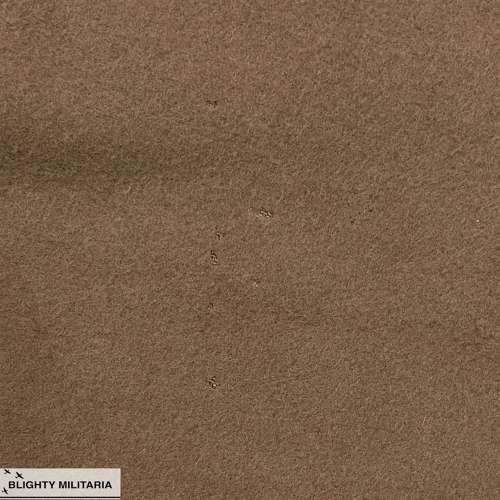 An original Royal Navy Duffle Coat dating from the 1970s and in a size No. 2.

This pattern of coat was introduced during the Second World War. It replaced the earlier version which had brass pop studs around the hood. This was done as an economy measure and was left unchanged post-war. These coats stayed in production for many years and were still being produced in the late 1970s by the Royal Navy.

The coat is made from a thick, heavy camel hair wool which was used as it is very warm. The coat fastens with four wooden toggles to the front and features tabs which fasten at the wrists. There is also a hood which features a cotton drill tape which is fitted inside the front edge and buttons to the inside of the coat. It has a number of positions meaning the wearer can pull the hood down tightly onto their head. All buttons are white plastic examples.

Inside the coat the original label is still present and is bright and legible. It bears the title 'Coat, Duffel, Drab (With Hood Attached) and bears the maker's name of 'Briggs, Jones & Gibson Ltd'. The size is stated as 2 and the A78 contract number is present.

The coat is designed to fit a 40" to 42" chest but they are however cut in a wide, loose manner to allow them to be worn as an outer layer over a uniform. Due to this it is possible that the coat will fit larger chest sizes. When laid flat it measures -

On the whole the coat is in very good condition with only limited signs of wear and use. There are a few small moth nips which are illustrated in the pictures but overall it is a clean example. It is still very wearable but please study the pictures before purchasing.