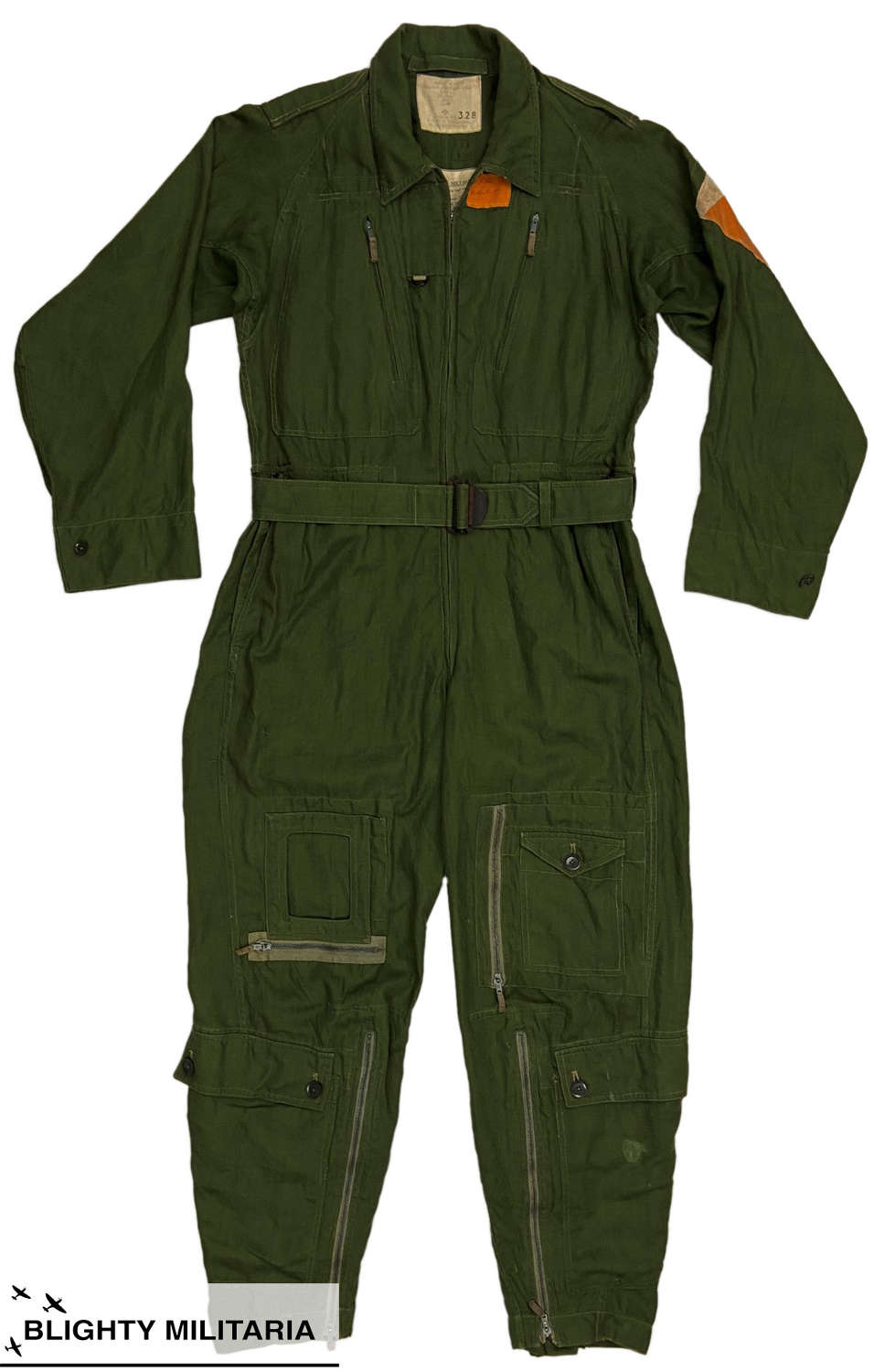 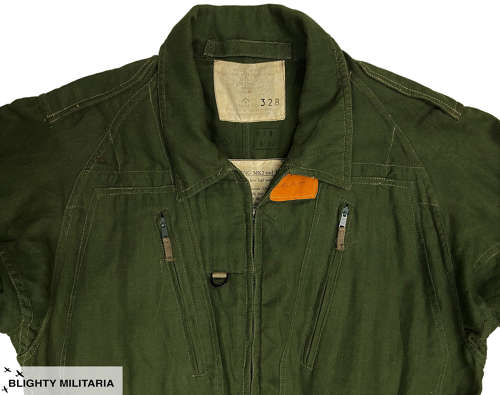 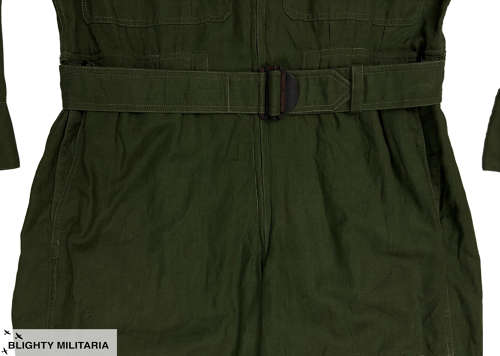 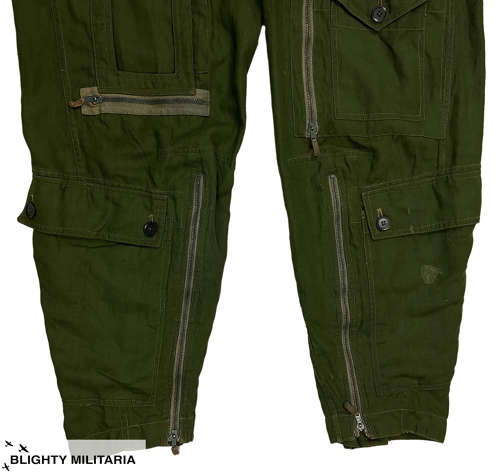 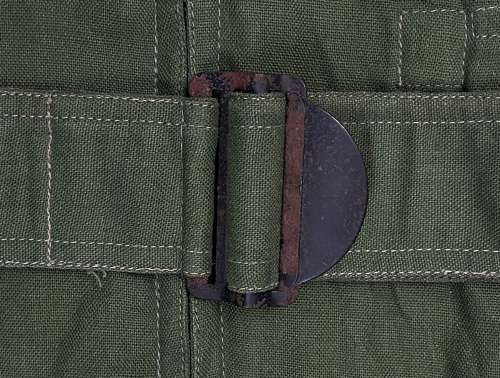 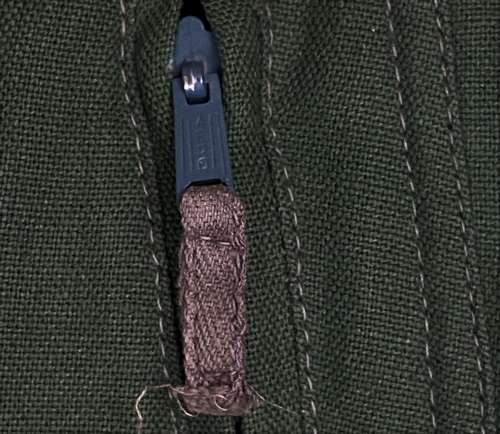 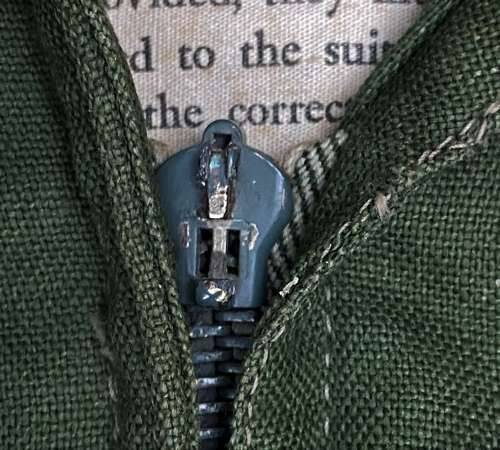 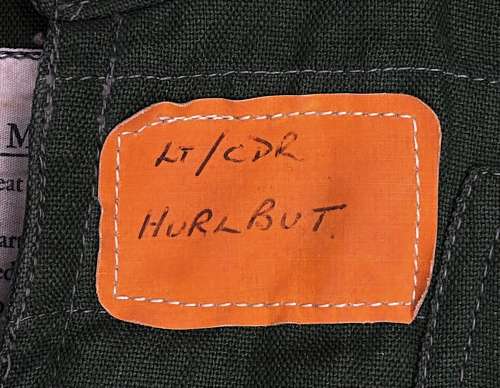 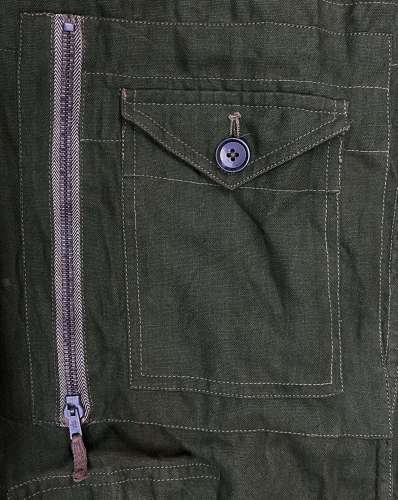 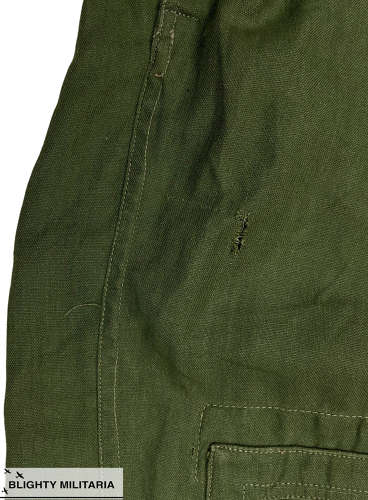 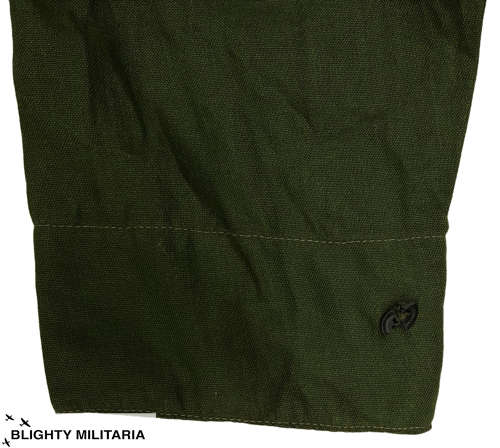 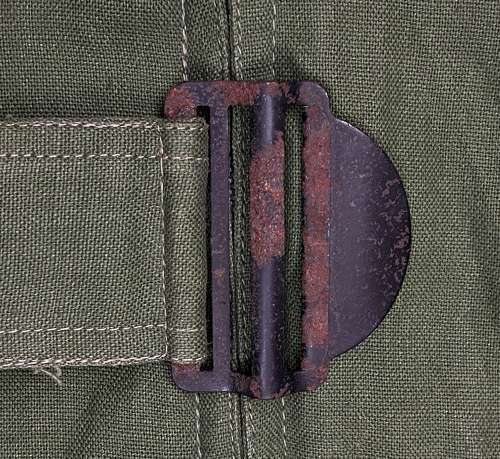 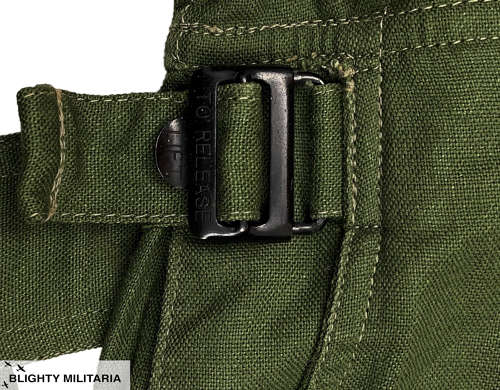 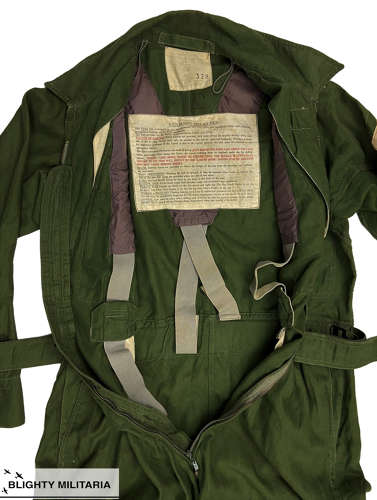 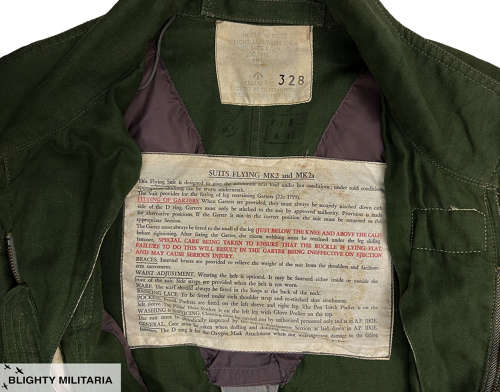 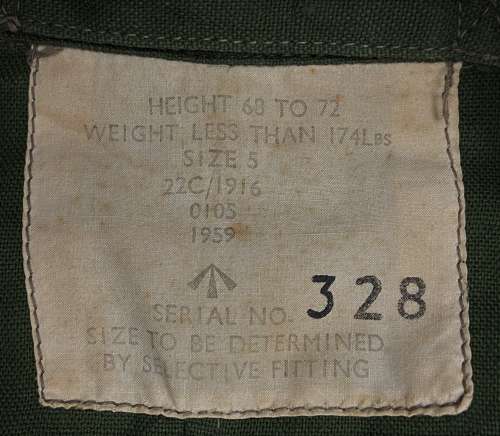 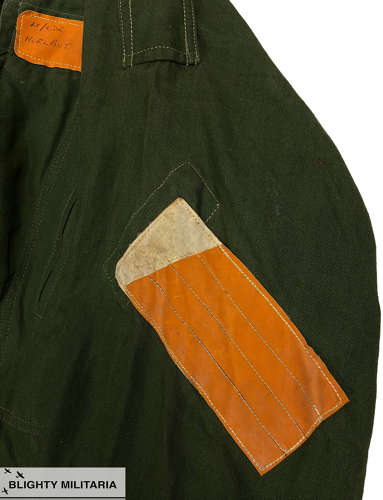 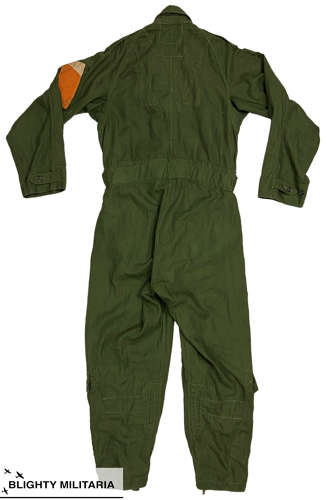 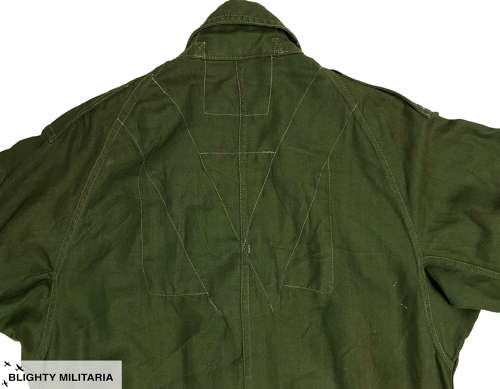 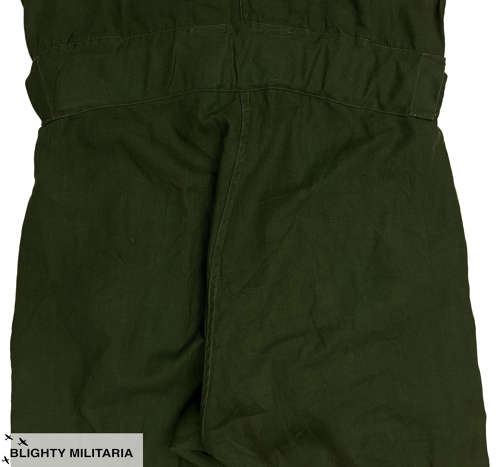 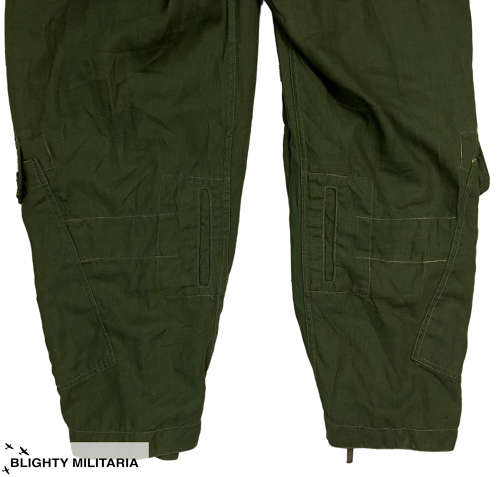 A scarce original 1959 dated Royal Air Force Mk2 and 2a Flying Suit in green which is named to an officer of the Royal Navy.

Officially designated 'Suits Flying MK2 and 2a' the suit is made from a green coloured linen cotton and features blue painted metal 'Aero' branded zippers throughout. Metal waist adjusters are also a feature and are marked 'To Release Lift' and pockets can be found to the lower legs. There is also a waist belt which fastens with a metal buckle of the same style used on the RAF ventile smock and ventile parka. Inside the suit there is an integral brace system, two drying loops and a hanging loop to the neck.

The original owner has added a name tag to the right breast which reads 'Lieutenant Commander Hurlbut' which would suggest a Fleet Air Arm connection and offers the opportunity of further research. A pen pocket has also been added to the upper left sleeve in the same orange material which is a great detail.

The suit has two labels to the interior. The uppermost is the issue label and bears the 1959 manufacture date below which is the size of RAF Stores number of 22c/1916, the size of 5 and the War Department broad arrow marking.

The overall condition of the suit is very good and it displays well. There are some signs of age and wear which are to be expected with a vintage item which has been issued. The main zipper is missing its pull but still functions correctly and there are some small tears, stains and a broken cuff button as pictured. Please take time to study the pictures provided.

Altogether a very nice example of a jet-age flying suit in a rare, hard to fine colour. This would make an excellent addition to any RAF collection!