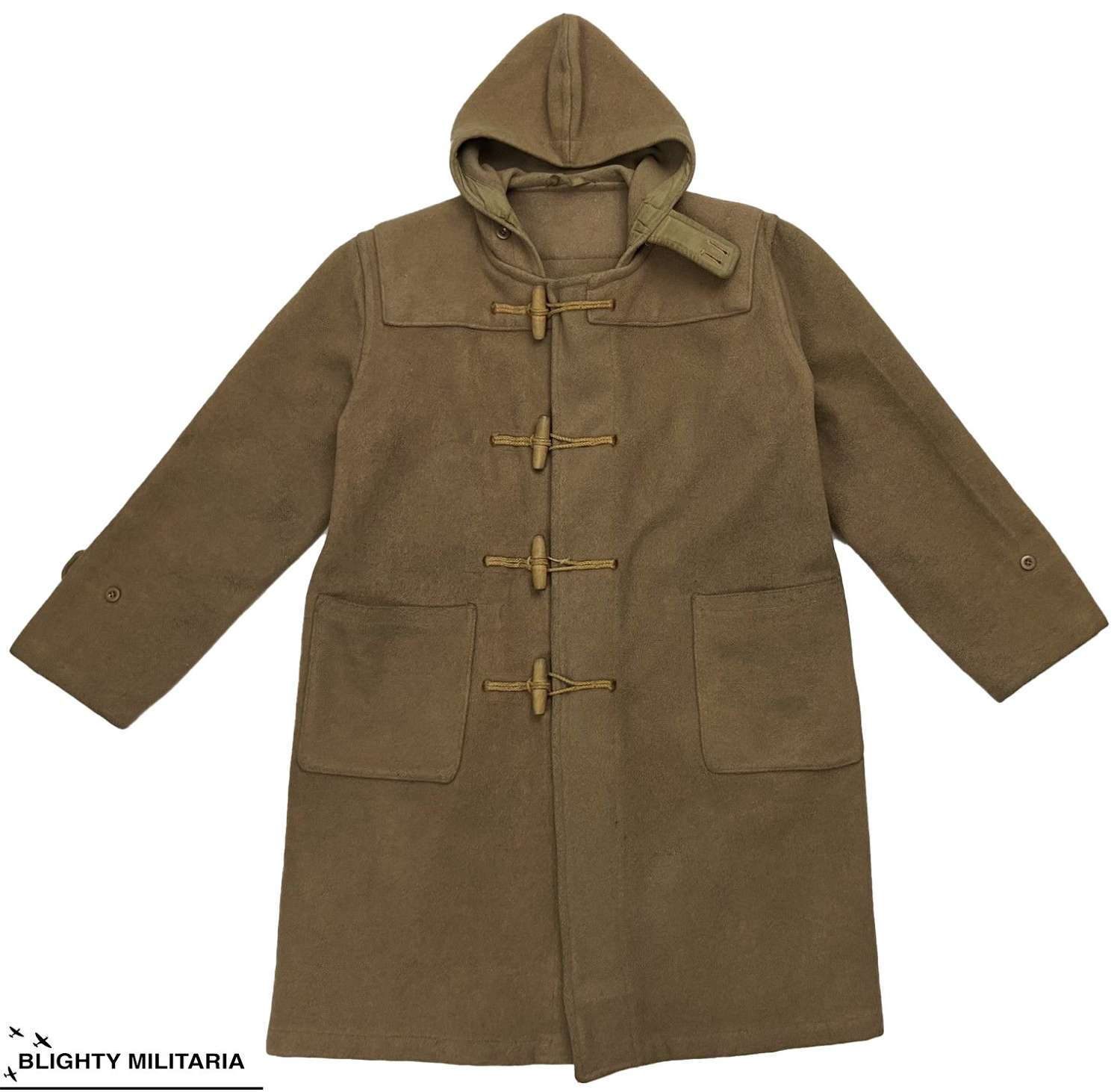 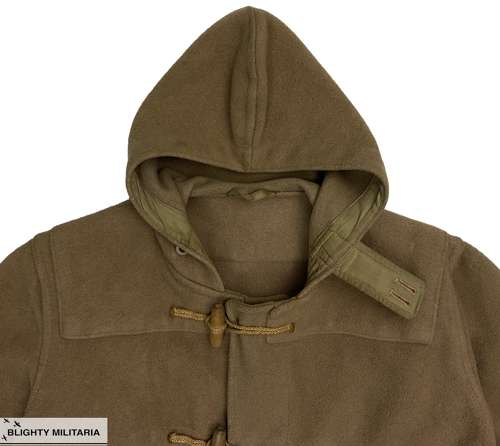 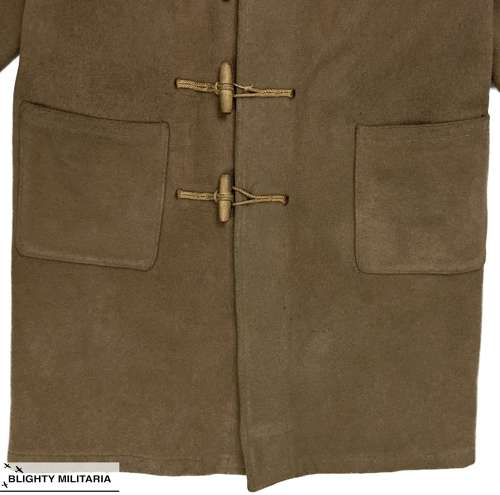 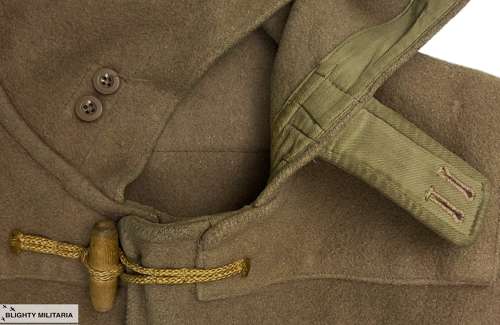 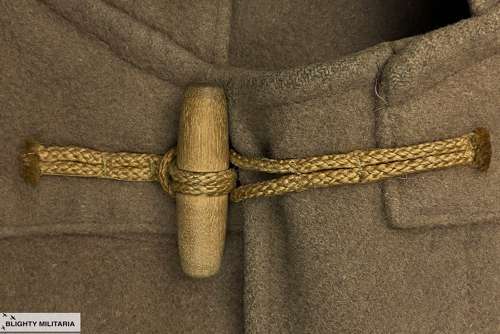 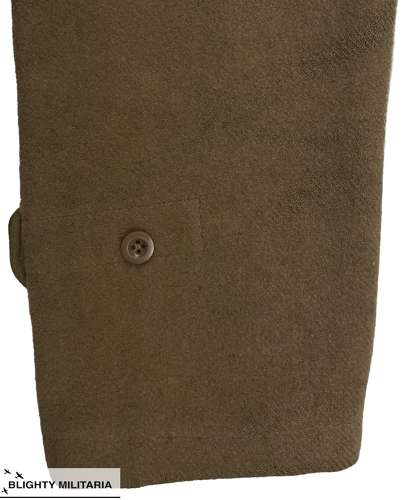 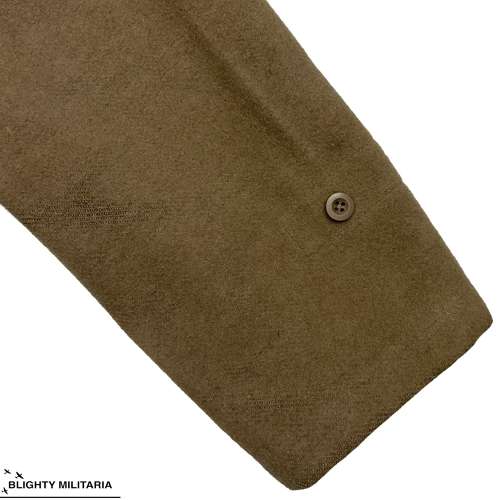 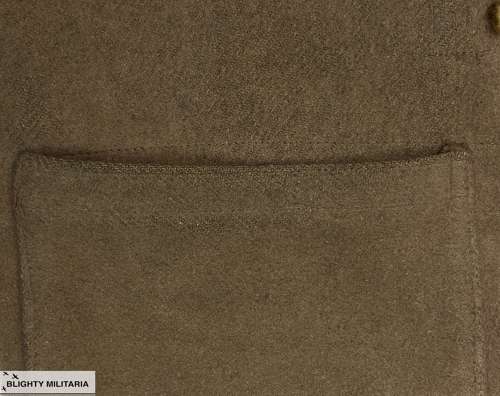 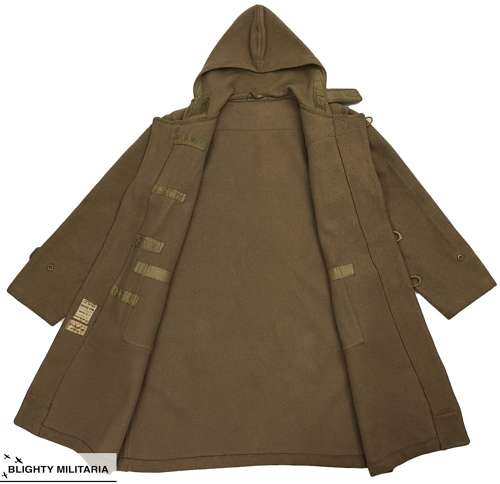 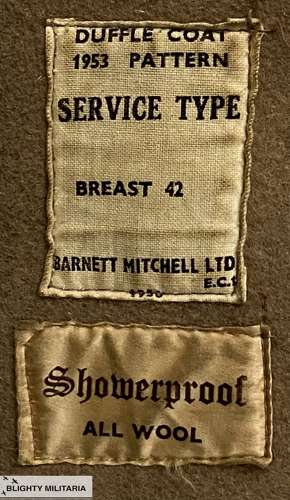 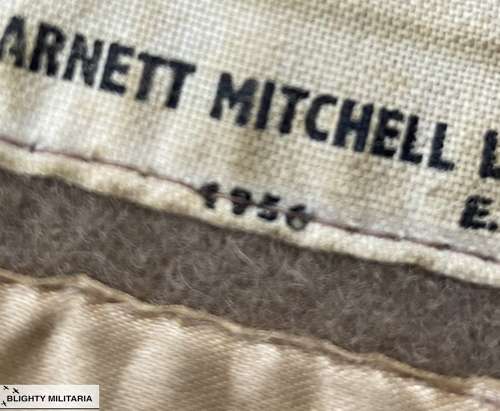 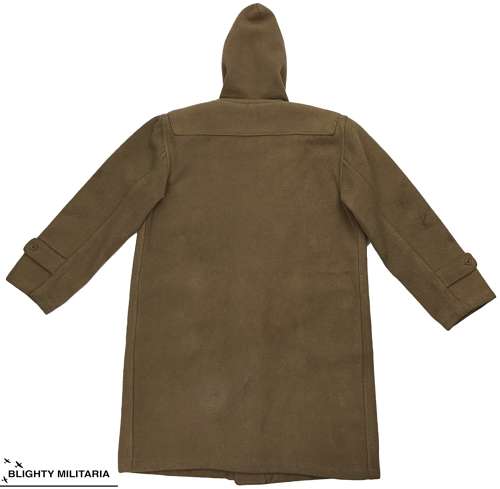 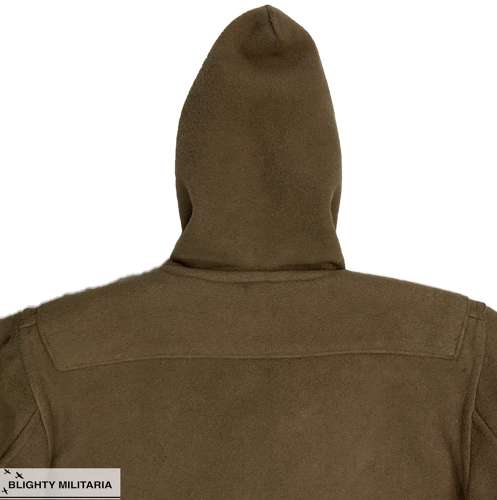 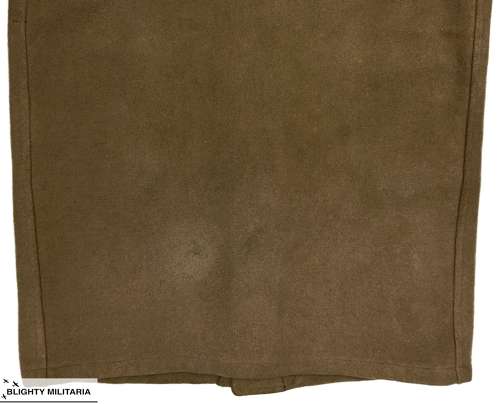 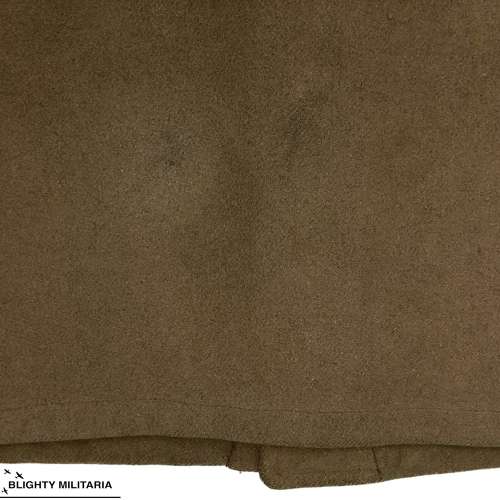 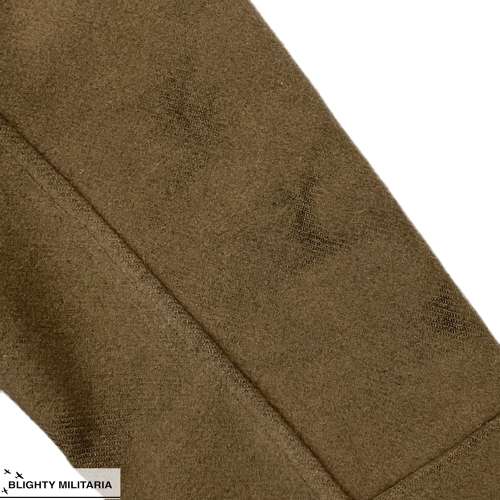 This pattern of coat was introduced during the Second World War and it stayed in service for decades after the conflict ended. This example is a 1953 pattern dating from 1956. It is more or less unchanged from the wartime pattern with the only noticeable difference being the lack of straps inside the hood.

The coat is made from a thick, heavy camel hair wool which was used as it is very warm. The coat fastens with four wooden toggles to the front and features tabs which fasten at the wrists. There is also a hood which features a cotton drill tape which is fitted inside the front edge and buttons to the inside of the coat. There is a throat latch which fastens with two buttons and there are two large patch pockets to the front of the coat.

Inside the coat the original label is still present and is bright and legible. It bears the title of 'Duffle Coat 1953 Pattern Service Type' along with the breast size of 42" and the East London maker's name of Barnett Mitchell LTD'. The 1956 date is also present and below this label there is a second label which is typical of the 1950s which reads 'Showproof All Wool'.

The coat is in good condition and is still very wearable. There is limited staining and various signs of wear and age etc. There is plenty of wear to the sleeves which is illustrated in the pictures so please study them before purchasing and bear in mind that this is a vintage, pre-worn coat.

Duffle coats became extremely popular post-war with civilians wearing original ex-military examples such as this. They were also made by a wide variety of manufacturers during the 50s, 60s and 70s for commercial sale. This is the original which all civilian models were based on, making this a real design classic.