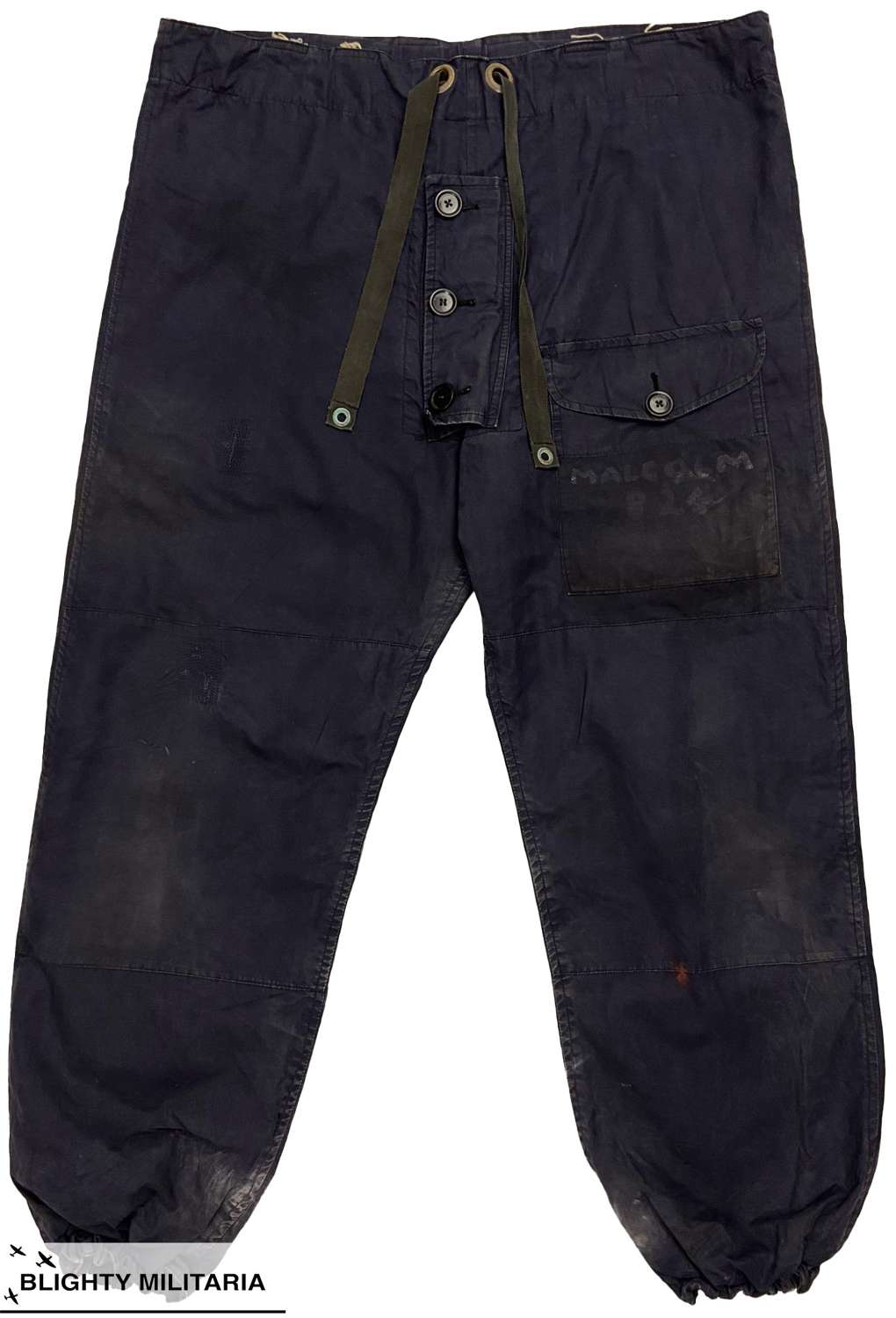 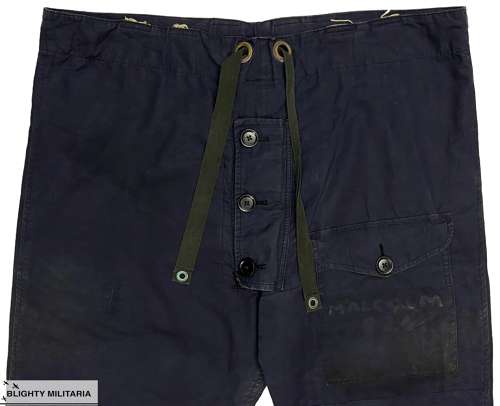 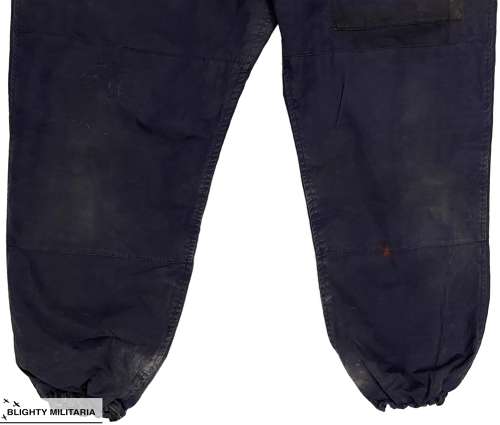 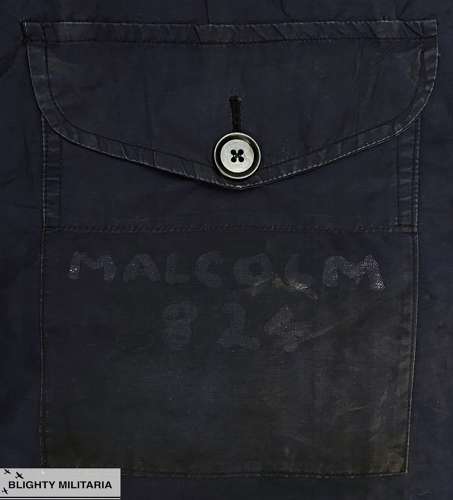 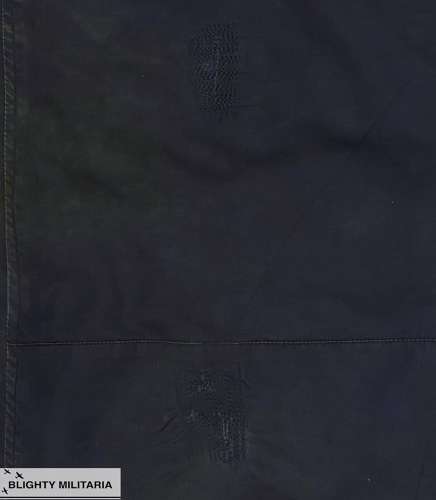 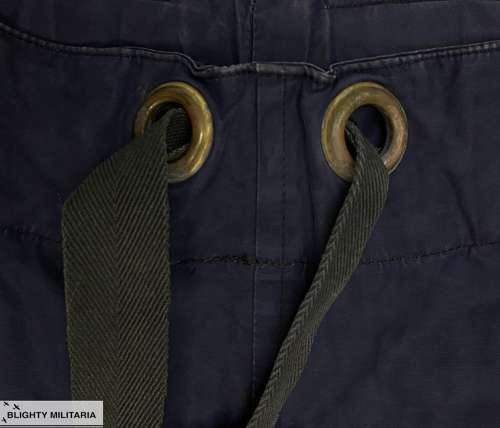 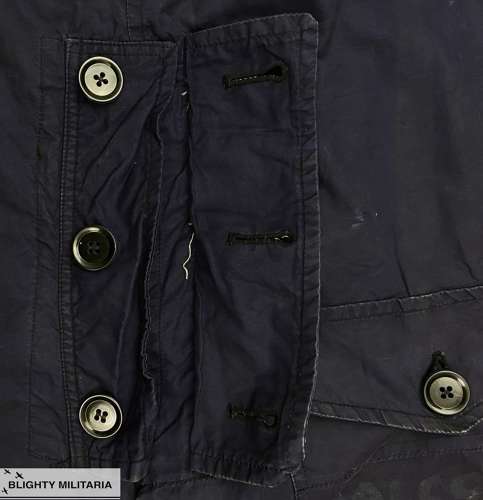 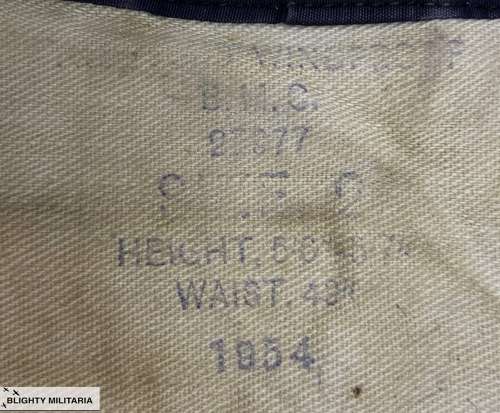 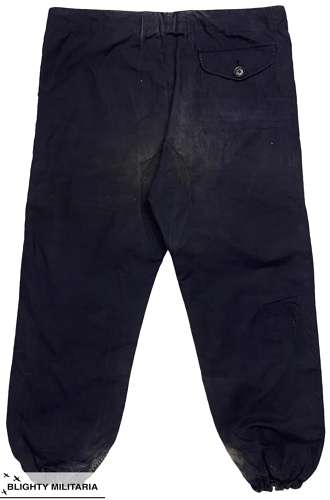 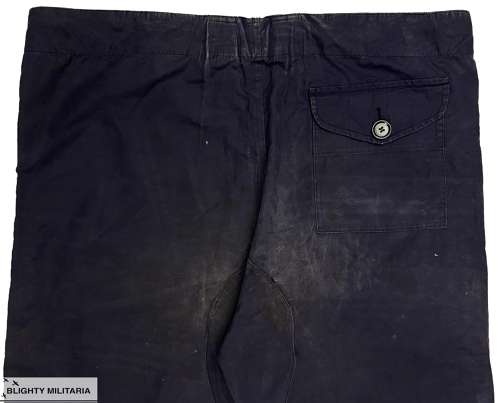 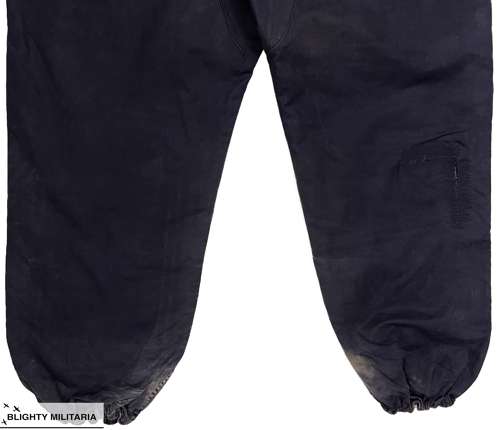 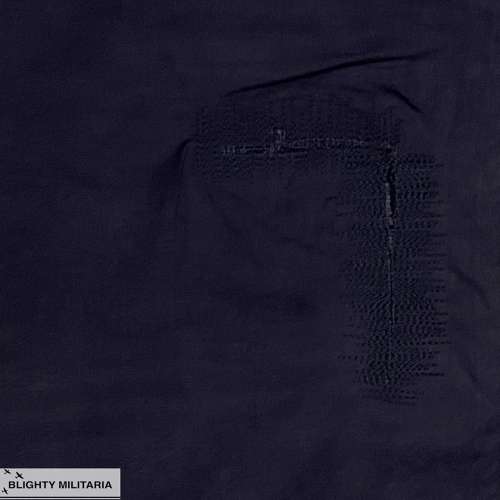 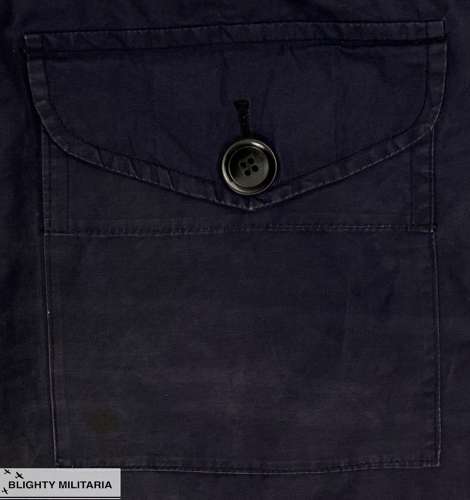 This pattern of trousers was introduced in the early 1950s for wear on the decks of ships and aircraft carriers. They were intended to be worn with the matching deck smock which was also made from a navy blue coloured ventile cotton. The trousers feature a map pocket to the front of the left leg which fastens with a large plastic button. There is a button fly which features the same buttons and there are two large brass eyelets to the waist band, through which is fitted a drawstring which in turn is fitted with brass eyelets. The knees feature reinforcement sections and the cuffs are elasticated. There is a single pocket to the rear. The Original owner has marked his name to the map pocket flap as 'Malcolm' followed by 3 numbers from his serial number which is a nice personalisation detail.

Inside the trousers the original label is still present and bears the title of 'Trousers Windproof followed by the maker's initials of 'B.M.C' which denotes Belstaff as the maker. The size is stated as 2 and the year of manufacture is 1954.

Being a windproof item, these trousers are cut in a large oversized manner like their British Army counterparts. They are designed to be worn as an outer layer over the top of clothing and therefore measure up on the large size. When laid flat the trousers measure -

The trousers are in well worn condition as can be seen in the pictures. There is staining and multiple repairs but they still display well enough. Please study the pictures before purchasing and bear in mind that they are a pre-worn pair of military trousers with issues commensurate with this.

A rare pair of Belstaff made military trousers from the 1950s with some excellent details.