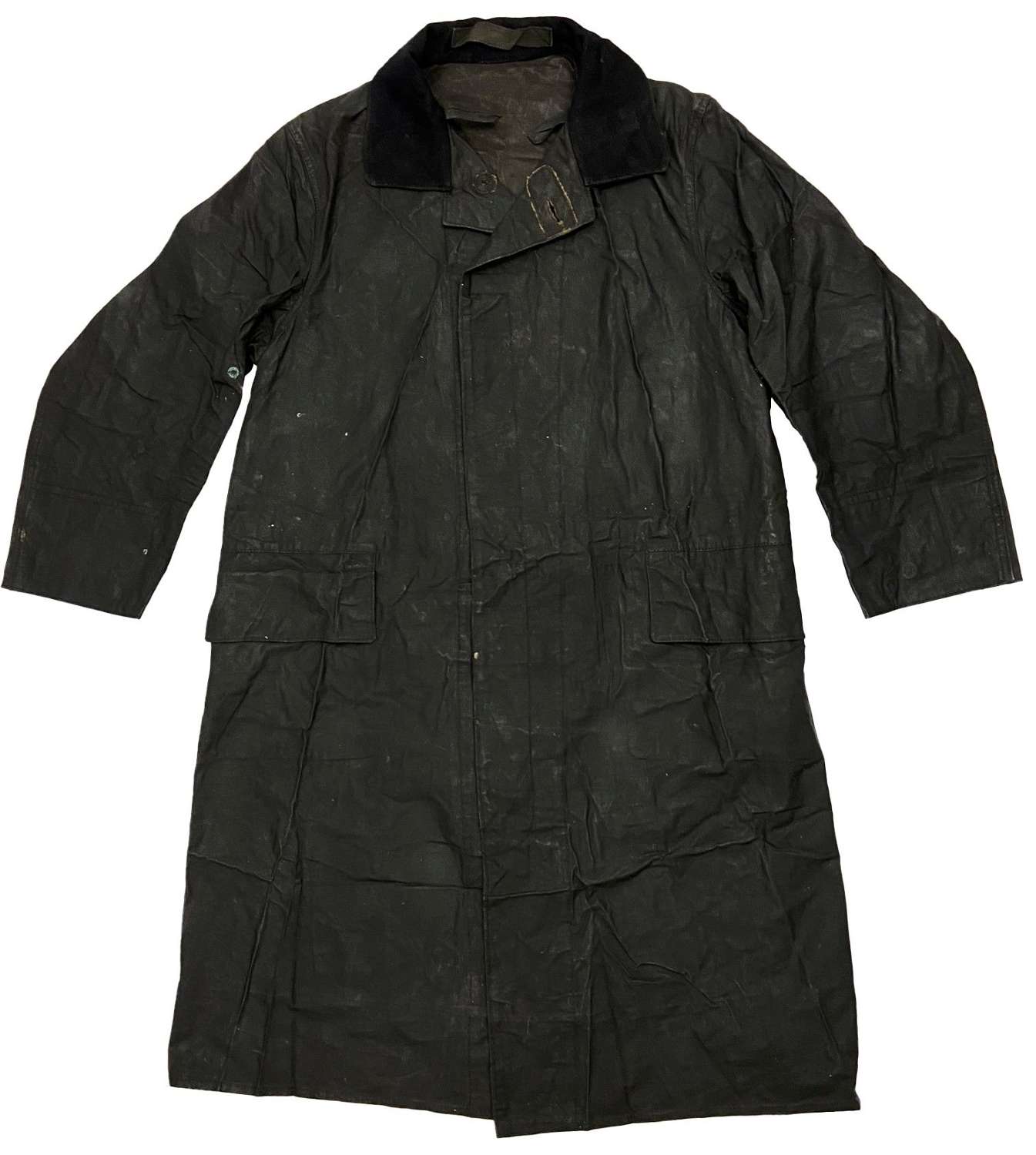 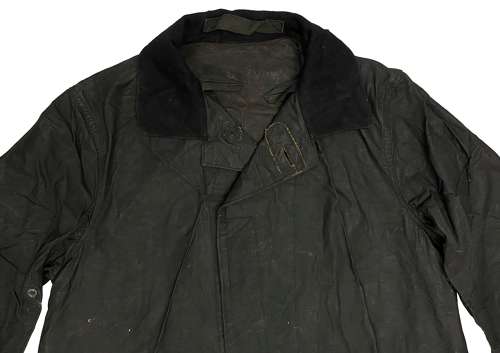 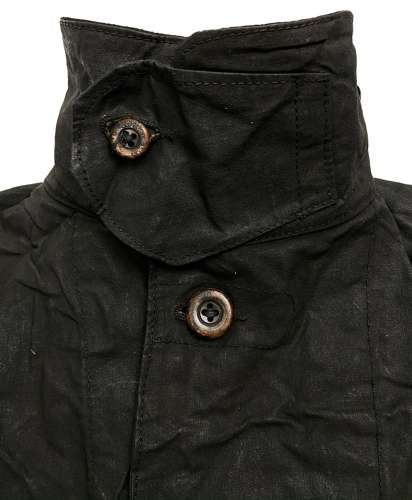 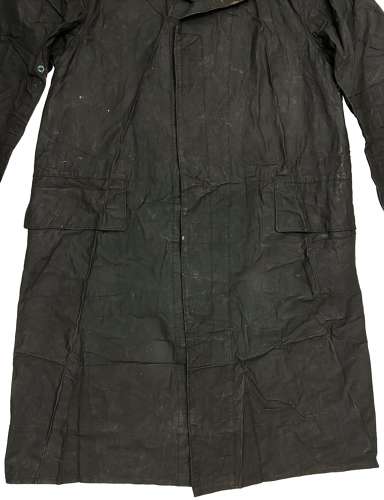 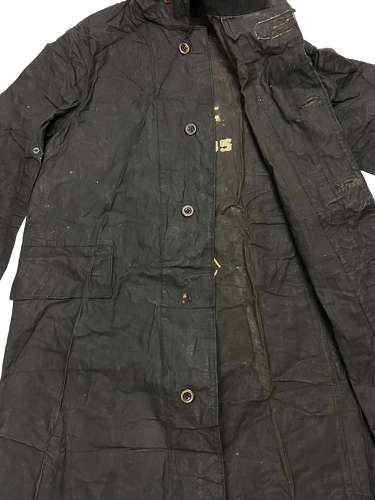 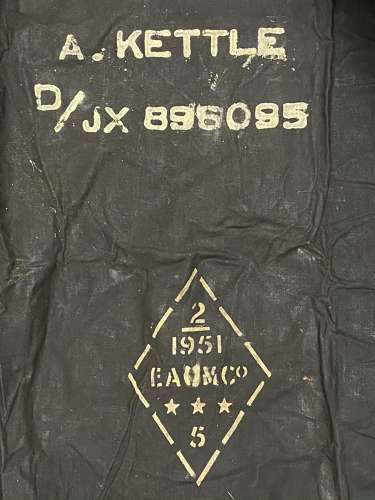 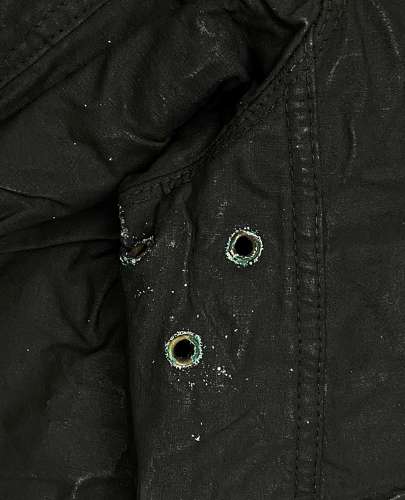 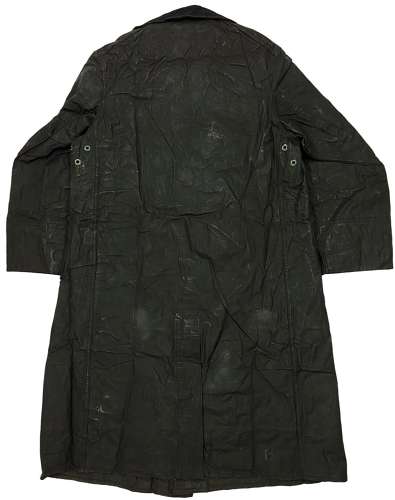 This coat appears to be an anti-gas item. It is made from a linseed proofed cloth which has the same tacky texture as the gas capes used by the British Army during the Second World War. It also features an internal marking with three stars which is often seen on wartime anti gas clothing. The coat is the same style as the oilskin coats worn on deck and may well have been used as a waterproof coat in the same way the British Army used their gas capes to stay dry. The coat features a full button front and an integral throat latch which fastens the coat around the wearers neck. Two flapped pockets are located to the front and metal eyelets can be found under each arm.

Inside the coat the original maker's mark is present and bears the 1951 date as well as the aforementioned three star marking. The original owner has added his name above this which reads A. Kettle D/JX896095.

The coat is in good condition for its age with some signs of wear etc. There is a button missing to the front and oxidisation to the metal underarm vents. Overall it appears to be sound but is a vintage, pre-worn item so may have small issues commensurate with age.