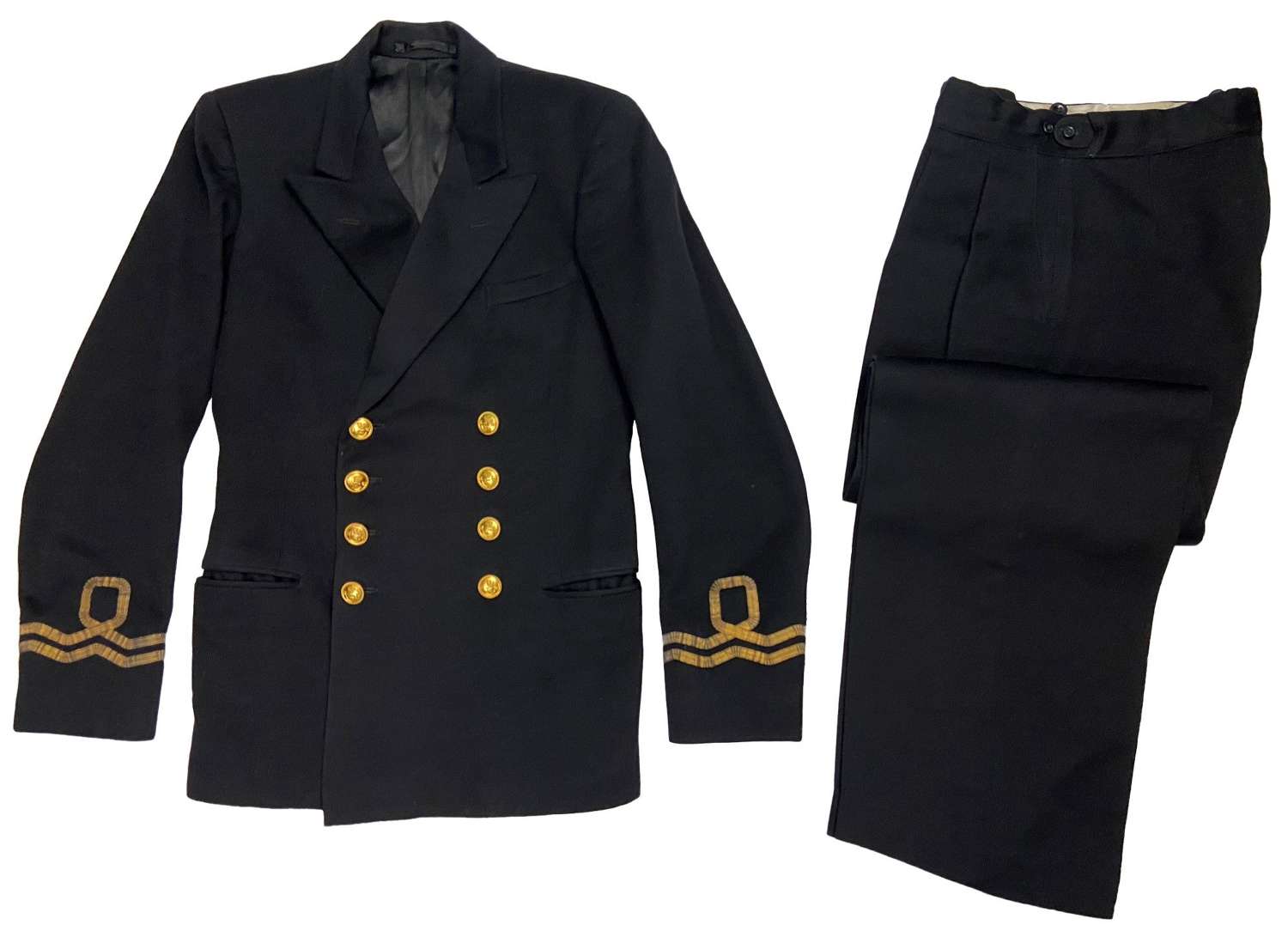 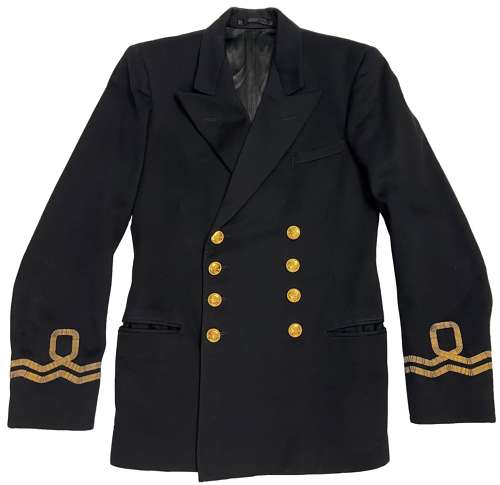 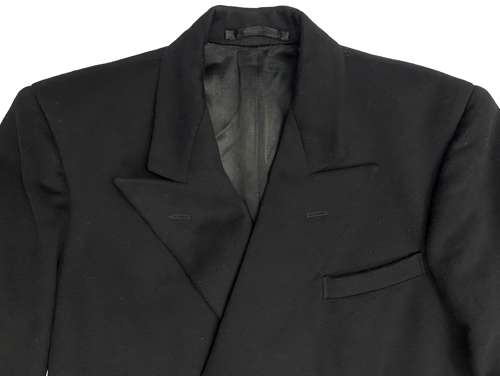 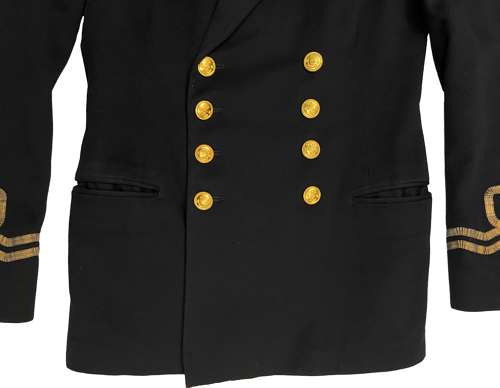 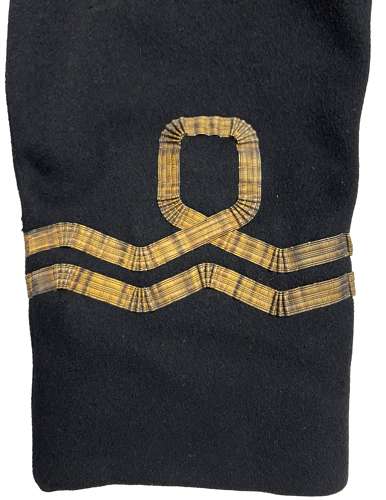 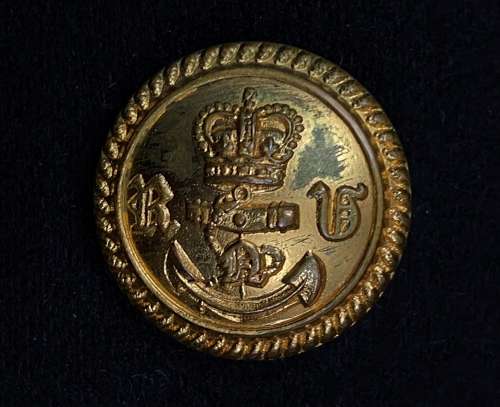 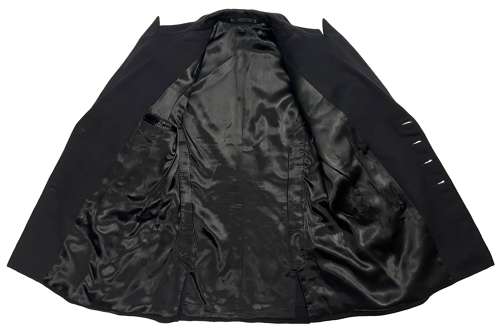 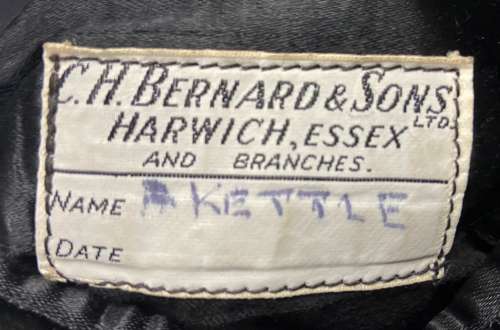 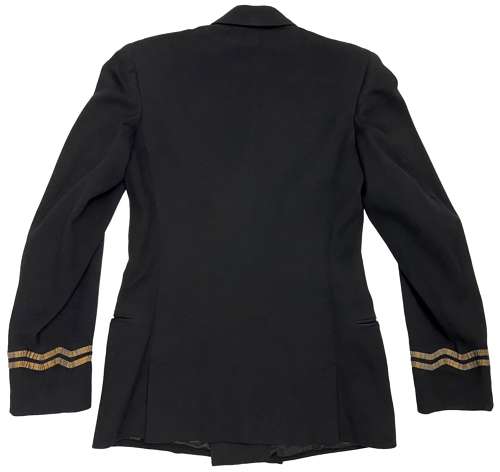 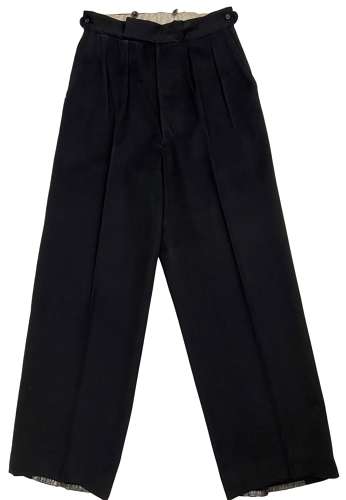 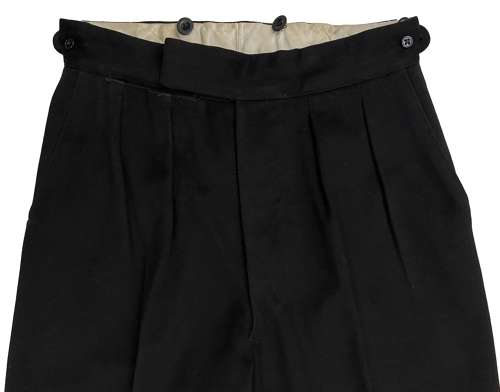 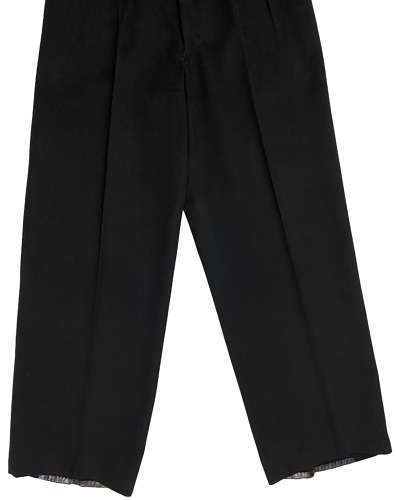 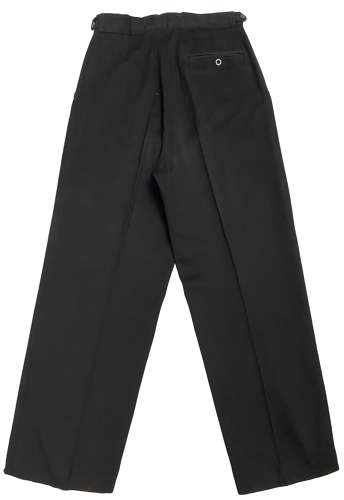 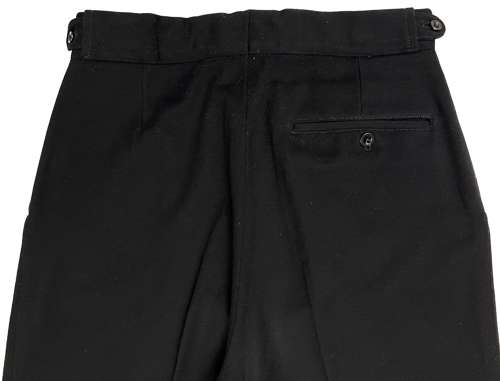 An original Royal Navy Volunteer Reserve officers uniform dating from the 1950s which belonged to A. Kettle who served during the Second World War.

This set consists of an officers No.5 Undress Coat (often referred to as 'Reefer' or 'Monkey' coat) and matching trousers, both made from black melton wool. The coat features two rows of four buttons, a notched lapel and turn down collar as well as two welt pockets to the lower portion and another to the breast. The cuff features gold bullion denoting the rank of a Lieutenant serving with the Royal Navy Volunteer Reserve. The jacket is fitted with brass Queen's crown Royal Navy Reserve buttons.

The interior of the jacket is fully lined and features an interior pocket. The tailors label is still present inside the pocket and states the maker's name as 'C. H. Bernard & Sons' of Harwich. The original owner's name 'A Kettle' has been added in ink.

The trousers are typical of the period featuring a high rise waist, button fly and wide leg. Waist adjusters are present and are of the style which came into use with British tailors in the 1940s and are very common to find on trousers from the 1950s. Slash pockets are located to each hip and a single pocket can be found at the rear. The front of the trousers feature twin pleats and buttons are fitted around the inside of the waistband to which braces can be attached.

The set would suit someone of around a 34-36" chest and a 28" waist. The waist can be brought in on the trousers using the waist adjusters. When laid flat the suit measures -

Both the jacket and trousers are in good condition. There are only limited signs of wear and use and overall the set displays very well.

A nice original uniform which would make a good stand in for a wartime example after changing the buttons.