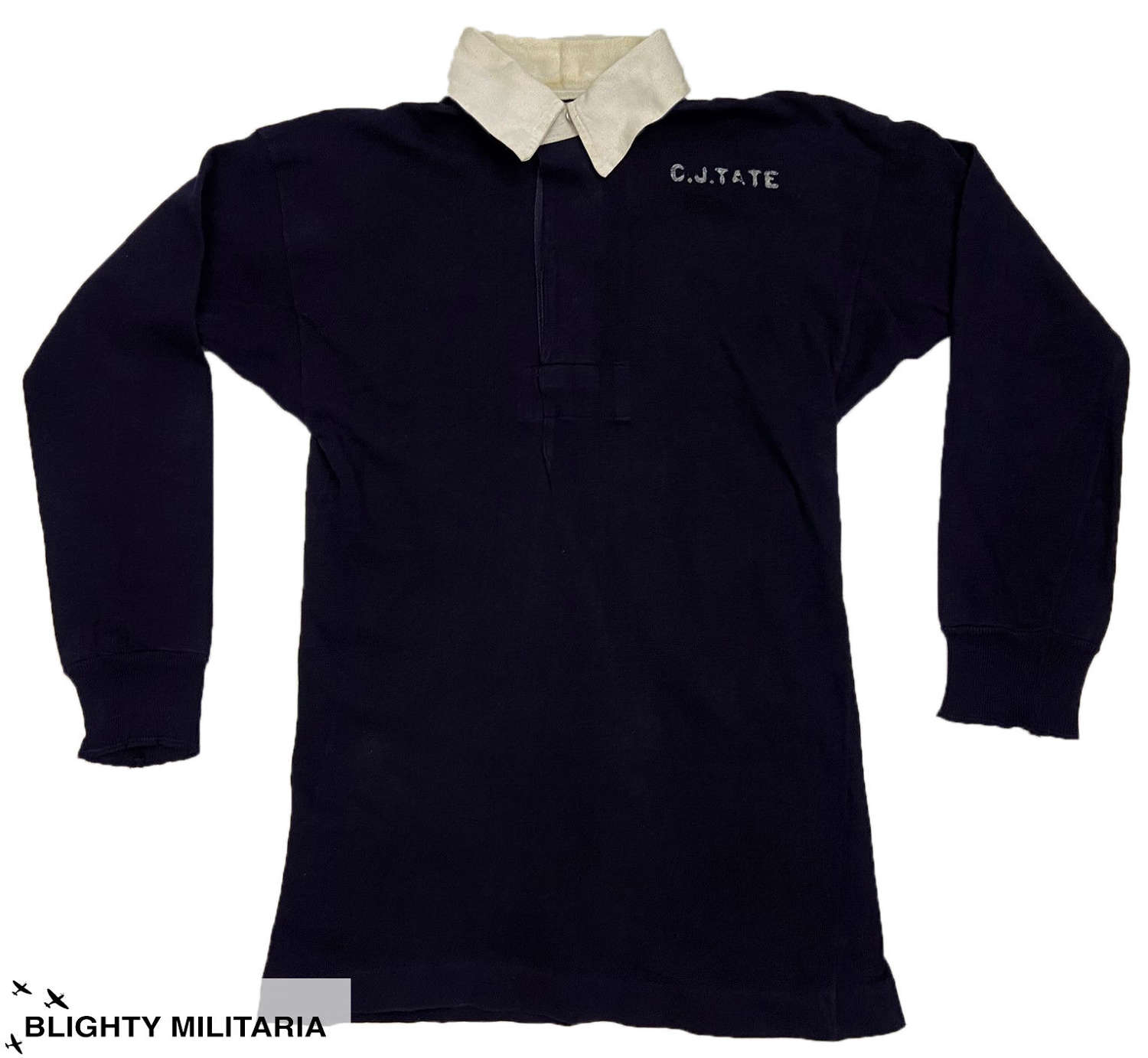 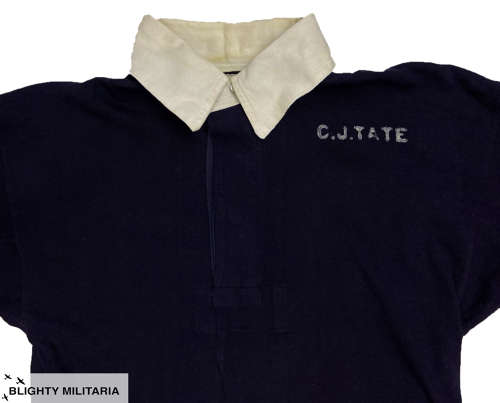 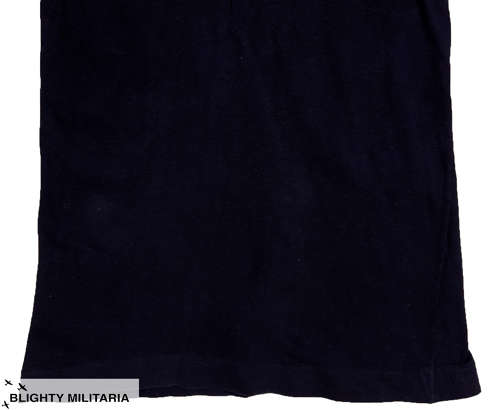 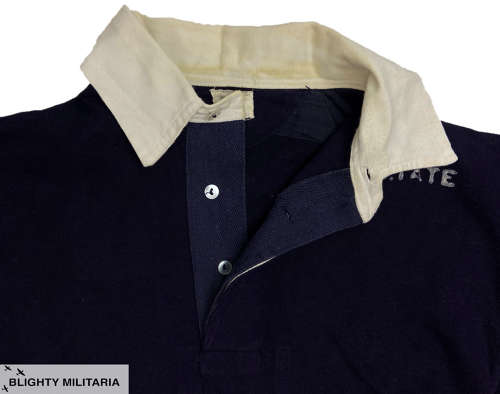 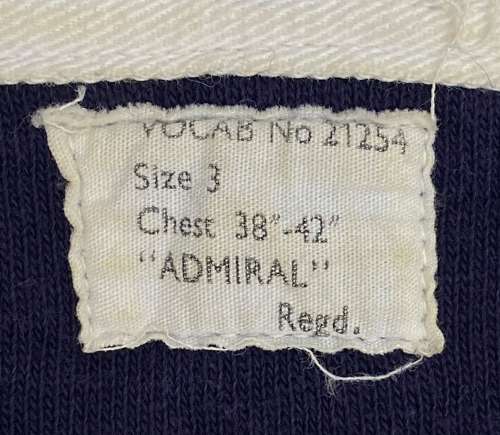 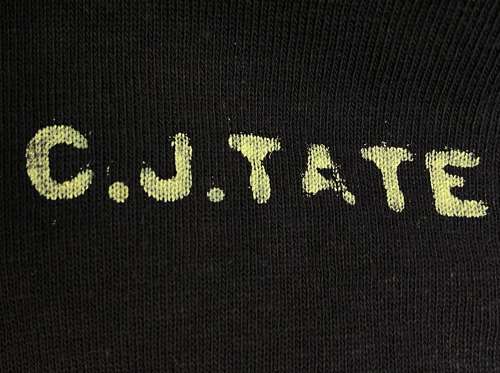 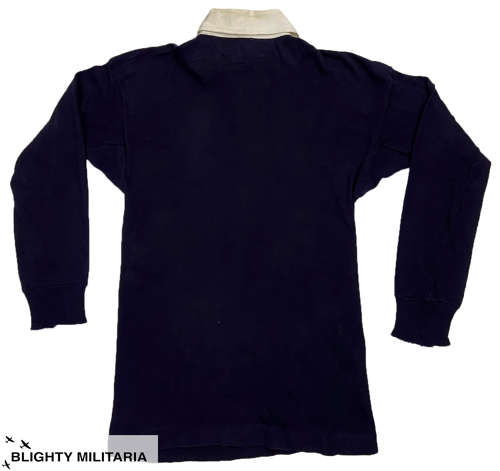 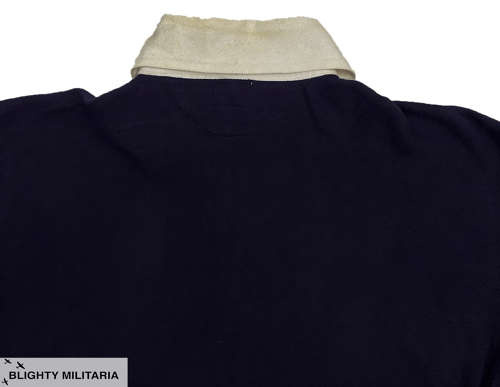 An original British Royal Navy sports top made by Admiral in the 1950s.

This style of sports shirt was extremely popular in the U.K throughout the mid century period and was made for the civilian market as well as for the military. They were used for a variety of sports including football and rugby and have a clear lineage with the modern rugby shirt.

This example was made by 'Admiral' for the Royal Navy in the 1950s or possibly the 1940s. It is made from a navy blue coloured wool cotton mix and features a white coloured cotton collar and a three button front. The original owner has stenciled his name to the front which reads 'C. J. Tate'. Inside the shirt the original label is still present and bears the Vocab number of 21254, the size of 3 and the maker's name 'Admiral'.

The shirt is in good condition with some signs of wear and age. Please study the pictures provided.