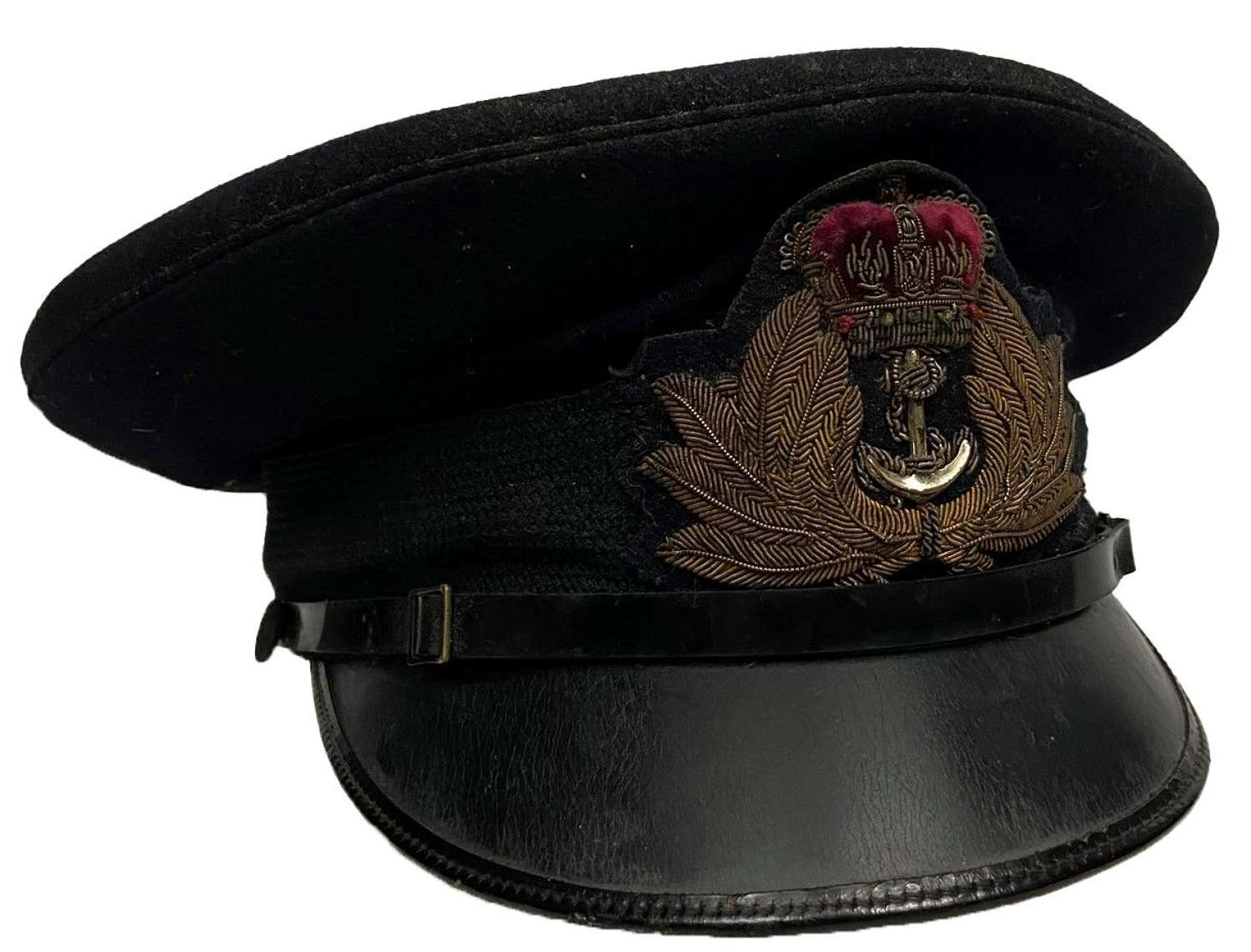 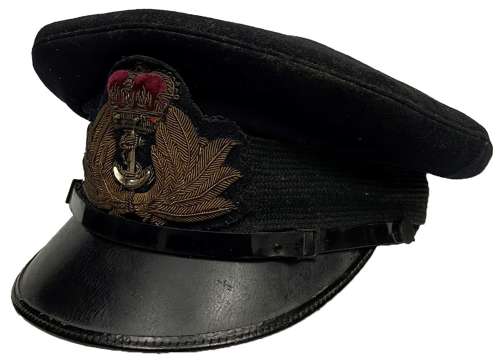 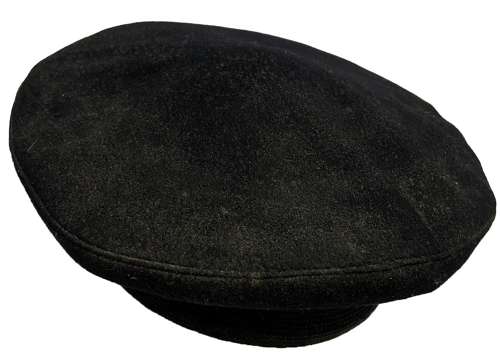 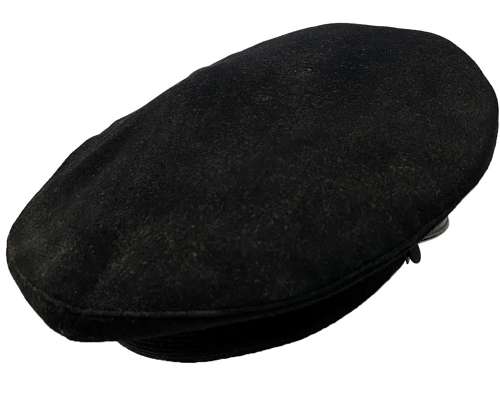 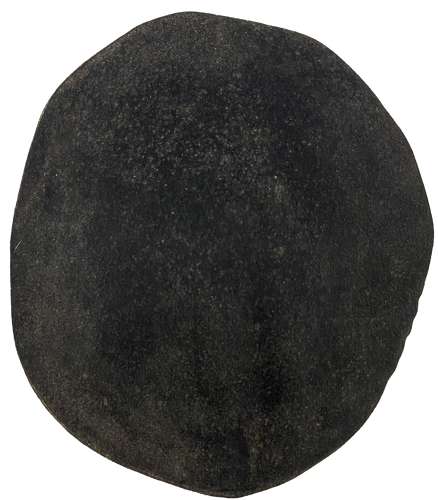 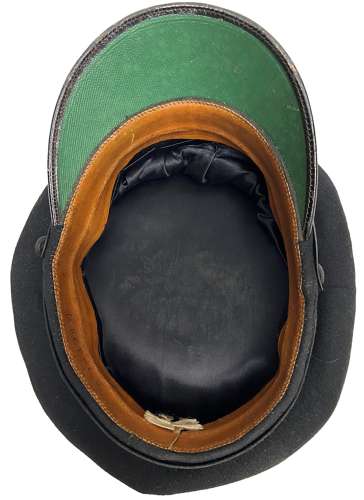 This pattern of cap was officially called the officers 'Blue Cap' and saw service for many years. This example is typical of 1940s and 1950s examples being made from black wool and featuring a black patent leather peak which has a green underside. A patent leather chin strap is held onto the cap cap with two black fabric covered buttons. A mohair band is fitted around the cap to which a bullion Queen's cap badge is fitted. A brown leather headband is fitted inside the hat and the interior is fully lined.

The hat is in good condition and has been well looked after. The exterior, particularly the top, shows signs of heavy soiling from outdoor wear - no doubt a sign of the owner's long service!

A nice Cold War period cap which would make a great addition to any Royal Navy or hat collection.