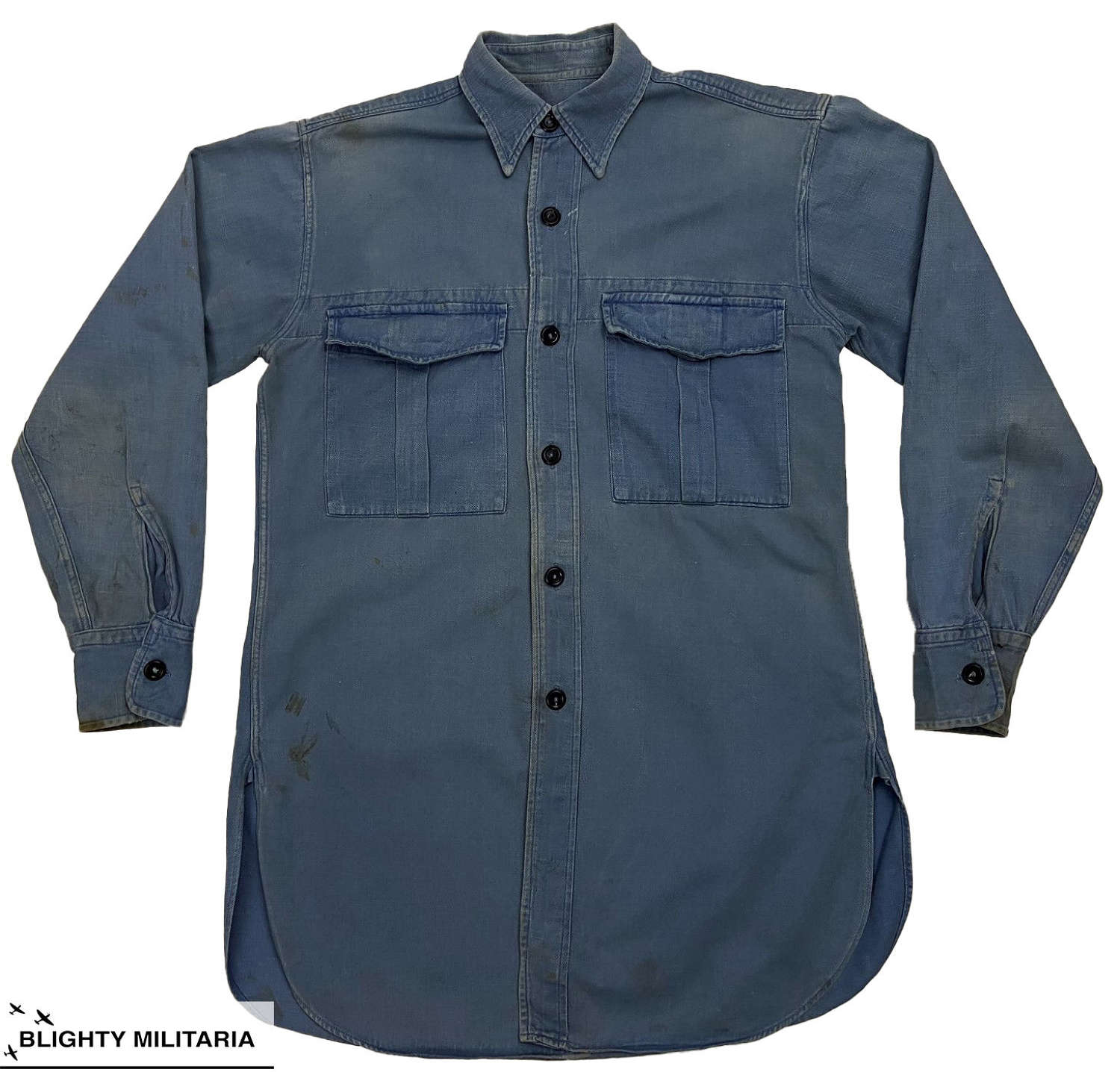 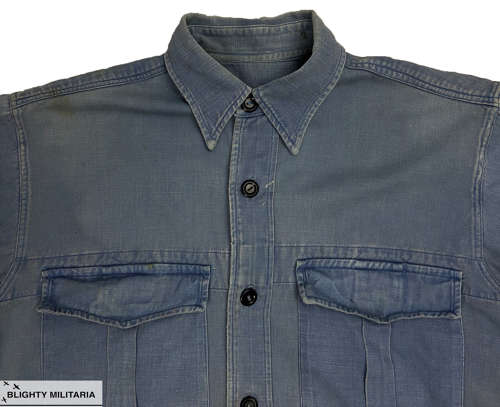 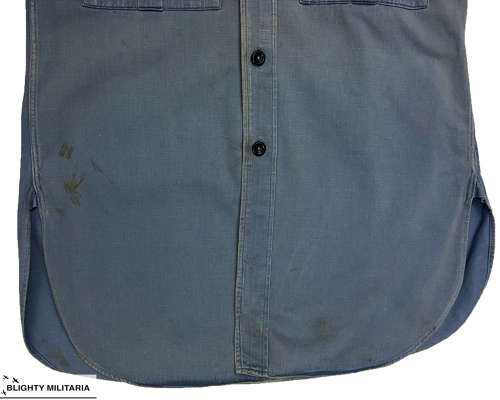 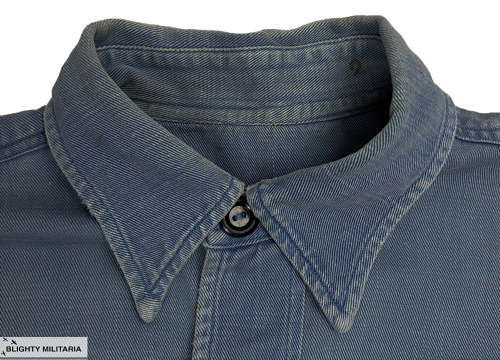 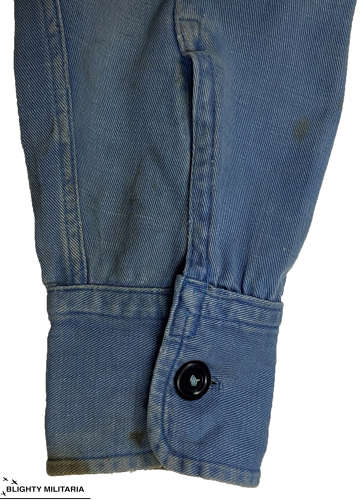 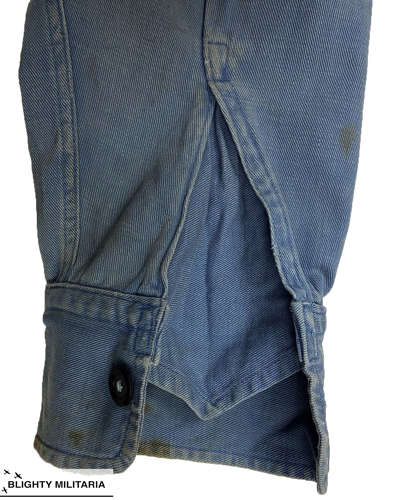 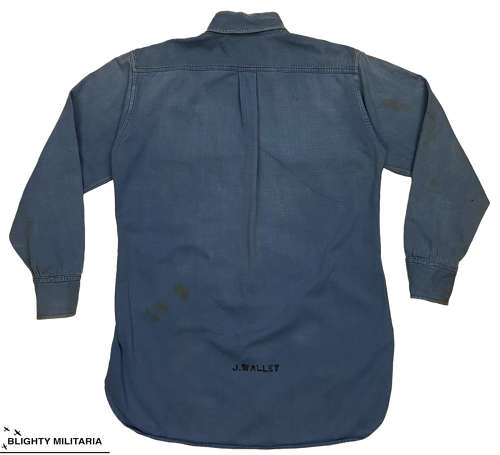 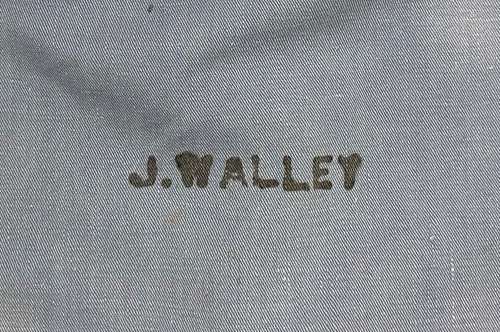 The Action Working Dress uniform was introduced in 1945 and saw widespread issue. This shirt is the second pattern which was introduced in the 1950s and differs from earlier pattern as it has pleated breast pockets with flaps and concealed buttons. It was worn with the dark blue coloured Action Working Dress Trousers which were clearly based on the US Navy chambray shirt and dungarees. This dress became the standard working dress in the post-war period and was often referred to as No.8 Dress.

The shirt is made from a sky blue coloured cotton twill and features a full button front which fastens with black plastic buttons. The cuff also fastens with the same type of button and the original owner has marked his name to the rear which reads 'J. Walley'. Inside the neckband of the shirt there is a stamp with the number 2 which denotes the size.

The shirt is a smaller size which will suit someone of around a 34-36" chest depending on desired fit. When laid flat it measures -

The shirt is in worn condition but still has plenty of life in it. The fabric is still strong and it displays well. There is fading, signs of wear and some staining' all of which add to the shirt's character. Please study the pictures before purchasing and bear in mind that this is a vintage, pre-worn shirt with small issues commensurate with age.

A nice original 1950s shirt which is hard to find today!