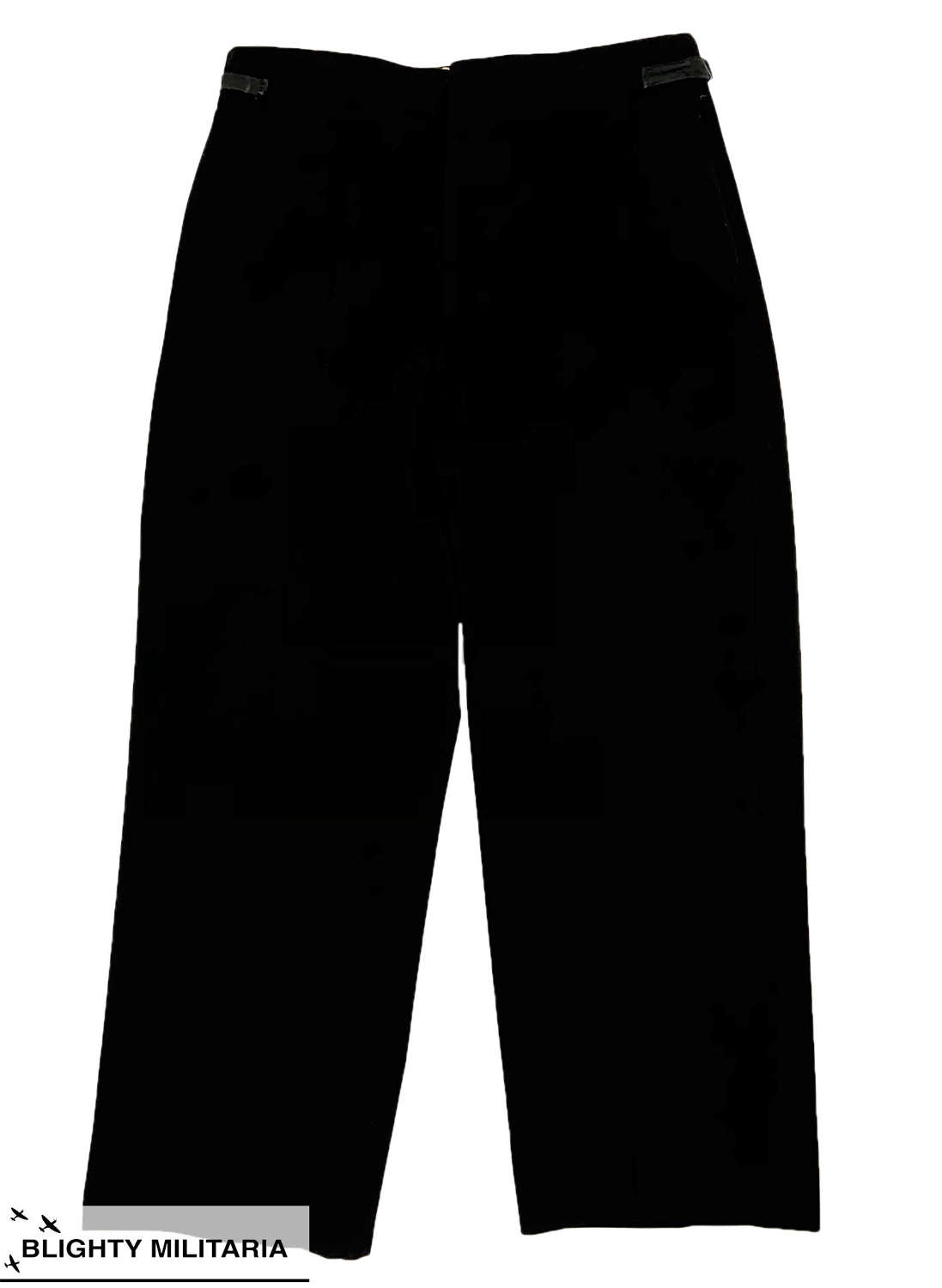 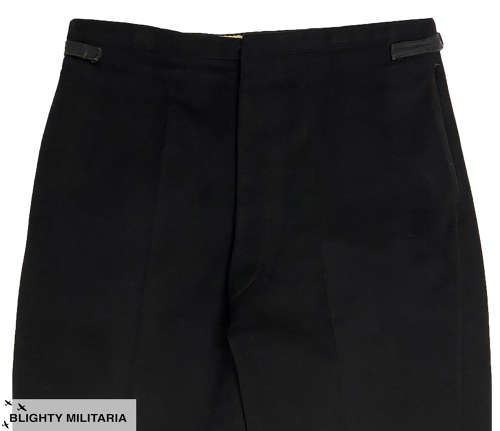 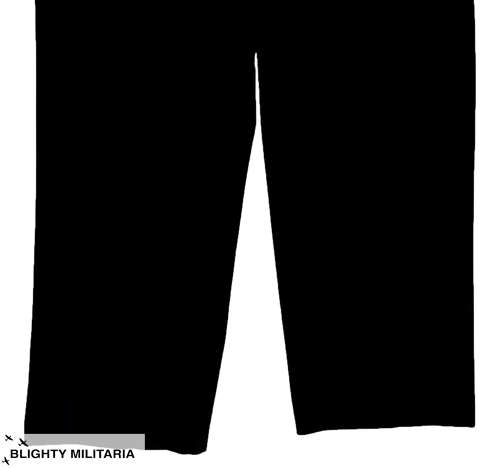 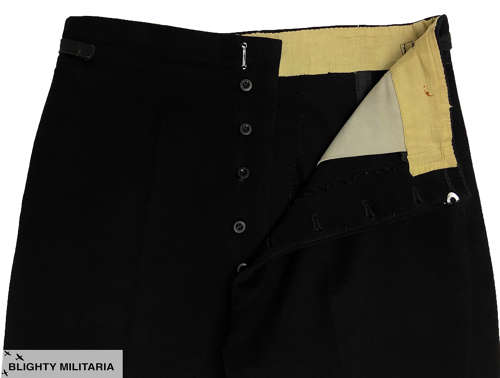 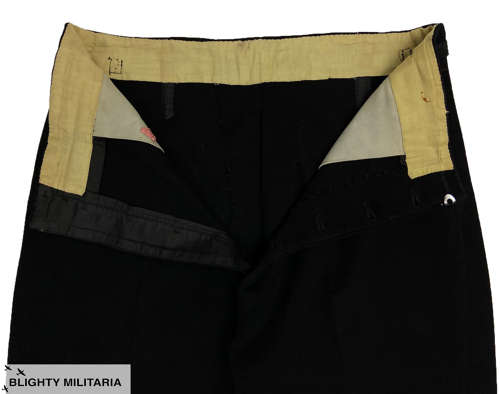 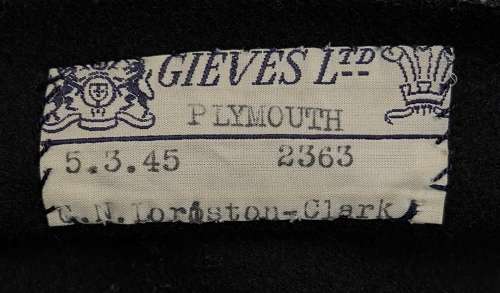 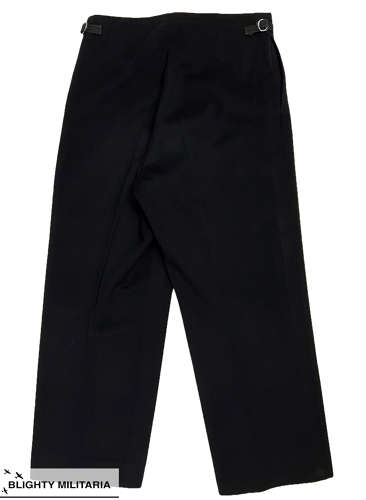 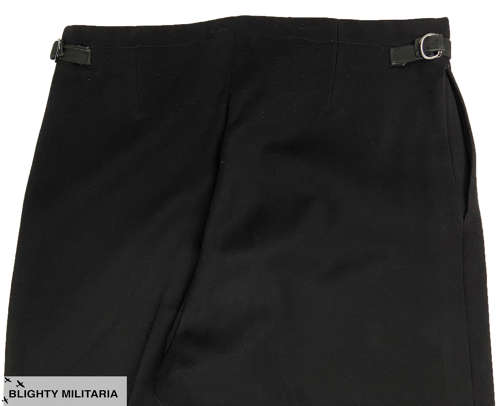 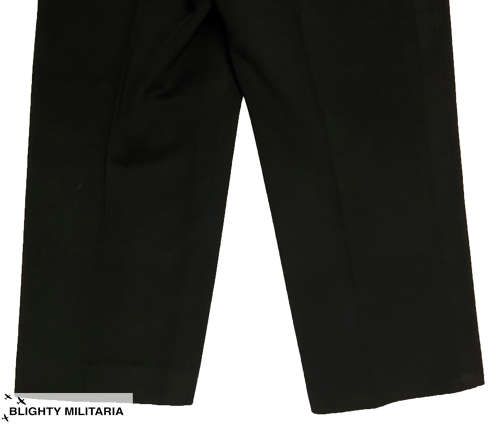 A nice original pair of Royal Navy Officers No. 5 Dress trousers made by 'Gieves' in 1945 for Geoffrey Neame Loriston-Clarke.

The trousers are typical of those worn by officers throughout the Second World War. They are made from a black melton wool and feature a high rise waist with button fly. Waist adjusters are present and appear to be a later addition as they are made from a contrasting fabric. Inside the trousers the original label is present and bears the makers name of 'Gieves' along with the owners name and the date of the 5th of March 1945.

The trousers are in good condition and display well. The only small flaw is that one of the fly buttons is a bit loose.