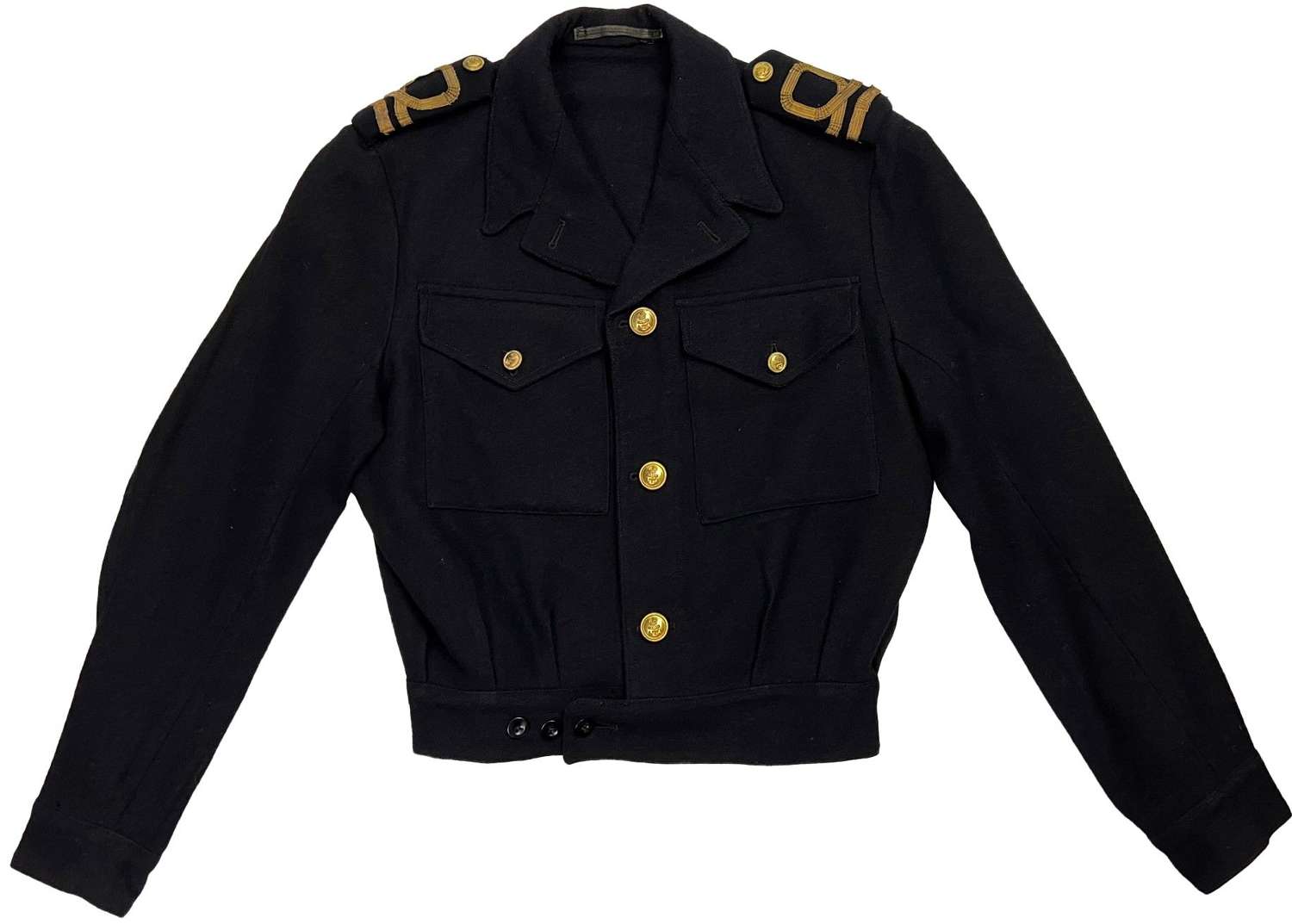 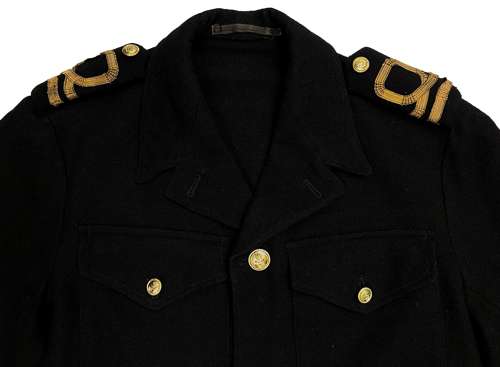 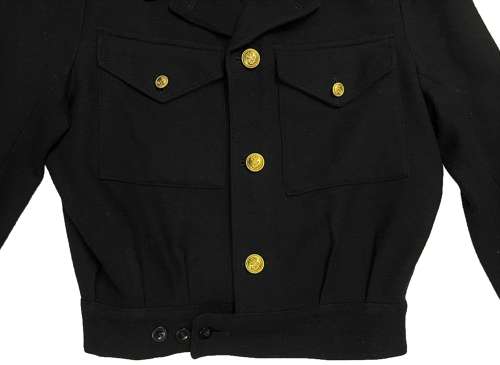 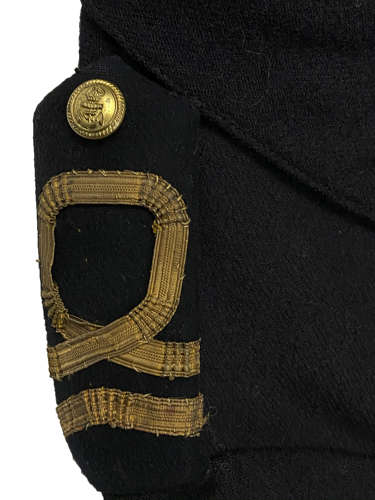 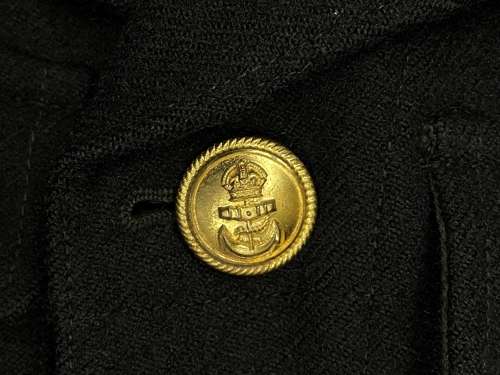 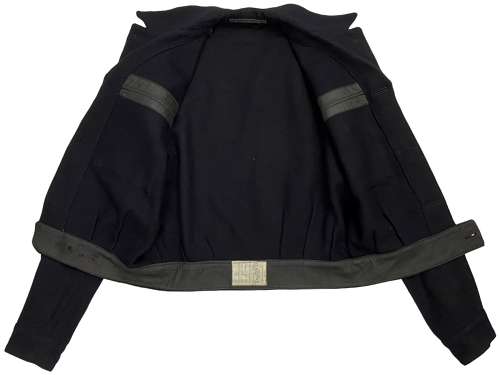 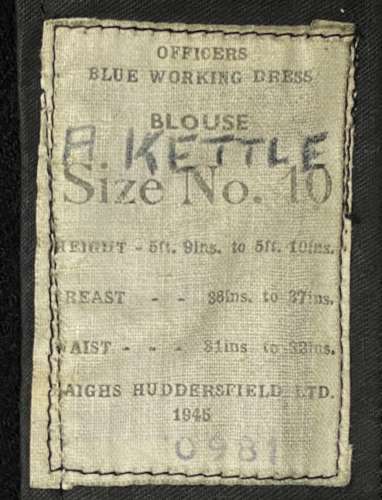 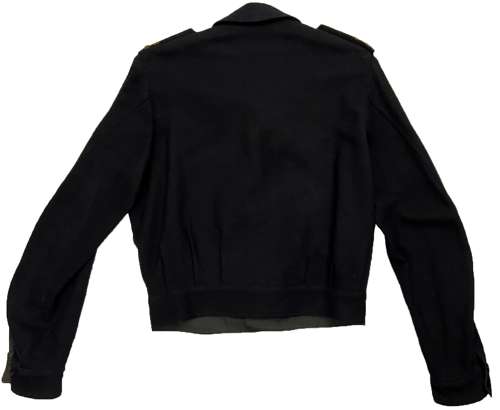 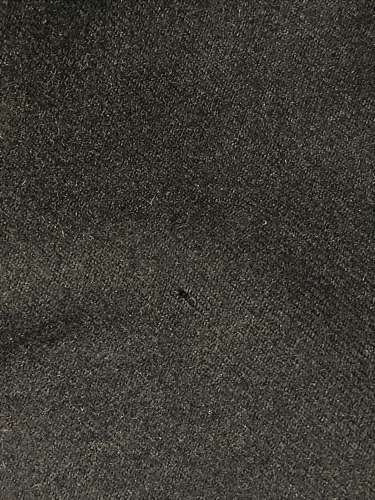 After much resistance from the Admiralty to introduce Battledress, 'Working Dress' was introduced in January 1944 for officers. Made from black serge wool, the blouse was made along the same lines as its British Army and RAF counterparts and is often referred to as 'No.5A Working Dress'.  The jacket features two plain patch pockets and exposed buttons. The front fastens and again has exposed buttons, all of which are gilt examples whilst the waist fastens on one of three plain black buttons. The jacket features a notch lapel and pointed collar which can be fastened across the wearers neck. Epaulettes are fitted to each shoulder and feature gold bullion denoting the rank of Lieutenant.

A nice original wartime dated example which would make a great addition to your collection!