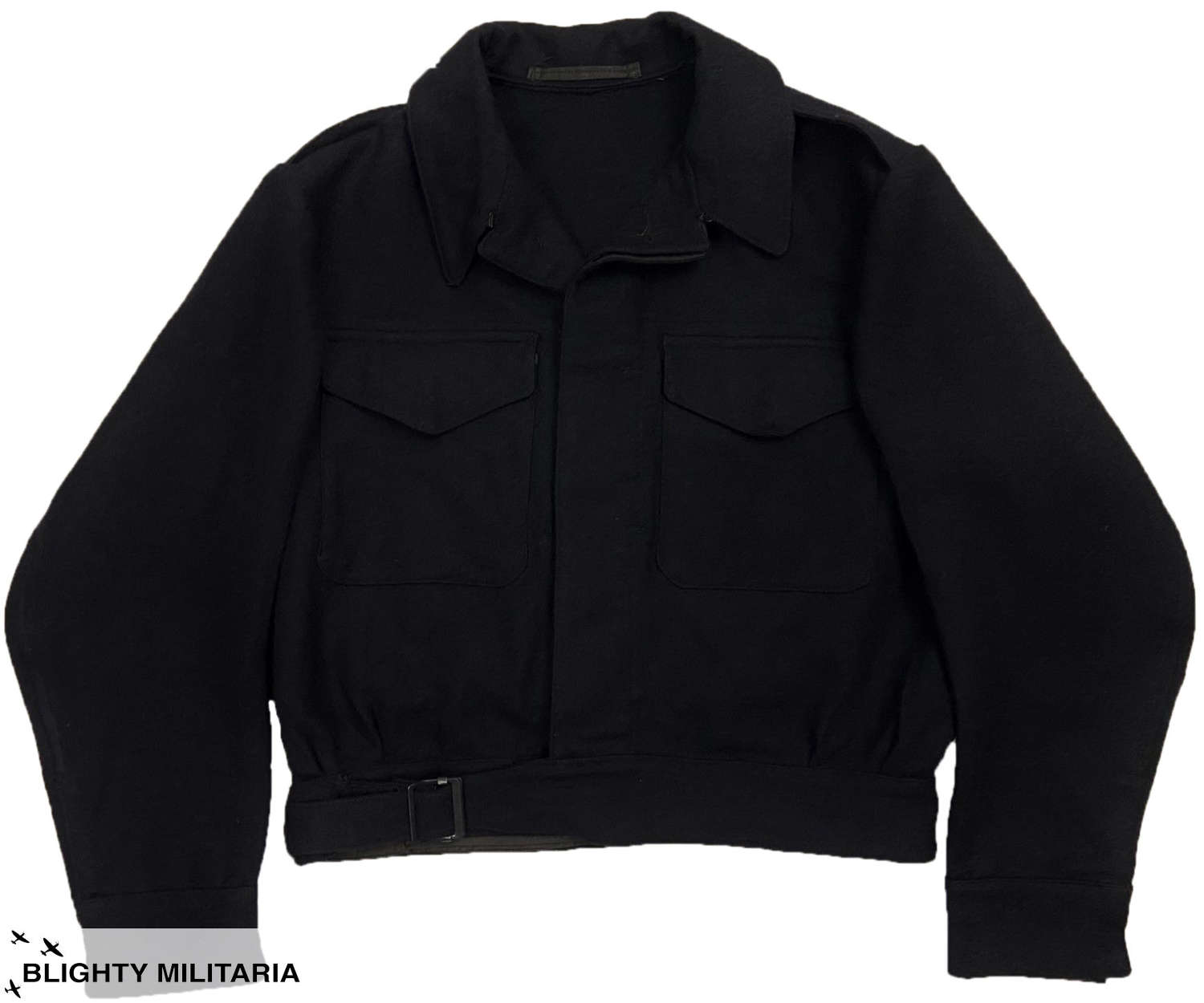 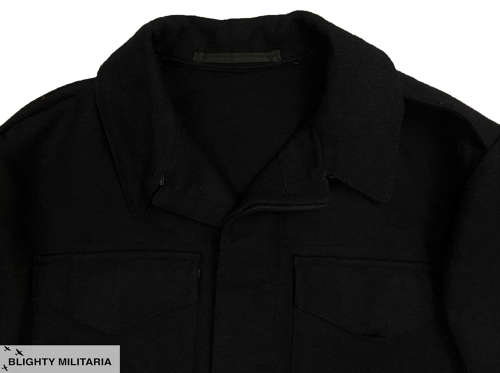 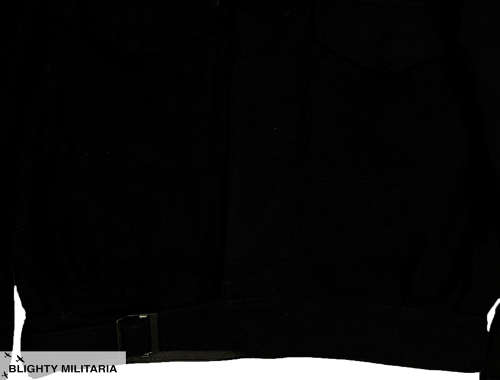 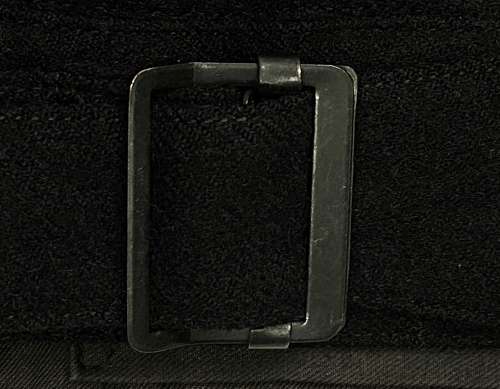 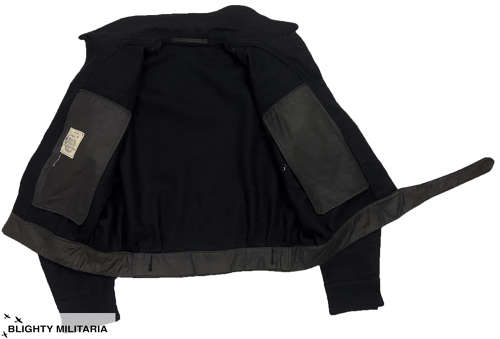 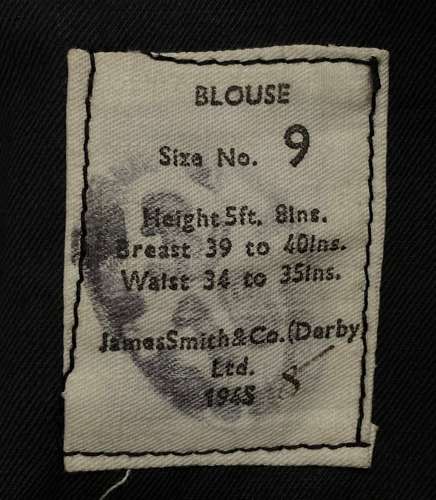 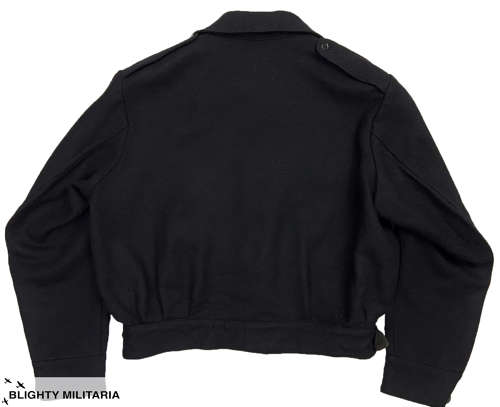 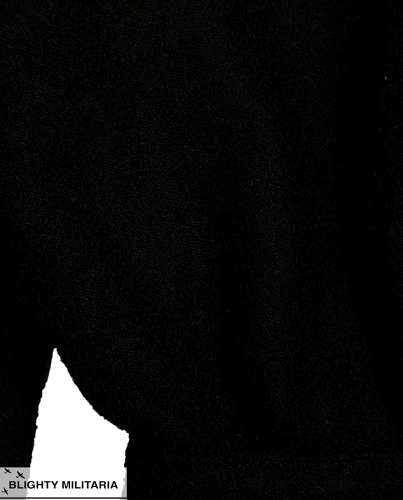 An original 1945 dated Royal Navy Working Dress for Air Crew Blouse in a size No. 9.

This pattern of battledress jacket was introduced in March 1945 for all ranks serving as Air Crew. It was designated as 5B for officers and 3A for Ratings and was based on the standard battledress blouse which had been worn unofficially by flyers for a number of years. It is made from a dark navy blue coloured wool serge and features patch pockets to the chest with fly fronted flaps. The front of the jacket also features a fly, behind which are buttons. The waist belt fastens with a toothed metal button of the same style which was used for British Army and RAF battledress during the same period. The most obvious feature of this pattern of blouse is the collar which is designed to be worn open with a shirt and tie but can be fastened up to the collar.

Inside the jacket the original label is still present and is bright and legible. It bears the simple title of 'Blouse' and the size is marked as 9 which is designed to fit a 39" - 40" chest and a 34" - 35" waist. The manufacturer's name of 'James Smith & Co' is present as is the 1945 date.

The jacket is in good condition overall with some limited signs of wear and use. There is a small hole to the rear as shown in picture 8.

A nice original Royal Navy Jacket with a good label and in a larger size.