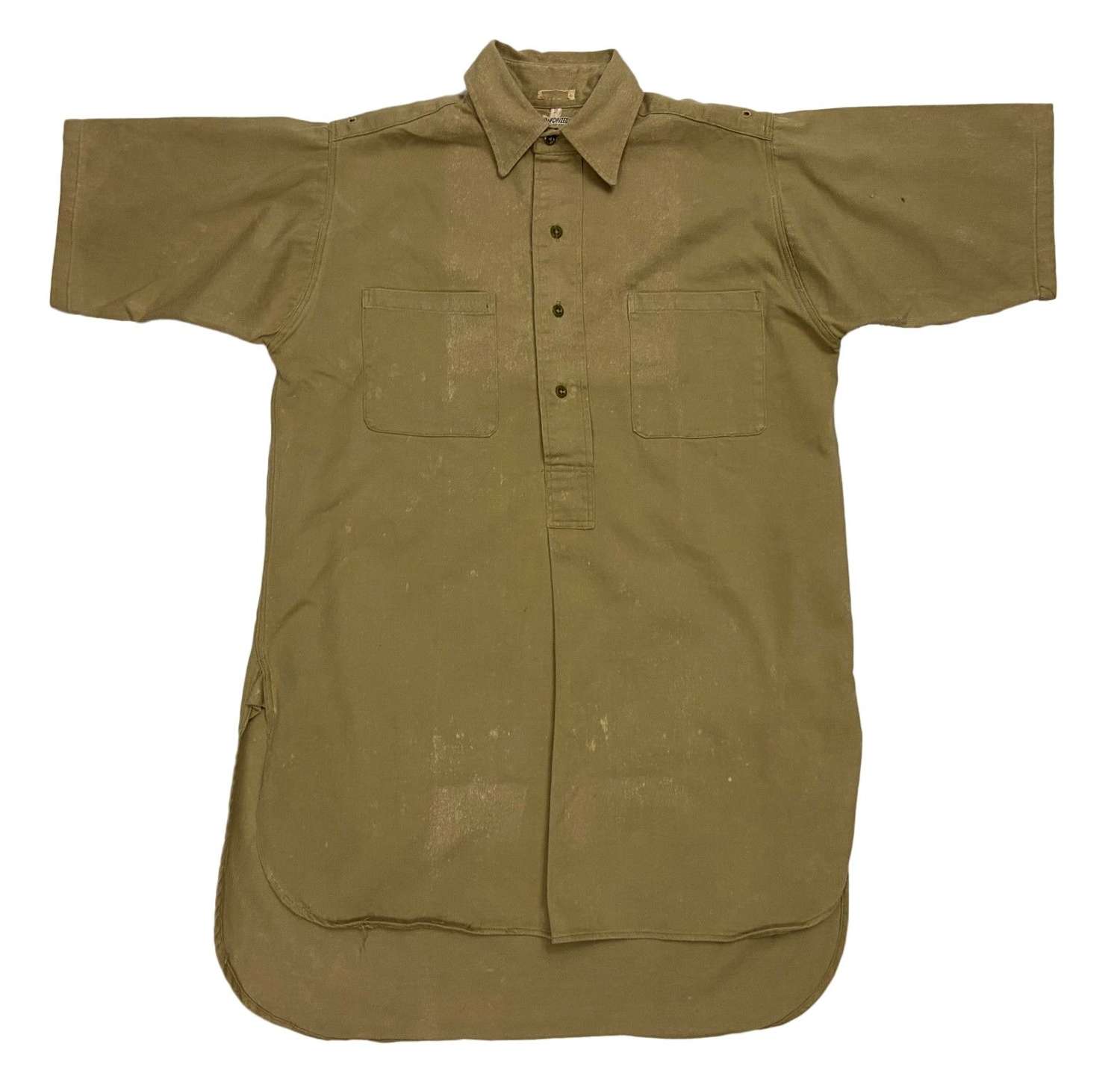 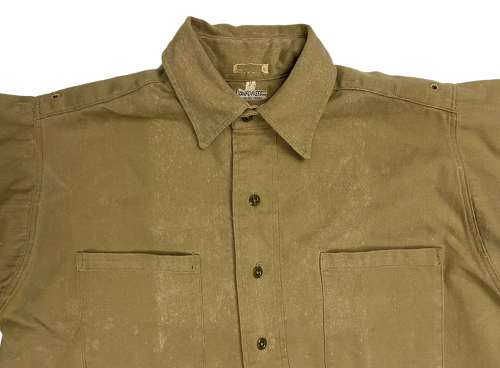 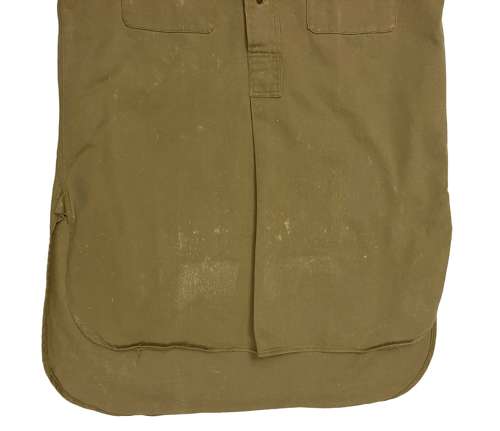 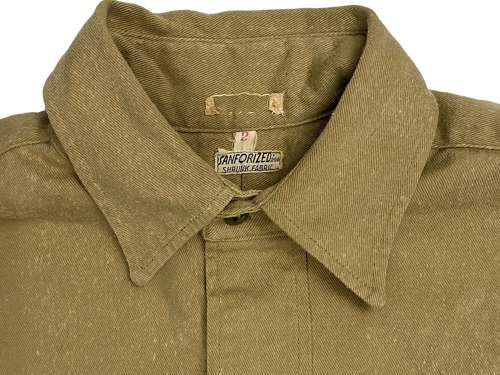 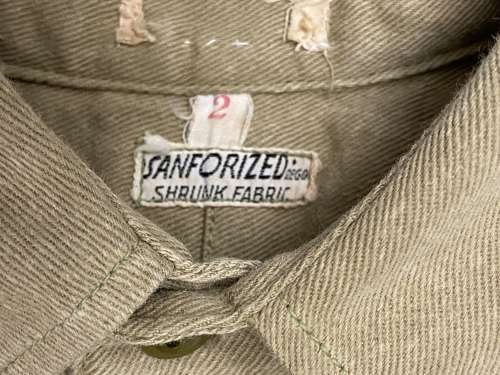 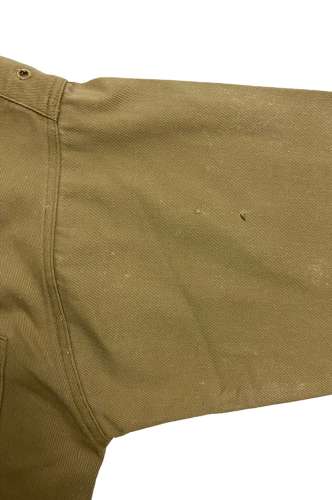 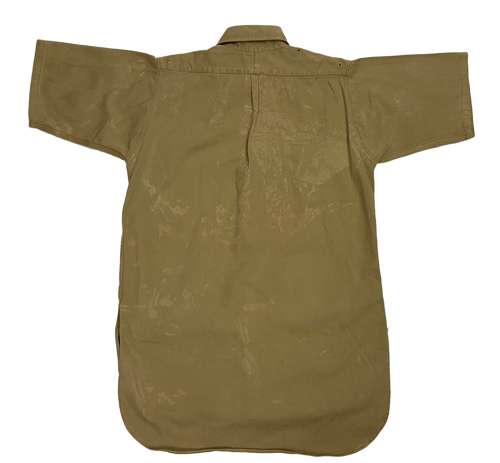 An original and rare example of a Royal Navy Officers Khaki Drill Work Shirt dating from the 1940s.

Whilst the Navy traditionally wore white in the tropics Khaki Drill items such as this started to see issue in certain locations during the Second World War where they were deemed more suitable. This example is cut in the same style as the white Royal Navy Officers work shirt from a cotton drill and featuring patch pockets to the chest, short sleeves and three holes on each shoulder to which rank epaulettes can be fixed.

Inside the collar of the shirt an original label is still present and reads 'Sanforized Regd shrunk fabric'. Above this is a small label which bears the number 2 and relates to size.

The shirt is a smaller size which will most likely suit someone of around a 36" chest, depending on desired fit. When laid flat it measures -

The shirt is in good, wearable condition and displays well considering its age. It does have some staining as can be seen in the pictures and there are a couple of nicks to one sleeve, possibly where a badge has been fitted previously.

A rare pattern of shirt which would make a good addition to any collection.