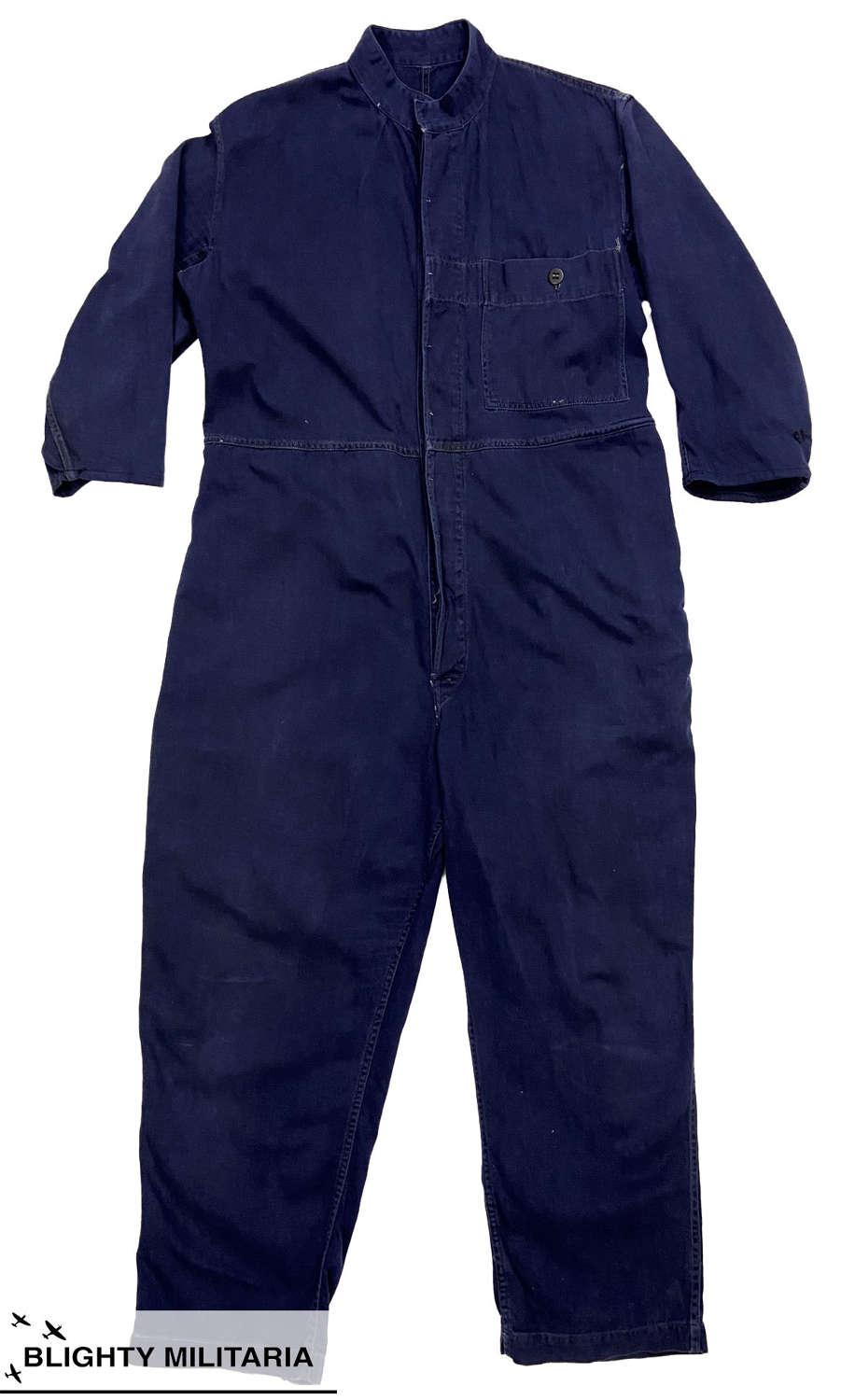 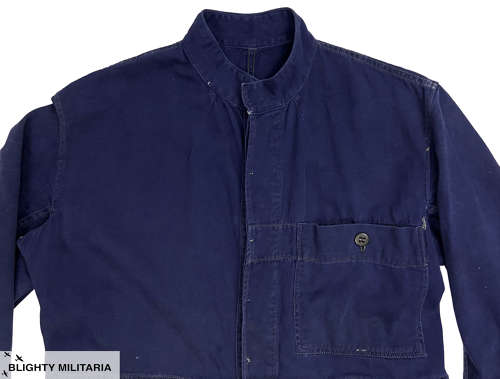 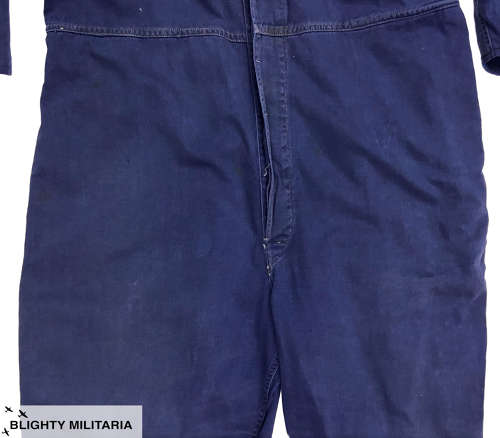 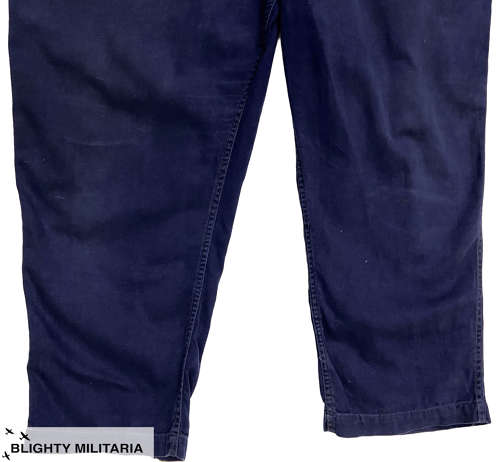 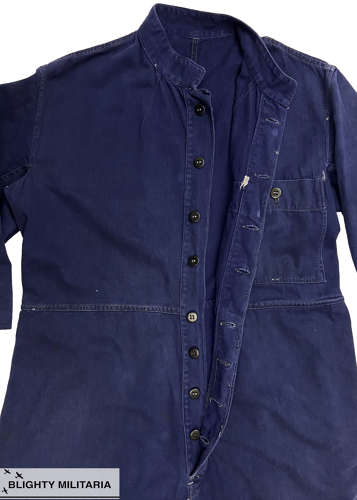 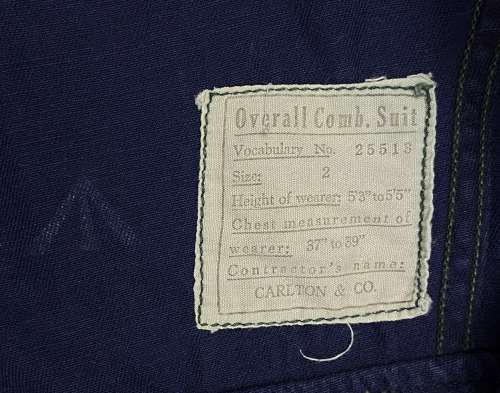 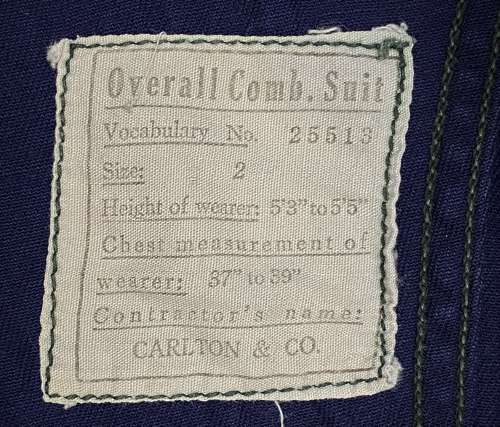 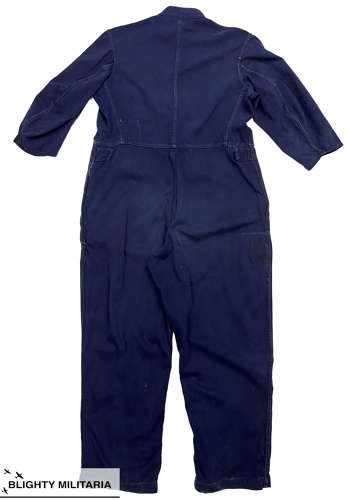 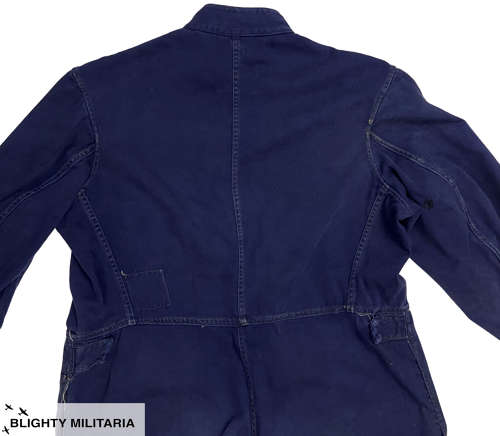 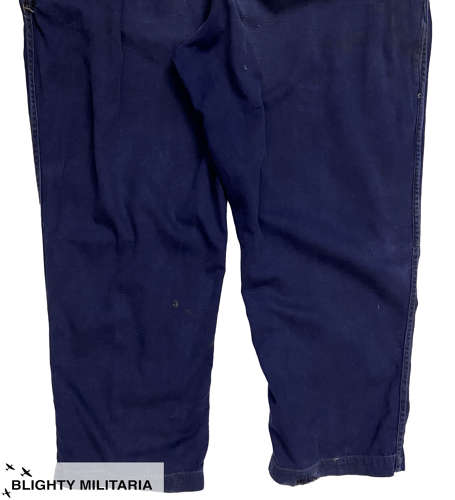 An original pair of rare Royal Navy cotton overalls dating from the 1940s and in good condition.

Officially designated 'Overall Comb Suit', these overalls were introduced in 1939. These examples do not feature the fly button front so are not the first pattern which was only made during 1939 and had exposed buttons. The overalls are made from an indigo blue coloured cotton drill and feature a single breast pocket which fastens with a button. They feature a mandarin collar, short length sleeves and originally had a half belt to the rear which has been removed, as they often were.

Inside the overalls the original label is still present and is bright and legible. It states the size as 2 and the contractor's name as 'Carlton & Co'. Adjacent to the label is a white ink stamp of the War Department broad arrow.

When laid flat the overalls measure -

The overalls are in good condition as can be seen in the pictures. They display well with some signs of wear and age. Please study the pictures before purchasing and bear in mind that they are a vintage pair of overalls which may have small issues commensurate with age.

A nice pair of vintage Royal Navy overalls with a great label.