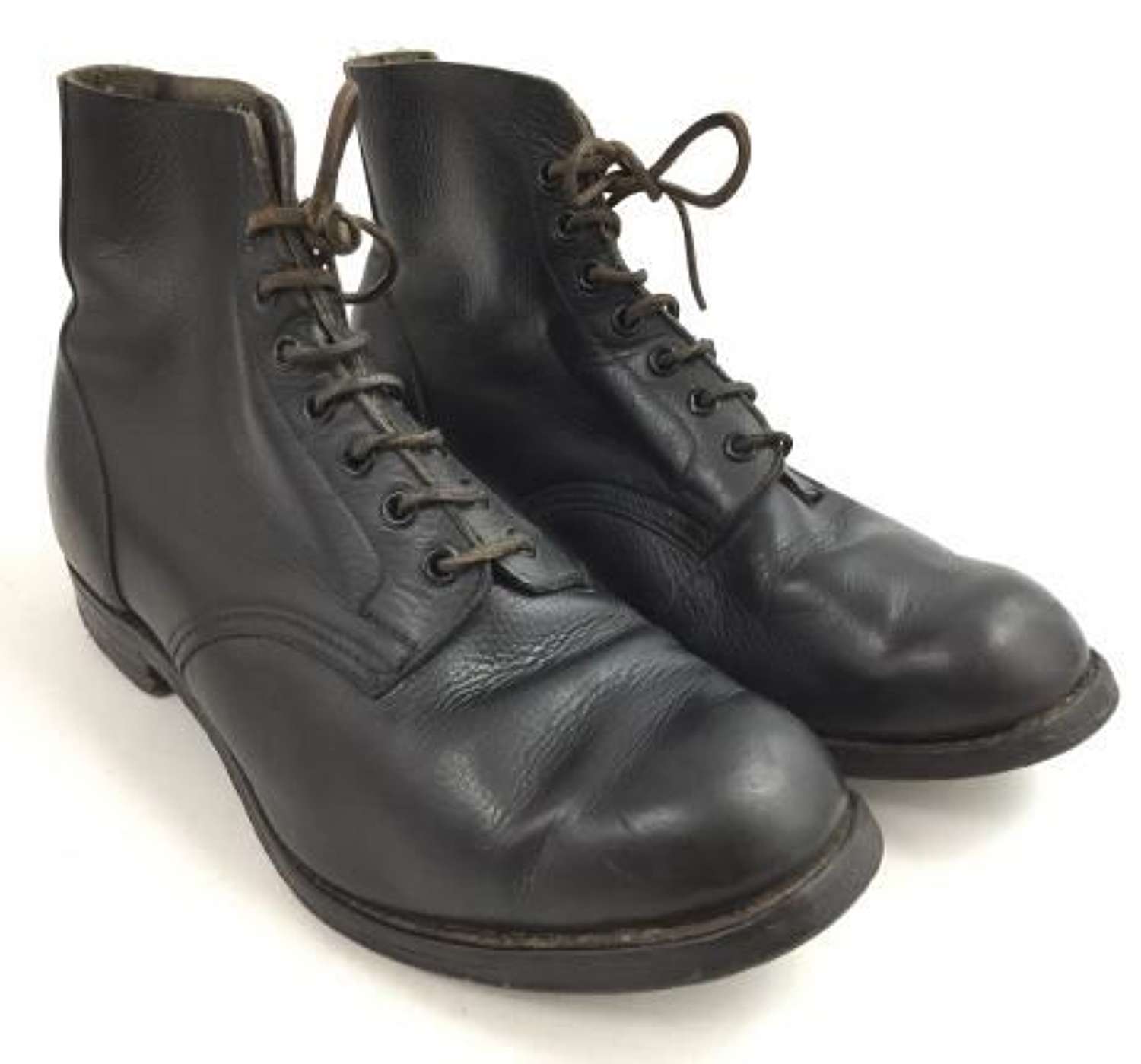 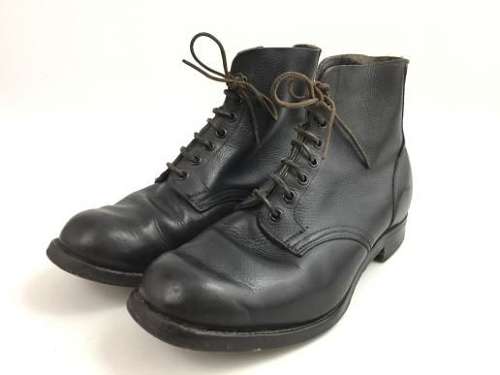 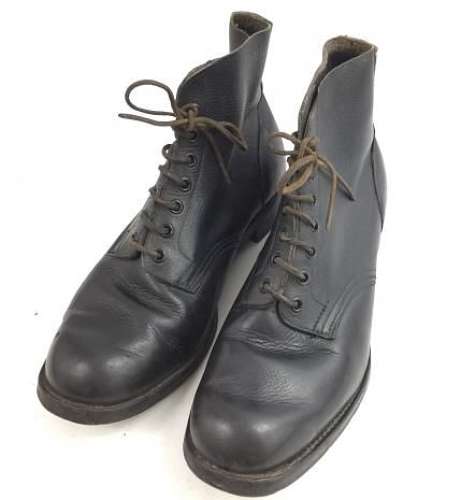 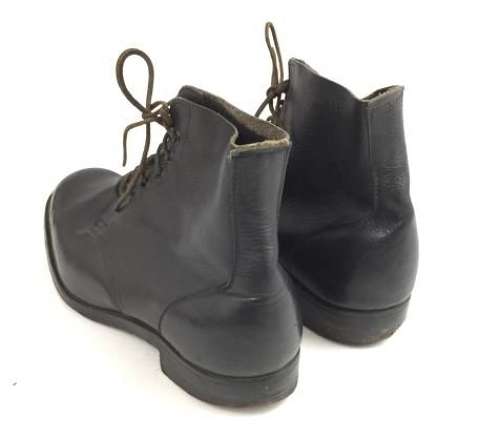 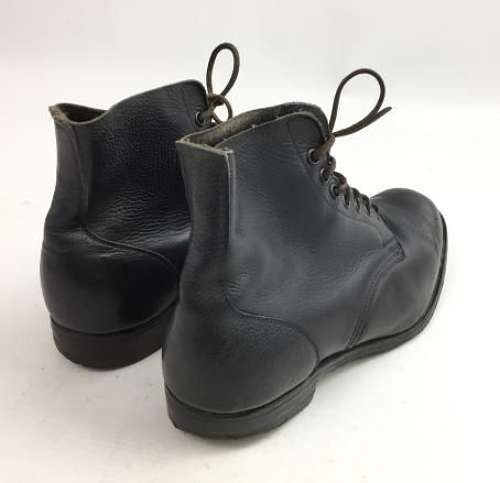 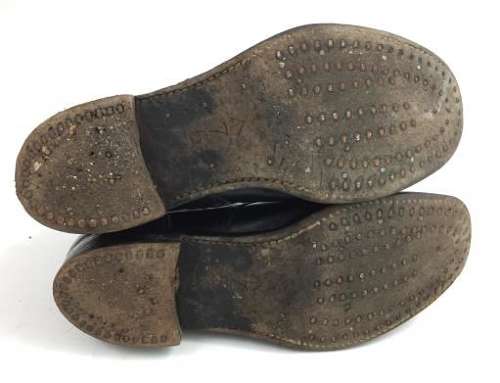 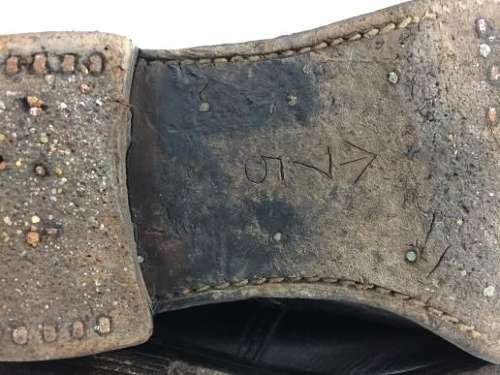 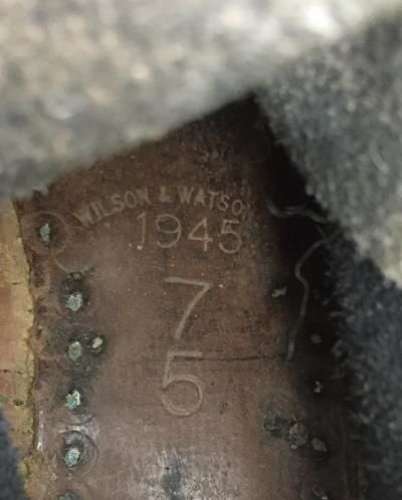 An original pair of War Department marked boots without a toe cap which are clearly dated 1945.

Boots without two caps were used by various British and commonwealth forces throughout the Second World War including the Home Guard, RAF, Canadian Army and the Royal Navy amongst others. I believe this pair are most likely a Royal Navy Issue pair.

The soles feature a War Department broad arrow stamp as well the size 7 marking. Inside the boots are the same markings with the addition of the 1945 date and the makers name 'Wilson and Watson'.

The boots are in good overall condition and display nicely. They have clearly had some wear in the life but there is no damage that I can see.

Overall, a nice pair of wartime dated boots that would suit a number of collections such including Home Guard, RAF and Royal Navy amongst others.