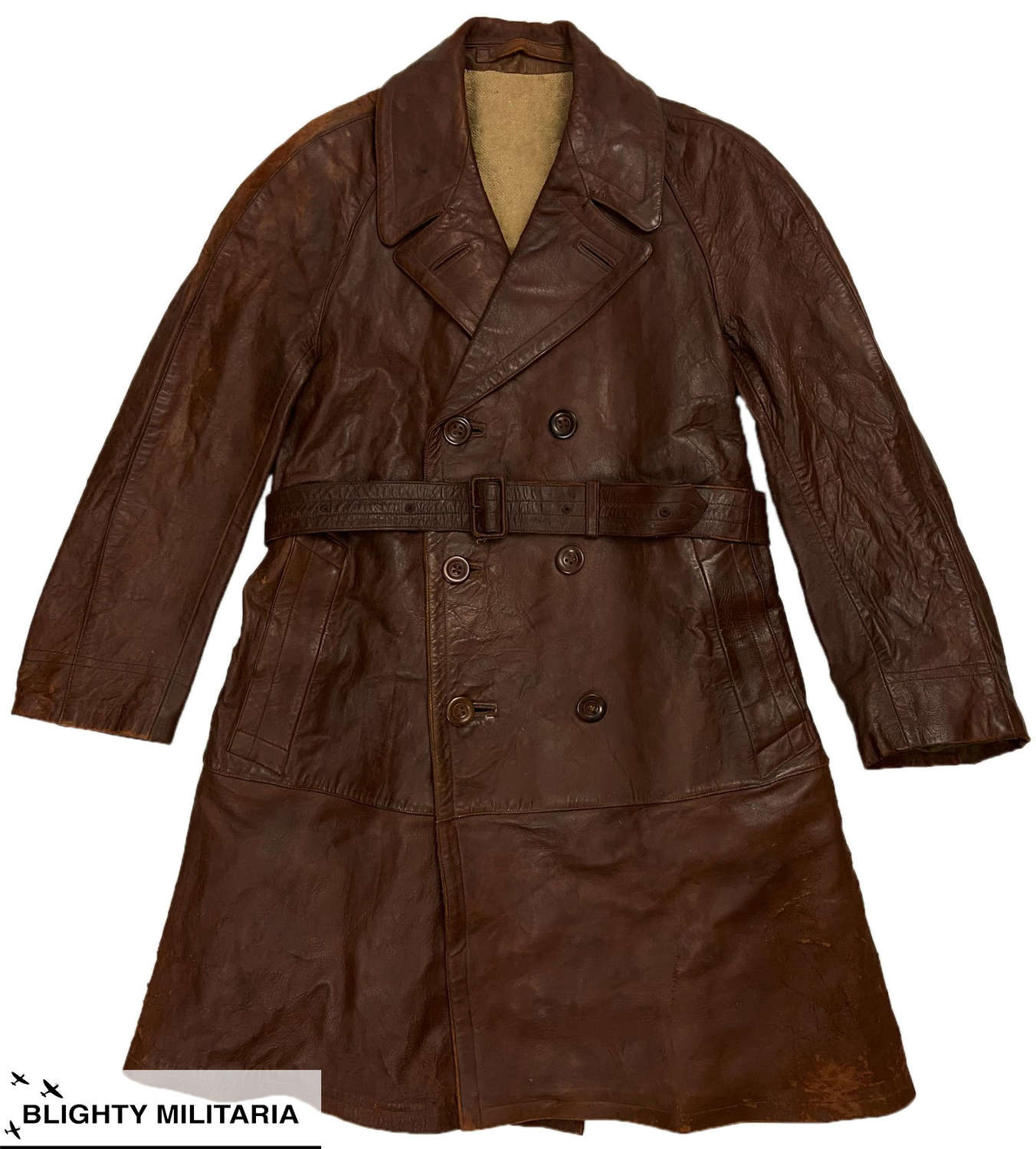 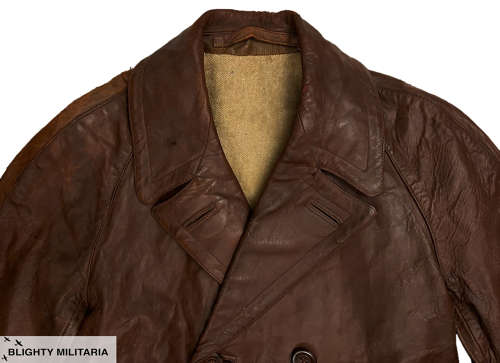 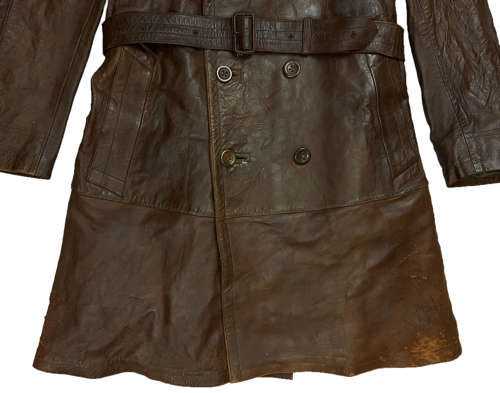 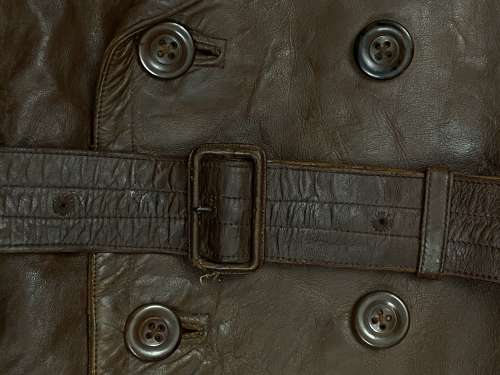 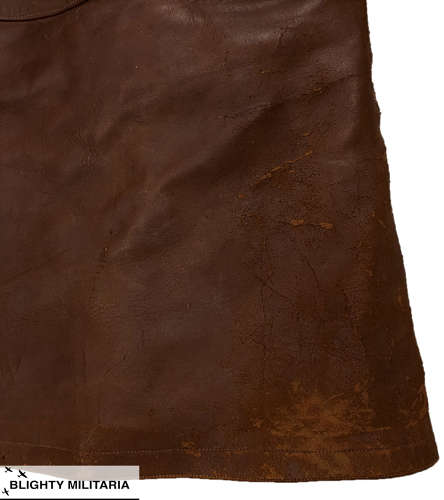 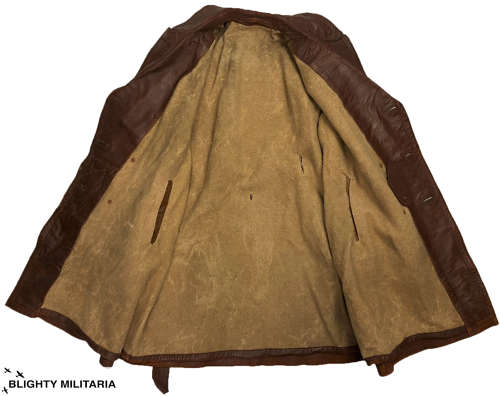 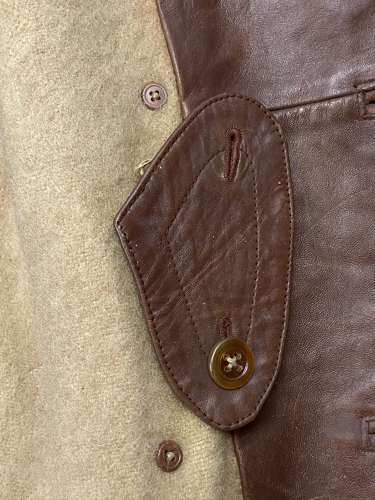 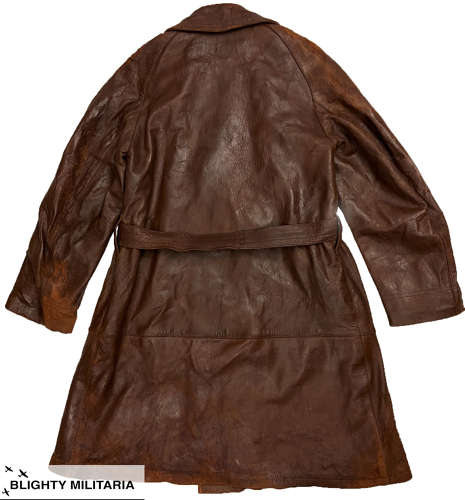 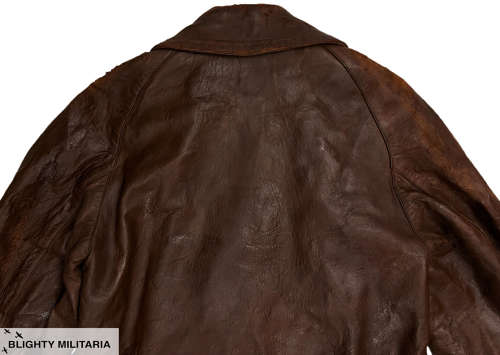 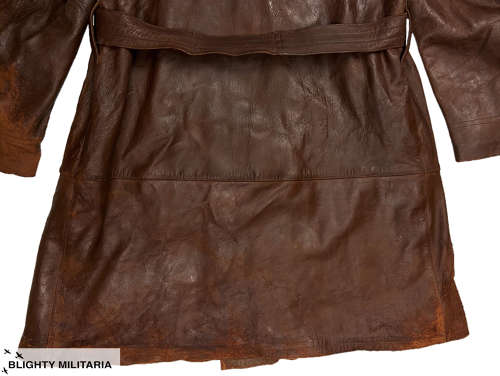 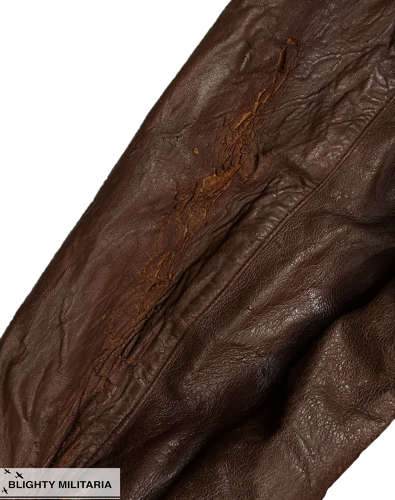 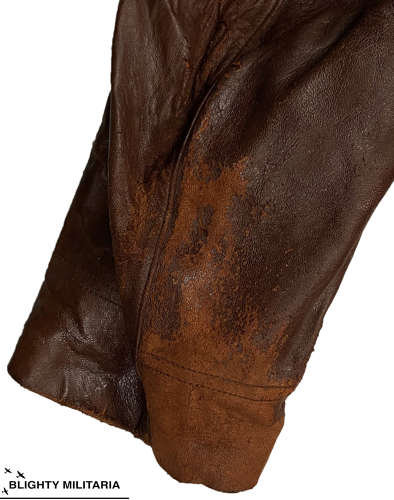 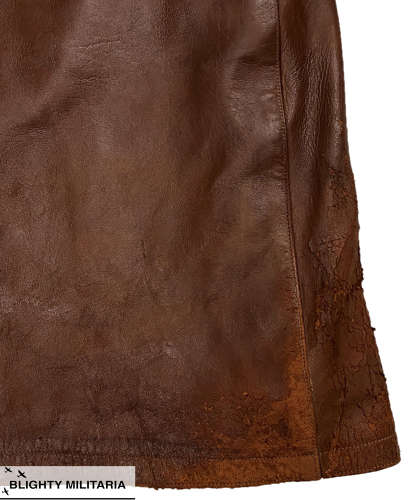 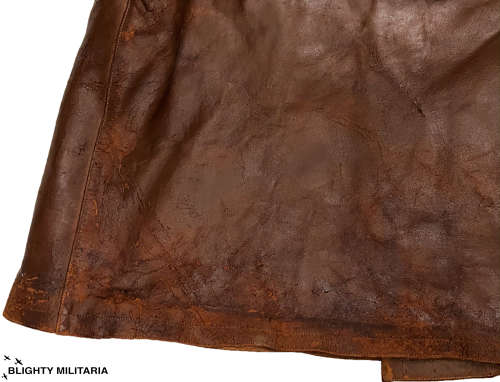 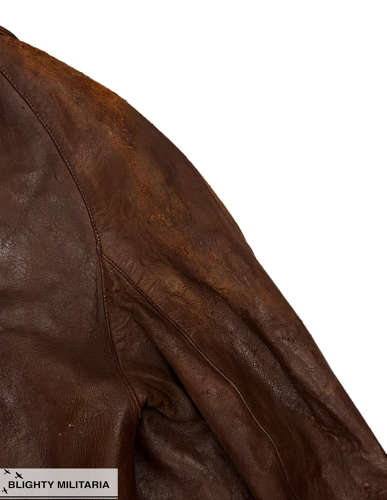 This coat belonged to a man in the inter-war period for use on his motorcycle. It was given to him by an older family member who served in the Royal Flying Corps during the Great War. This style of coat was used by flyers in the First World War, particularly at the beginning so it is possible that this example was used for flying.

This style of coat was extremely popular with men flying aeroplanes, driving cars and riding motorcycles from the turn of the century up until the early post Second World War period. The coat is made from a brown coloured leather and features a double breasted front which fastens with buttons. A waist belt is present to the middle which is also made of leather and features a single prong buckle. Slash pockets are located to each hip and the collar is notched, featuring opposing button holes. The interior of the coat is fully lined in a cream coloured blanket wool which is designed to keep the wearer warm in the open cockpits or open top cars of the day. The original throat latch is still present to the interior and a hanging loop is located to the neck.

The coat will suit around a 36" chest depending on desired fit. When laid flat it measures -

The coat is in reasonable condition with many signs of age and wear. There leather has many areas of wear including a large area to the rear of the right sleeve and various areas on the skirt. The leather is also bad across the lower shoulders and down the sleeves with more flaking and crazing. The lining is worn and there is a tear and a hole to the middle and one of the buttons which holds the throat latch to the coat is missing. These flaws have been reflected in the price and detailed in the pictures so please take time to study them.

A well worn coat which is a classic piece of British outerwear from the early part of the 20th Century.